It’s been four years since revived electric car brand Detroit Electric first announced plans for a Tesla Roadster-esque sports car. The company managed to get the car, called the SP:01, to the pre-production stage in late 2015 but a shortage of funding has kept it from completing all the regulatory hurdles required to start sales.

Fast forward to today and it appears Detroit Electric has been thrown a lifeline in the form of a major investment from Far East Smarter Energy Group. The Chinese company operates in a number of business areas ranging from the supply of power cables and batteries to over-the-counter drugs and other healthcare products. 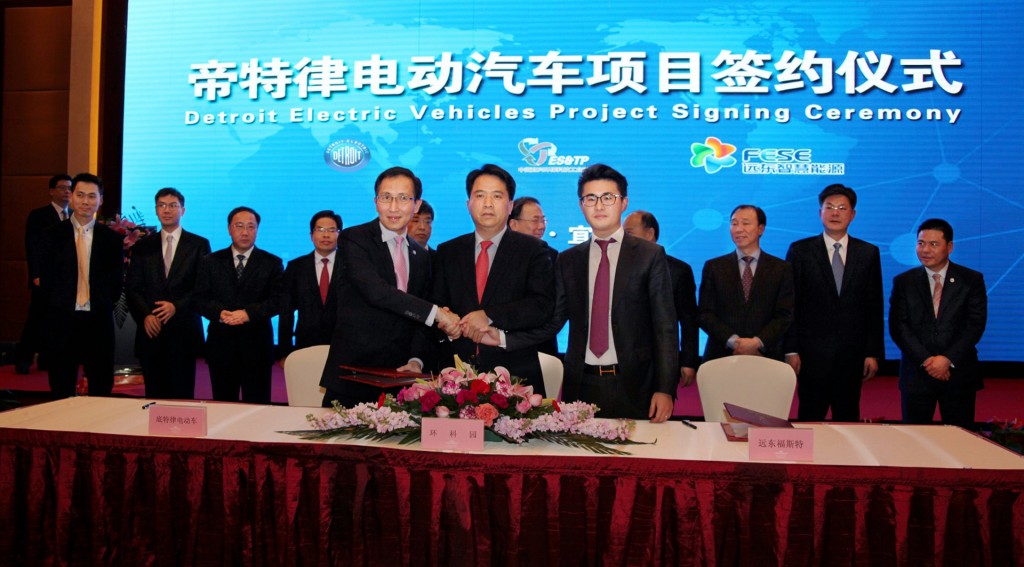 Crucially, the joint venture will also support Detroit Electric’s production plans for the SP:01 at the current plant in Leamington Spa in the United Kingdom. Around $370 million will be invested in the U.K. plant over the next four years to establish a new R&D center as well as develop additional models.

Beyond the SP:01, the joint venture plans to launch an electric SUV by late 2018 and a third model, likely a sedan, by 2020. The joint venture is targeting annual production of around 100,000 vehicles once the three models are launched.

“We have been working exceptionally hard over a long period to establish this joint venture and to secure funding for our ambitious new electric vehicle program,” Detroit Electric Chairman and CEO Albert Lam said in a statement. “So I am delighted to be able to announce this new joint venture which represents a significant boost to vehicle manufacturing and the EV industry in Europe and an important new step towards bringing our family of EVs to market.”