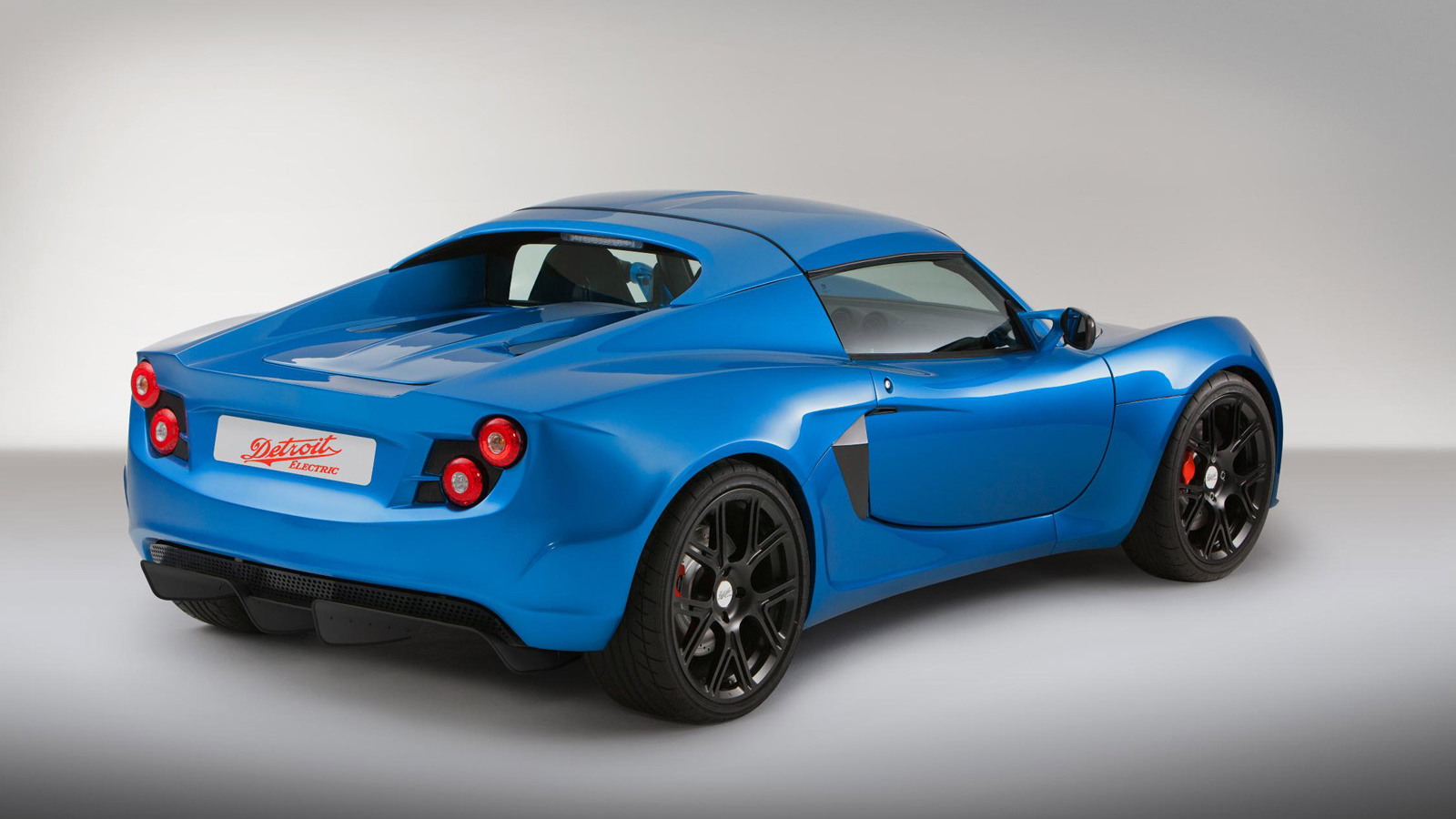 If you’re longing for a Tesla Roadster but aren’t prepared to drop your hard-earned on a used example, another electric startup, whose name dates back more than a century, has just unveiled its own Lotus-based electric roadster.

That startup is Detroit Electric, which, as promised a month ago, has unveiled its new SP:01 electric roadster.

The specifications of the new SP:01 are very similar to those of the Tesla Roadster, although Detroit Electric can lay claim to having the fastest all-electric production car on the market thanks to the SP:01’s top speed of 155 mph. The Tesla was limited to 125 mph.

The car is also good for a 0-62 mph time of just 3.7 seconds and Detroit Electric promises a range of more than 180 miles with mixed driving.

Spinning the rear wheels is an electric motor, rated at 150 kilowatts (201 horsepower) and 166 pound-feet of torque. Those figures are down on the peak output of the Tesla Roadster, which was developing as much as 215 kilowatts (288 horsepower) and 295 pound-feet of torque in its final form, but the SP:01, thanks to carbon fiber construction and more advanced battery technology, weighs in at just 2,354 pounds, which is almost 400 pounds less than the Tesla.

While on the move, the electric motor can also act as a generator, helping to top up the batteries under braking for example or driving down a hill. The car also has a discharge feature that allows owners to use its battery to power most electrical devices, including an entire home.

The SP:01 is based on a strong yet lightweight aluminum platform, with carbon fiber used for the body. In addition to this, the vehicle also features specialized performance-tuned suspension, steering and brake systems to provide sporty handling and dynamics.

One of the interesting features of the SP:01 is its available manual transmission, a rarity for EVs. Drivers can select one of four gear ratios for optimal acceleration, but unlike a conventional car, there is little need to change gear regularly as the electric motor provides plenty of torque throughout the rev-range. A two-speed automatic is also offered.

The SP:01 enters production in August and will be built in a limited run of just 999 examples. Pricing has been set at a reasonable $135,000, which includes a three-year, 30,000-mile warranty. This warranty can be extended to five years and 50,000 miles for the battery.

Detroit Electric’s headquarters are located in the Fisher Building in downtown Detroit, Michigan. The company’s historic name was revived in 2008 (the original Detroit Electric went bankrupt in 1939) and shortly after Albert Lam, a man that previously headed up the Lotus Engineering Group and Lotus Cars of England, joined the team.

Production of Detroit Electric’s cars will take place at a plant in Wayne Country, Michigan. The dedicated facility will have an annual capacity of 2,500 vehicles and create over 180 manufacturing and sales-related jobs over the next year.

The company is keeping quiet about its future plans but says more models are in the pipeline, including two new cars due out next year. The company also says that its models will be available worldwide through a network of specialist retail partners.