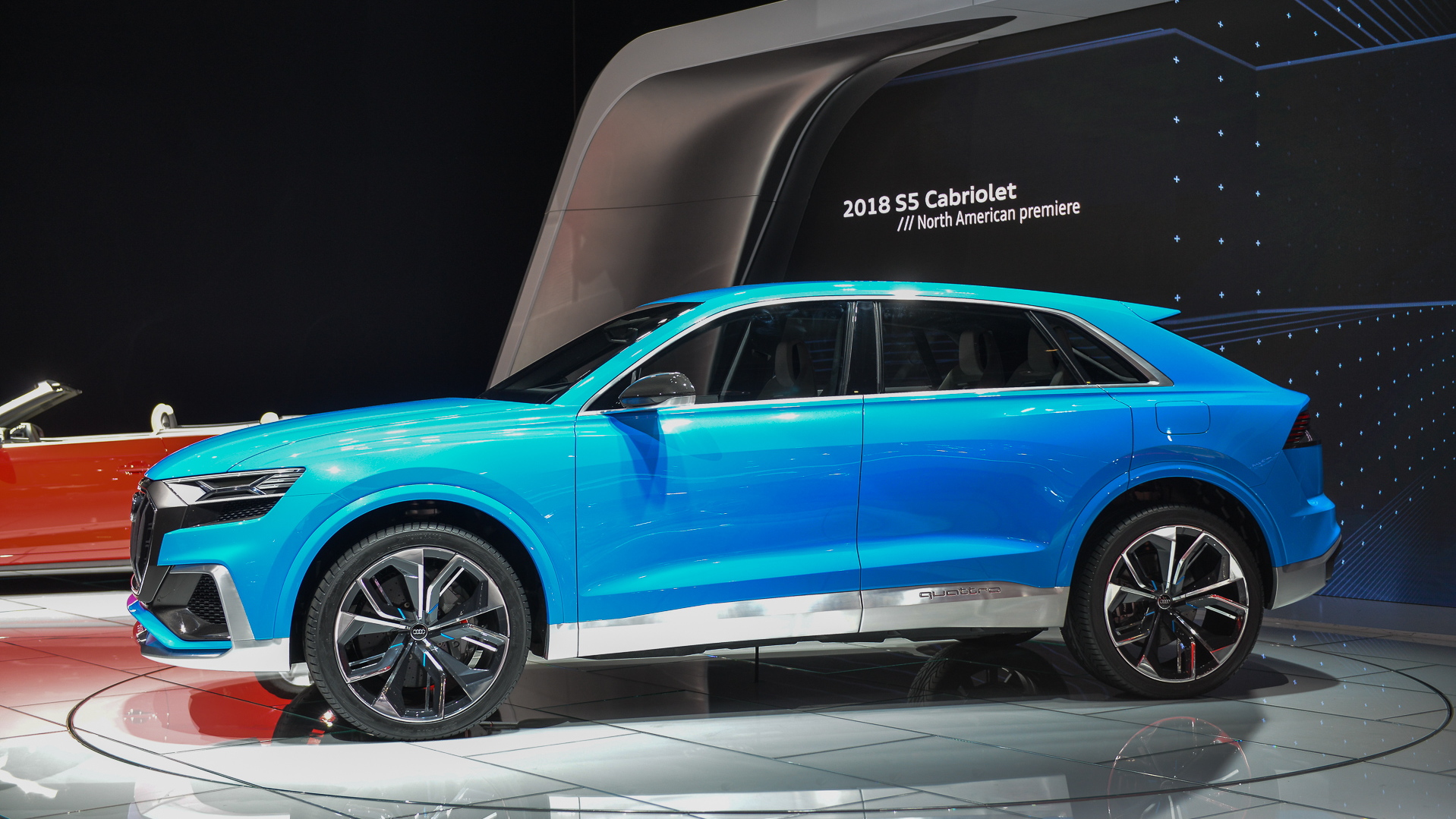 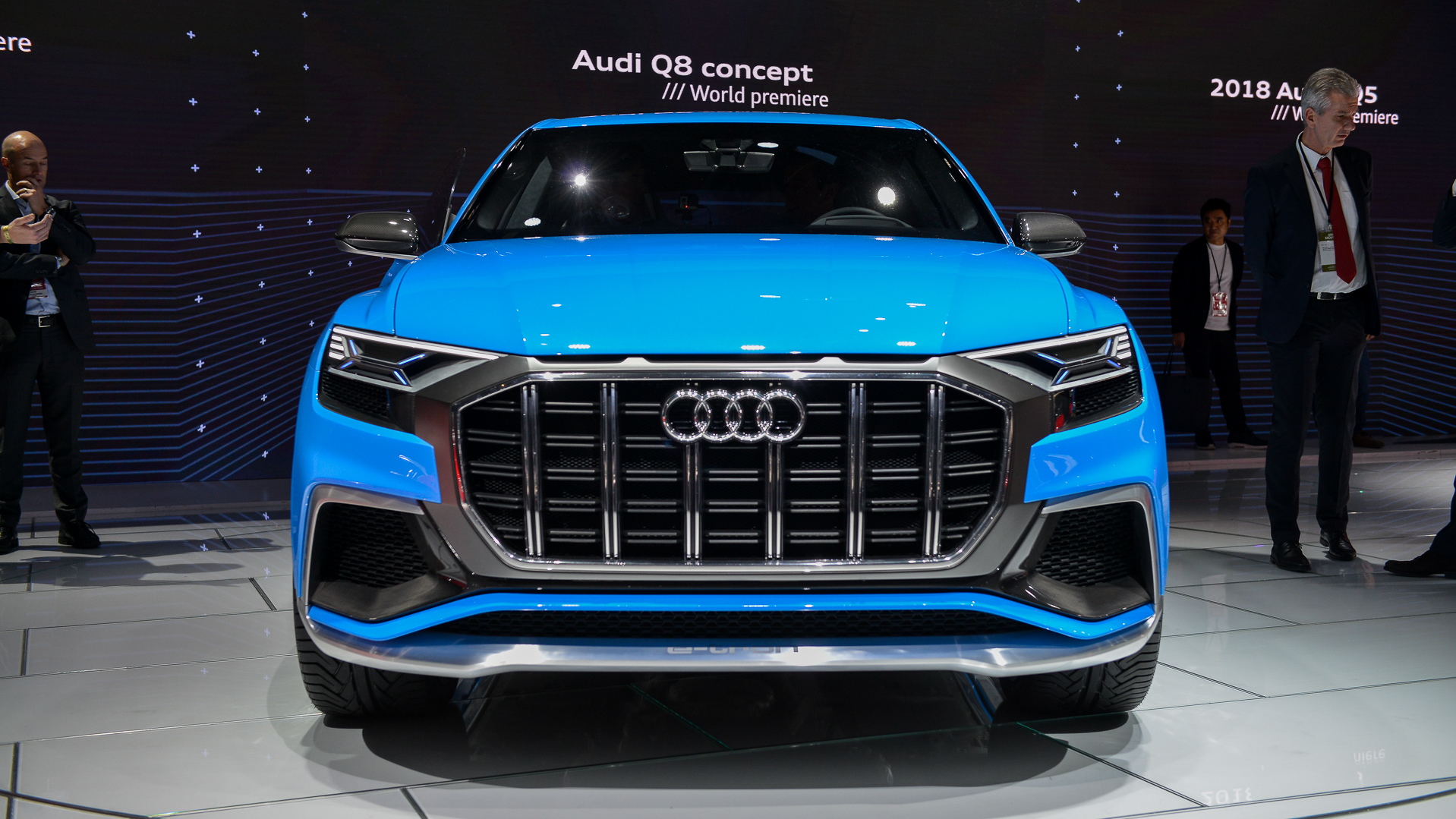 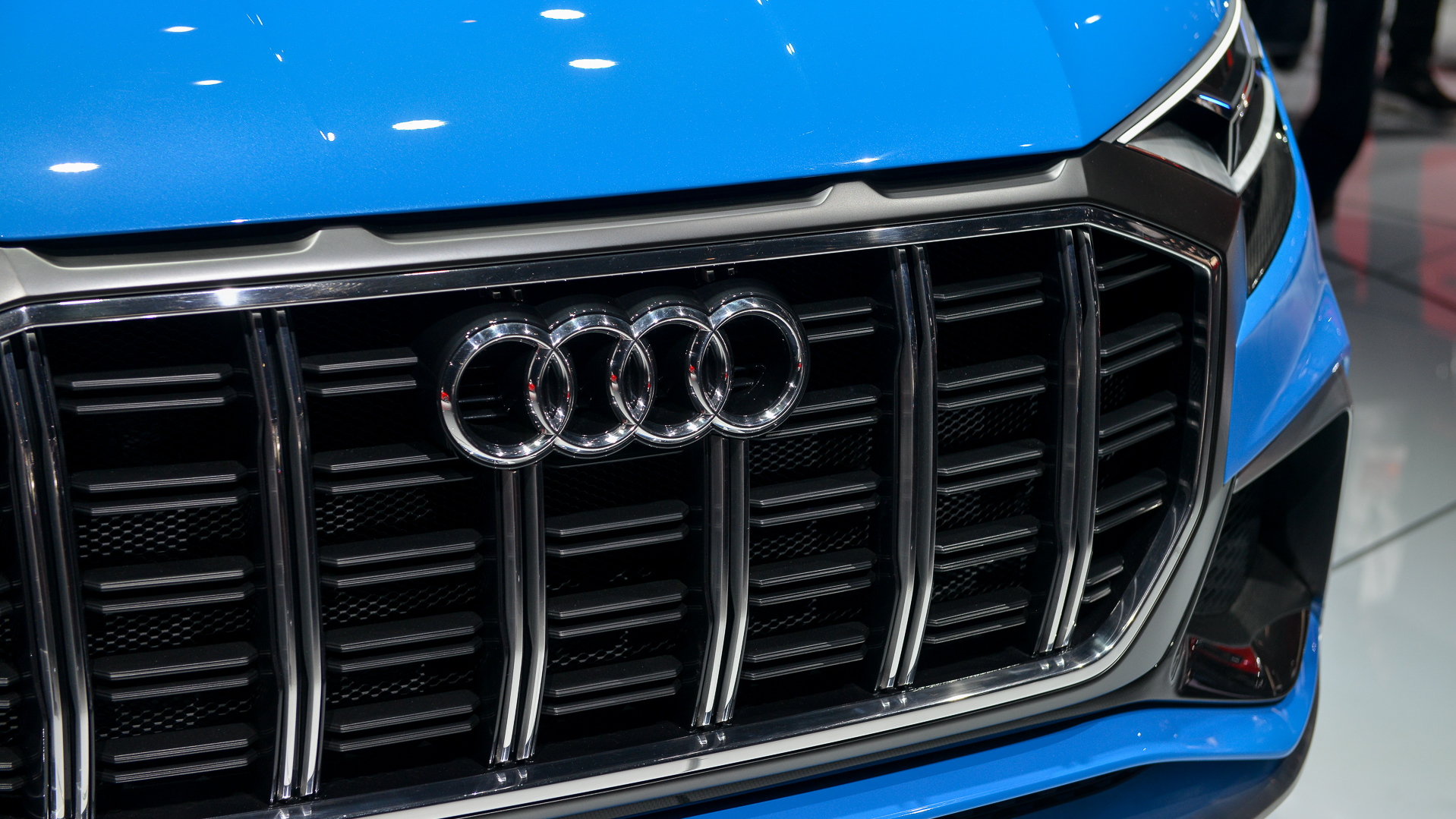 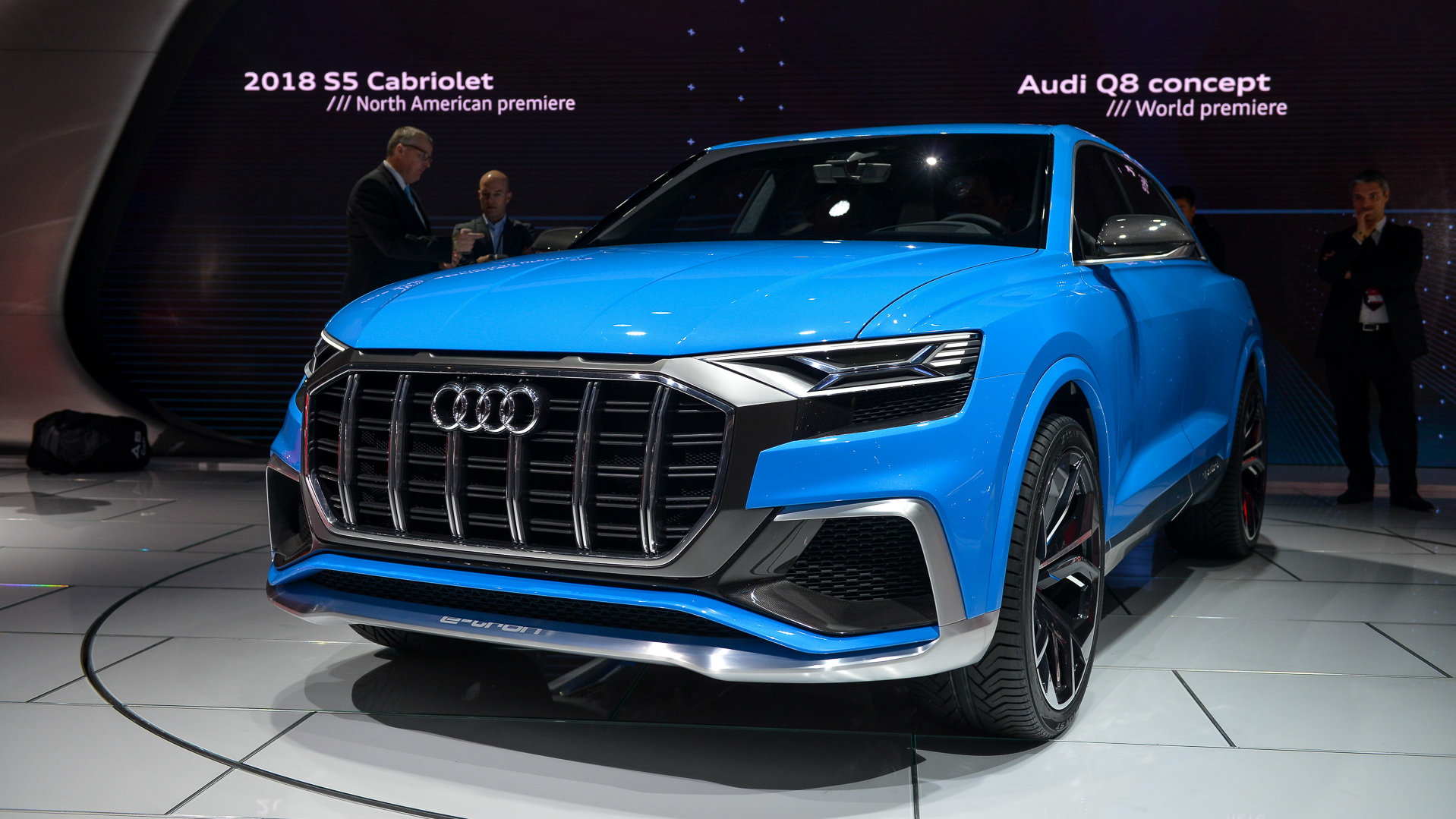 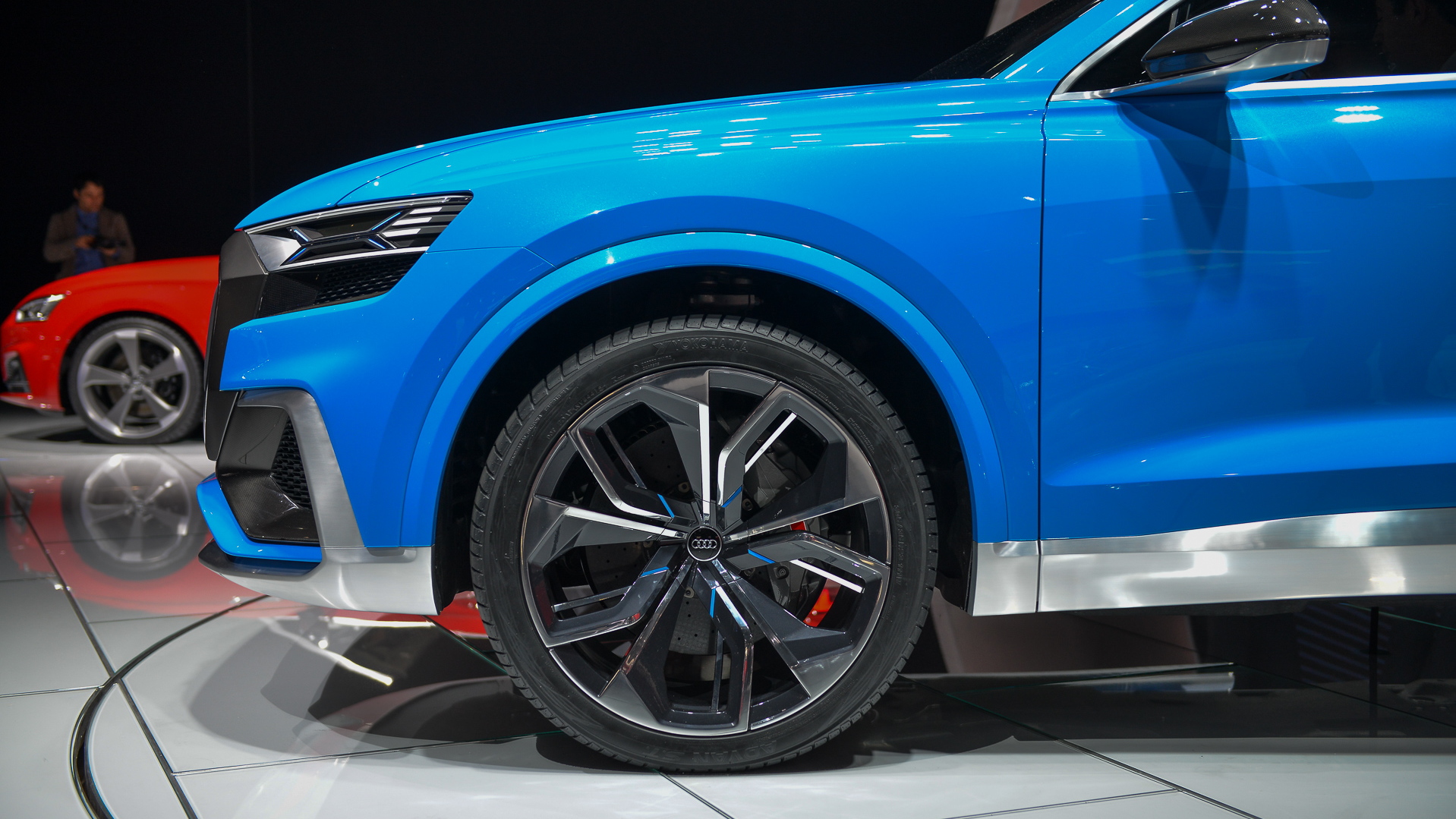 Audi on Monday unveiled a concept car at the 2017 Detroit auto show previewing a new range-topping SUV currently in the works.

The concept is called the Q8 and is set to spawn a production model of the same name in 2018. The production model was recently spied, and though heavily camouflaged it appears to share most of its lines with this concept.

The Q8 concept marks a slight change in styling at Audi. The signature singleframe grille is considerably wider than on other Q models, but it also has more shape to it and more vertical elements as opposed to horizontal slats. As for the rest of the body, Audi says many of the design elements are reminiscent of the Quattro sports car of the 1980s, including the wide but flat C-pillars and the flared shoulders above the wheels. Those shoulders give equal emphasis to the front and rear wheels to underline the presence of the quattro all-wheel-drive system.

The concept measures 16.5 feet in length, making it similar in size to the Q7, and thanks to a wheelbase of almost 10 ft it offers plenty of space for a maximum of four occupants. Being similar in size to the Q7 makes sense as the two vehicles share a platform, though instead of the boxy design of the Q7 the Q8 adopts coupe-like proportions pioneered in the SUV segment by BMW’s original X6.

Power comes from a plug-in hybrid system delivering 442 horsepower and 516 pound-feet of torque, which Audi says is enough for 0-62 mph acceleration in 5.4 seconds. The system combines a turbocharged 3.0-liter V-6 with an electric motor. The electric motor sits between the V-6 and an 8-speed automatic transmission and is powerful enough to drive the vehicle around town. Thanks to a 17.9-kilowatt-hour lithium-ion battery, the vehicle should be able to travel around 37 miles on electric power alone.

Beyond exterior and powertrain design, the Q8 concept also previews what’s to come for interiors in Audi’s high-end models. Of most significance is the dash layout and new interface. Information and commands are passed primarily through touch displays, with information relayed via a digital instrument cluster and head-up display.

The head-up display benefits from augmented reality-like functionality. It projects important displays onto the windshield in the driver’s direct field of view, seemingly placing them in the real environment. For example, a navigation arrow appears in the same position as an actual arrow on the road. The notifications from the driver assistance systems also merge the virtual and physical worlds, according to Audi.