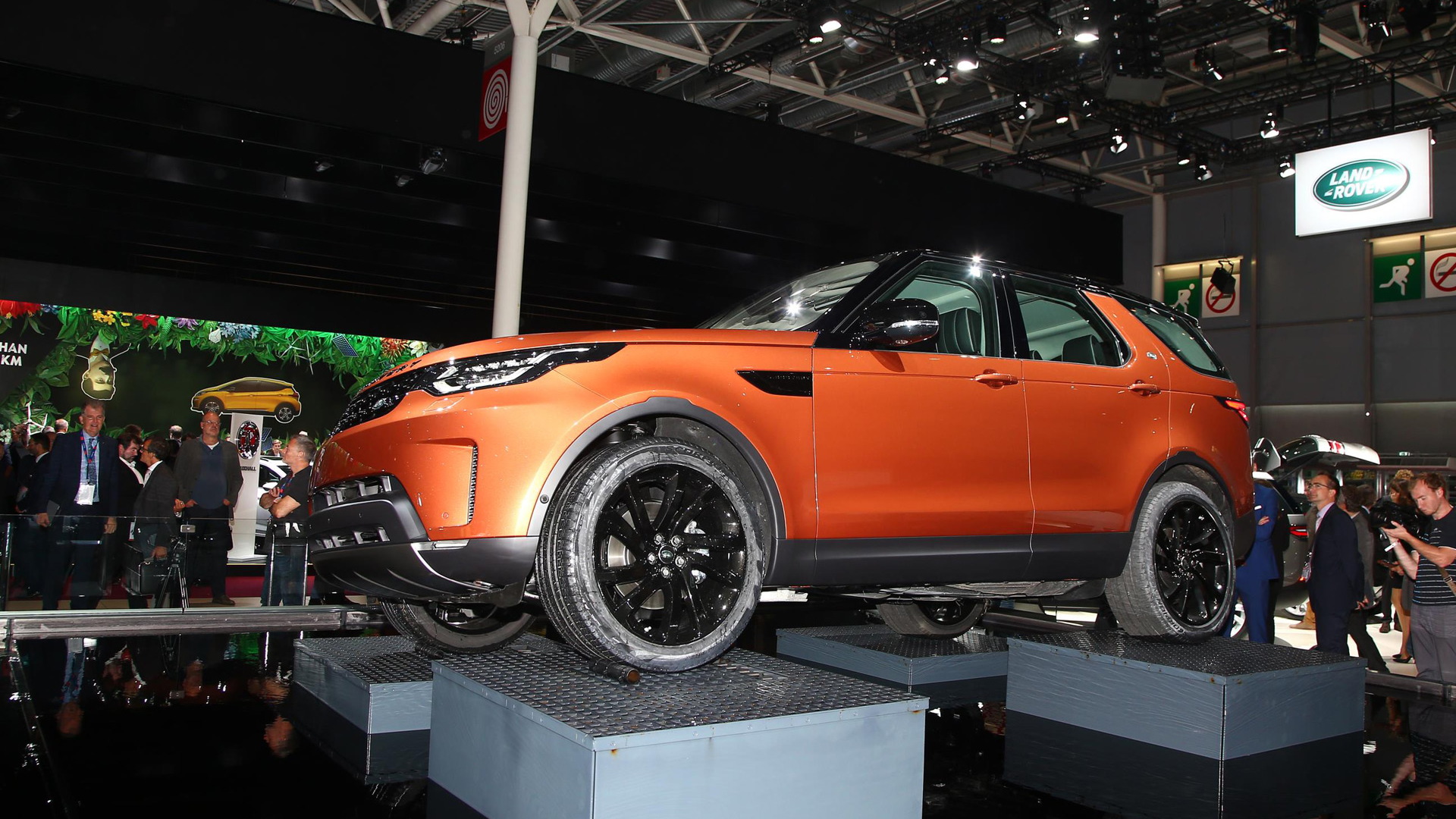 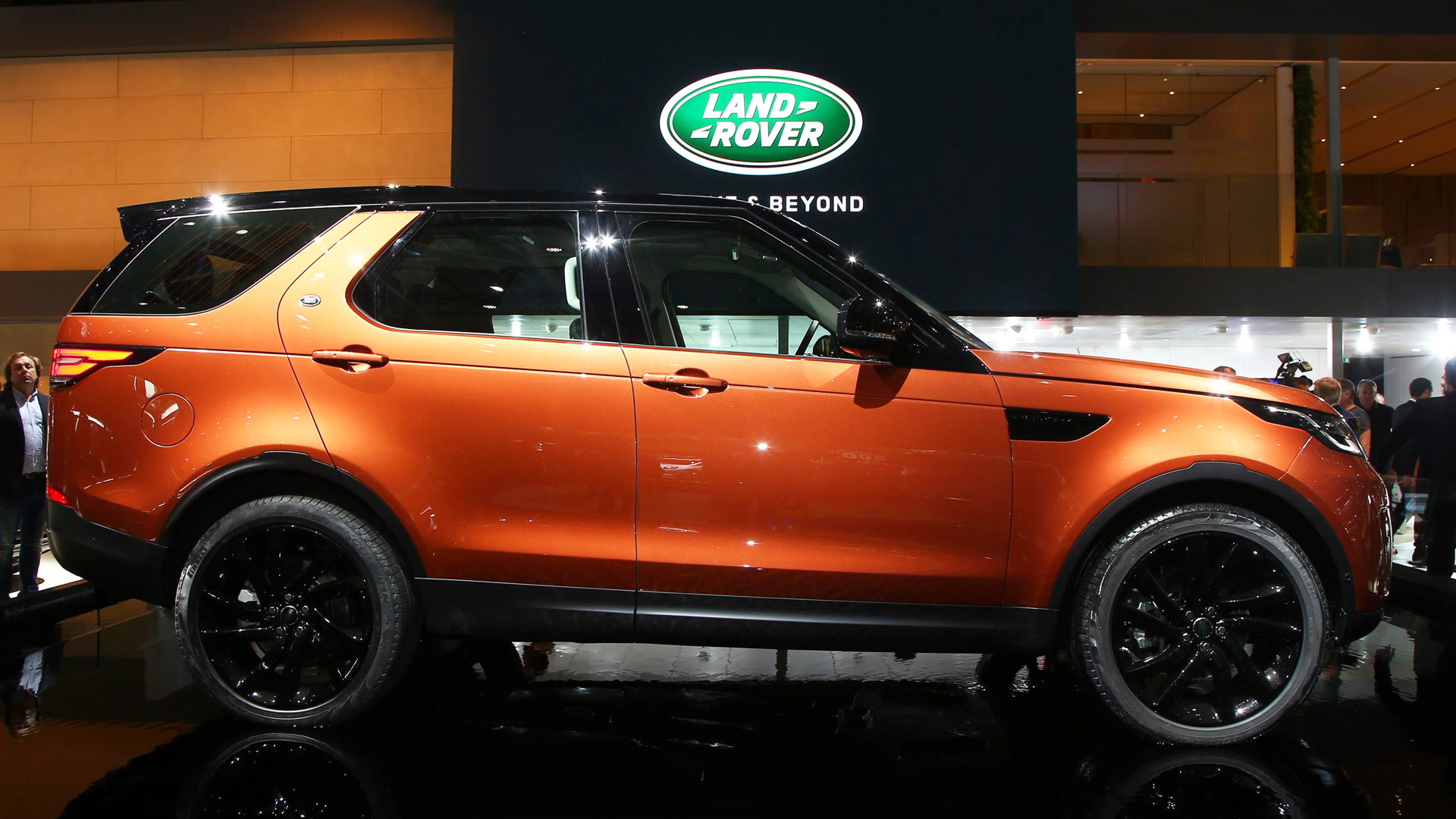 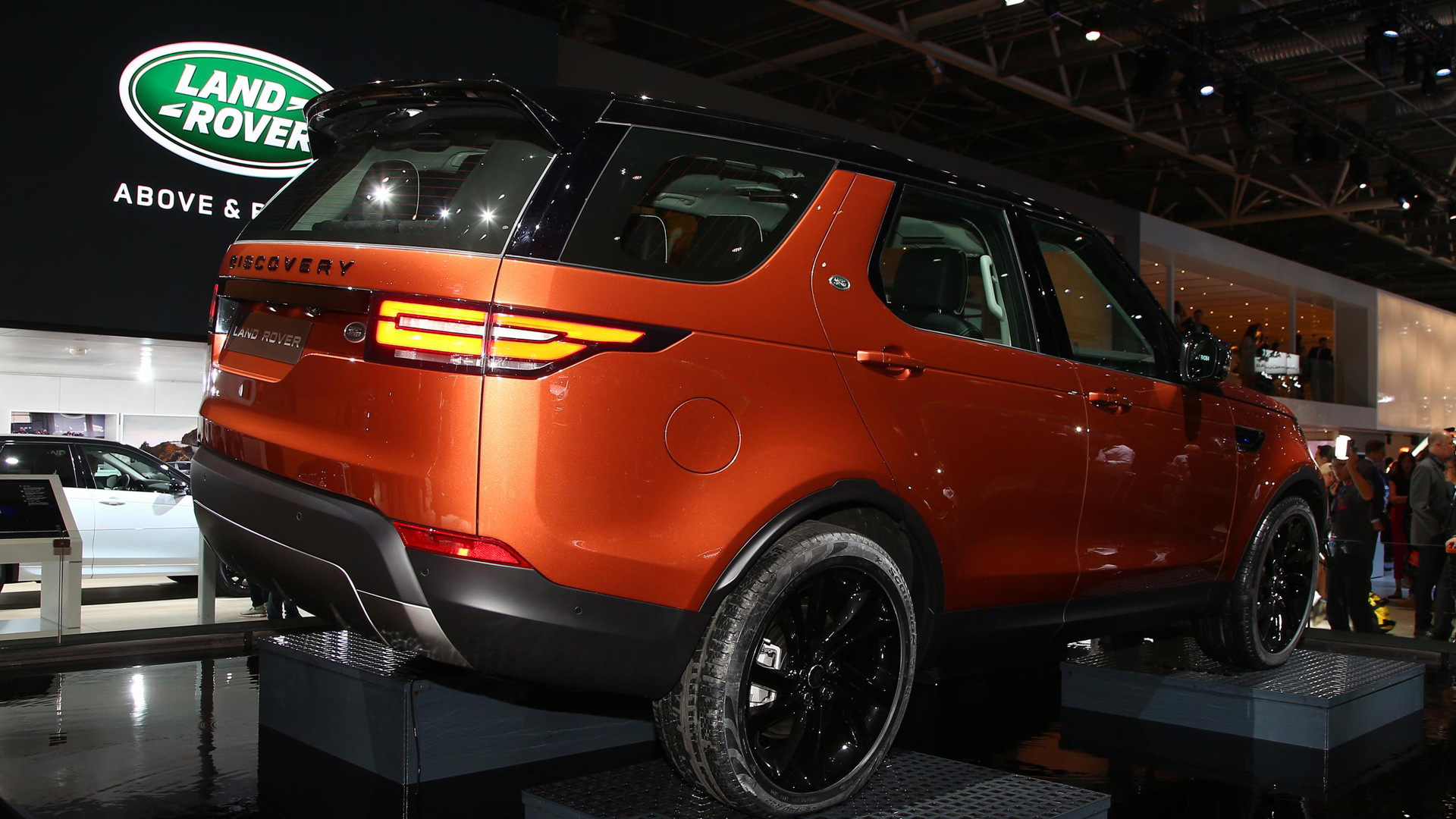 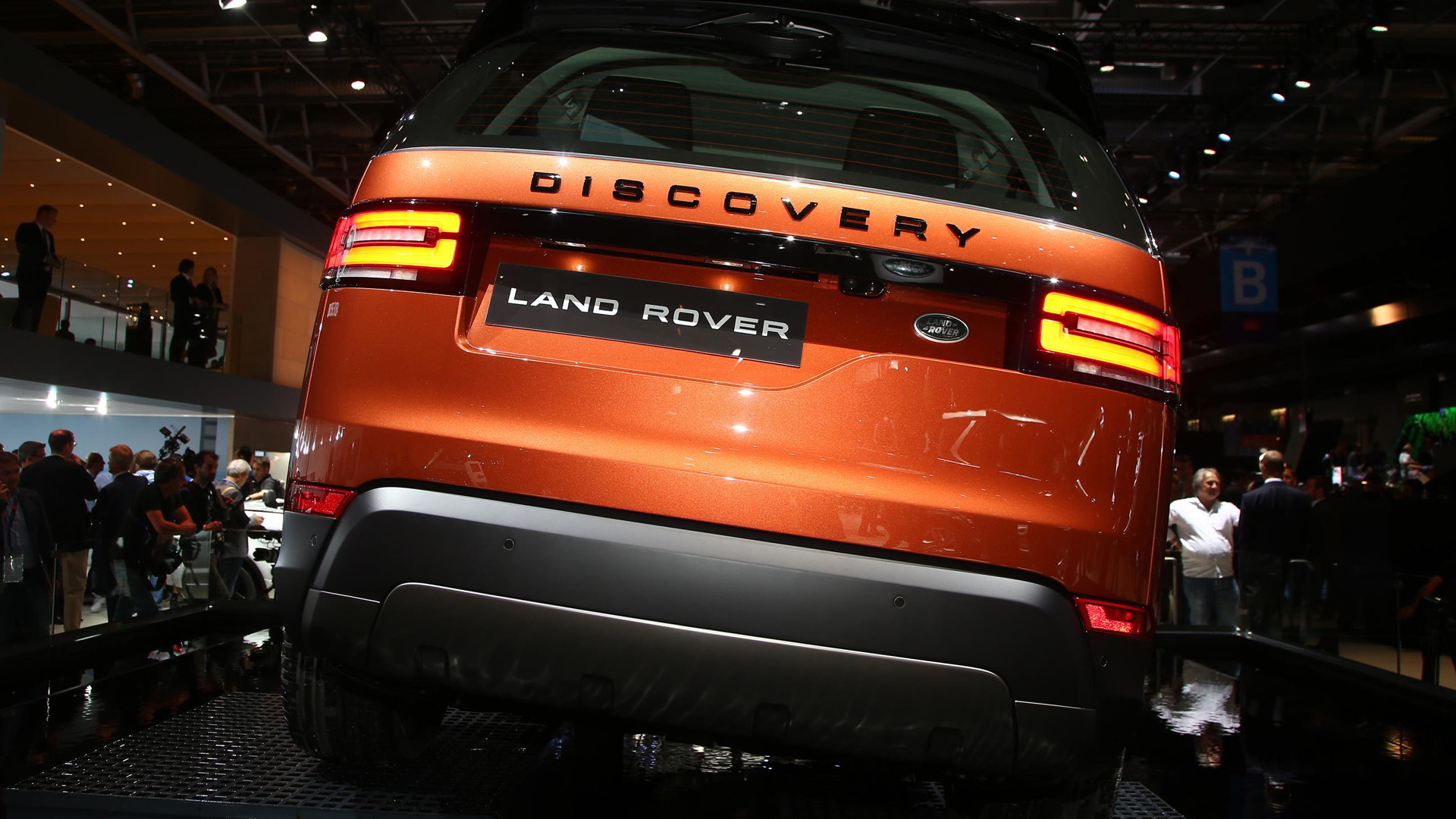 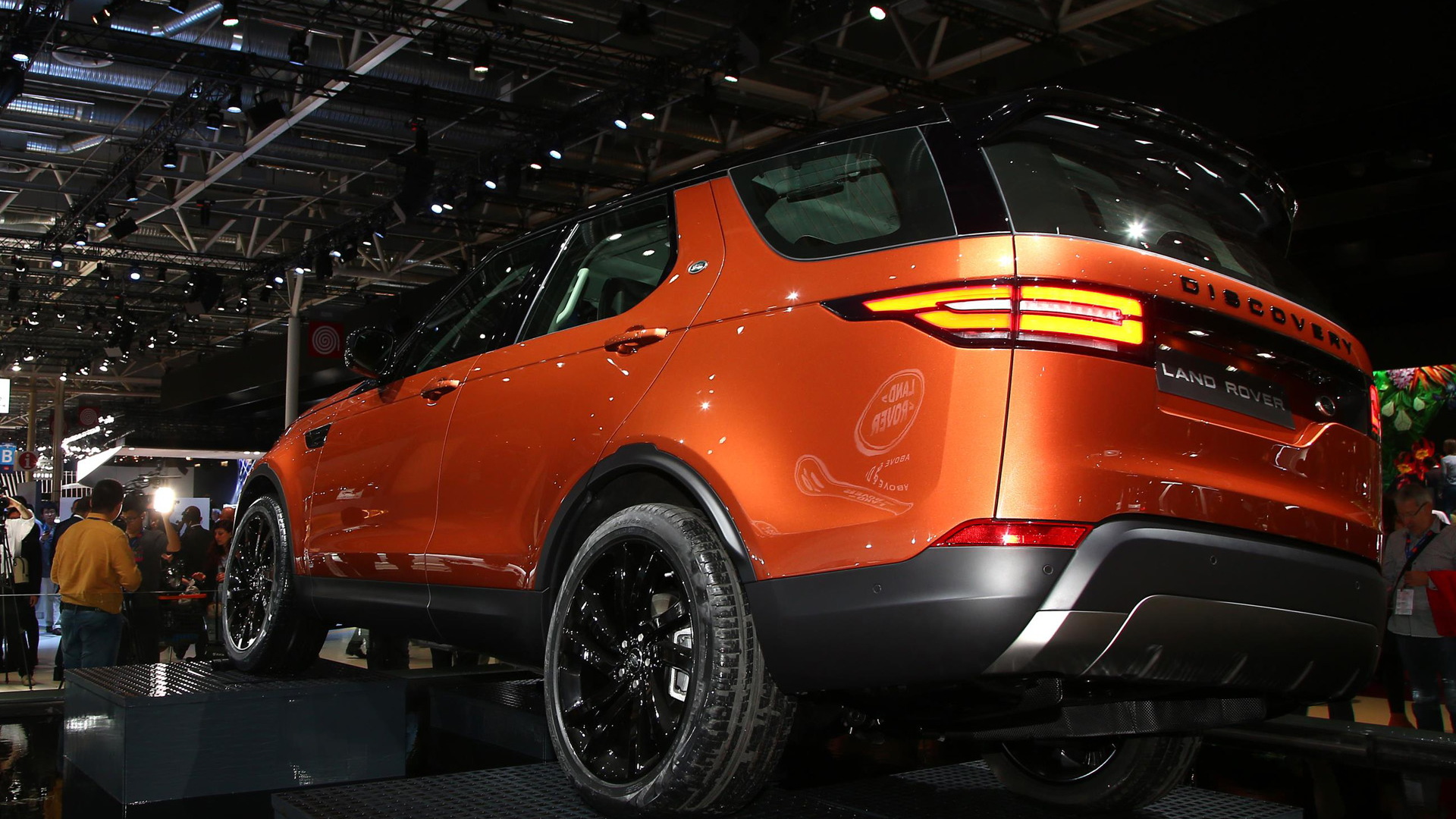 The Discovery is back. Land Rover will revive the nameplate it retired in the 2005 model year, while it sends the LR4 nameplate to the archives.

The new Discovery will team up with the Discovery Sport on the more rugged side of the Land Rover brand, while the luxury side of the house continues to purvey the Range Rovers--including RR Sport and Evoque.

Compared with rivals like the BMW X5, Mercedes GLE-Class, and Audi Q7, the Discovery has a tougher reputation to live up to, given that the original plowed through ruts from Malaysia to Belize. In terms of styling, it's a softer, more crossover-like shape that it'll ply. The new Discovery draws heavily on the Discovery Sport, though its aluminum body is actually more closely related to the Range Rover and Range Rover Sport. Even Land Rover admits it's a radical departure from the Disco's T-square-drawn past.

Some details remain: the roofline jumps up an inch or two over the third-row and cargo areas, though the leap isn't as pronounced as in years past. Because it's British, of course the roof can be ordered in a contrast color.

The cockpit is pure Land Rover, circa Gerry McGovern. It's a simple intersection of a wide horizontal dash and a wide vertical center console, with absolutely no fussy design frills, just gloss-black trim, a rotary shift controller, a few rocker switches for off-road gear, and a wide 10-inch touchscreen for the infotainment system. The materials do the talking for the cabin, against a discreet framework.

Two powertrains come with the 2017 Discovery headed to U.S. showrooms. The entry-level choice is the familiar Jaguar Land Rover 3.0-liter supercharged V-6. It delivers 340 hp and 332 lb-ft of torque, and is coupled to standard four-wheel drive via an 8-speed automatic transmission.

The upgrade comes in the form of a 3.0-liter turbodiesel V-6. It pegs the needles at 254 hp and 443 lb-ft of torque; it's the same engine offered in the Range Rover lineup, and is a smart alternative in those vehicles, so we expect it'll be the better choice in the Disco as well.

Electric power steering, a strut and integral-link suspension, and a body that weighs about a thousand pounds less than that of the LR4 are the other main tech highlights of the new Discovery--until attention turns off-road.

Land Rover says this will be one of the most capable vehicles it sells, in that regard. For starters, ground clearance is up 1.7 inches, to 11.1 inches. Fording depth is up about 8 inches, to 35.4 inches. The Discovery has all the latest software to help it perform when the road goes away: there's Terrain Response 2 and All-Terrain Progress Control, which both modulate power, gear selection, and throttle to deal with a wide range of driving surfaces, from mud to slick rock.

The Discovery also has some cutting-edge towing ability. Its max tow rating is 8,201 pounds, and a new tow-assist package lets the vehicle take over the steering inputs needed to guide the Disco and whatever's hitched to it, all done via its electric power steering, cameras, and sensors.

With seven seats spread over three rows, the Discovery will give families a lot more space than the compact Discovery Sport, with its unusual +2 third-row seat. In this case, the third-row seat is said to be sized for adults, and the seats are mounted slightly higher so passengers have a fair view of the road ahead.

The Disco may also be the first vehicle with a smartphone-controlled third-row seat. Dial up Land Rover's InControl Touch Pro app, and configure the seating while you're in line at Costco, or so the promise of technology goes. In the front two rows of seats, they'll have to make do with heating and ventilation.

All told, the Discovery can handle up to 82.7 cubic feet of cargo behind its front seats. There's even a stadium-style seat built into the rear end; it folds out and is protected overhead by the full-size, one-piece tailgate.

On the features list, the Discovery will offer the InControl infotainment system, along with a 17-speaker Meridian audio system and in-car wireless hotspot. Six power points and as many as 9 USB ports can be fitted--as can an Activity Key wristband, which lets drivers lock the key in the car, and wear a Fitbit-style waterproof band that can lock and unlock the vehicle.

The Discovery arrives in showrooms in mid-2017; pricing starts at about $50,000, before destination charges.