The state of California alone represents one of the single biggest market for automakers, so its annual auto show held in Los Angeles always manages to draw in the big names, along with numerous world debuts.

For the 2016 show, organizers have already confirmed at least 20 world debuts, from brands such as Alfa Romeo, Chevrolet, Jeep, Mazda, Mini, Subaru and Volkswagen. This year the theme is definitely family SUVs, though there will be a few performance and luxury offerings too.

As usual, the Motor Authority team will be bringing you all the latest info and photos direct from the show floor once the action gets underway November 14. In the meantime, here's our hand-picked list of some of the stars, as well as what we know so far about them. 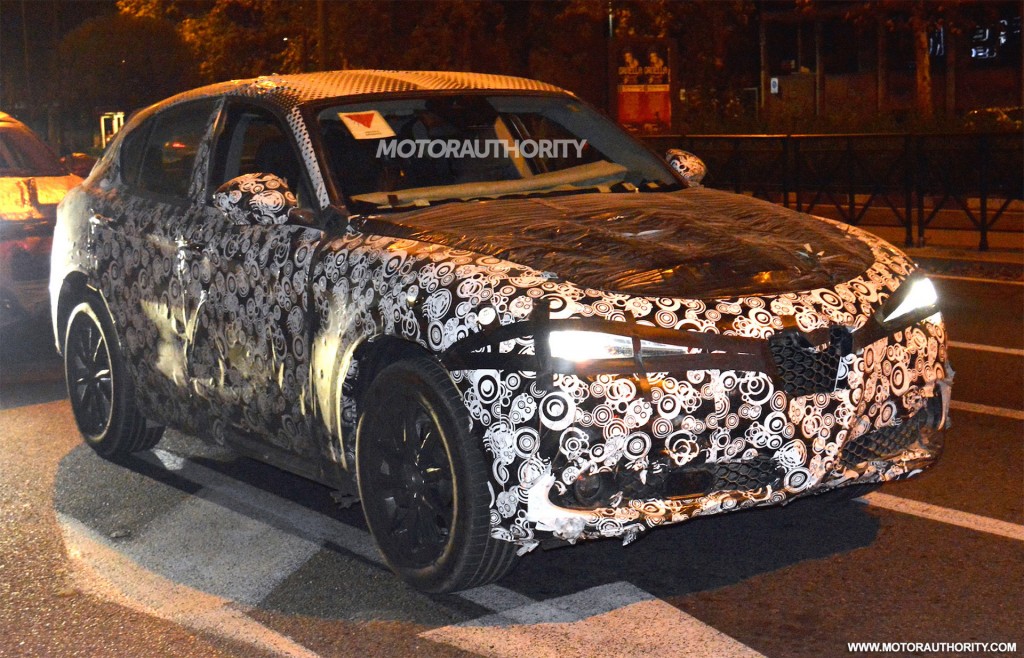 2018 Alfa Romeo Stelvio: The third model in Alfa Romeo’s brand renaissance, the Stelvio SUV, will be unveiled in L.A. Our spy shots and a small leak already give us a visual taste of what’s to come and the Giulia sedan, which goes on sale later this year, gives us a taste of what's under the skin. The regular models should come with a turbocharged 2.0-liter inline-4 delivering 276 horsepower and 295 pound-feet of torque, matching the numbers the engine produces in the Giulia’s base and Ti (Turismo Internazionale) trim levels. There should also be a range-topper equipped with a twin-turbocharged 3.0-liter V--6.

2018 Volkswagen Atlas: Another important SUV debuting in L.A. will be Volkswagen’s long-awaited Atlas. This is the vehicle that was first previewed in 2013 by the CrossBlue concept. It will be built at VW’s plant in Chattanooga, Tennessee and is expected in showrooms in the spring of 2017. It arrives as a 2018 model. Two engines will be available at launch: a turbocharged 2.0-liter inline-4 and a naturally-aspirated 3.6-liter V-6. 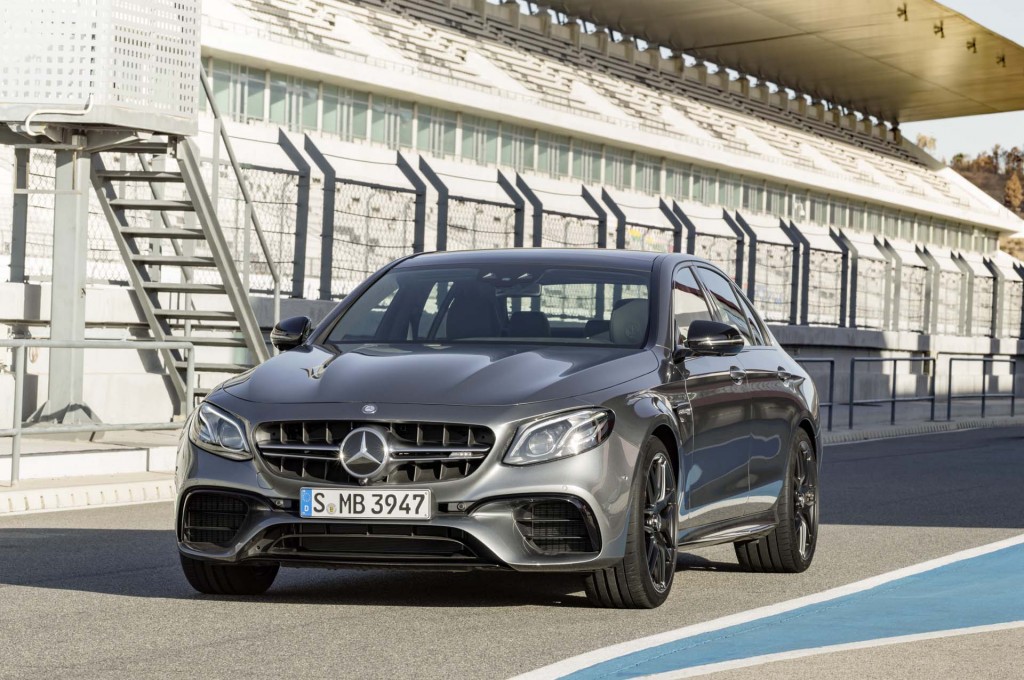 2018 Mercedes-AMG E63: One of the cars we’re most looking forward to is the new E63 from Mercedes-AMG. It’s debuting in both regular and sportier S trim, and once again the car will be offered with all-wheel drive as standard. There’s a new Drift mode, though, and it enables the car to turn into a rear-wheel-drive beast. The E63 will come with 563 hp and 553 lb-ft while the E63 S will have 603 hp and 627 lb-ft. The latter is said to be capable of 0-60 mph acceleration in just 3.3 seconds and a top speed of 186 mph. 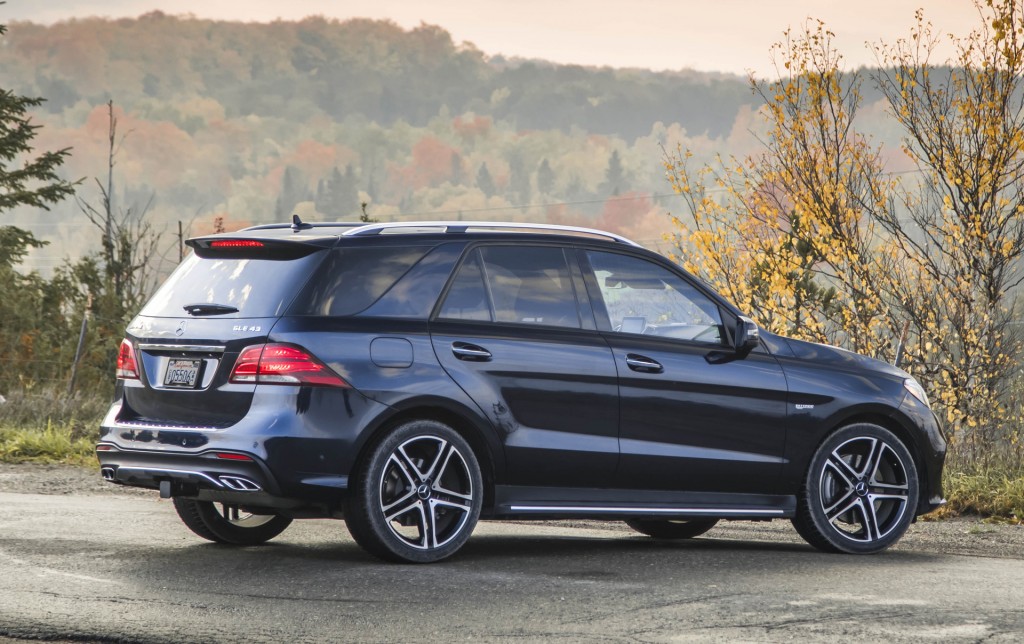 2017 Mercedes-AMG GLE43: Mercedes-AMG will also use the L.A. auto show to present its new GLE43. The GLE43 is the ninth model to receive AMG’s “43” badging. Its specifications are almost identical to those of the outgoing GLE450 AMG, which it replaces, including its twin-turbocharged 3.0-liter V-6 delivering 362 hp and 384 lb-ft. This is enough, Mercedes says, for 0-62 mph acceleration in 5.7 seconds and a top speed of 155 mph. 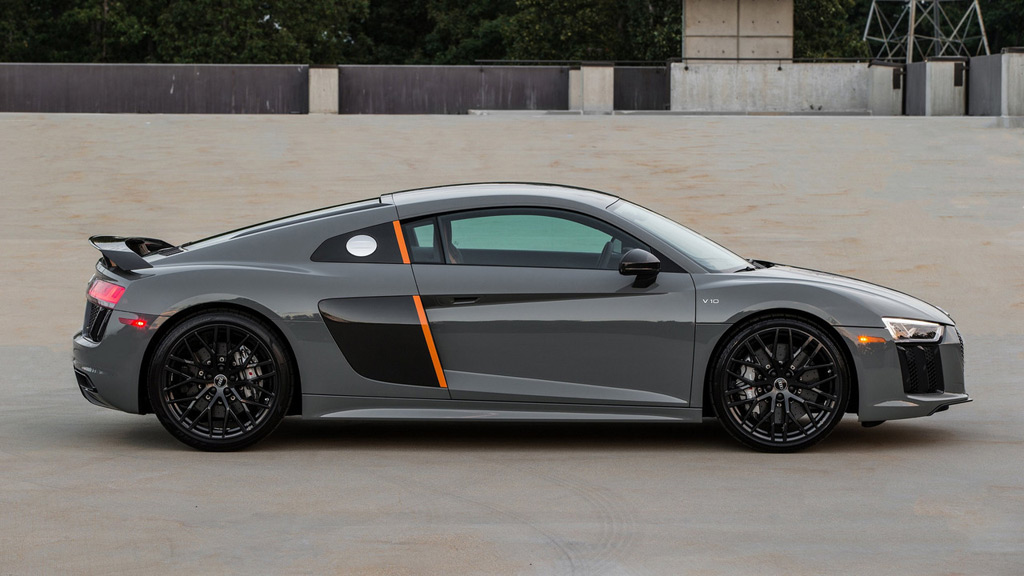 2017 Audi R8 V10 Plus Exclusive Edition: American buyers missed out on Audi’s last R8 equipped with laser headlights but that won’t be the case the second time around. The latest laser-equipped Audi is called the R8 V10 Plus Exclusive Edition and it can easily be spotted by its Quantum Gray exterior with yellow accents. Just 25 will be built and once again the lasers will only be for the high beams.

2017 Mazda CX-5: One of the vehicles sure to draw in the crowds will be Mazda’s redesigned CX-5. This vehicle has already been spied in prototype form and looks to be taking on a sharper, more dynamic look. Most of the mechanicals will be shared with the outgoing model, including a platform and most likely an engine lineup. Mazda is only willing to state that the vehicle features the next evolution of its Kodo design language along with updated tech. 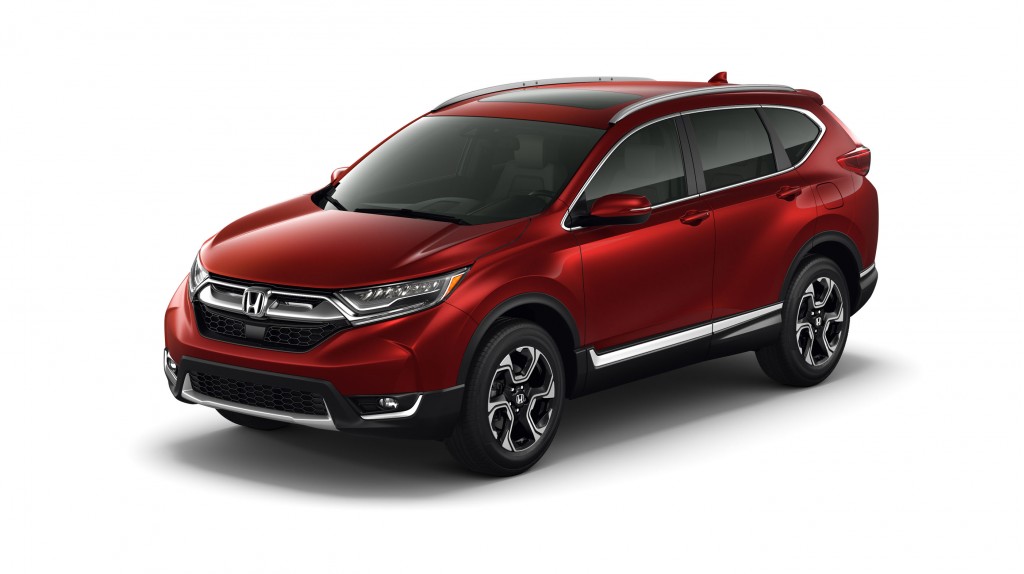 2017 Honda CR-V: There will be plenty of rivals for the CX-5 in L.A. One of these will be a redesigned Honda CR-V. Due in showrooms in the winter, the 2017 CR-V, the fifth generation of the popular SUV, boasts a handsome look, a much more refined interior, and the nameplate’s first-ever turbocharged engine. The platform, meanwhile, is a stretched version of the light yet stiff design that debuted in the 2016 Civic.

2017 Jeep Compass: Jeep will use the L.A. show for the North American debut of its new Compass. The vehicle, which replaces both the outgoing Compass as well as the Patriot, was shown for the first time at Jeep's plant in Brazil back in September. It rides on a stretched version of the platform found in the Renegade and is expected to offer a new turbocharged 2.0-liter nicknamed the Hurricane. There will also be an off-road-oriented Trailhawk model. 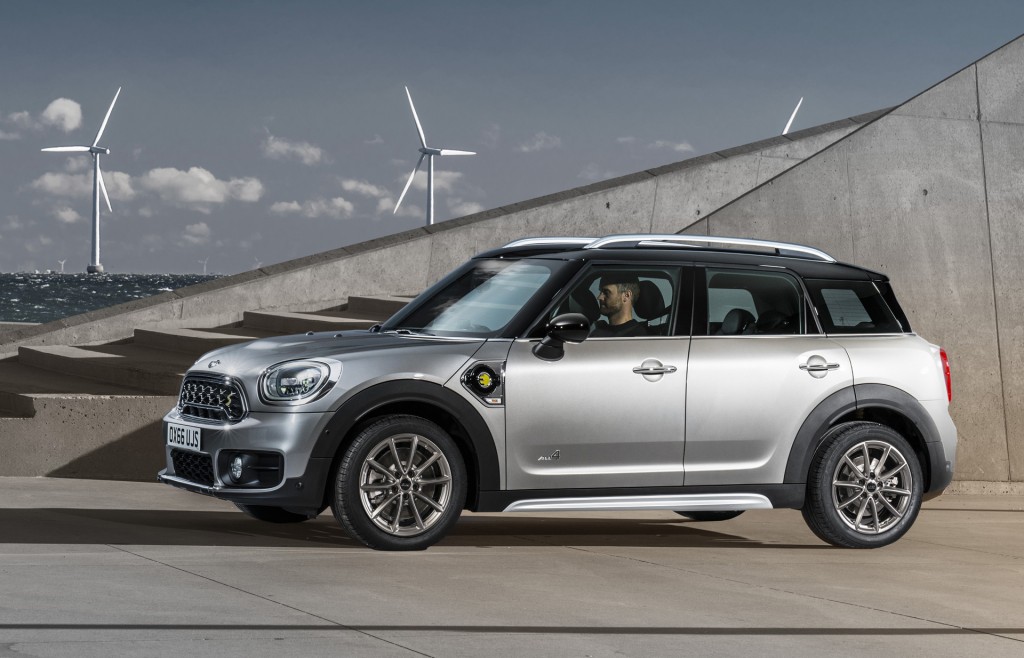 2017 Mini Countryman: Mini will introduce a bigger, more sophisticated Countryman SUV in L.A. It represents the nameplate’s second iteration and this time there’s a plug-in hybrid model. The vehicle should appeal to more buyers as Mini has upped the size compared to the outgoing model. Mini says there’s around 30 percent greater cargo capacity which equates to 17.6 cubic feet with the rear seats up and 47.6 cu ft when folded. Apart from the plug-in hybrid setup, most powertrains are borrowed from the Hardtop and Clubman. 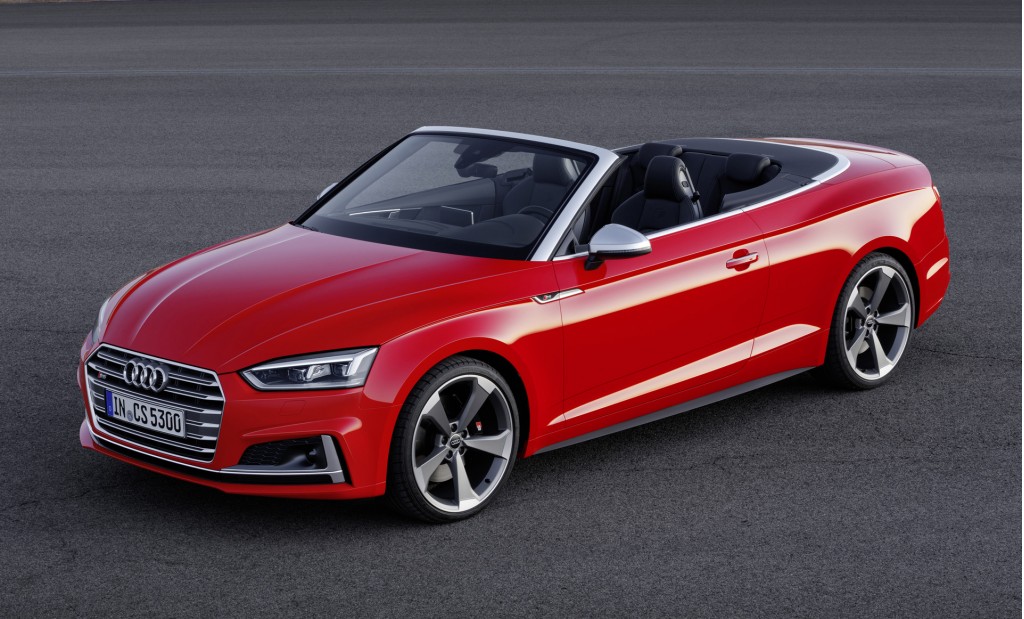 2018 Audi A5 Cabriolet: The third and final body style for Audi’s second-generation A5, the Cabriolet, will debut in L.A. There are no surprises here regarding the car’s design. Like the previous model, the new A5 Cabriolet dons an automated soft-top roof, padded with extra insulation to ensure it blocks out traffic and wind noise. There will be both the regular A5 as well as the sportier S5, with the latter receiving a turbocharged 3.0-liter V-6 with 354 hp and 369 lb-ft on tap. 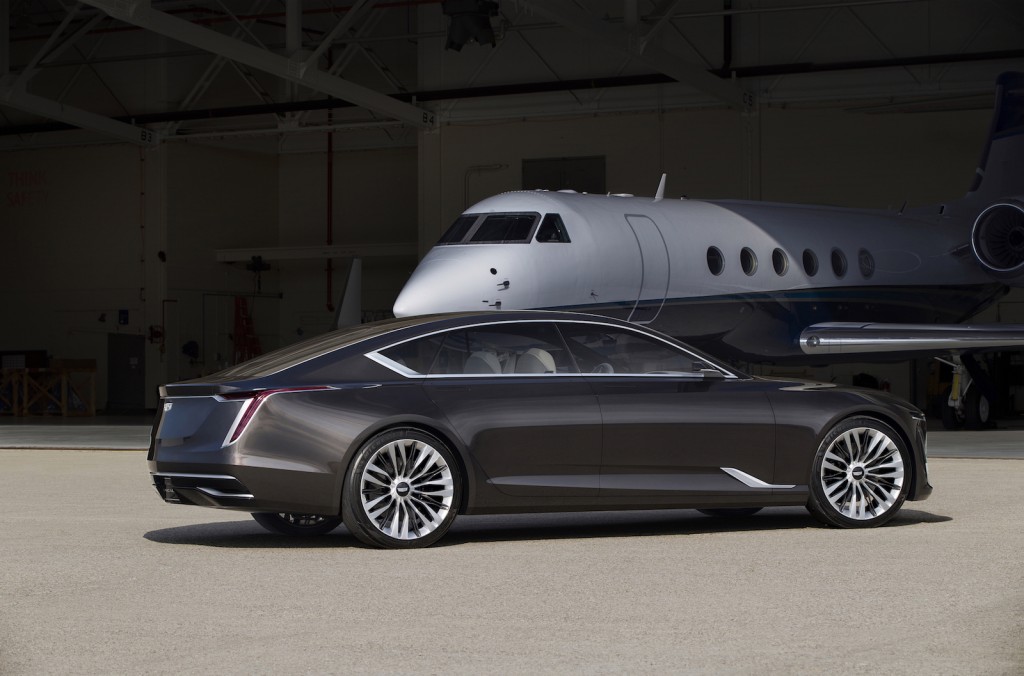 Cadillac Escala concept: Cadillac has confirmed it will show its stunning Escala concept that we first saw during August’s 2016 Monterey Car Week. It’s a large, luxurious sedan sharing underpinnings with Cadillac’s CT6. While the Escala hasn’t been confirmed for production, at least publicly, we think a car like it would make an ideal rival to the Audi A7 and Porsche Panamera.

That’s it for now but at any time you’ll be able to access the latest information from the 2016 L.A. auto show via our dedicated hub.