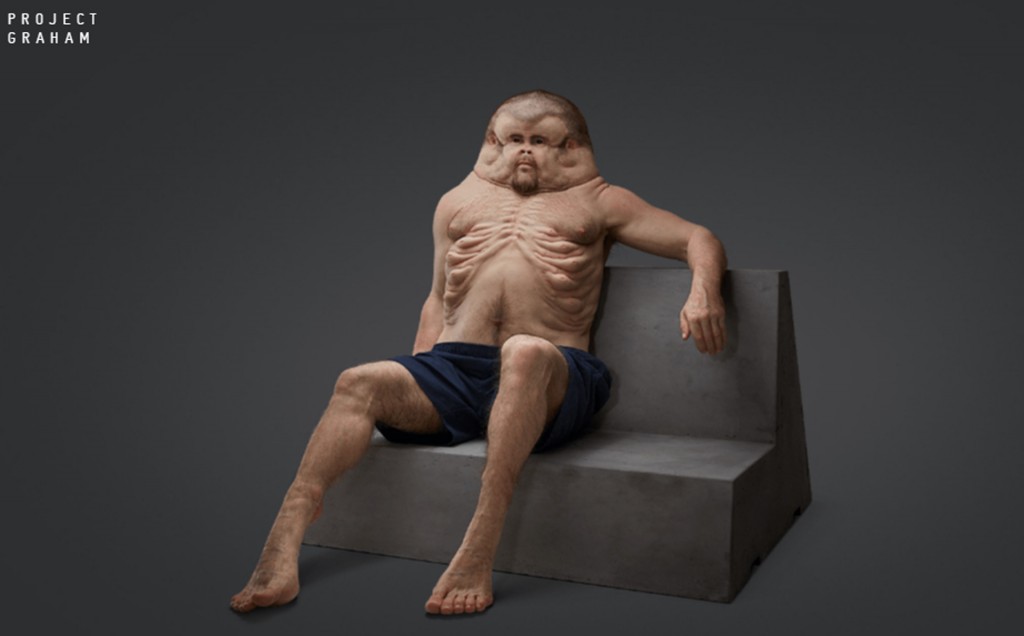 No, you’re not looking at a prop from the 1980s sci-fi classic The Thing.

This is Graham, a sculpture that’s meant to represent a human being evolved to survive car crashes.

It was created by a team of artists and researchers as part of a safety campaign run by the Transport Accident Commission of the Australian state of Victoria.

The team behind the sculpture says it’s meant to remind people just how susceptible their bodies are to serious injury in car crashes, even at speeds as low as 20 mph.

"Cars have evolved a lot faster than humans and Graham helps us understand why we need to improve every aspect of our roads system to protect ourselves from our own mistakes," said Joe Calafiore, head of the Transport Accident Commission.

The sculpture is made from a mix of fiberglass, silicone and even real human hair. It’s incredibly lifelike but at the same time incredibly creepy.

The massive head is there to protect the brain from impact. It features more fluid and ligaments to brace the brain when a collision occurs.

Likewise, the chest is also enlarged to protect vital organs. And those strange flaps on the upper torso act like airbags to cushion any impact.

Another striking feature are the legs. They’ve been designed to be almost hoof-like and feature added joints to enable such a person to jump out of the way quickly in a “spring-loaded” fashion.

If you’re not creeped out yet, you can take a closer look at Graham, including beneath his skin, at the campaign’s website.