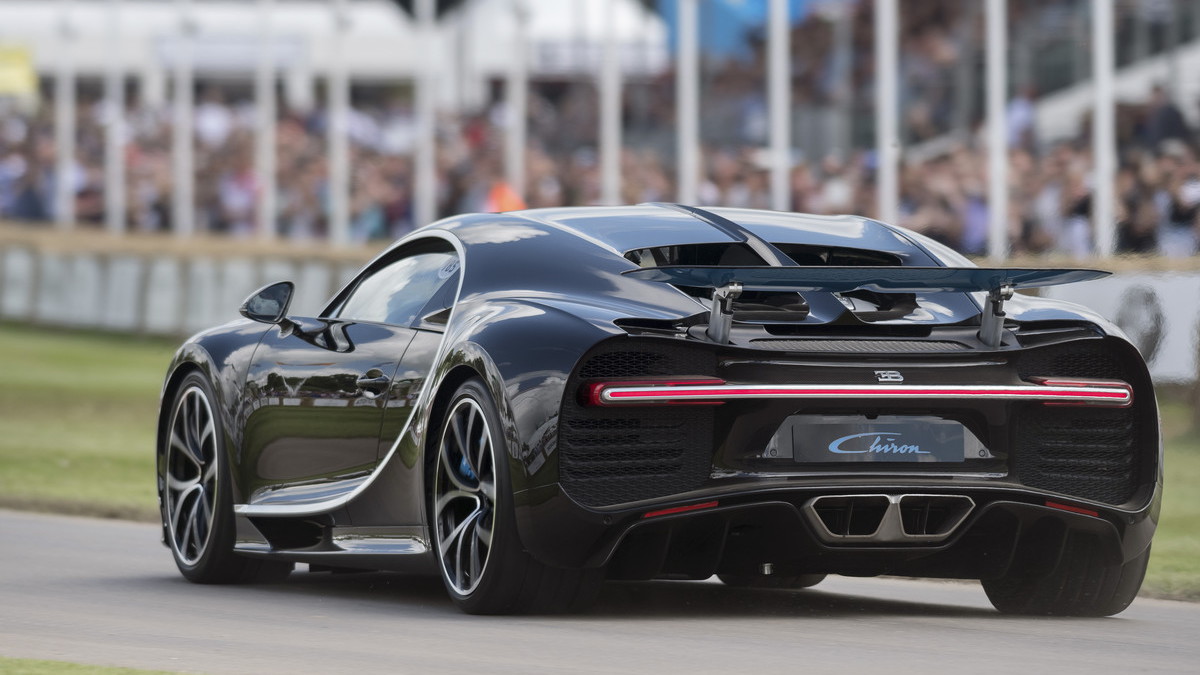 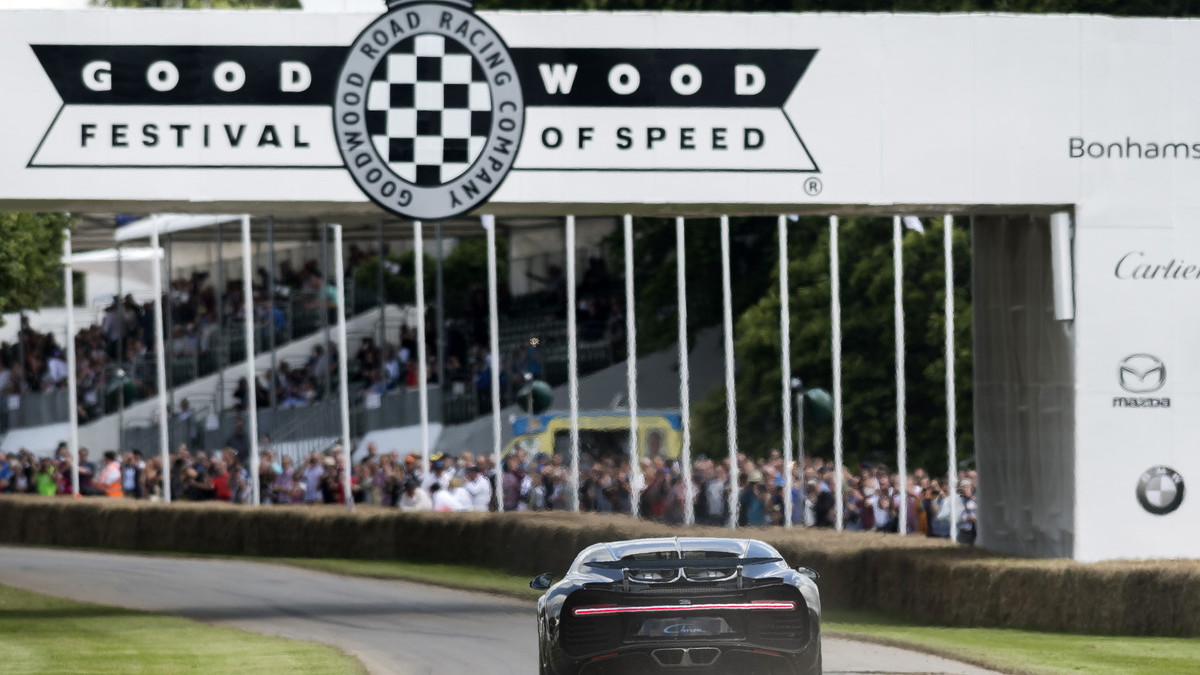 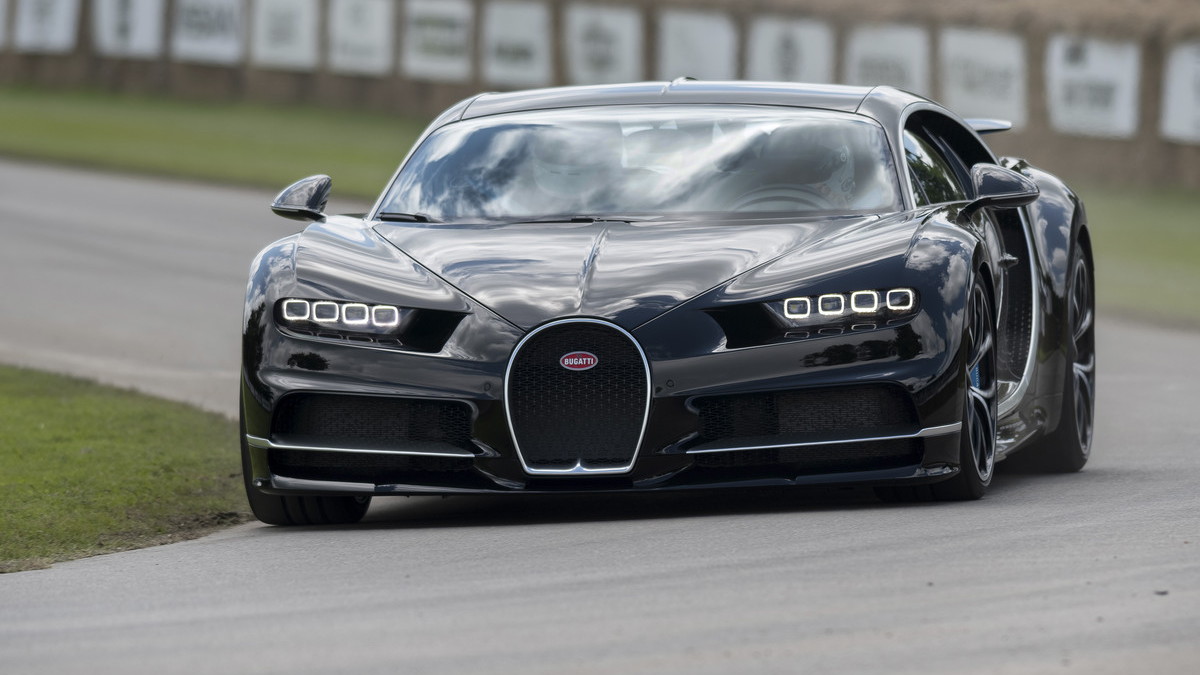 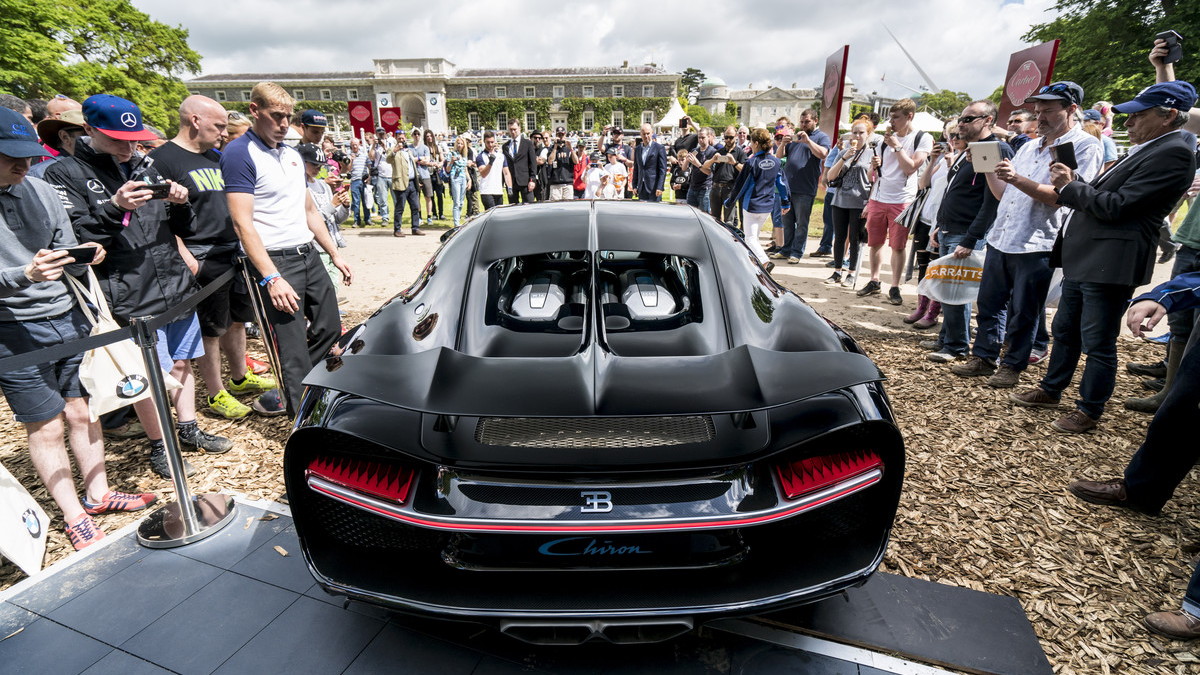 What better place for the Bugatti Chiron to visit last weekend than the March family's driveway at Goodwood House?

The world's most powerful road-going car was one of the biggest stars at last weekend's Goodwood Festival of Speed, where retired British racing driver and Le Mans star Andy Wallace drove the Chiron up the event's vaunted hill climb. As the video shows, the Goodwood Hillclimb isn't the most grueling event, but Wallace still stretched the supercar's legs, tickling 200 kph, or about 125 mph, a few times. Perhaps what is most impressive is how quickly the Chiron's brakes scrub its momentum.

The accompanying video gives you a feel for what the car sounds like from the inside, something akin to a landjet. Unfortunately, the mounting bracket for the camera in this video disturbs the Chiron sonorous note with a lot of rattling noise.

Goodwood was the Chiron's third major public outing this month. In early, June, CEO Wolfgang Durheimer exercised the hypercar at Germany's famed Nürburgring circuit and just a week ago, he and the Chiron were reunited at Le Mans, where his spirited exhibition lap hit speeds higher than those achieved by the race cars.

Bugatti says that the Chiron's top speed will be limited to 420 kph, or a bit over 260 mph, and that it will be capable of sprinting to 62 mph from a complete stop in just 2.5 seconds. Just 500 of the Veyron replacement are set to be built, and more than 200 have already been ordered.