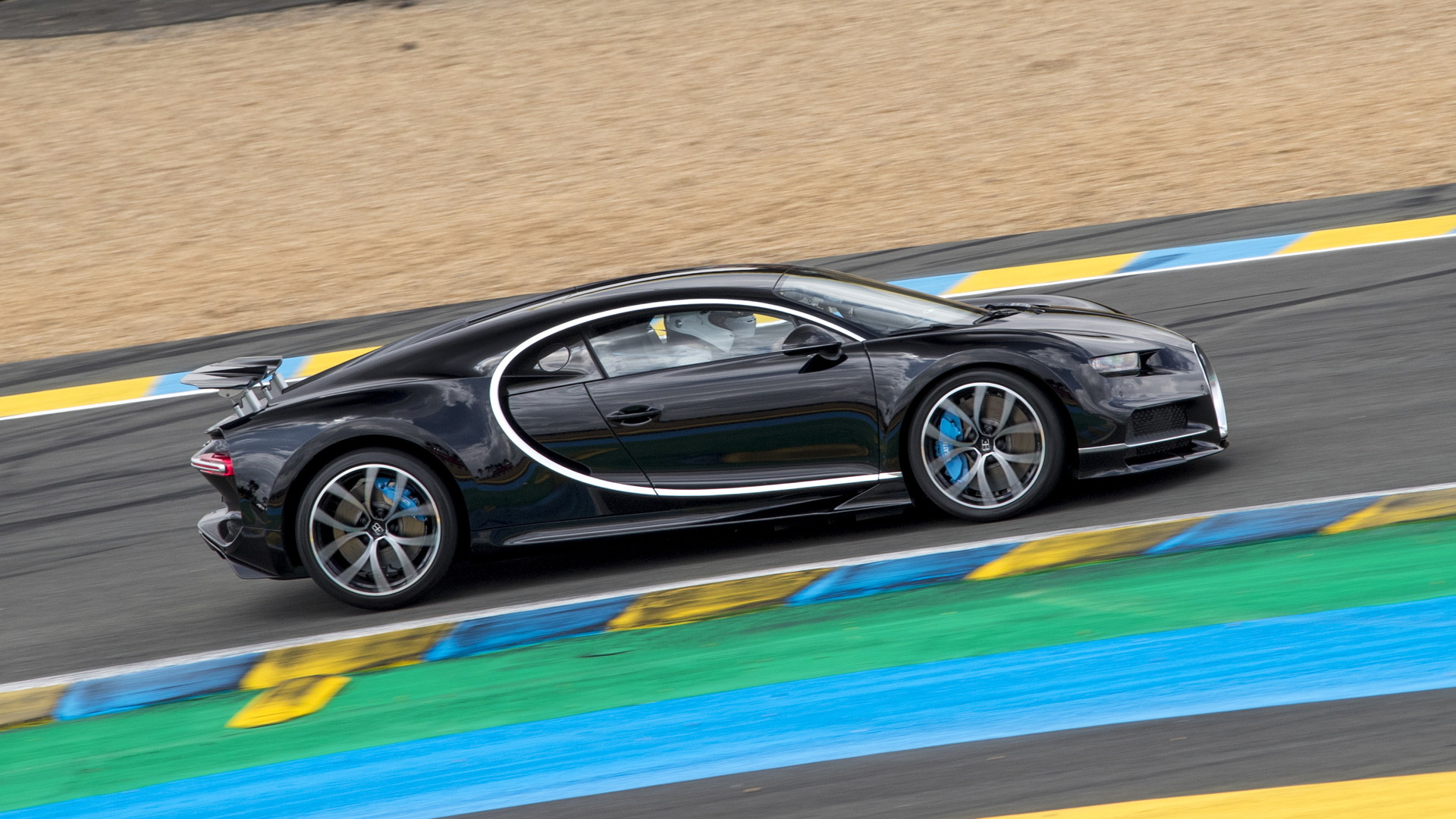 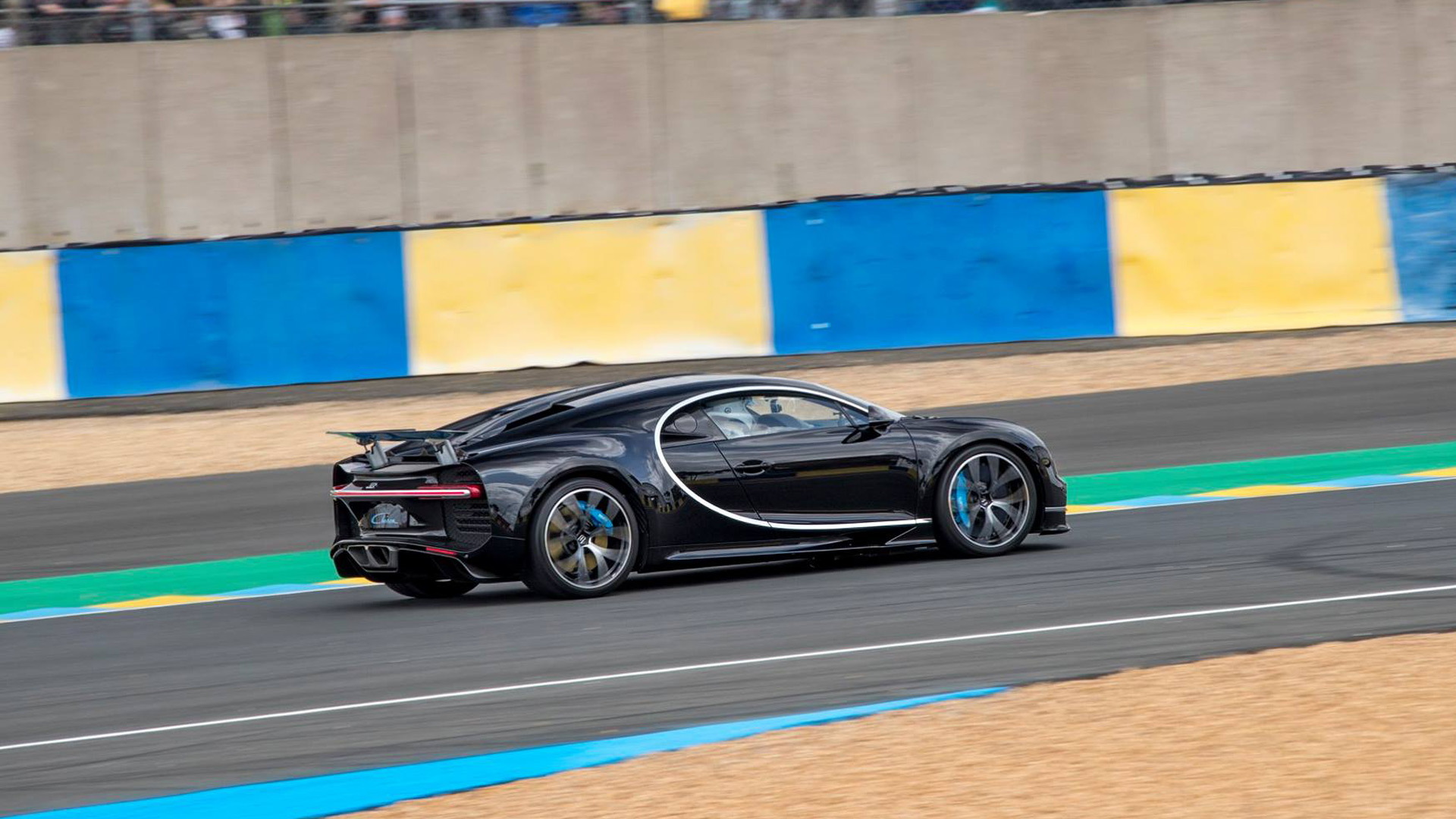 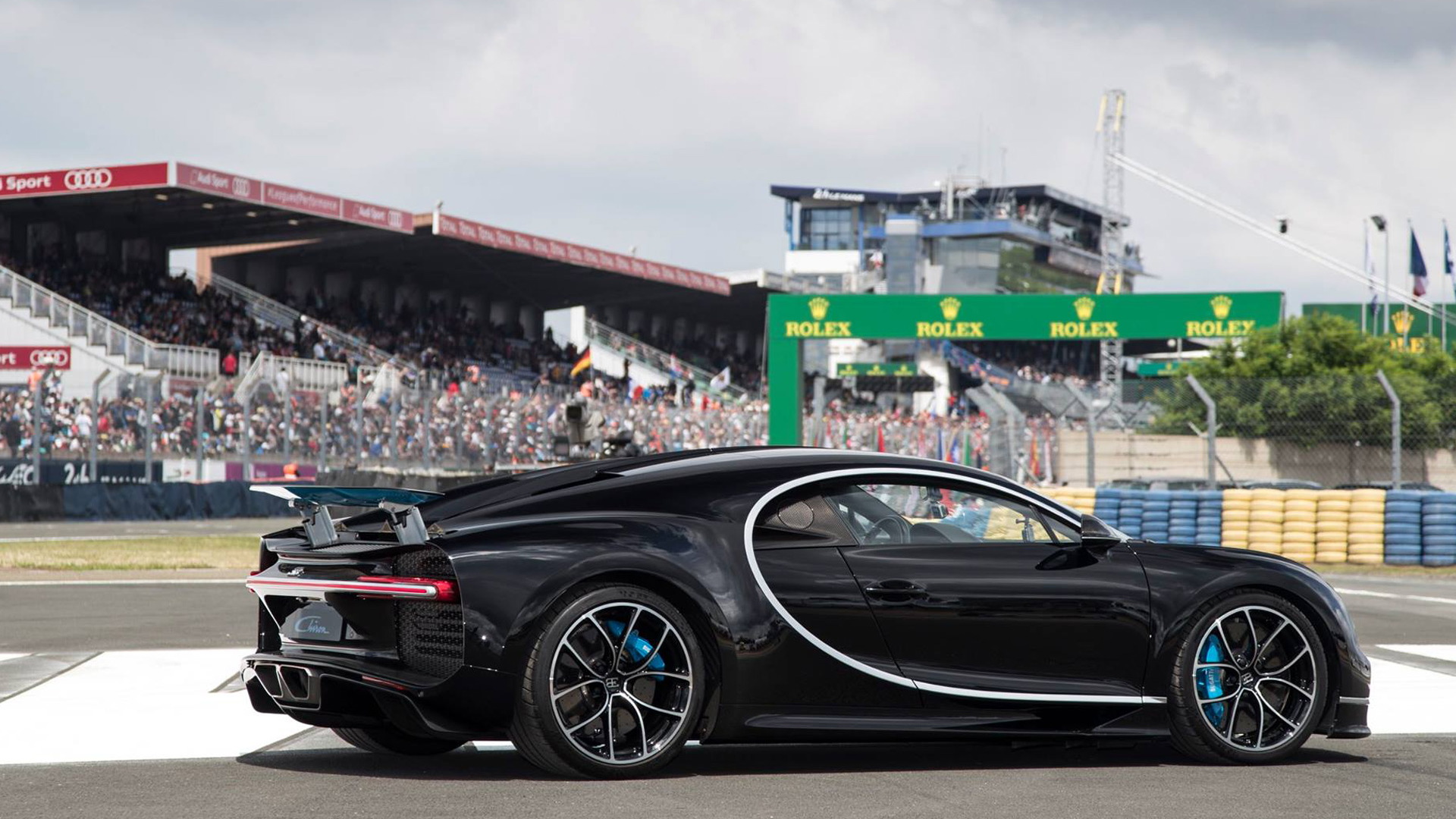 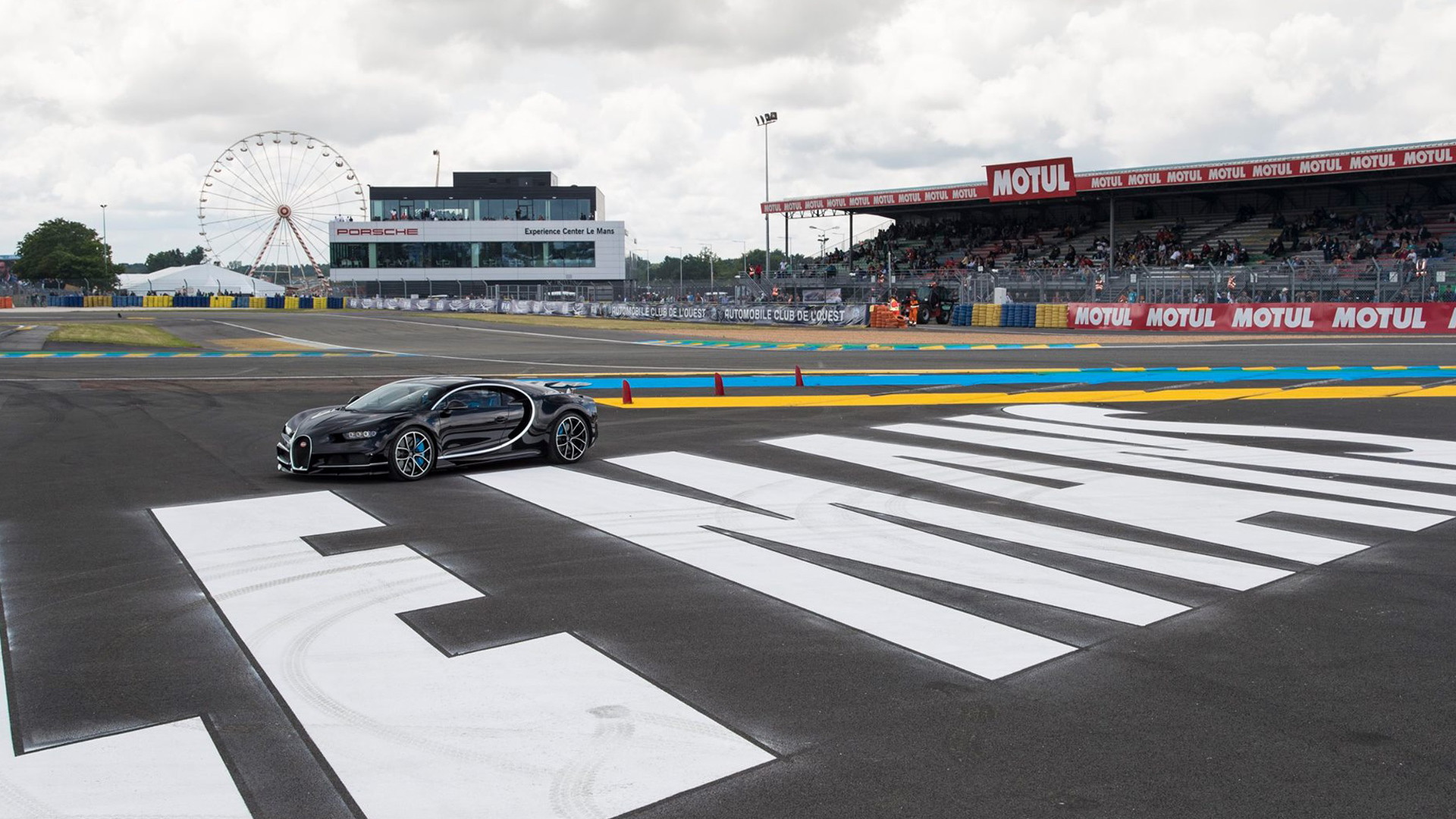 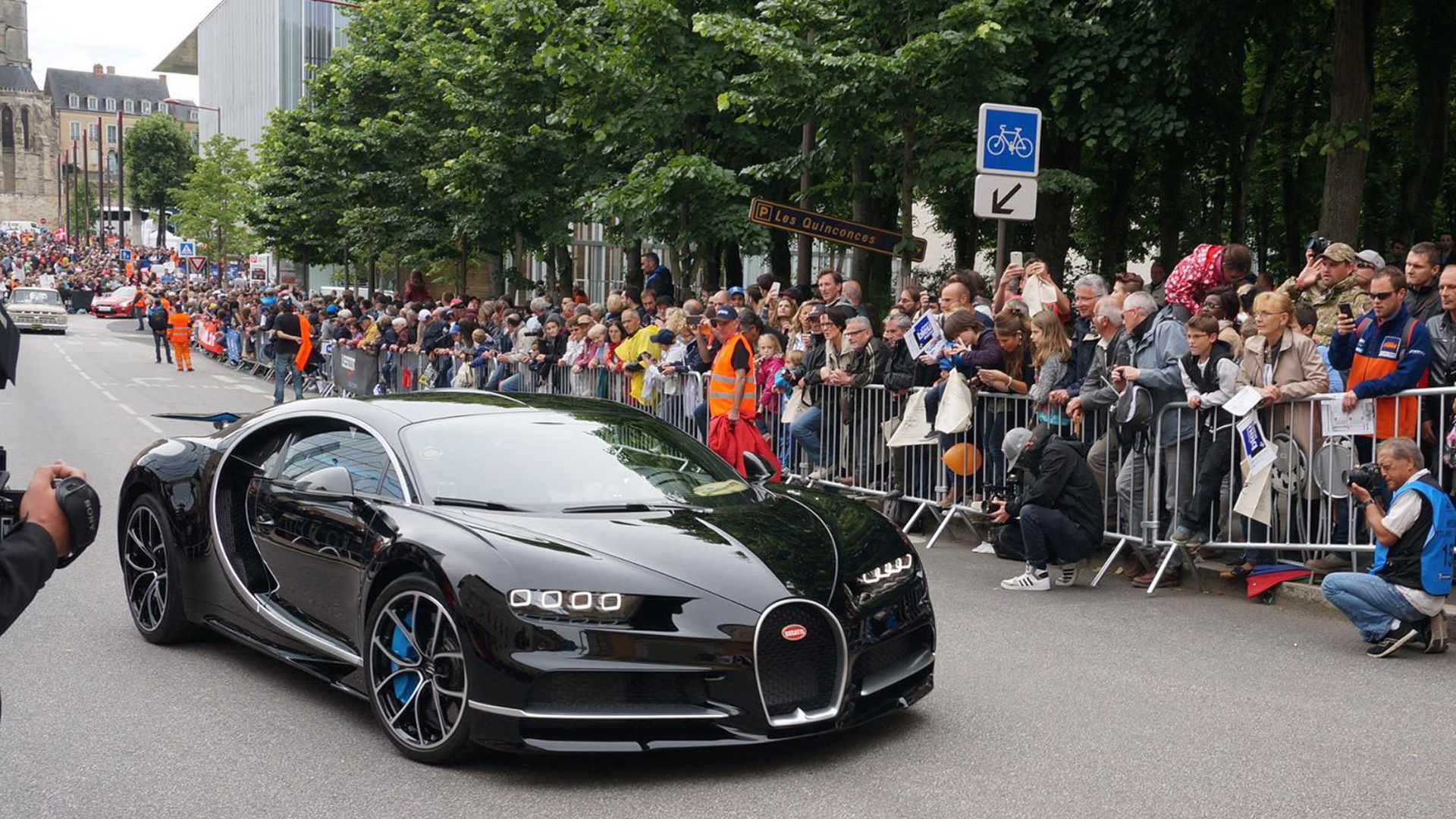 The fastest car at last weekend's 24 Hours of Le Mans wasn't decked out with sponsor graphics and racing tires.

It was, instead, a street-legal Bugatti that you, too, can buy... assuming you're of the especially well-heeled variety. We are of course talking about the new Chiron.

Bugatti CEO Wolfgang Durheimer took a parade lap around Le Mans prior to the start of the actual 24-hour endurance race. But Durheimer doesn't like to baby the hypercar, as we saw recently at the Nürburgring.

Instead, Bugatti tells us he reached 236 mph, more than 20 mph faster than the top speed achieved by a race car during the weekend, in this case the 213 mph achieved by one of the Audi R18 LMP1s.

To be fair, the race cars aren't designed for top speeds. Their complex aerodynamics are designed to produce downforce and this results in plenty of drag. The Bugatti doesn't suffer from this.

How fast will it go? We won't find out until 2018 when Bugatti makes a top speed attempt. However, we know it will clear the Veyron Super Sport's 267.8 mph production car land speed record.

Le Mans holds a special place for Bugatti: The brand won the annual endurance race there in 1937 and 1939, and it is also based in France. Durheimer himself said that "there is scarcely a better venue in France for a dynamic presentation of the Chiron than Le Mans."

Don't worry if you missed the dynamic display, though. The Chiron is now on its way across the Channel to attempt the famous hill climb at the 2016 Goodwood Festival of Speed on this weekend. You can access our full coverage on the event via our dedicated hub.