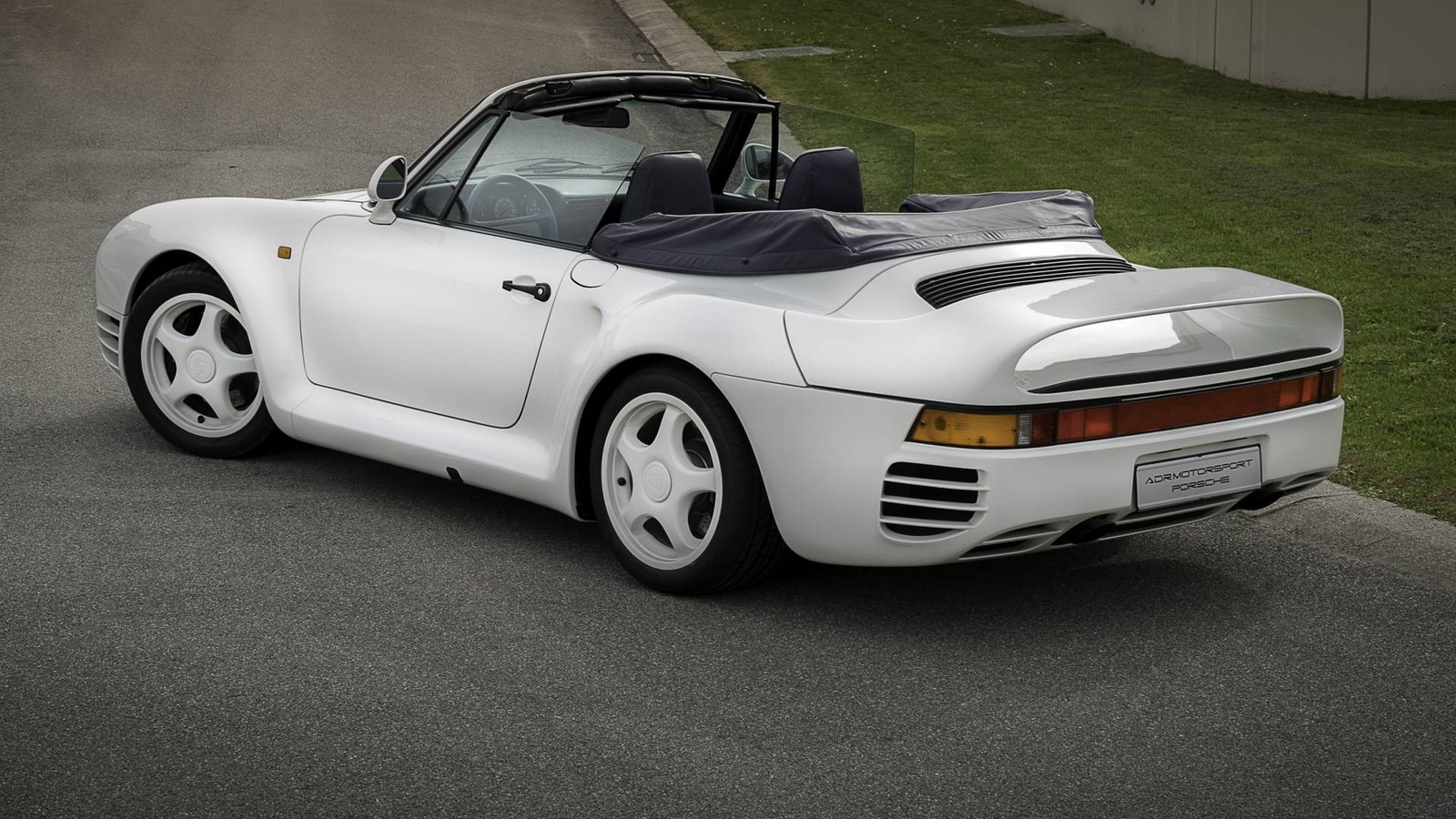 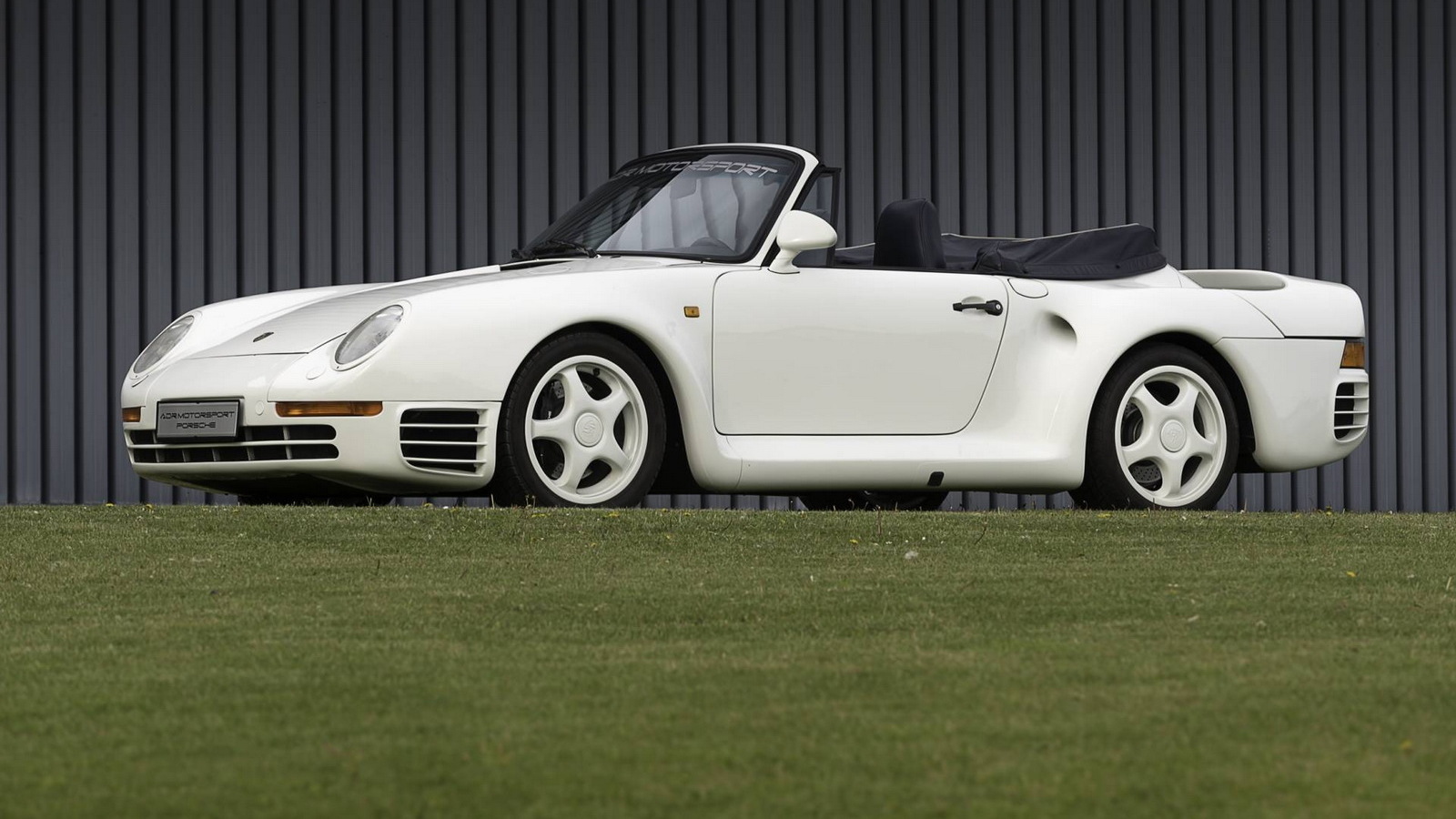 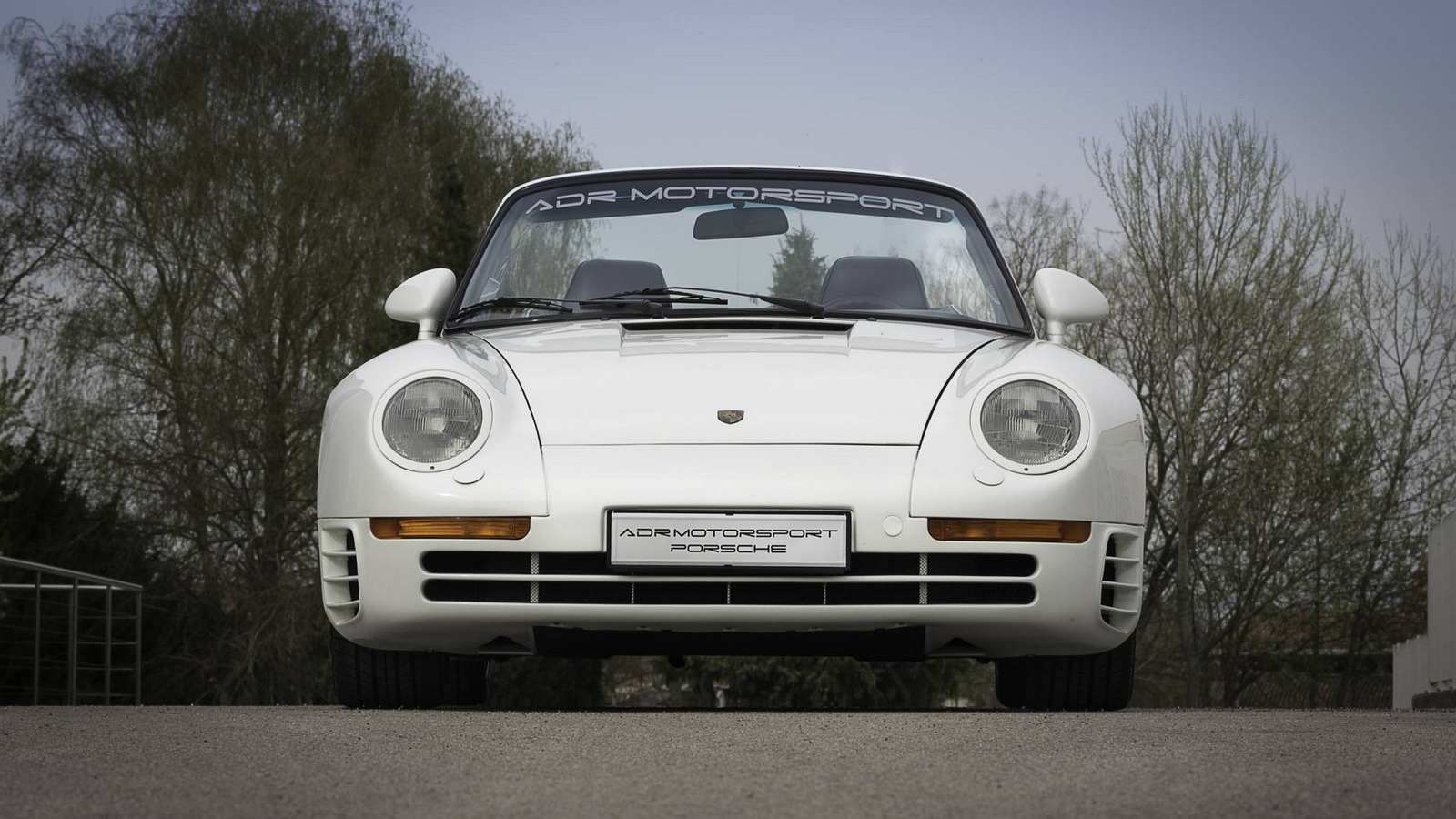 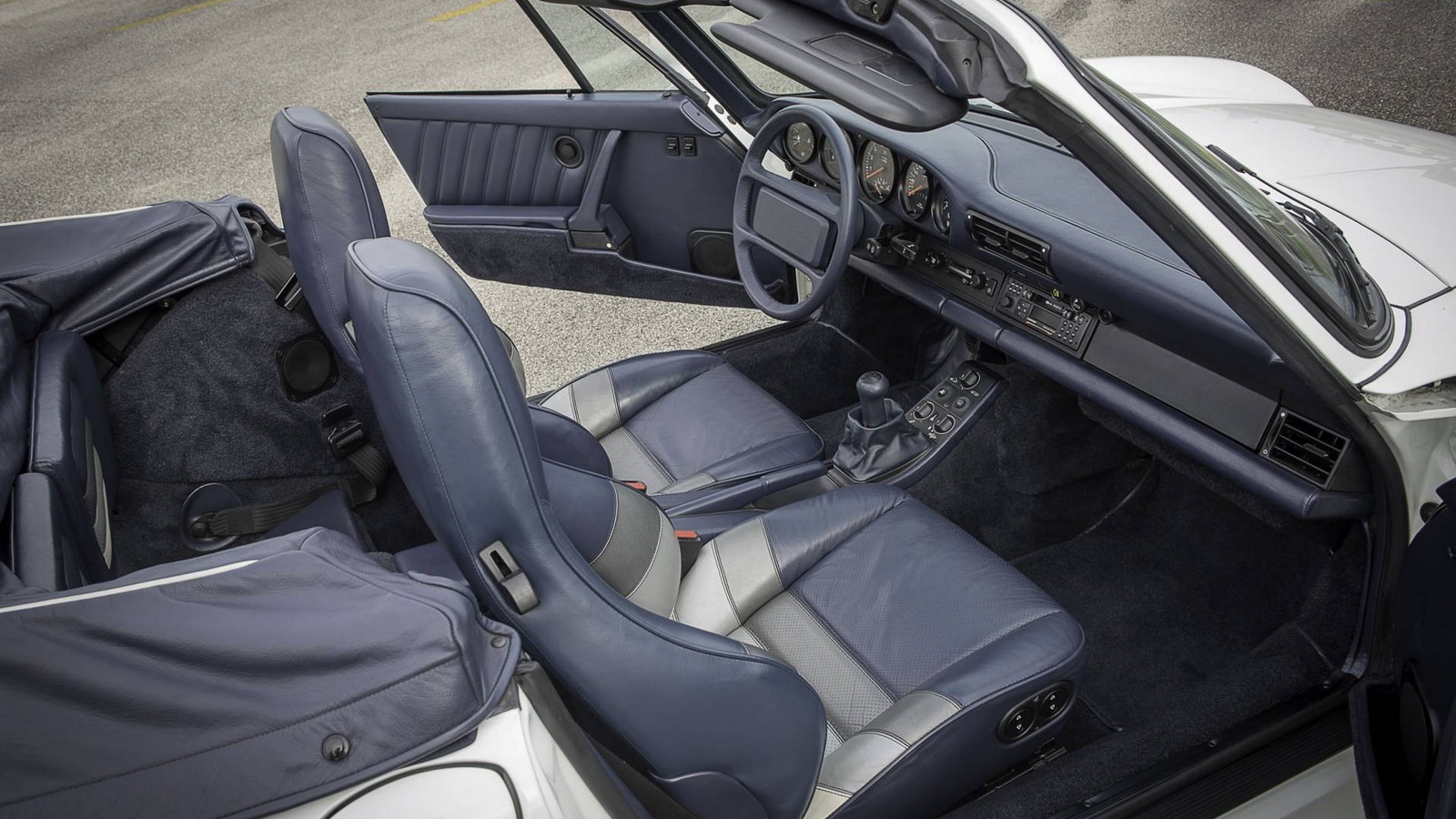 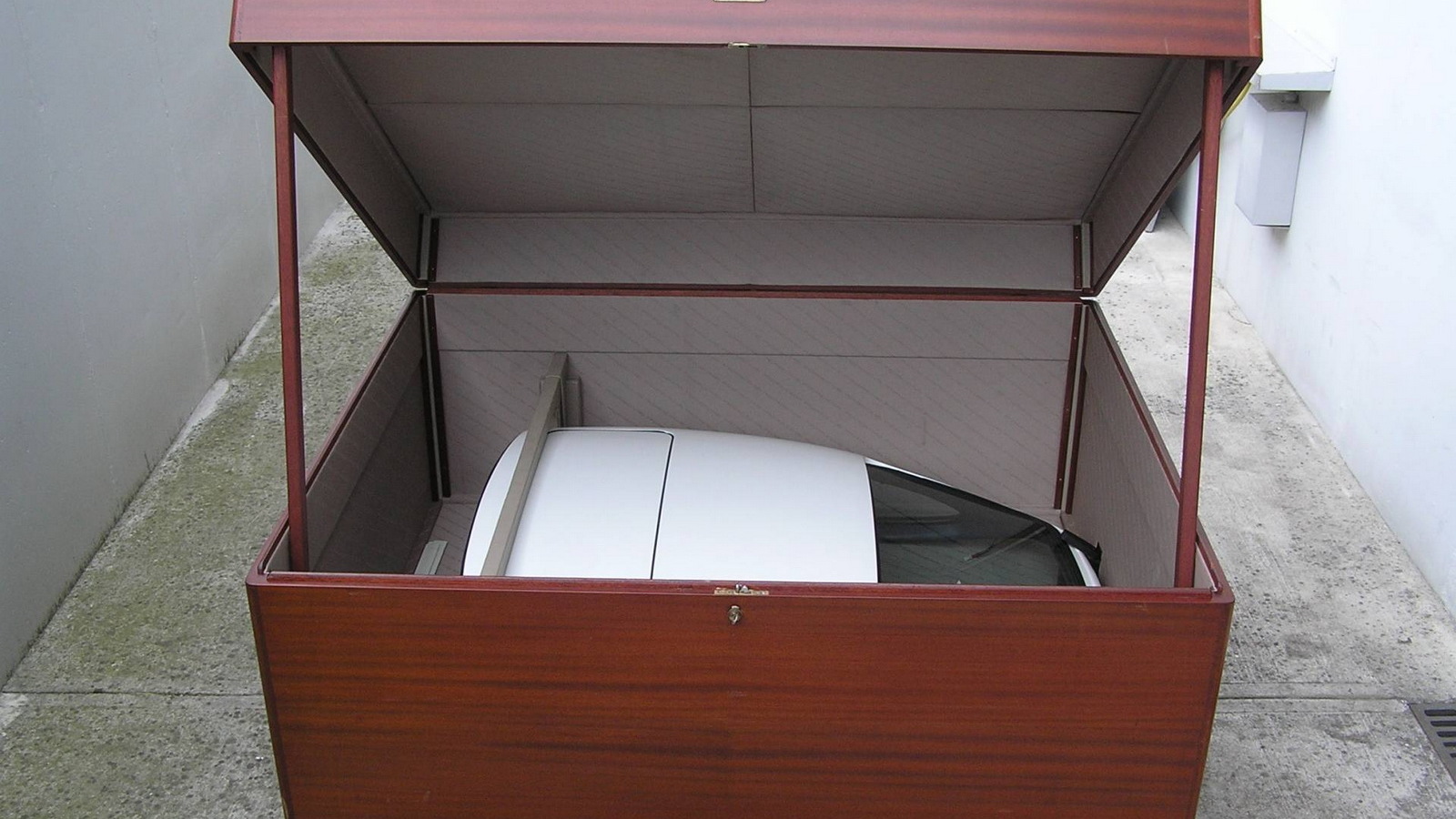 One of the ultimate icons of 1980s, the Porsche 959 stands out as much for its technological advancements as it does for its excess.

What's more than a 959? A one-off 959 convertible, like the white one that has recently hit the market in a small northern Italian town near Venice.

A listing on Classic Trader reveals the car is at ADR Motorsport, a firm that deals only in Porsches. While no price is listed, it's safe to say that the 959 will trade for major money—just like non-modified 959s have recently.

The car was delivered new to German race car driver Jürgen Lässig, who drove Porsche 956s and 962Cs in the World Sportscar Championship in the 1980s and early 1990s.

As the story goes, Lässig was piloting the 959 at up to 140 mph on the German Autobahn when an Audi pulled out in front of him. The 959 ended up on its roof and was deemed a total loss, but rather than being parted out it was snatched up by a customizing firm.

Inspired by the first factory 911 convertible, which had hit the market just a few years prior, the firm chopped off the 959's roof. In fact, the car is said to use a largely unmodified 911 top and mechanism.

The metal top, with its built-in sunroof, was retained as a hardtop for colder days (and it is stored in a coffin-like box).

Today, the car shows just 8,100 kilometers. Finished in white over blue leather, it is properly 1980s.