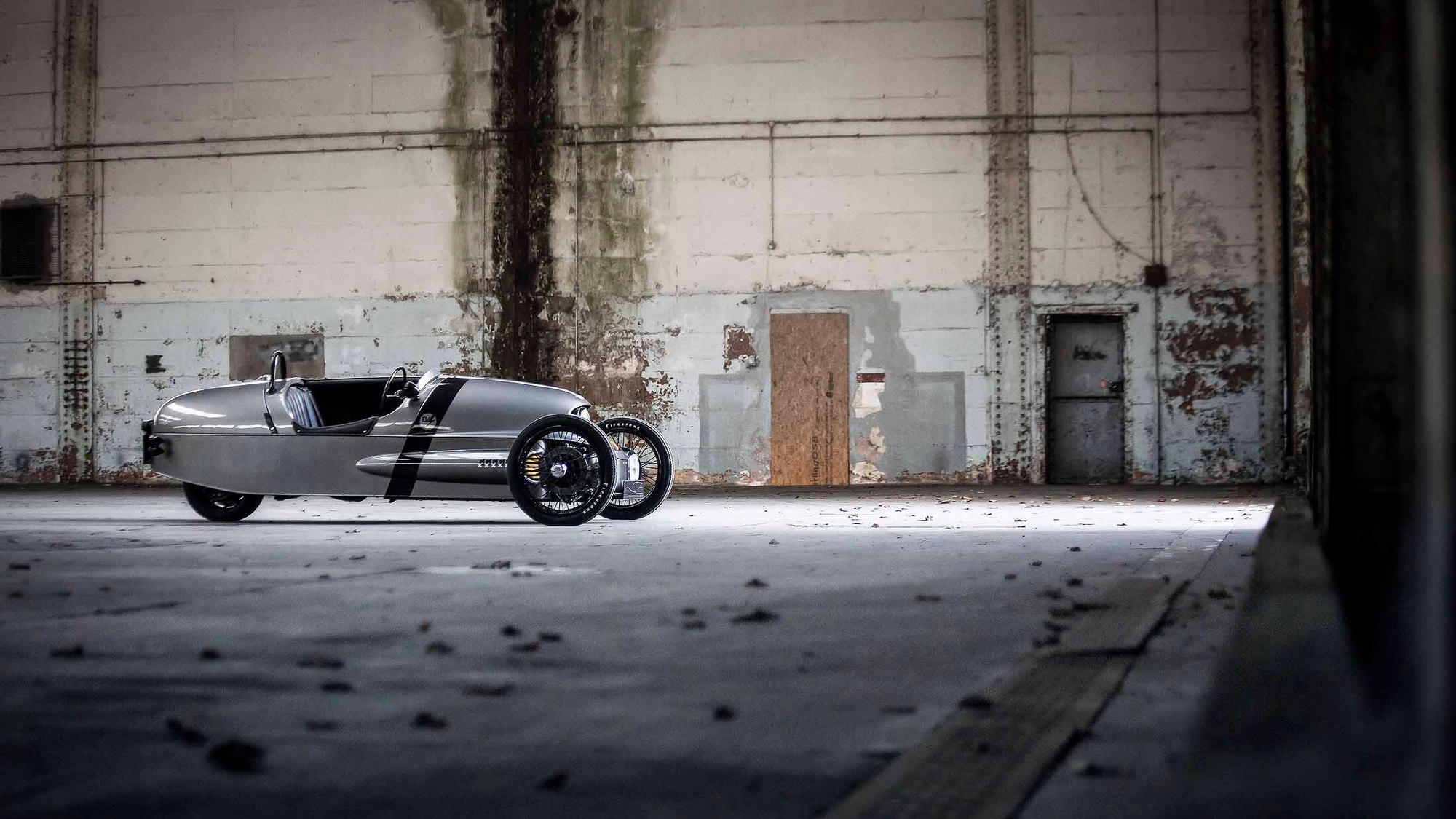 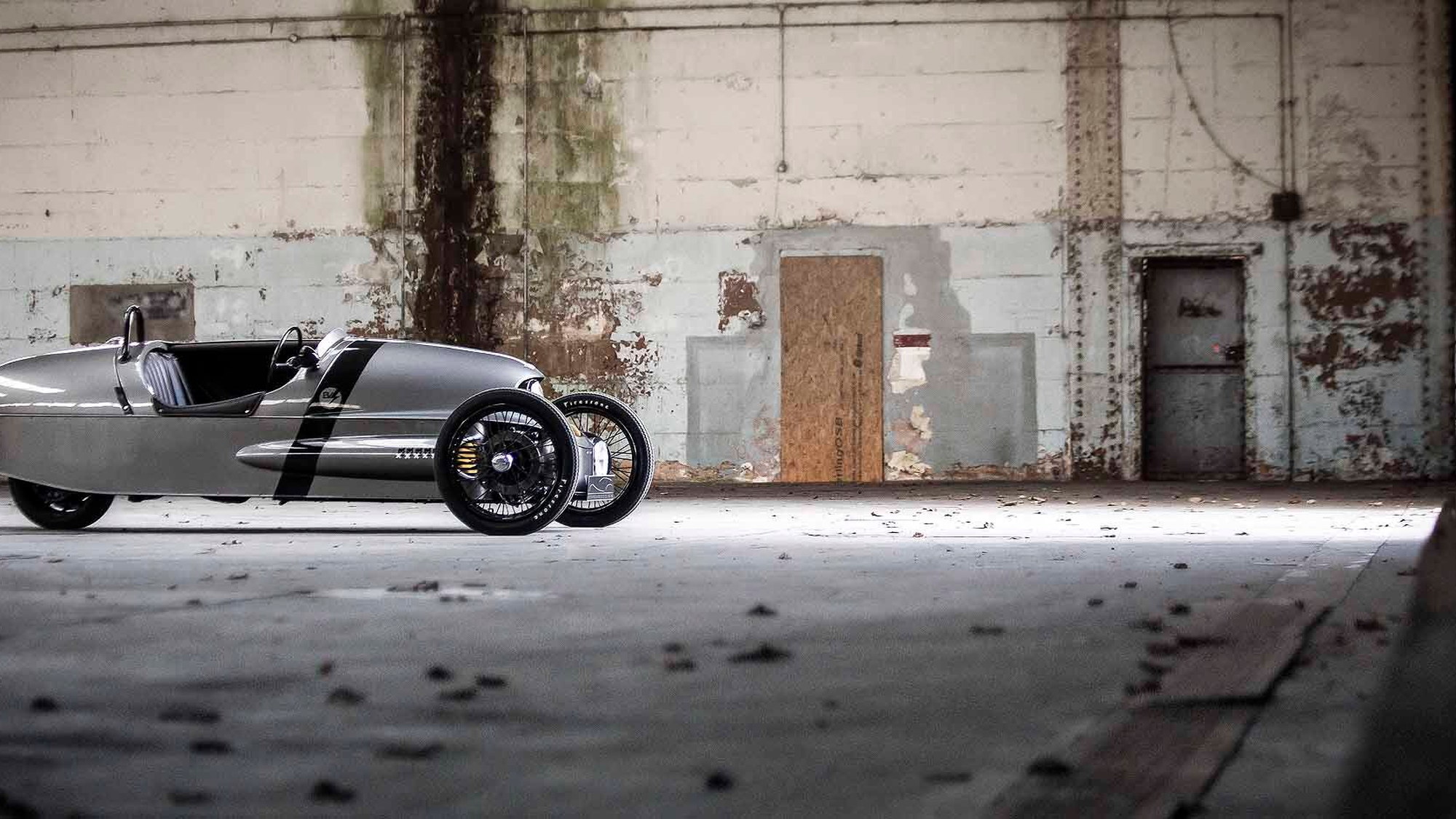 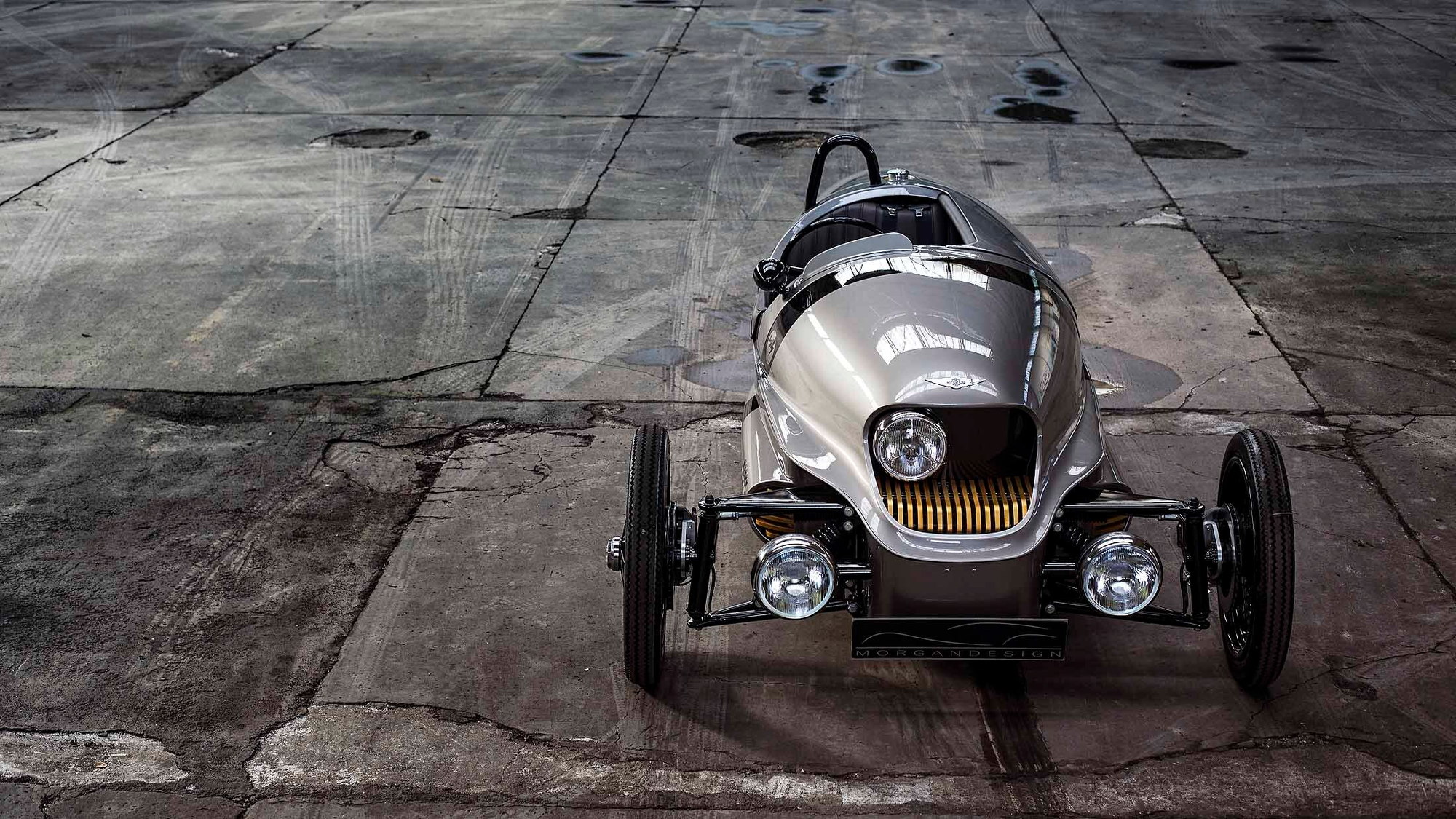 Tradition reigns supreme at British sports car builder Morgan, but the brand is taking a giant leap into the 21st century with its new, all-electric EV3 that it debuted this week at the 2016 Geneva Motor Show.

It may have just three wheels, but the EV3 is Morgan's first production electric car, and it boasts specs not that far off from the brand's gasoline 3 Wheeler. In place of an 82-horsepower gas motor, the EV3 swaps in a 62-pony electric motor powered by a lithium-ion battery. Rounding out the myriad changes are new carbon fiber composite body panels that more than offset the new electric motor and hefty battery. The three-wheeler with decidedly retro styling drops about 55 pounds, which enables it to sprint to 62 mph from a complete stop in 9 seconds (admittedly a little slower than the gas car's 8 seconds).

Although three-wheelers aren't exactly ideal road trip cars, the EV3 has a 150-mile range. Fitting its vintage look inside and out, the EV3 utilizes what looks like a magneto switch to serve as a gear selector. A digital display contrasts with the interior's glossy wood and brass trim.

For now, Morgan plans to limit the EV3 to just 10 trial examples delivered to buyers in the United Kingdom and the Netherlands before it begins full-scale production. Pricing for those trial models will be about on par with the £26,000 (approximately $36,500) gas 3 Wheeler.

The production EV3 follows up on a prototype Morgan brought to the Goodwood Festival of Speed last year.

Morgan was hardly the only automaker to tout its electrification in Geneva; British supercar brand McLaren hinted at an all-electric model to come.