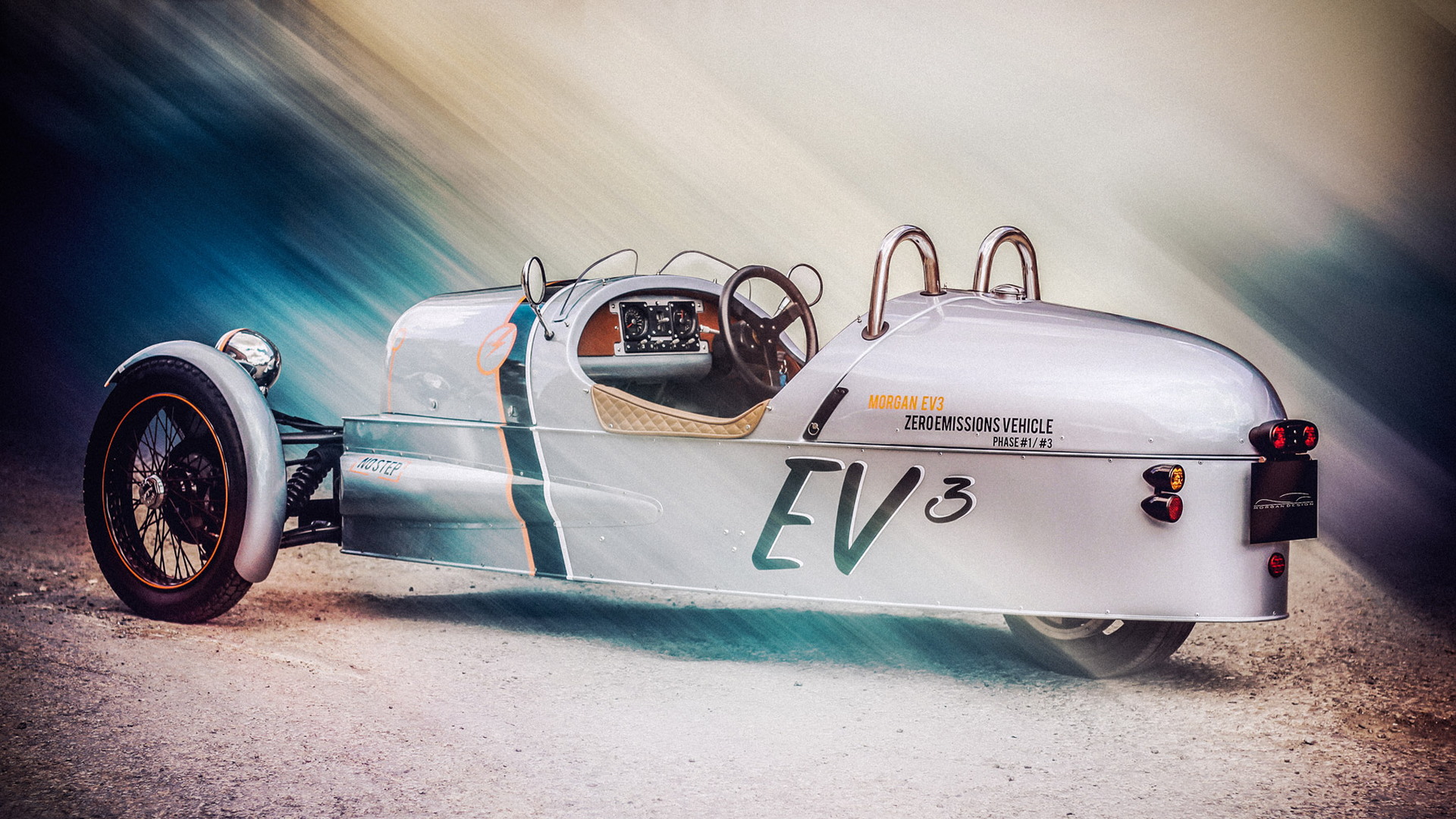 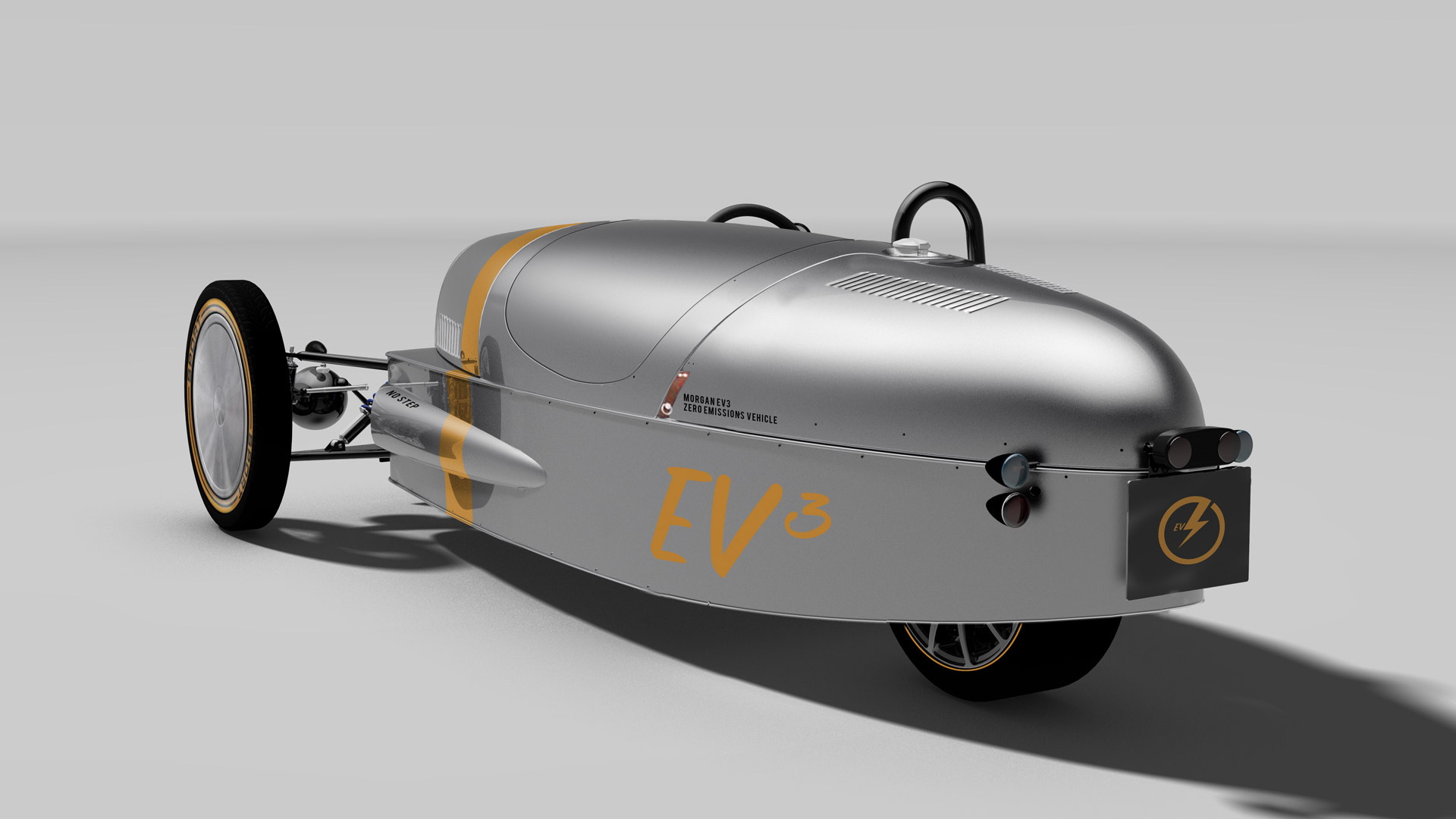 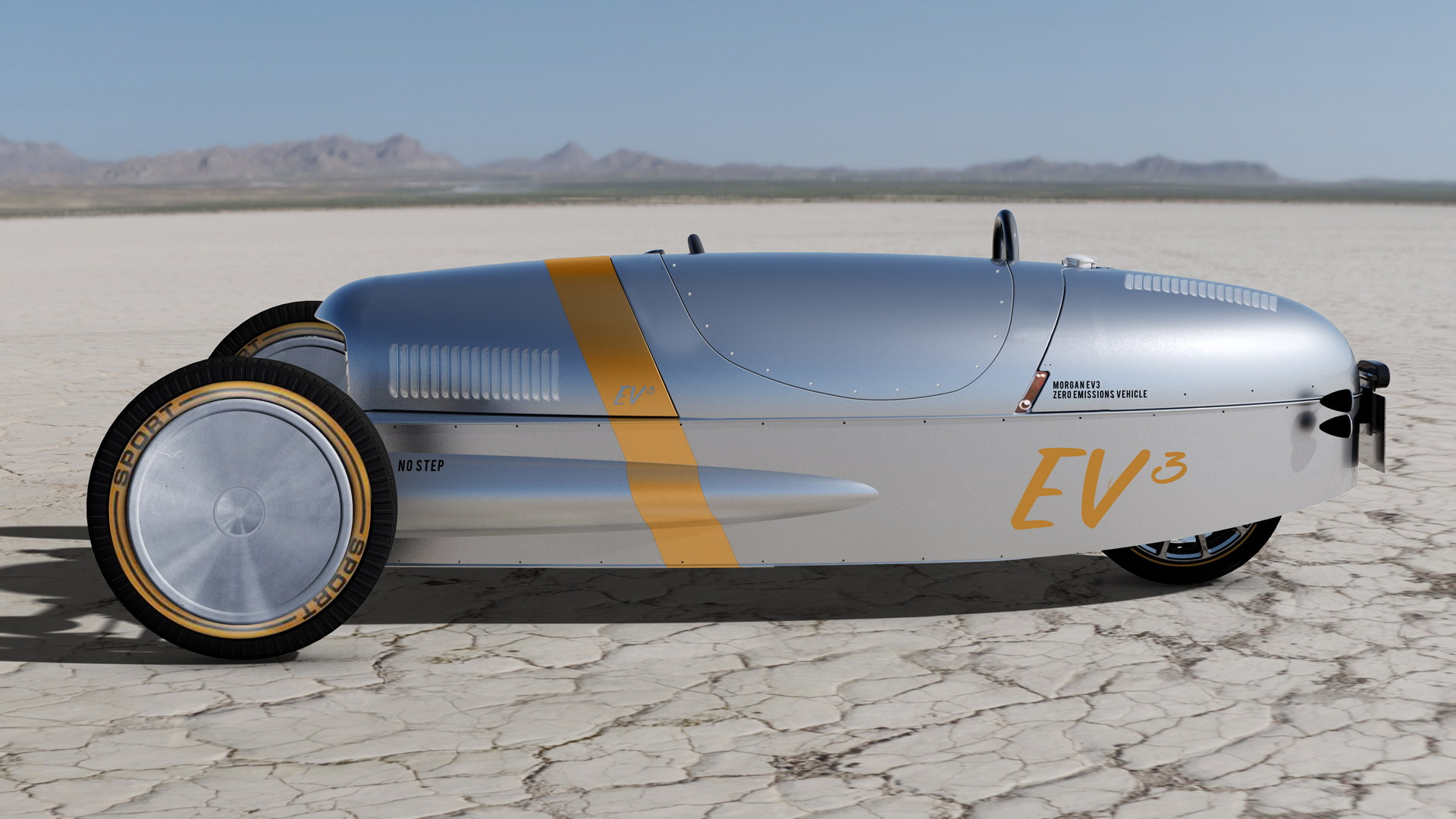 We all know that the Morgan 3 Wheeler is one of the greatest tools that you can use to enter motoring heaven. It's an open-top, reverse-trike, motorcycle-engined marvel that's rooted in the past yet is still able to capture the imaginations of those in the present day.

Looking towards the future, however, isn't a move you'd expect from the folks at Morgan. That's about to change though, as Morgan is prepping an electric 3 Wheeler, which is set to be revealed at this week's 2015 Goodwood Festival of Speed.

It's called the EV3, and it's a zero-emissions way to get the most enjoyable ride out of a set of batteries and an electric motor. There's a single 60-horsepower unit in the rear, which powers the single rear wheel. Morgan says the entire setup is good enough to provide 150 miles of driving range. Additionally, the weight of the electric 3 Wheeler is actually lower than that of its gas-drinking counterpart. All told, Morgan says the EV3 will tip the scales at a little over 990 pounds.

It's sure to make an impression with those in attendance at Goodwood, even if they can only hear the tires squealing... and the driver and passenger doing the same. For more Goodwood coverage, head to our dedicated hub.