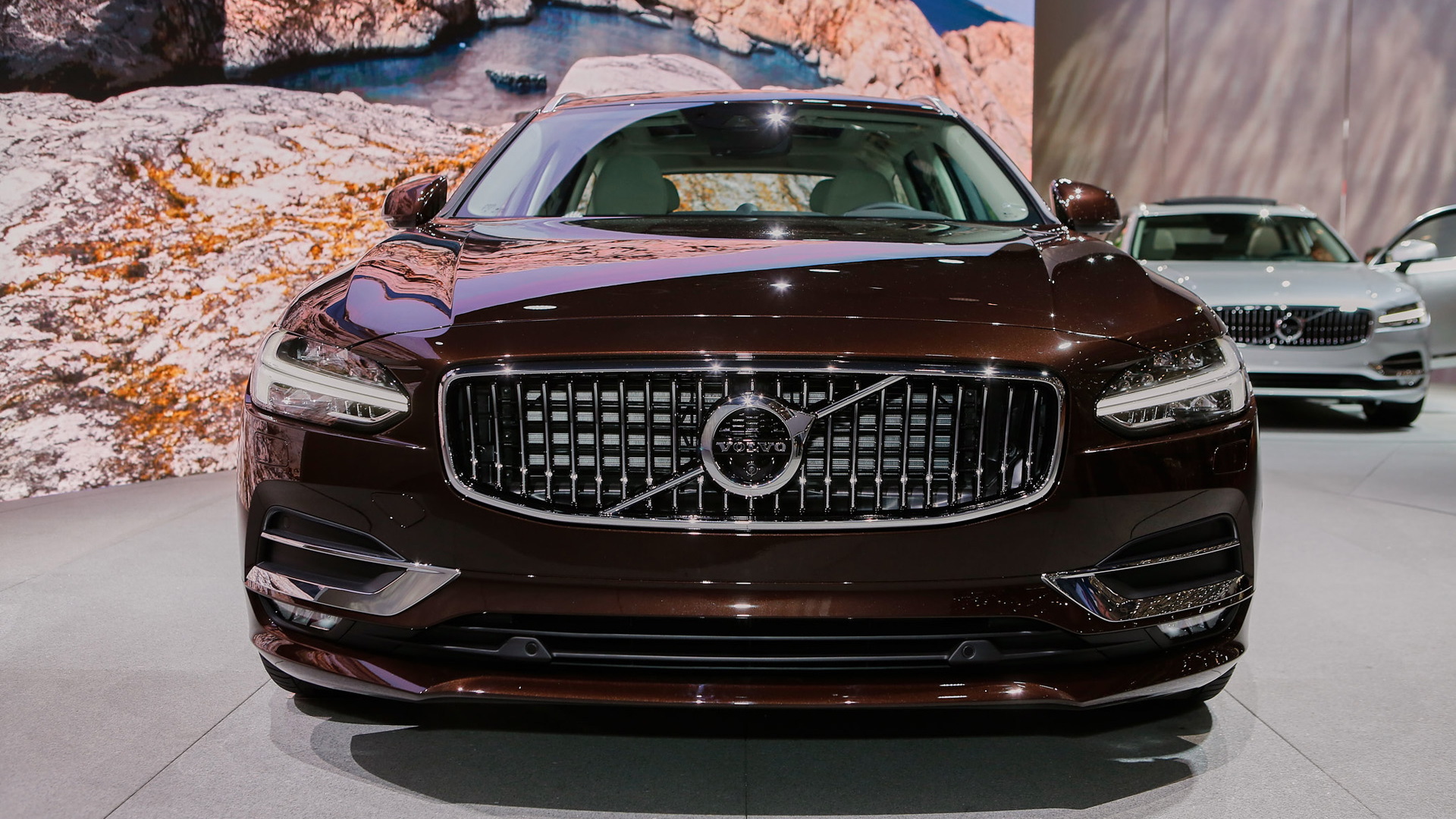 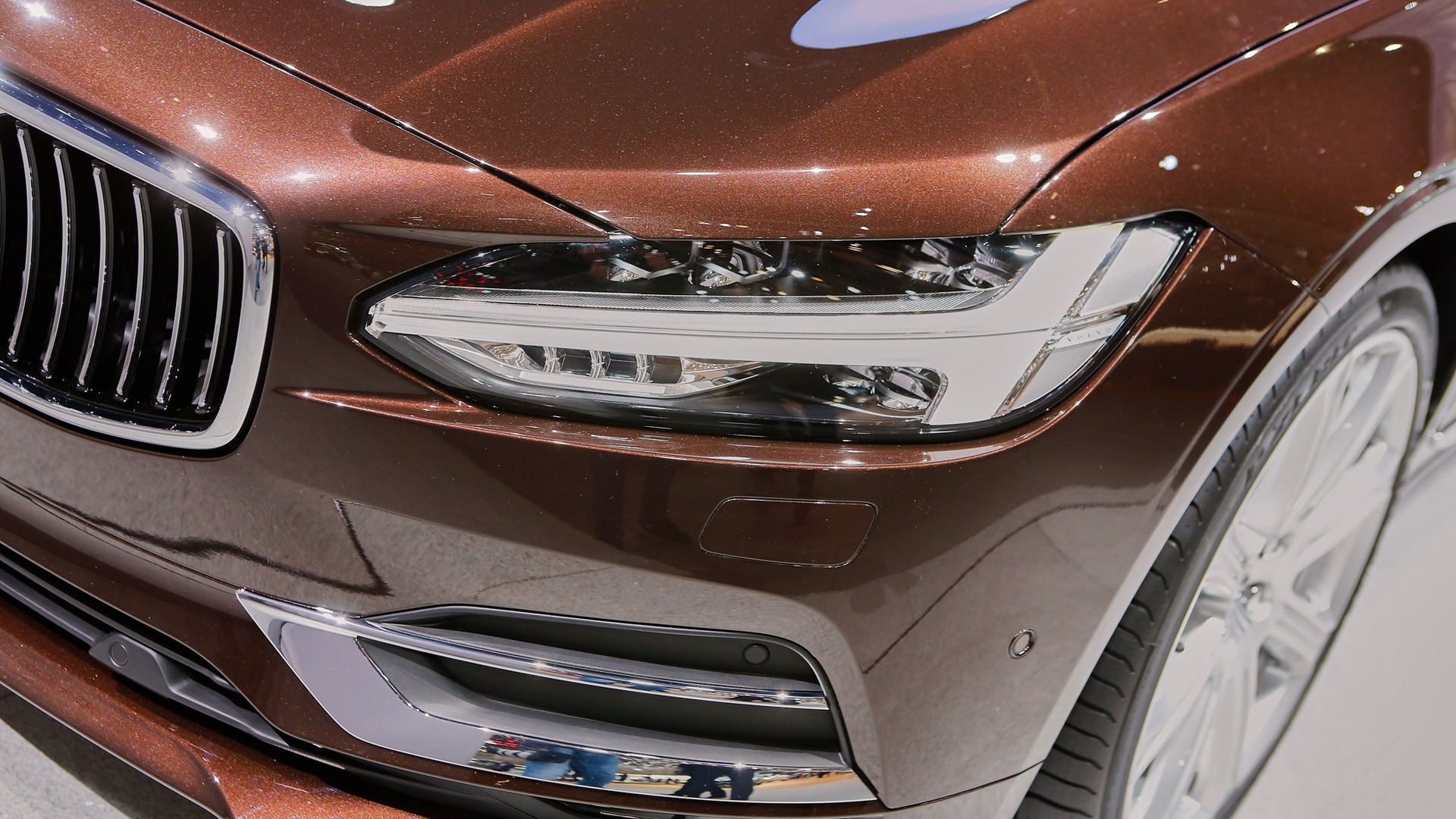 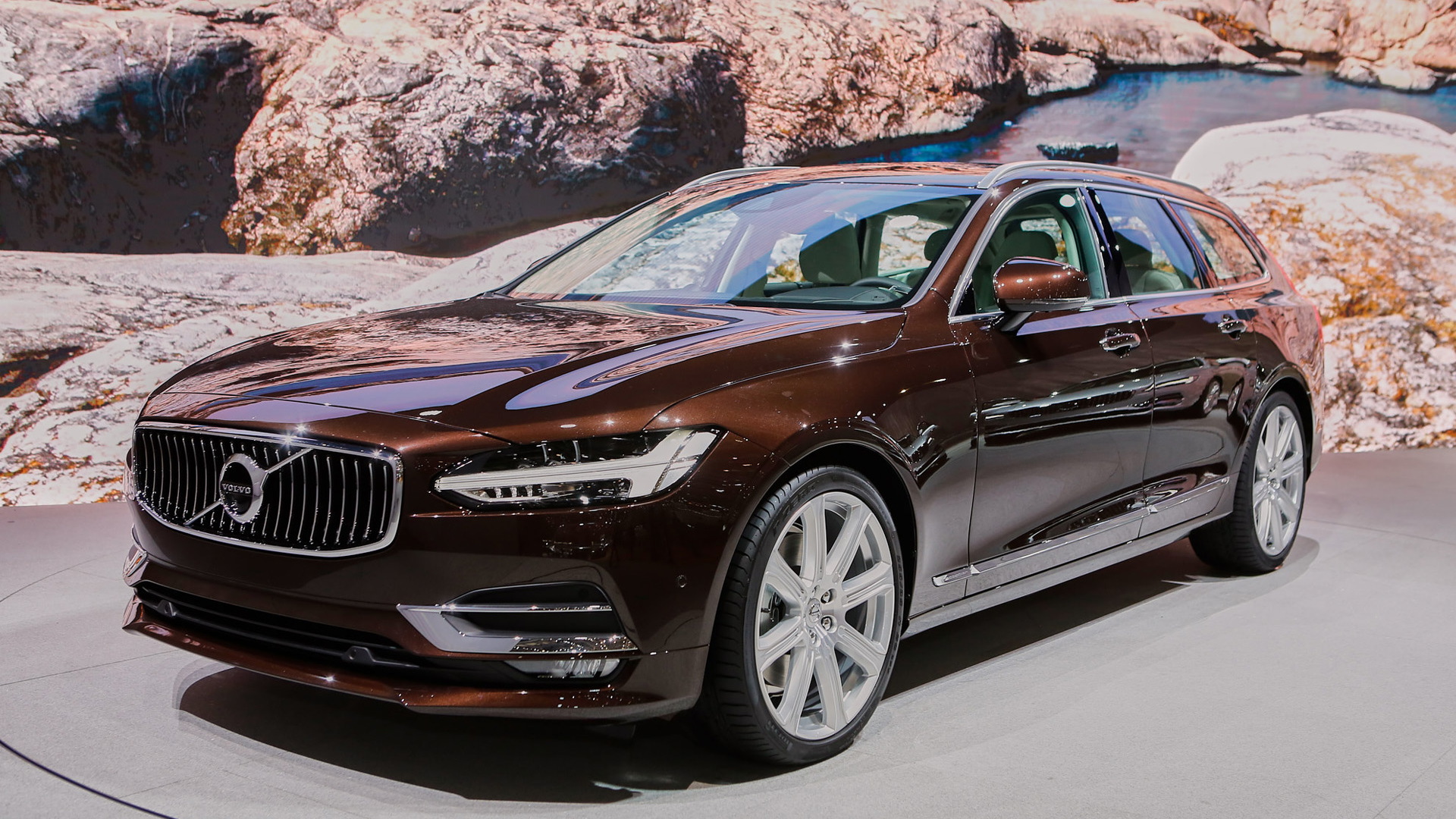 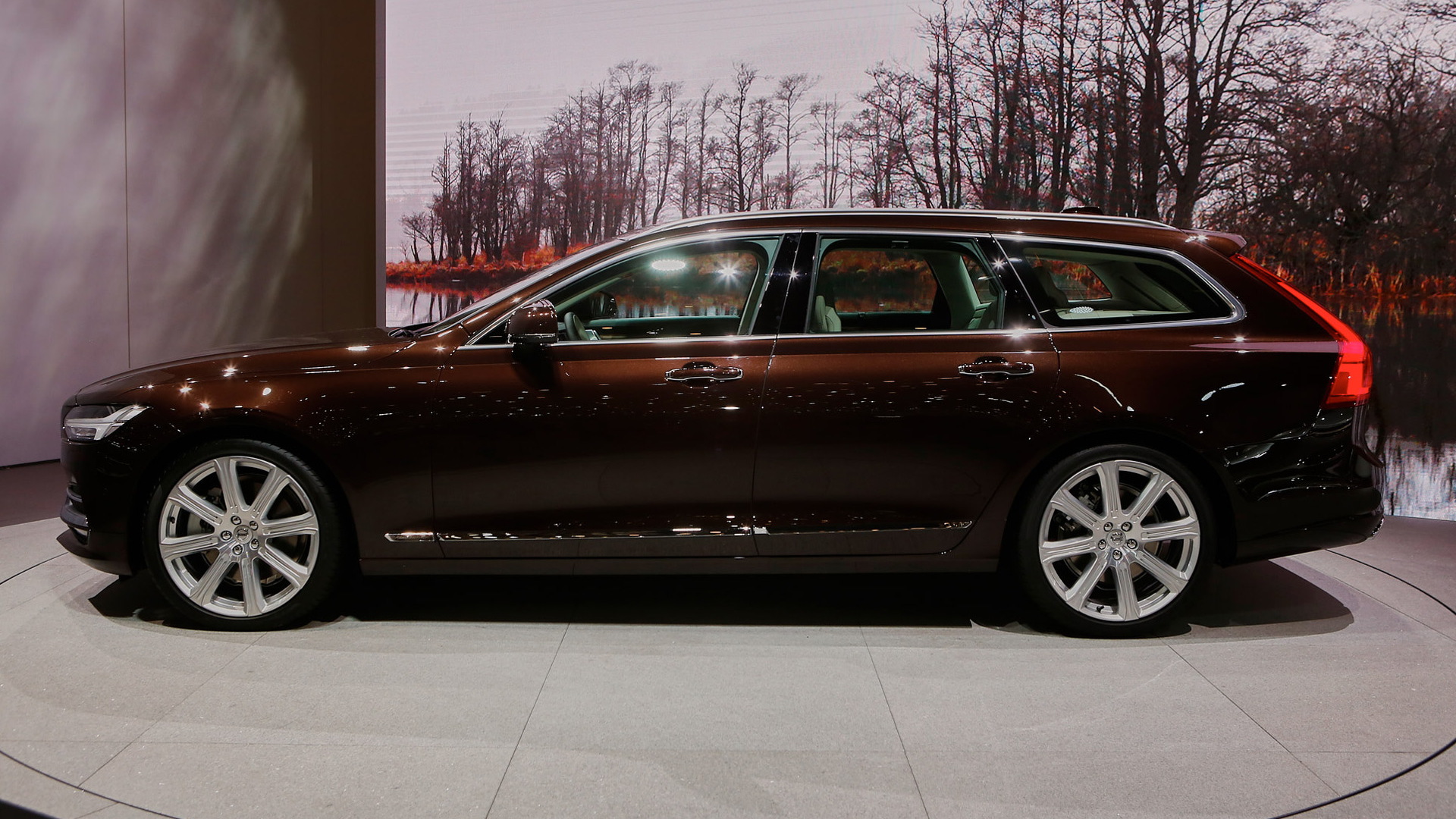 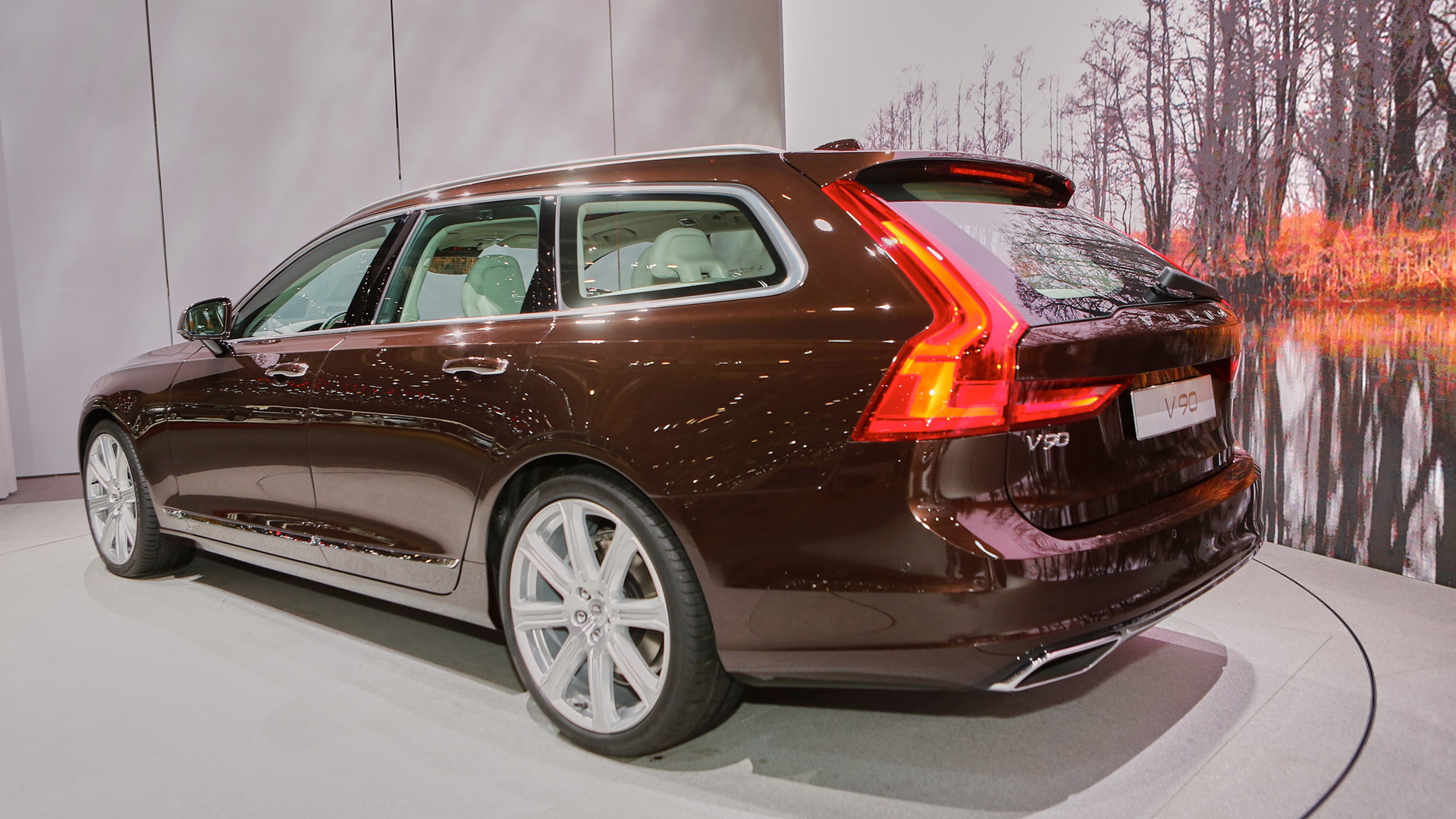 After numerous leaks and prototype sightings, Volvo’s V90 wagon has finally been revealed to the public. The car was presented last month at a private showing in Stockholm, Sweden and this week it was presented at the 2016 Geneva Motor Show. We should be seeing it showrooms alongside its sedan counterpart, the S90, later this year.

The V90 will compete with other premium mid-size wagons such as the Audi A6 Avant, BMW 5-Series Touring and Mercedes-Benz E-Class Wagon. However, the V90 is unique in that it comes exclusively with four-cylinder power. Final specs are yet to be announced but we’d expect them to be the same as the figures previously announced for the S90.

The T8 Twin Engine is essentially a plug-in hybrid where the internal combustion engine powers the front wheels and the electric motor powers the rear pair. This arrangement creates a ‘through-the-road’ hybrid all-wheel-drive system. Either powertrain source can power the vehicle on its own and with a full charge of the onboard lithium-ion battery, Volvo says V90 T8 Twin Engine owners can expect approximately 31 miles of electric-only driving.

The interior is virtually identical to what you find in the S90, although you now get extra space behind the rear seats plus the ability to fold these seats in various combinations. Premium elements, either standard or available, include real wood and metal detailing plus a digital instrument cluster and Bowers & Wilkins audio. There’s also Apple CarPlay smartphone integration, semi-autonomous Pilot Assist (allows autonomous highway driving), and the latest City Safety object detection system.