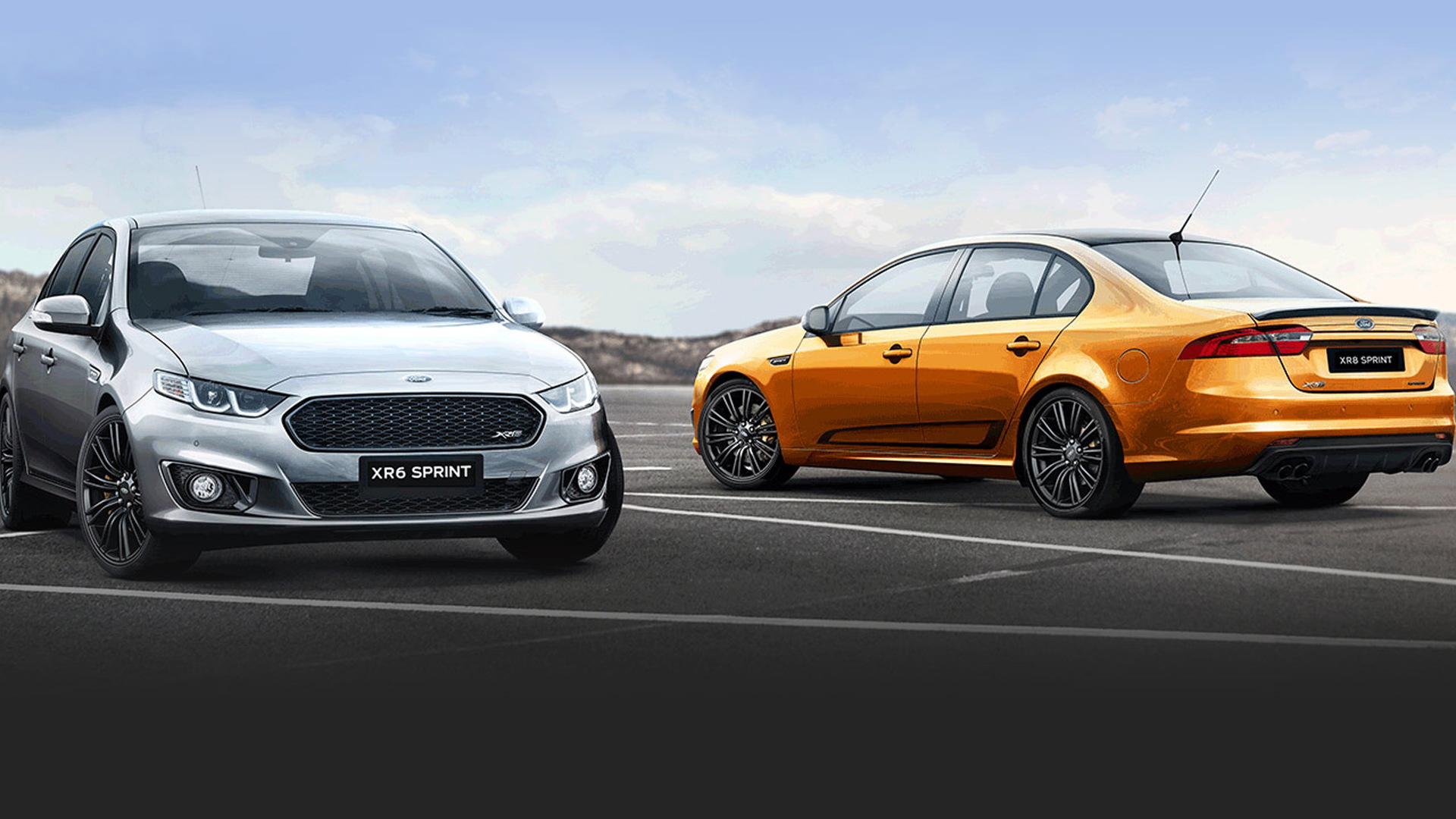 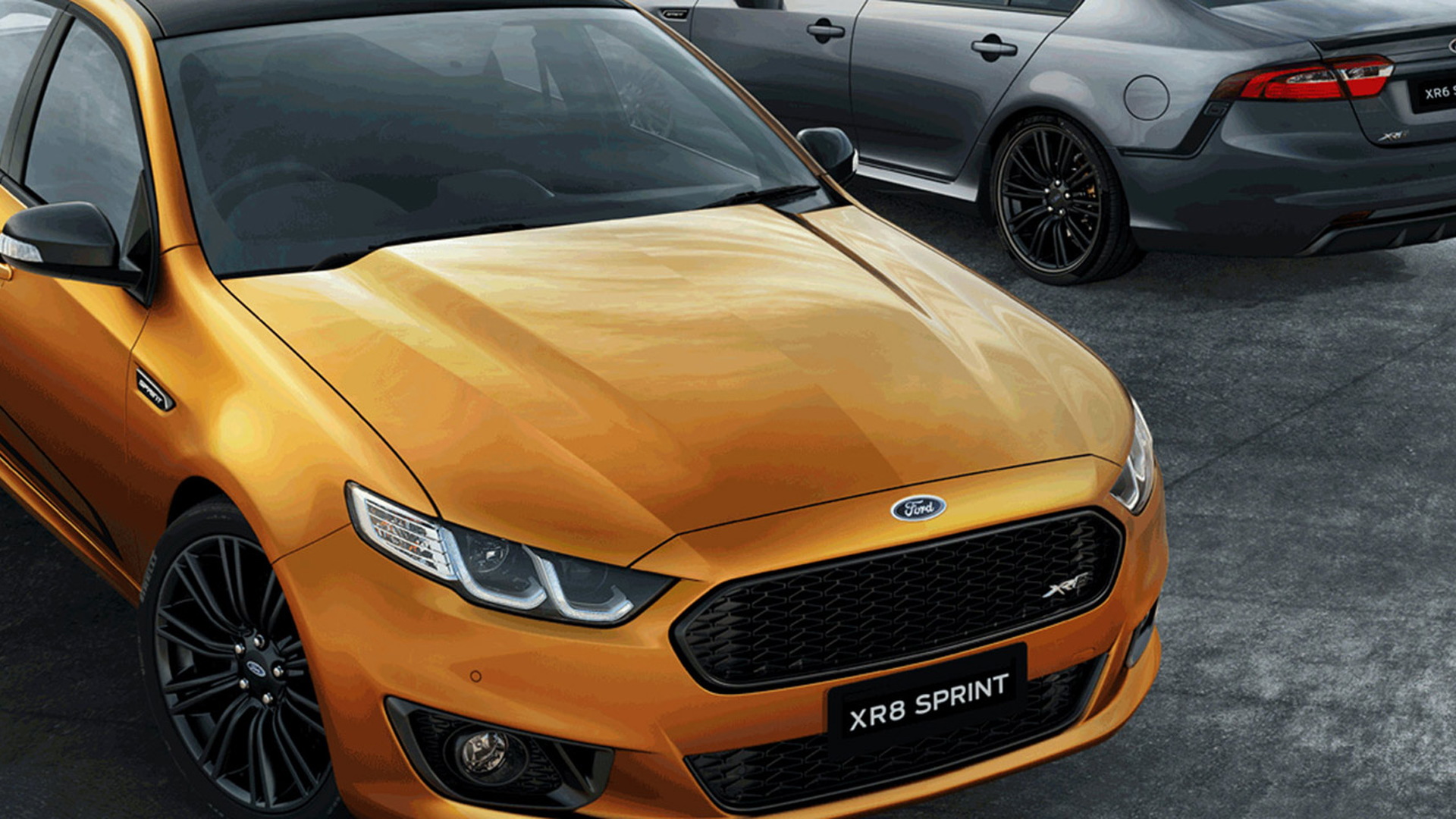 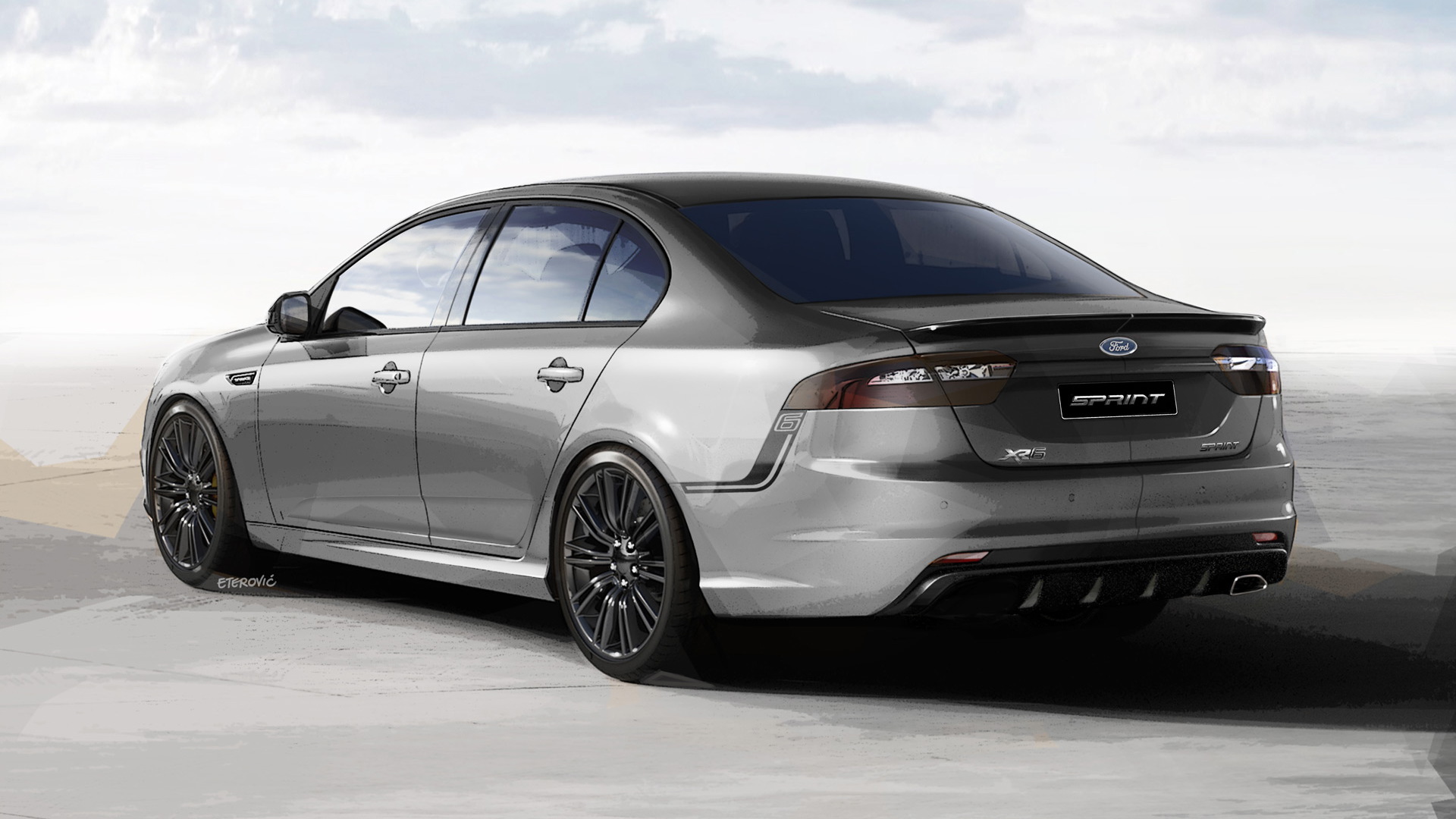 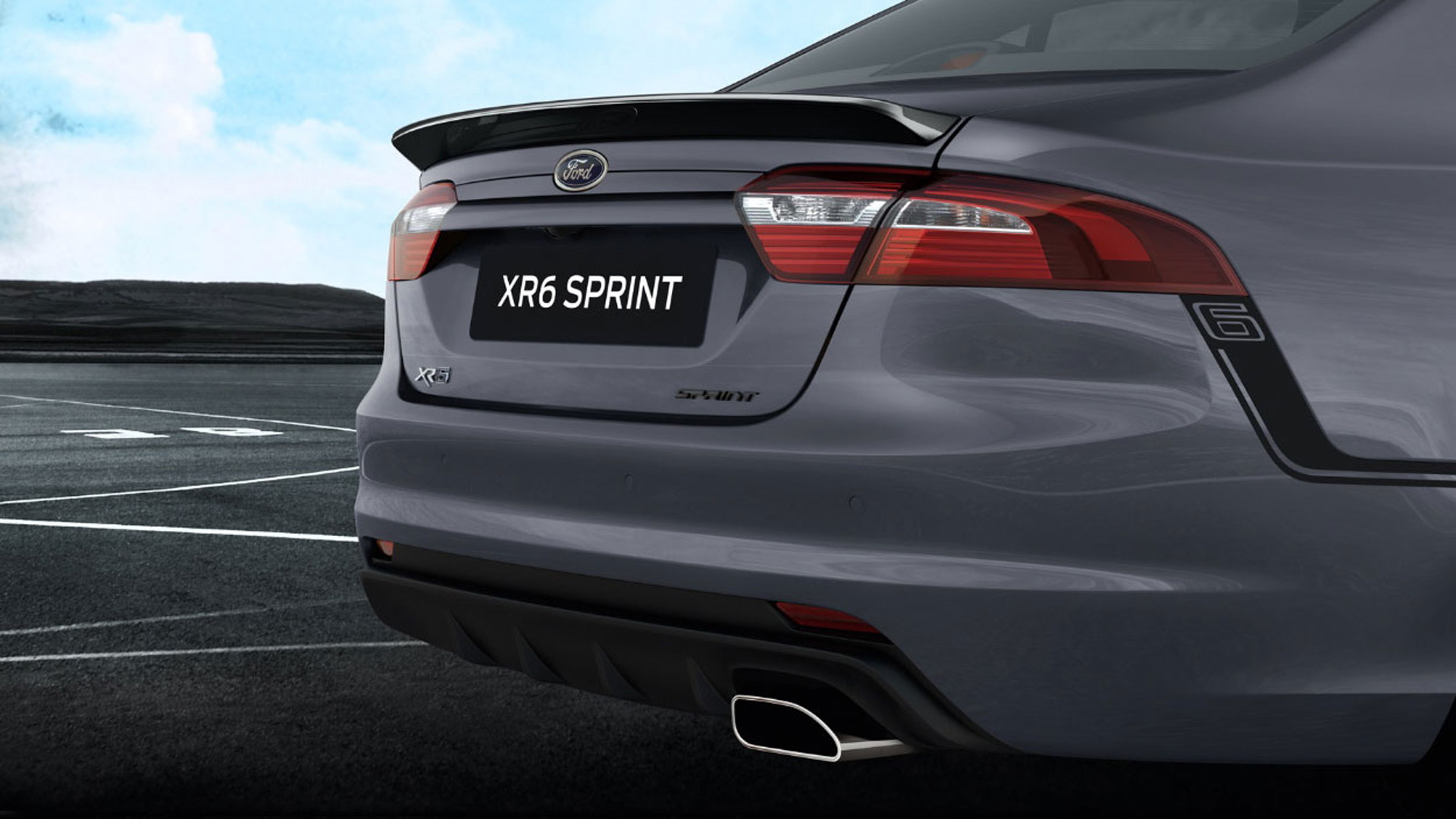 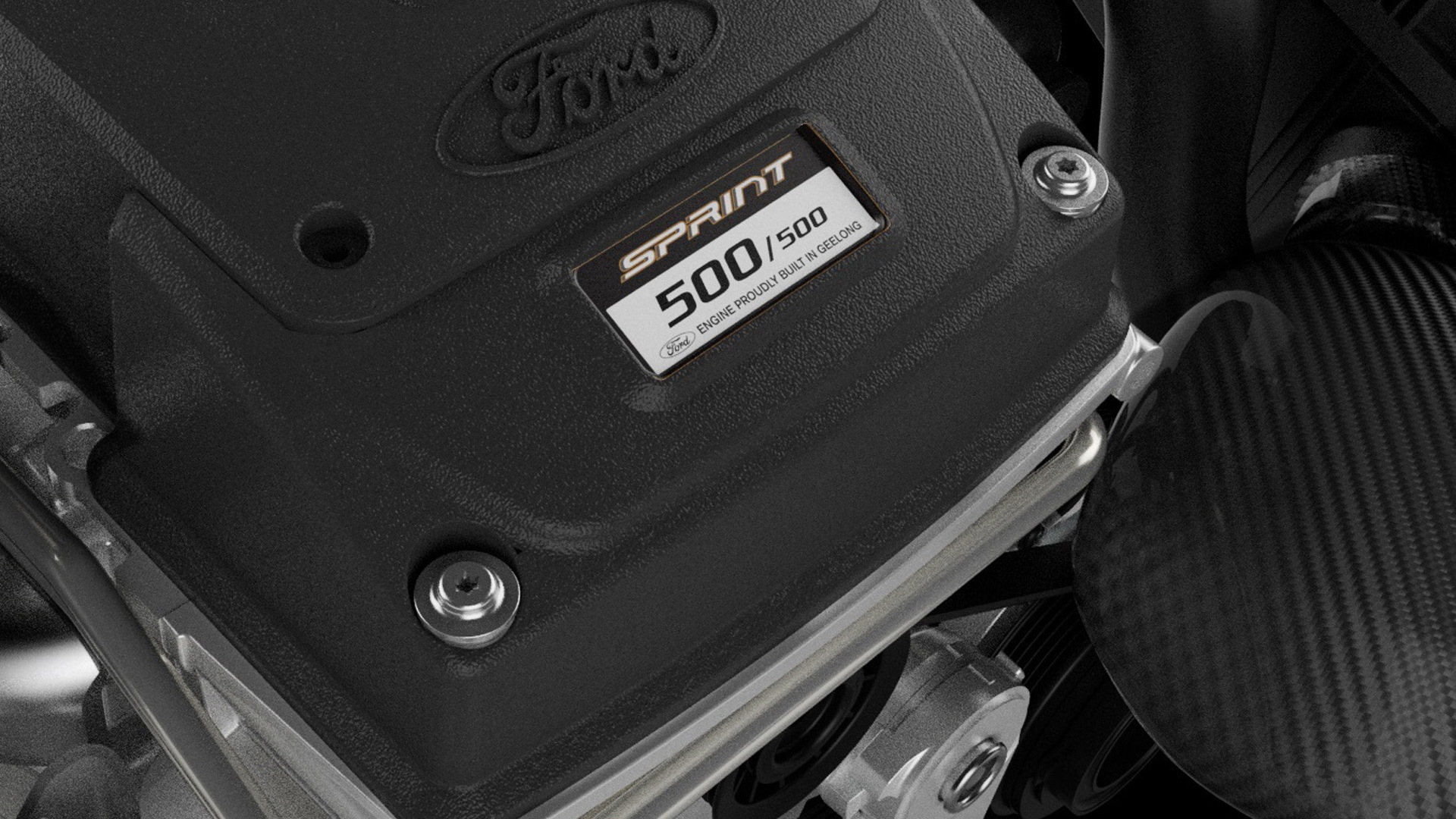 Ford Motor Company [NYSE:F] is ending production in Australia this year, which means some impressive albeit outdated cars like the Falcon range of rear-wheel-drive sedans and pickups as well as an SUV derivative known as a Territory will soon be phased out. Sadly, there are no plans for any successor models.

In the lead up to the end of production, Ford will be building a pair of performance-oriented Falcon special editions. The Falcon already has two performance offerings that come with an “XR” badge: the six-cylinder XR6 Turbo and eight-cylinder XR8. For their final year in production the cars adopt an additional “Sprint” badge.

The XR6 Turbo Sprint and XR8 Sprint have been revealed. In addition to their special badging, they come with extra horsepower and some styling tweaks such as a black finish for the standard 19-inch wheels, a gold finish for the standard Brembo brakes, and a black wing spoiler at the rear. The roof and side mirror caps can also be ordered in black.

The XR6 Turbo Sprint packs the standard XR6 Turbo’s turbocharged 4.0-liter straight-six engine, now with a rating of 435 horsepower and 425 pound-feet of torque. However, thanks to an overboost function, this output can be bumped up to as much as 496 hp and 479 lb-ft for 10-second intervals. The only transmission for this model is a six-speed automatic. The car also features a new carbon fiber intake.

The XR8 Sprint features a supercharged version of the 5.0-liter "Coyote" V-8 common to the Mustang GT. Its official rating here is 462 hp and 424 lb-ft but it has its own overboost function that will turn things up to 536 hp and 479 lb-ft. This model can be had with either a six-speed manual or six-speed automatic.

The cars also benefit from Brembo brakes, Pirelli P Zero tires (245/35 front and 265/35 rear) and specific suspension tuning. The stock wheels are a 19-inch set. Performance figures haven’t been released but expect 0-60 mph times for both to be somewhere close to the middle of the 4.0-second bracket.

Ford is planning to build just 1,400 examples all up. This will be broken down into 550 XR6 Turbo Sprints and 850 XR8 Sprints. The bulk will go to Australian buyers though around 150 of the cars will be sold in New Zealand where the Falcon range is also offered. Pricing starts at 54,990 Aussie dollars for the XR6 Turbo Sprint and at 59,990 Aussie dollars for the XR8 Sprint. At current exchange rates, that works out to be approximately $38,750 and $42,280 respectively.

Ford fans will recognize the Sprint name from the original Falcon sold in North America during the 1960s. It was first used on the Australian Falcon in 1993 on a special version of the XR8 sold at the time. More than 300 were built and today they are among some of the more collectible Falcons. It’s likely the same will be true for the modern Falcon XR Sprint models one day.