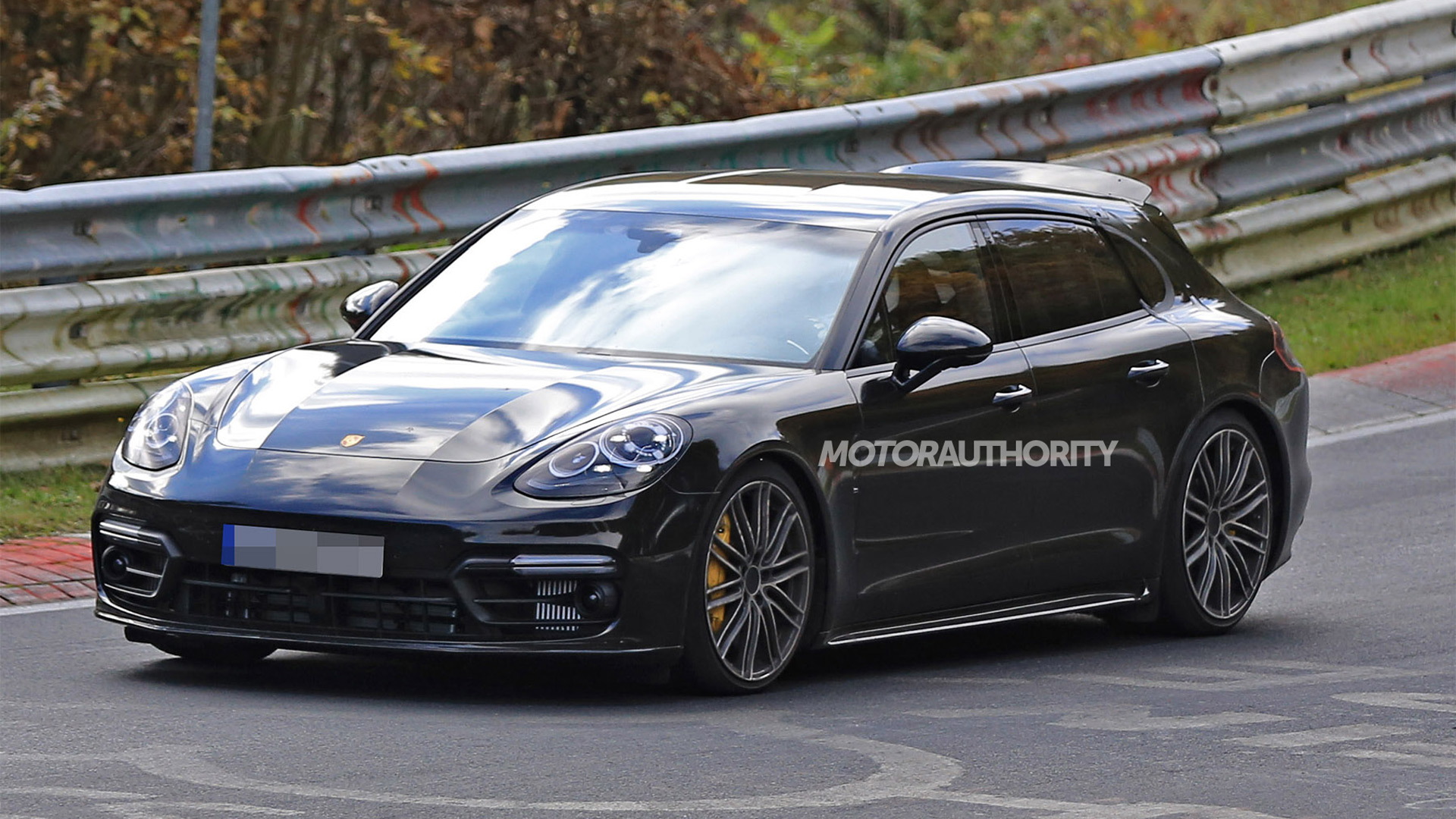 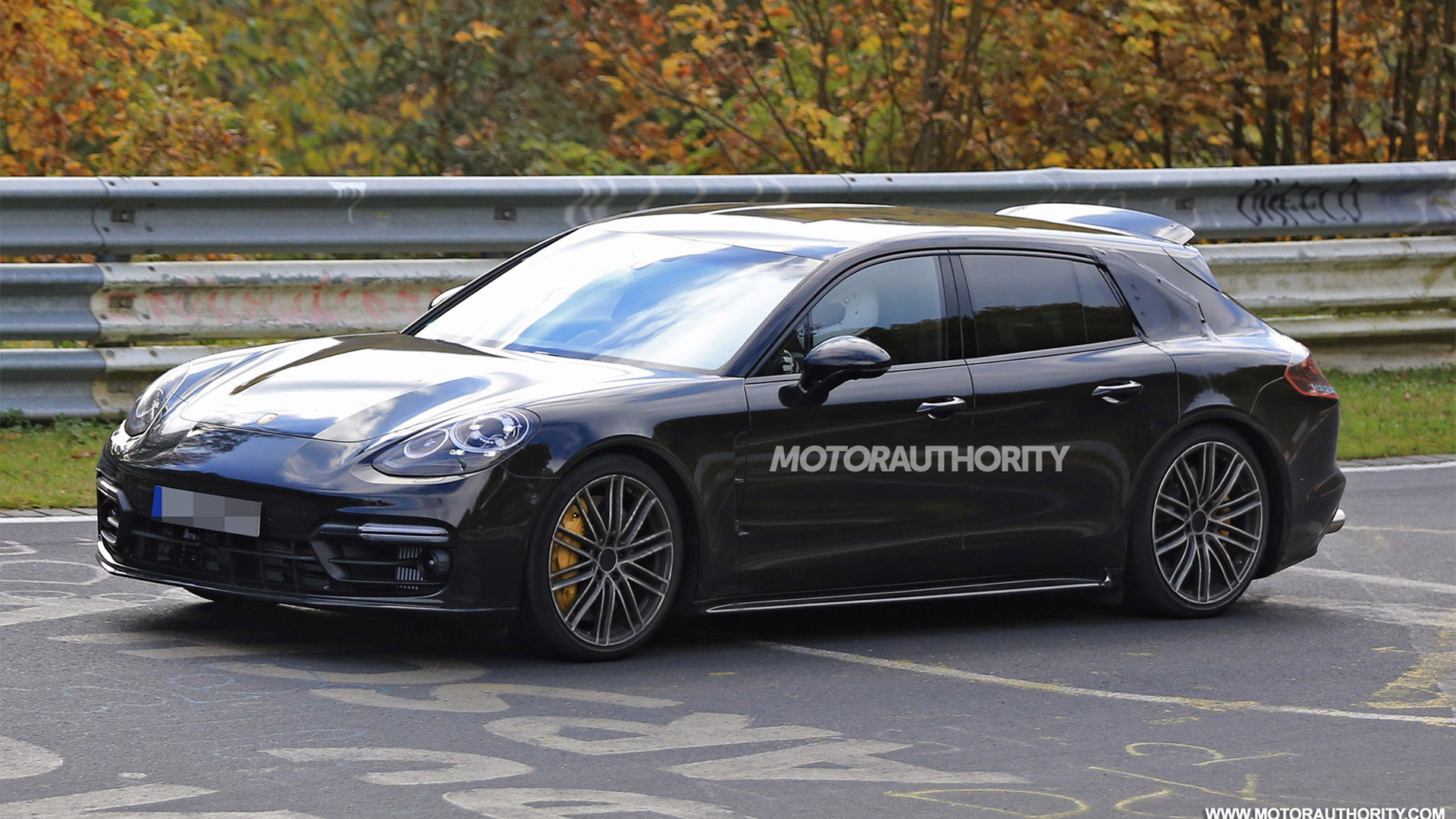 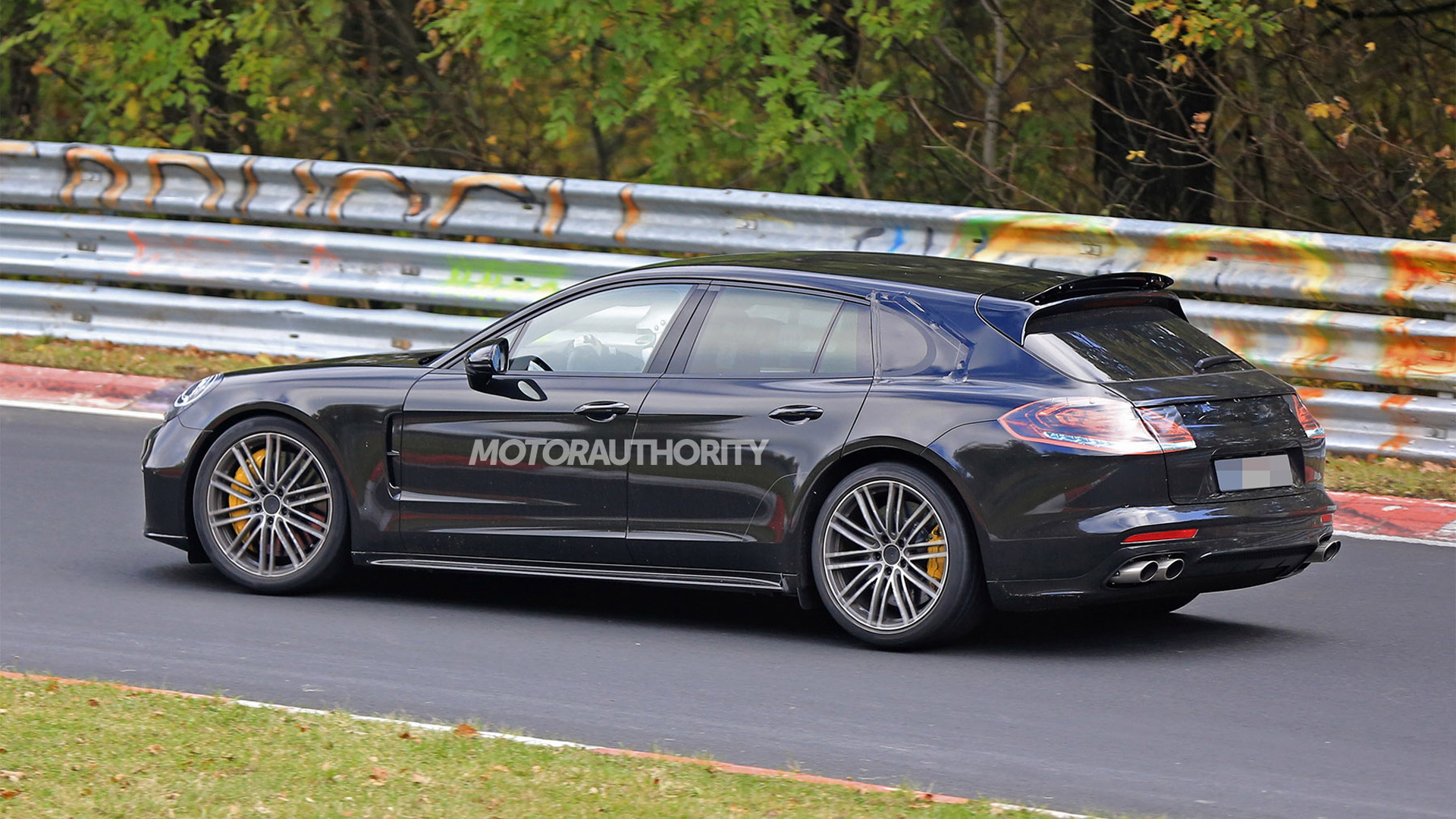 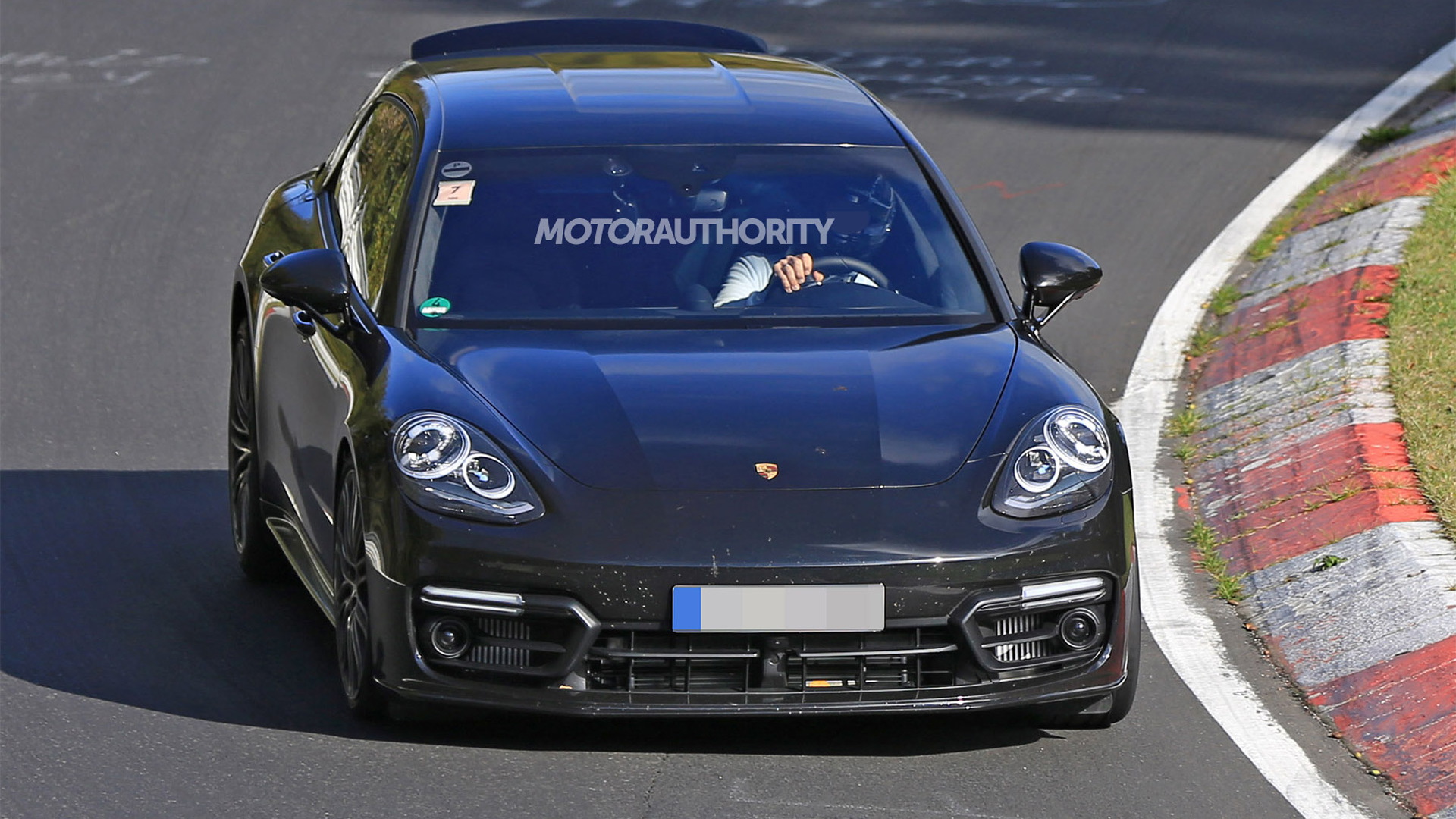 Fans of Porsche’s Panamera Sport Turismo concept from the 2012 Paris Auto Show rejoice, the automaker has heeded your calls and is putting the stunning show car into production. Our latest spy shots show a late-stage prototype.

The general shape looks virtually identical to what we saw on the Panamera Sport Turismo concept, though camouflage gear still hides some of the finer details. The latest shots show a prototype for the high-performance Turbo variant, as indicated by the uprated wheels, tires and brakes plus the square-shaped, quad-exhaust tips.

The car is essentially a wagon but Porsche won’t want you to call it that. Instead, expect something like Shooting Brake or Estate or perhaps even Gran Turismo to be used in the nomenclature. The idea of the car was born from customer feedback, as Porsche has previously said clients are requesting more luggage space than what’s offered by the current Panamera.

The second-generation Panamera, revealed in standard sedan form already, is slightly larger than the original. It’s the first car based on the Volkswagen Group’s MSB platform for large, front-engined, rear-wheel-drive (with available all-wheel drive) cars. Most next-generation Bentleys are expected to adopt this platform as well, including the next-generation Continental GT which we’ve also spied. Key benefits of the design are lighter weight and compatibility with electrified powertrains.

The variety of powertrains on offer for the current Panamera is likely to remain, albeit with some all-new engine designs thrown in. From the sedan, we know the Panamera S comes with a twin-turbocharged 2.9-liter V-6 making 440 horsepower and 406 pound-feet of torque. The Panamera Turbo comes with a twin-turbocharged 4.0-liter V-8 producing 550 hp and 567 lb-ft, and the recently revealed Panamera 4 E-Hybrid features the V-6 from the Panamera S working in concert with an electric motor to deliver 462 hp and 516 lb-ft.

Adding a Panamera wagon is not without its risks. Mercedes-Benz is said to be dropping its own CLS Shooting Brake after the current generation runs its course, due to a lack of sales. Part of the reason is that many buyers in Europe, the strongest market for high-end wagons, are—like the rest of the world—flocking to SUVs.

Nevertheless, it appears Porsche sees a place for the car as part of an expanded Panamera family. We’ll also see another generation of the long-wheelbase Panamera Executive. Sadly, the oft-rumored coupe (nee modern-day 928) looks to be on hold.