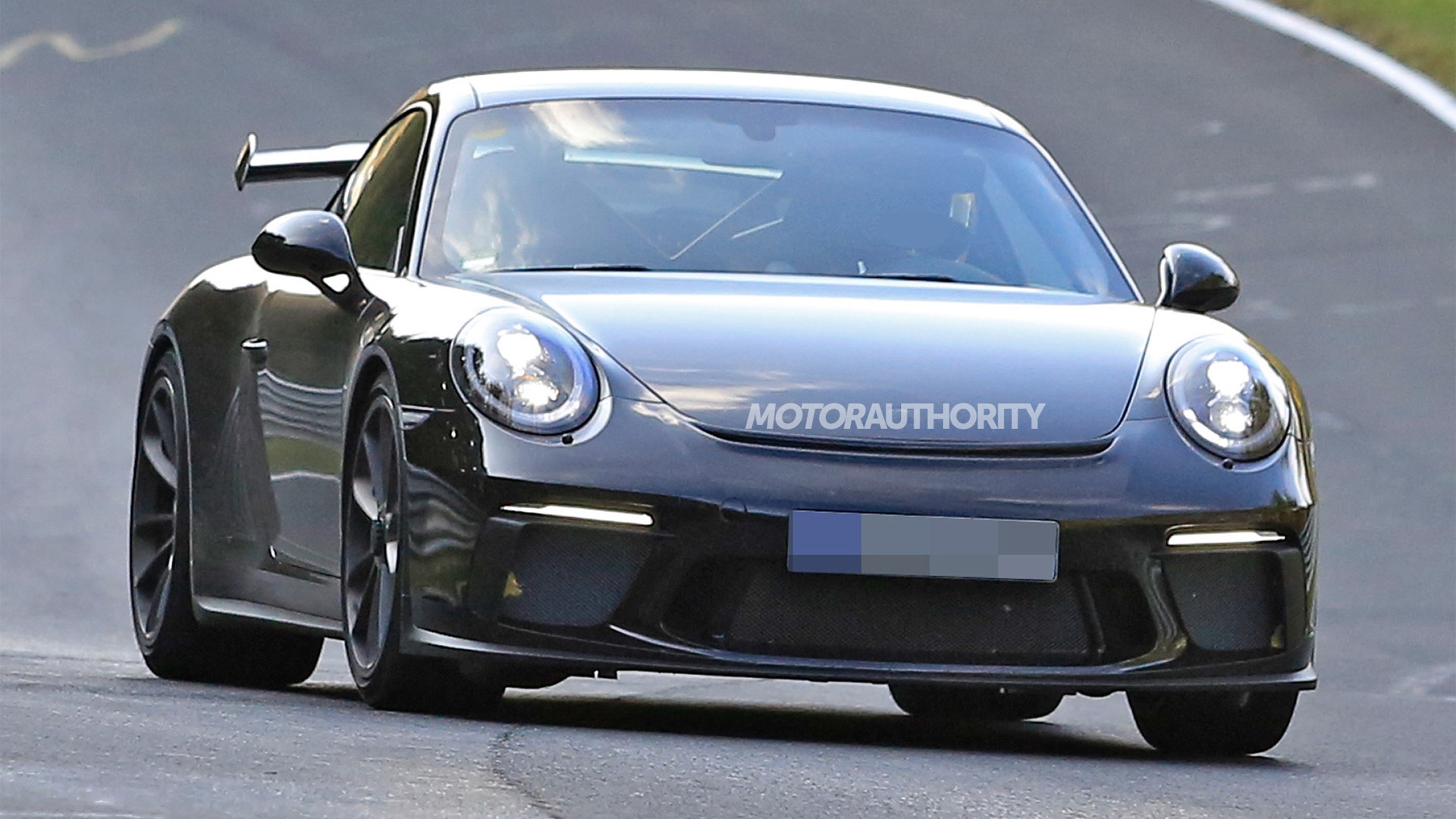 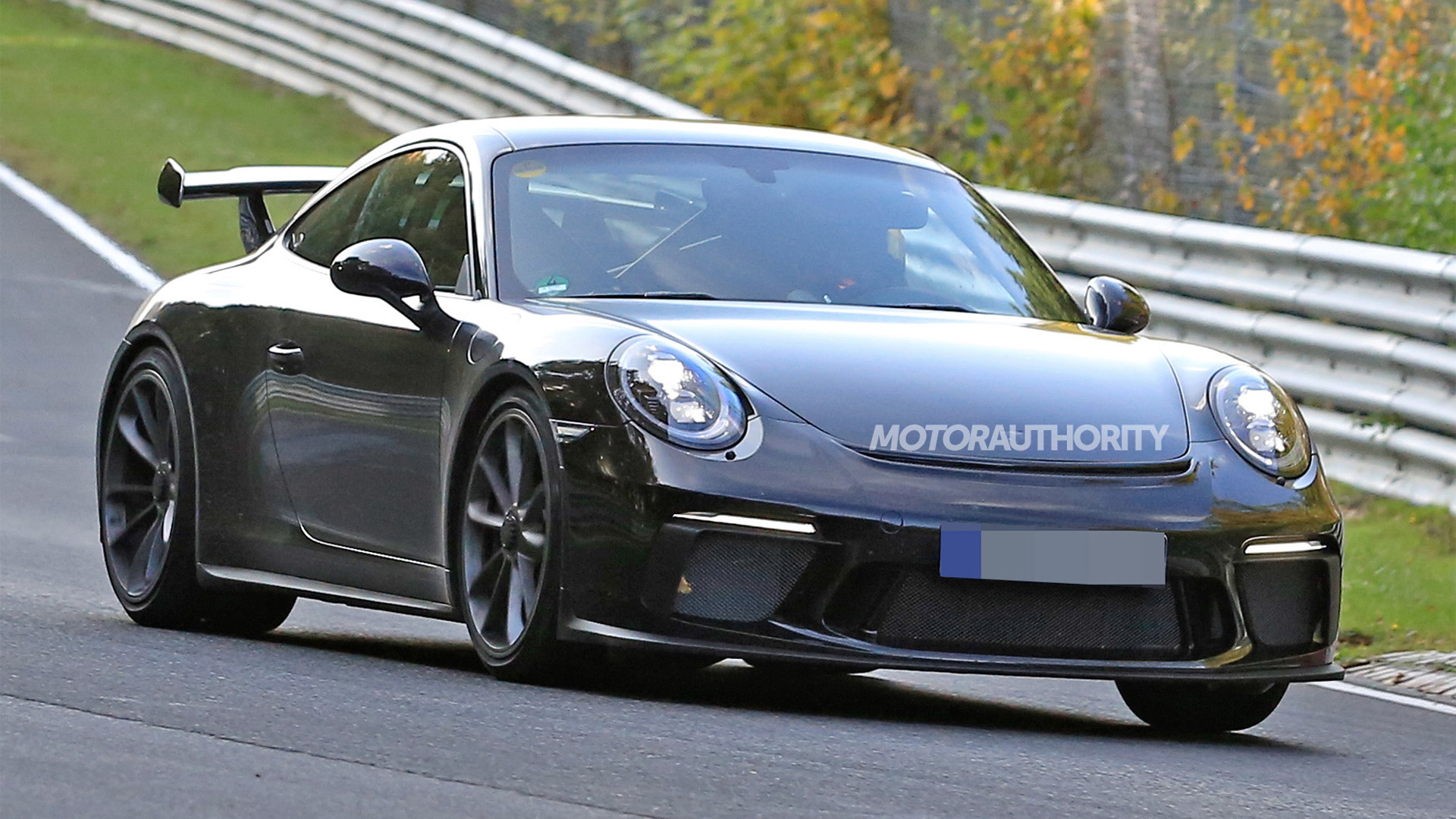 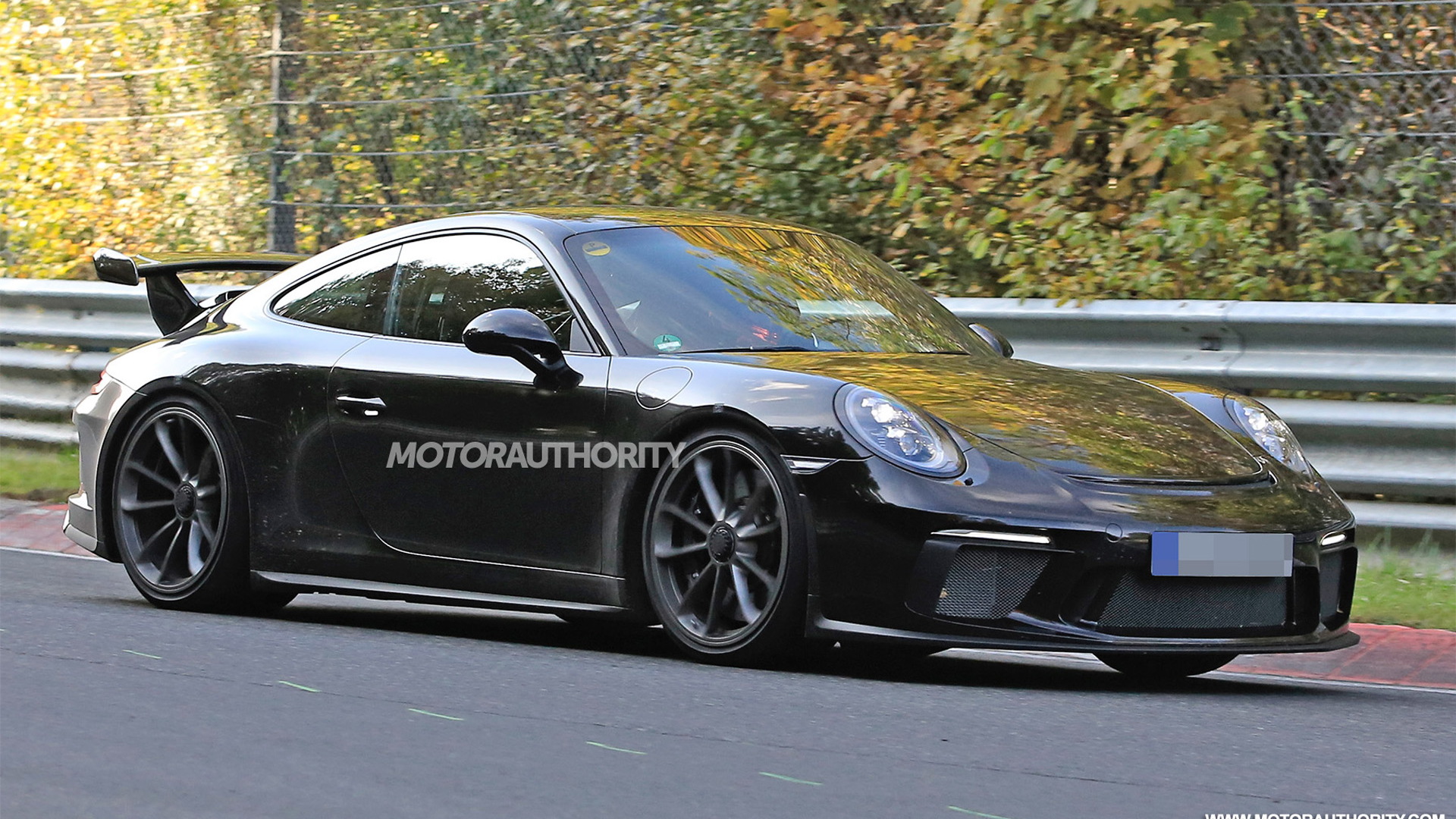 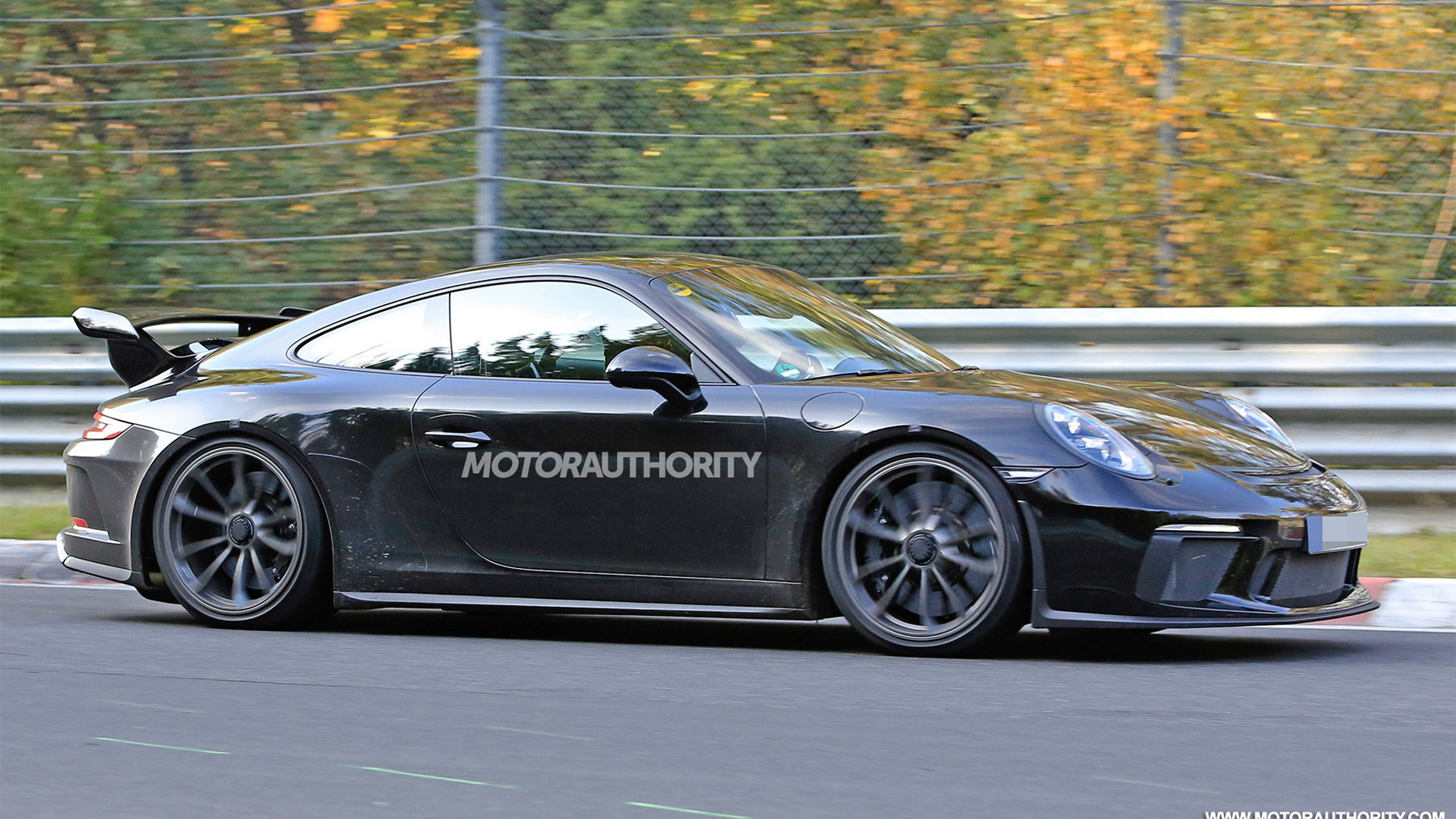 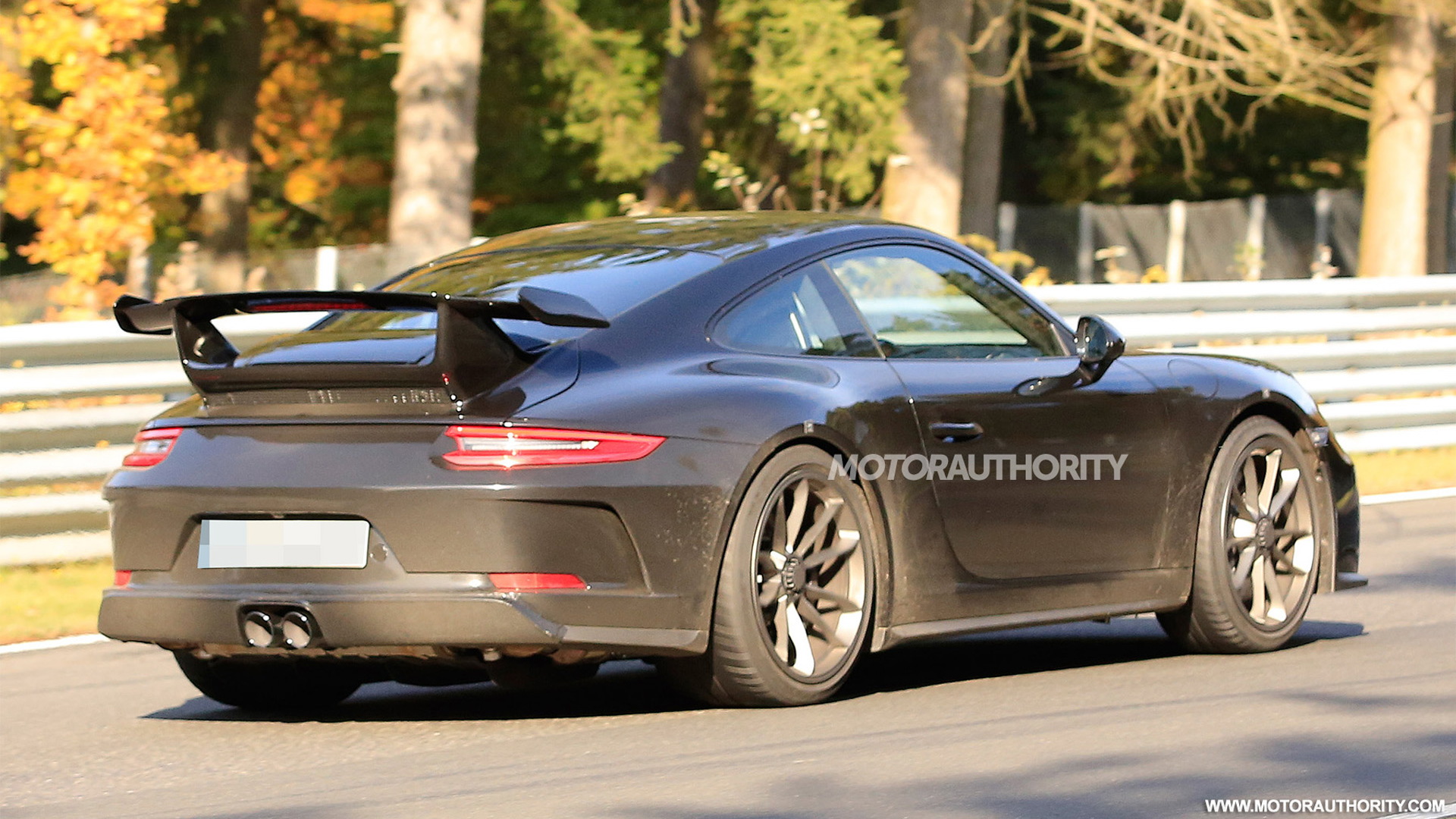 Fans of Porsche’s track-focused 911 GT3 can look forward to an updated version of the car coming later this year.

The complete 911 range is currently undergoing its mid-cycle update, with the most recent model to be updated being the Turbo. It looks like the next will be the updated GT3, and judging by the latest prototype the reveal isn’t far. A debut in the coming months is likely, as we've already seen the updated GT3 in race car form.

The current GT3 made its debut at the 2013 Geneva auto show and proved quite controversial due its standard dual-clutch transmission. There was also the little issue of engines needing to be replaced in some of the earlier models.

That hasn’t stopped the car from being extremely popular, especially in RS trim, so understandably Porsche won’t be looking to rock the boat with the update. Look for a few visual tweaks, changes to the suspension and perhaps some extra horsepower under the hood. We hear the 6-speed manual transmission from the latest 911 R may also be made available. 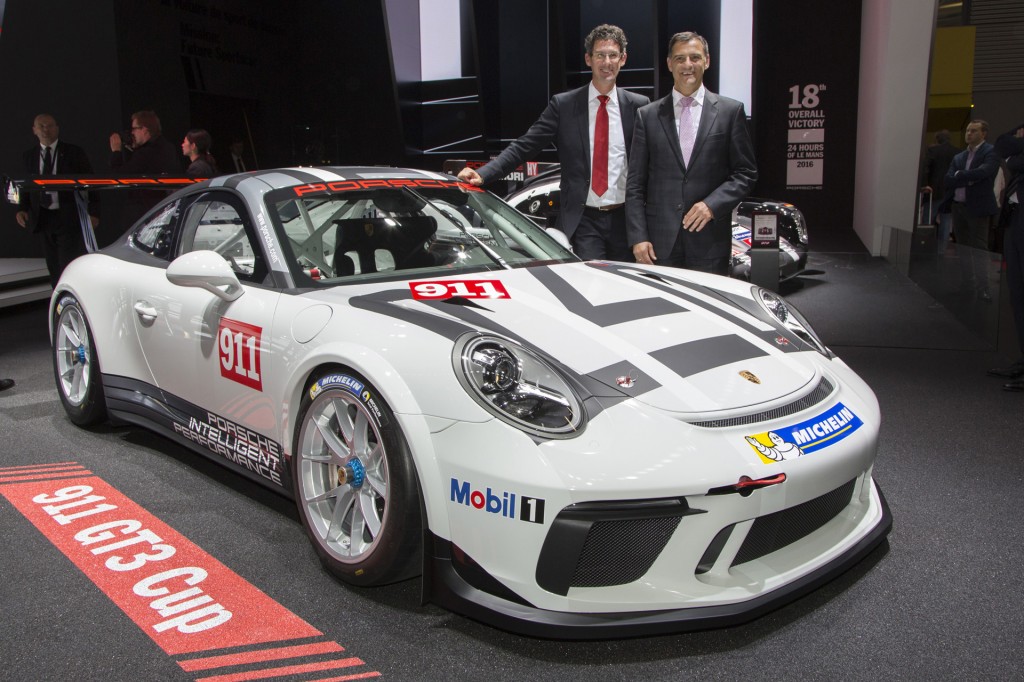 The most significant change are the new bumpers. The engine cover is also new, possibly to improve air flow.

There will be some minor tweaks inside, too. Expect the latest Porsche Communication Management infotainment system complete with 7.0-inch display, smartphone integration and updated navigation with real-time traffic info and Google Earth/Streetview functionality.

The good news is that Porsche won’t be adding turbocharged power to the GT3, which it has been doing to most of the other models in the 911 family, including the base Carrera. The current GT3’s engine is a 3.8-liter flat-6 with 475 horsepower on tap.