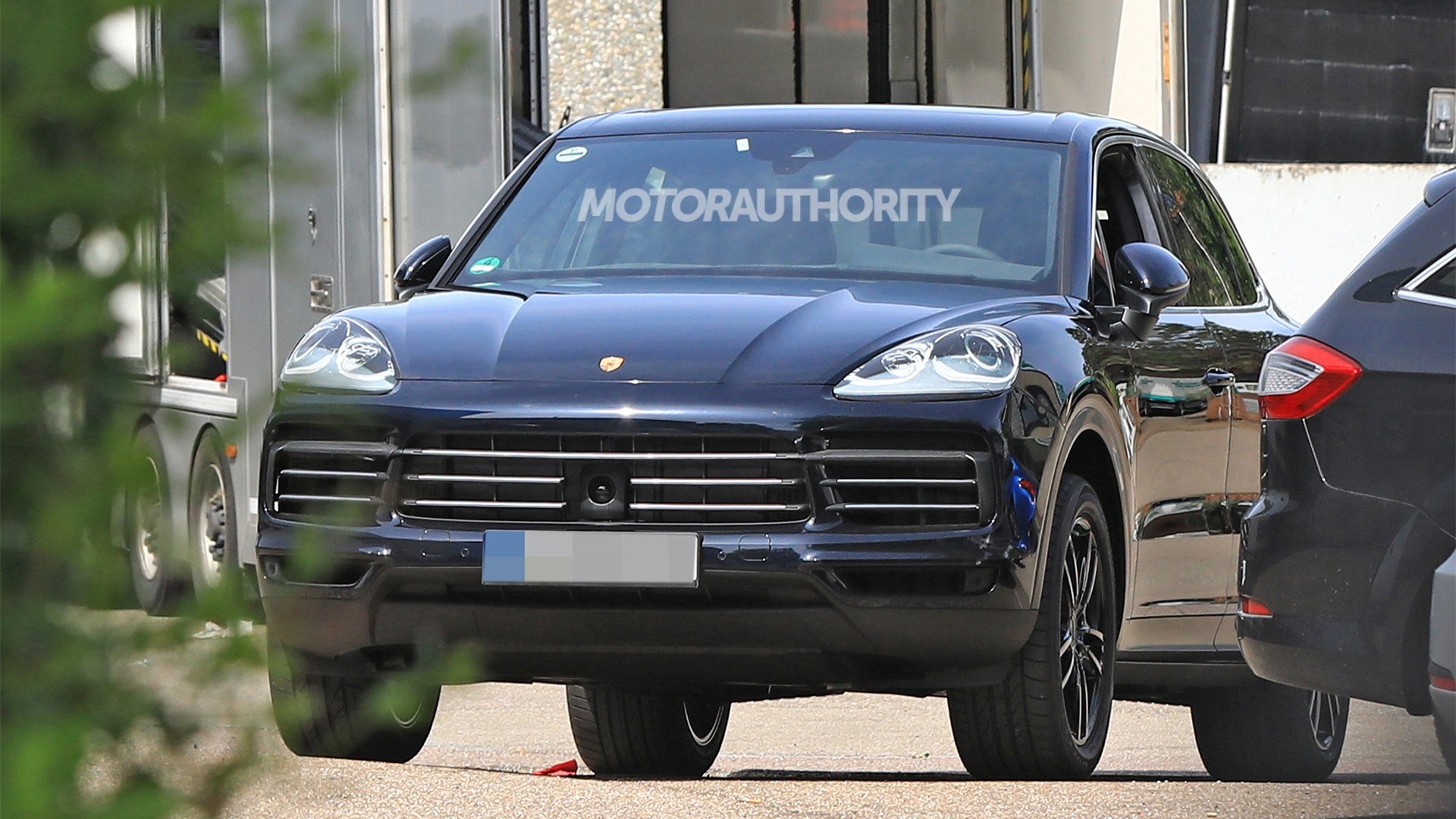 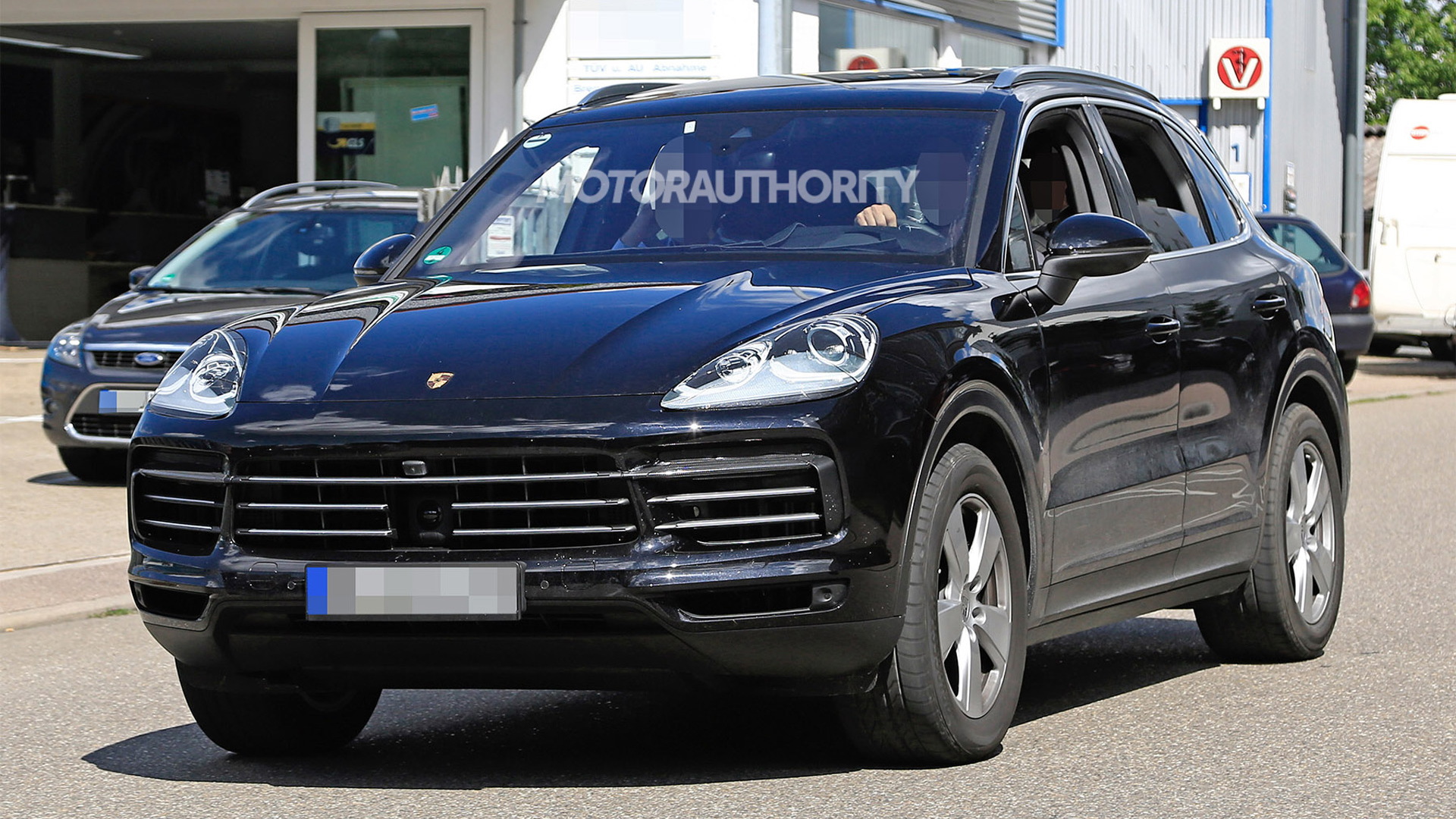 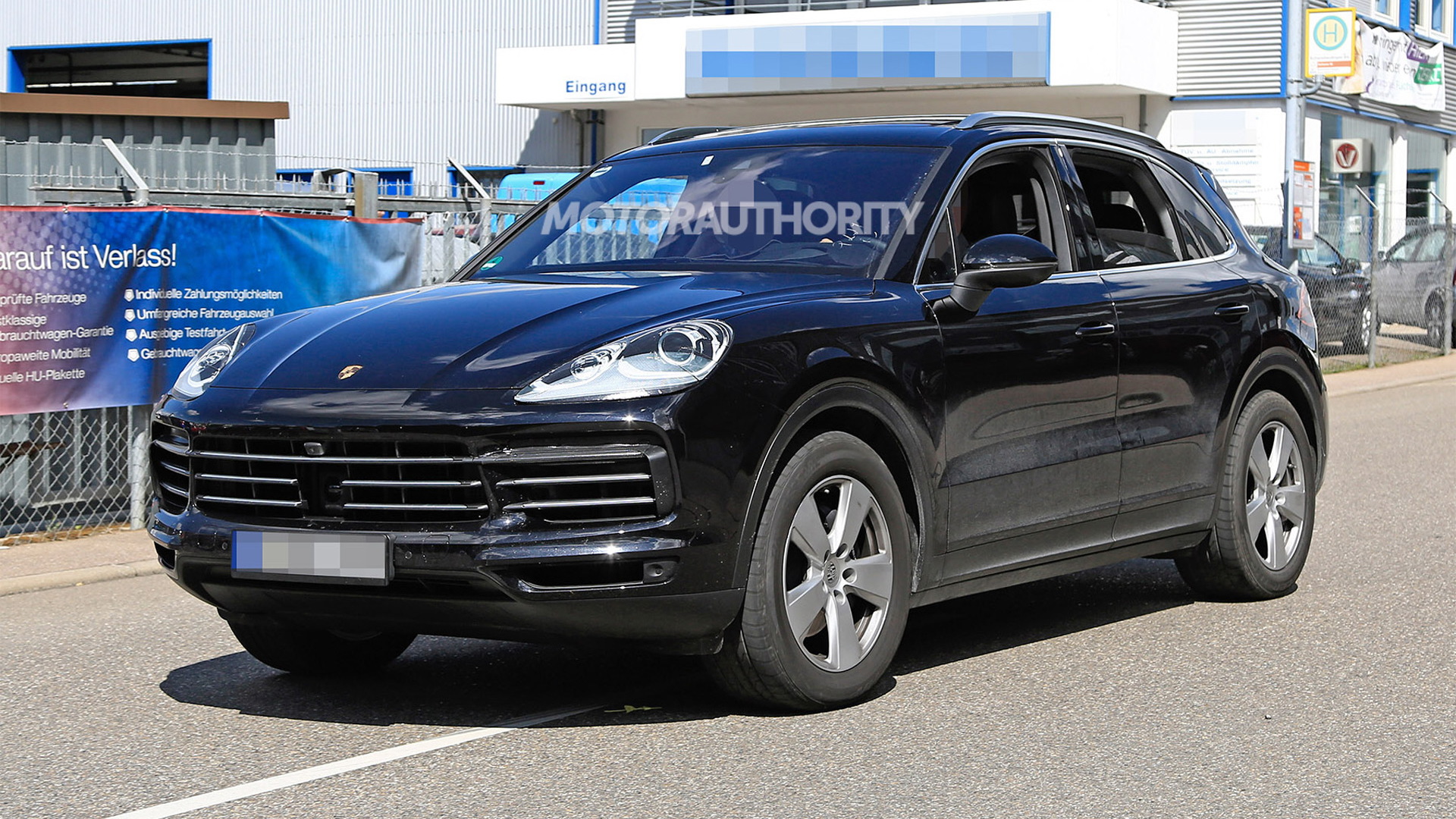 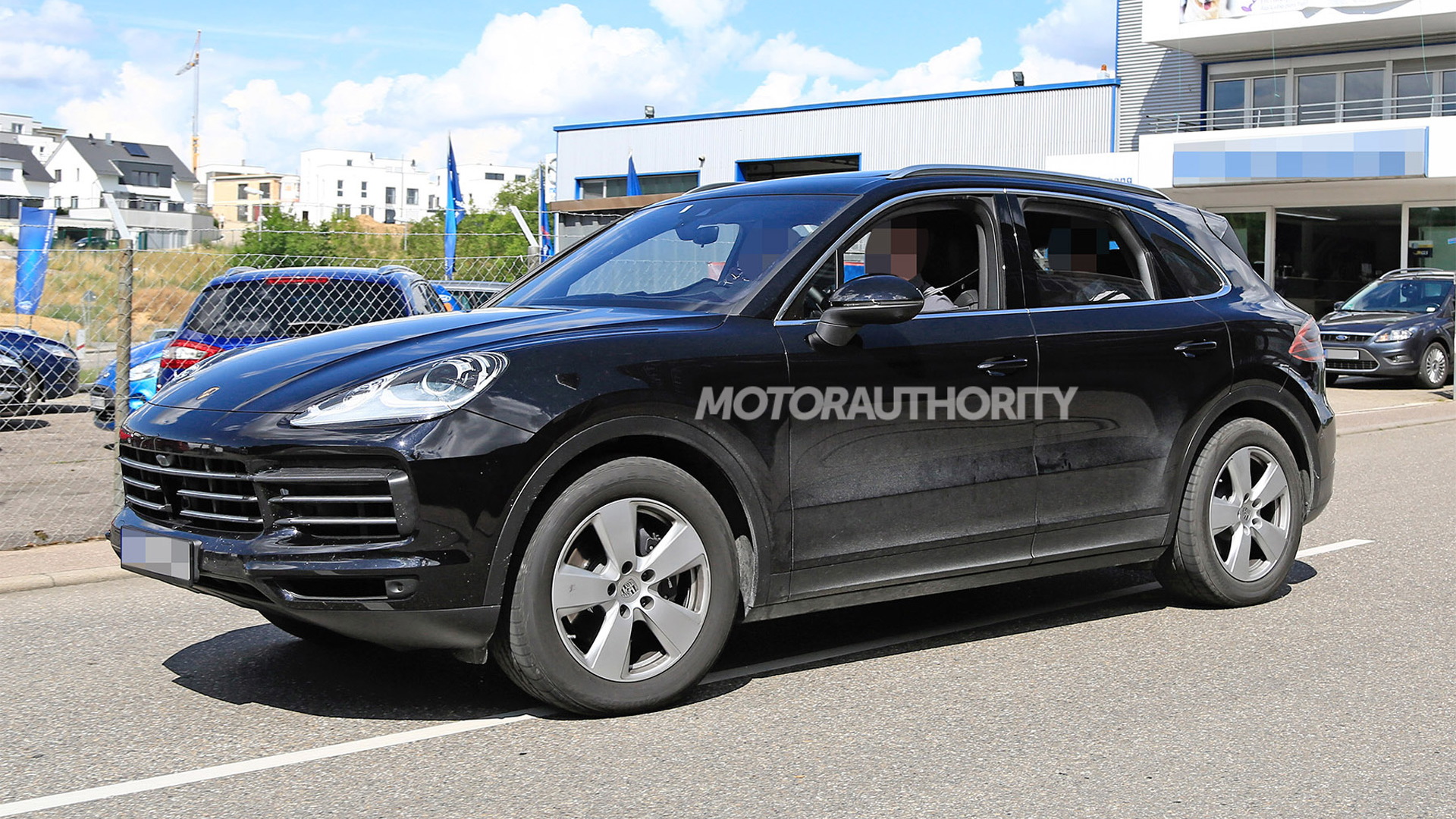 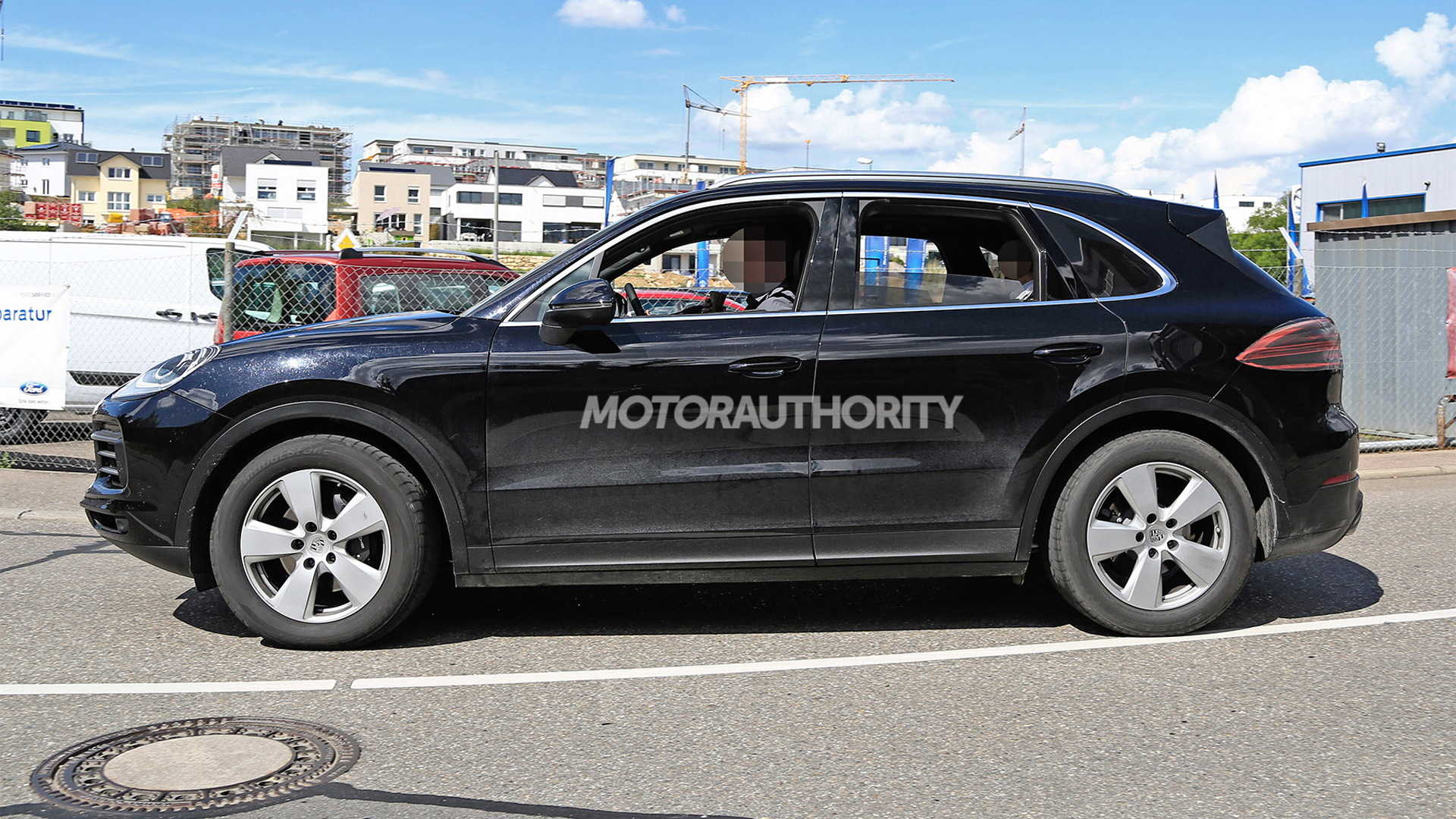 The current Porsche Cayenne is approaching the end of its life cycle, as a successor has been spotted on multiple occasions testing in prototype form. The exterior is still partially disguised but we can make out most of the details of the third-generation model which appears to have a sleeker look dominated by a longer, flatter roof.

The new Cayenne is due out in late 2017, as a 2018 model, and when it arrives should offer improved dynamics, fuel efficiency and performance thanks to the SUV version of the Volkswagen Group’s MLB platform. The platform made its debut in the 2017 Audi Q7 and has since appeared in the 2017 Bentley Bentayga and 2018 Audi Q5. It will also appear in the next VW Touareg as well as Lamborghini’s Urus SUV.

The benefits of the platform are lighter weight and improved rigidity, brought about by a combination of high-strength steel, aluminum and even some carbon fiber in the mix. We’re expecting the new Cayenne to weigh as much as 220 pounds less than the current model, which in base trim still weighs in at almost 4,500 lb.

As for styling, Porsche’s second-generation Panamera plus the smaller Macan SUV point the way. Look for the new Cayenne to adopt the Macan’s clamshell hood and wraparound tail-lights. The Panamera's front air intakes are also expected to feature in the design.

Powertrains are expected to mostly mirror the lineup in the current Cayenne. V-6 engines will feature in base and mid-range Cayenne S models. A plug-in hybrid setup will be used for a new Cayenne E-Hybrid (instead of the current Cayenne S E-Hybrid), and a twin-turbocharged V-8 for the Cayenne Turbo. A high-performance plug-in hybrid setup will also feature in a new Cayenne Turbo S E-Hybrid, just like in the Panamera range. Given the VW Group’s diesel emissions scandal, don't expect a replacement for the current Cayenne Diesel in the United States. One should be offered overseas, though.

Inside, expect a design similar to interior of the Panamera. There will be less physical buttons thanks to an improved touchscreen interface. There will also be improved infotainment and connectivity options, plus more electronic driver aids complete with semi-autonomous features.