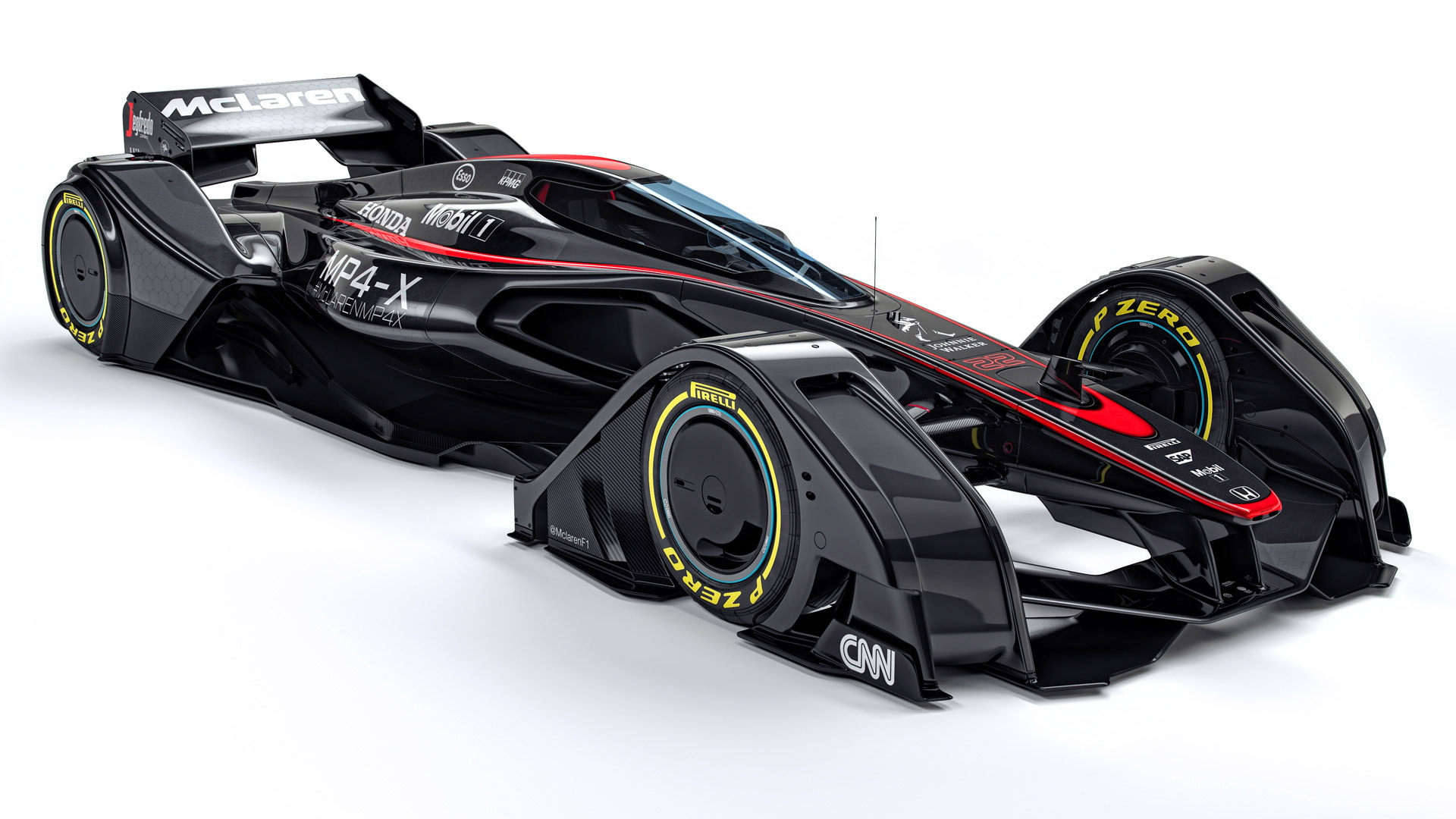 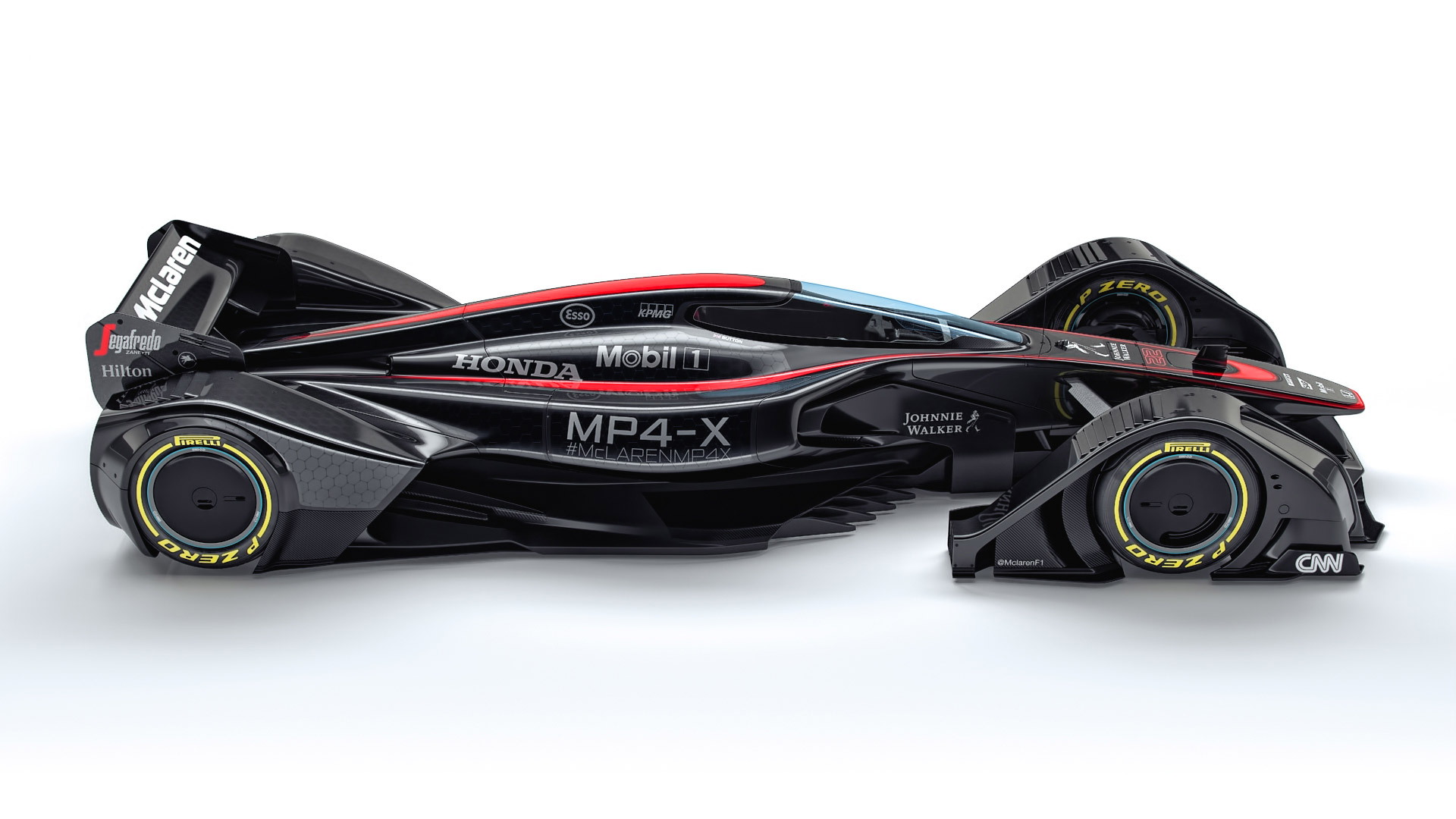 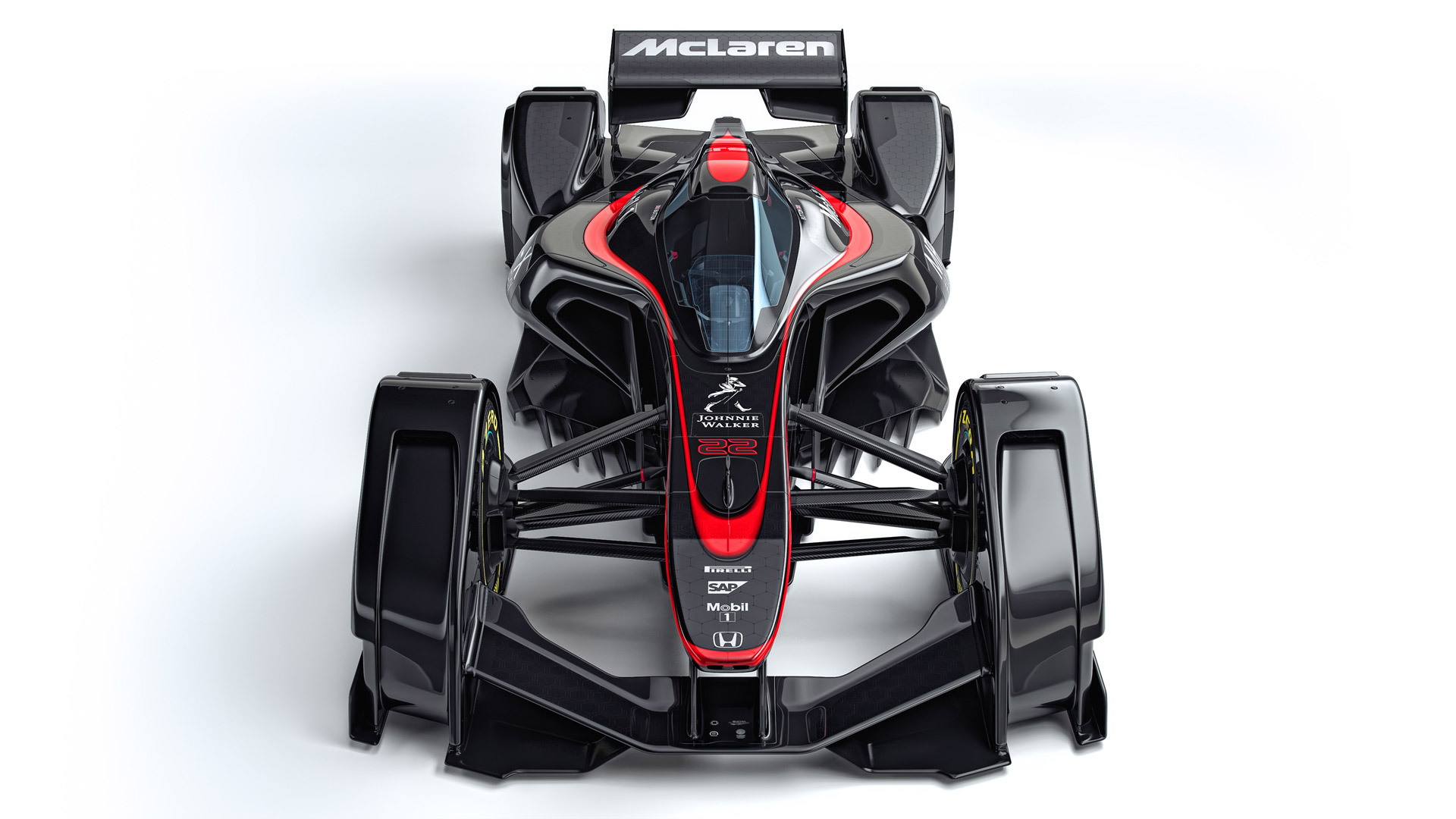 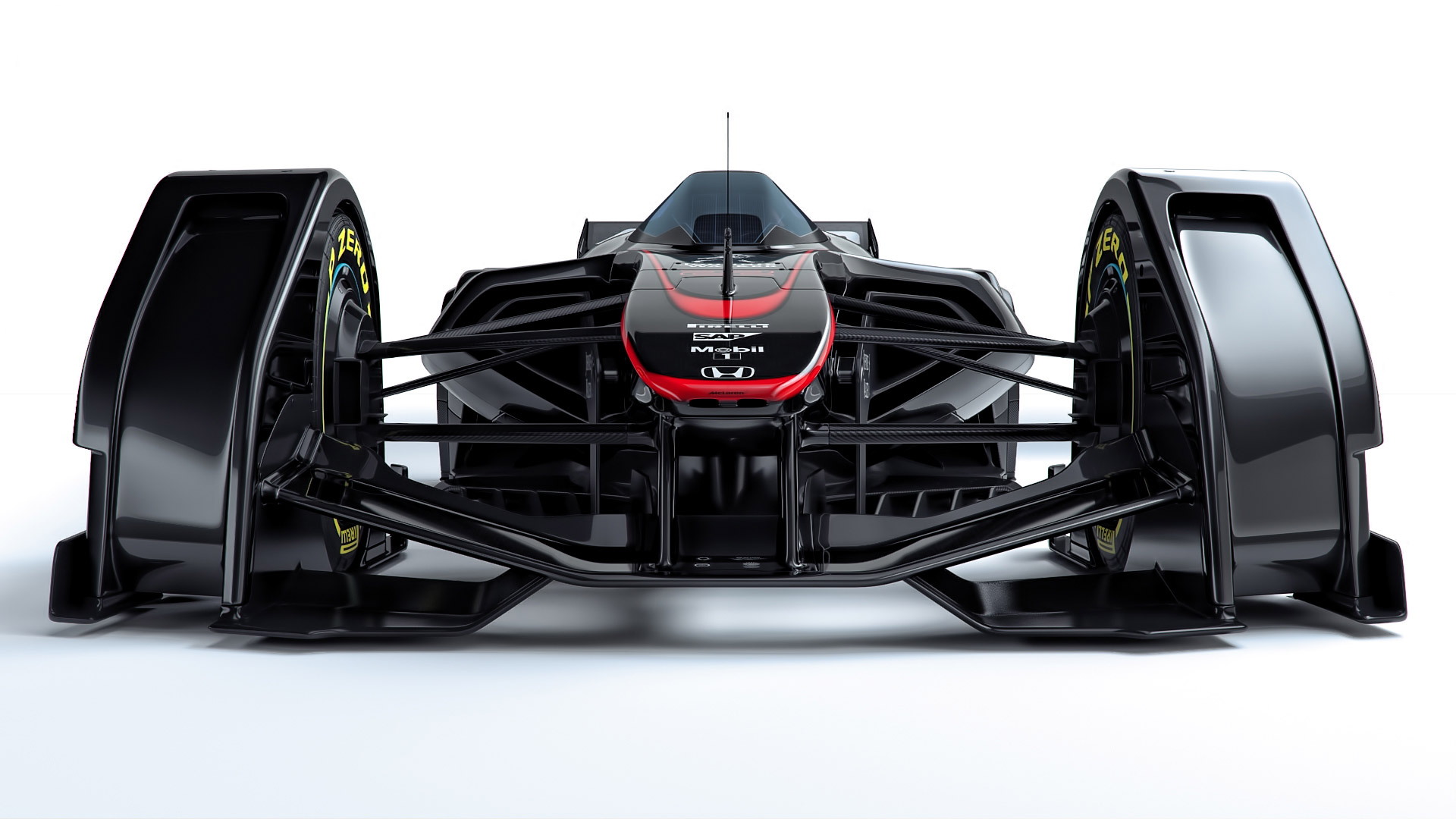 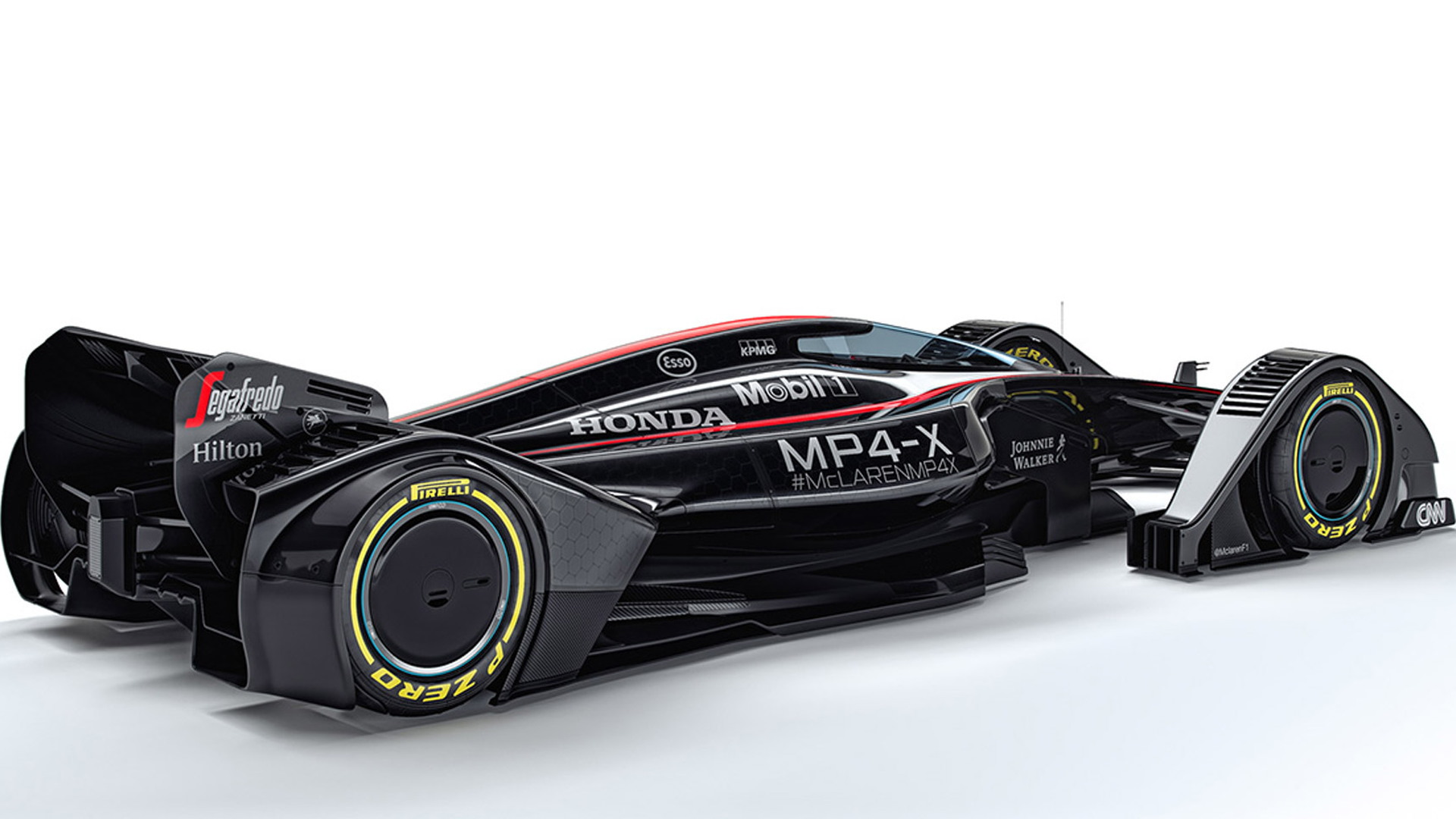 It’s no secret that McLaren had a disastrous Formula One season this year. The team’s drivers Fernando Alonso and Jenson Button were regularly at the back of the pack and the new Honda power unit that many hoped would see a repeat of the performance of the Prost and Senna days turned out to be a dud.

McLaren’s best-placed driver, Button, only managed 16 points to finish 16th in the Drivers’ Championship, while the team itself could only better Marussia with its lowly 27 points in the Constructors’ Championship.

Well, there’s always next year to look forward to. And it seems McLaren is looking even further forward than that—much, much further, in fact. The team has just unveiled a concept that its designers created to envisage the future of F1.

The concept is called the MP4-X, and it has been designed to harness alternative power sources. The chassis has also been designed to change shape to adapt to different aerodynamic demands, and the car can also communicate via a number of means in the event of a failure or a problem. We can also see some elements that have been proposed for future F1 series such as 18-inch wheels and closed cockpits.

For the aerodynamics, electrodes fitted to the surface of the car’s wings would electronically control the bodywork, enabling downforce to be dialed in for cornering, and then dialed out on the straights. In addition, powerfully charged electrodes could be switched on into corners to turn the air around the wings into plasma.

And when it comes to controlling the car, the driver has at his or her disposal a number of technologies including a head-up display, gesture recognition systems and camera monitoring systems.

“With the futuristic McLaren MP4-X concept race car, we wanted to peer into the future and imagine the art of the possible,” McLaren brand director John Allert said in a statement. “We have combined a number of F1’s key ingredients—speed, excitement and performance, with the sport’s emerging narratives—such as enclosed cockpits to enhance driver safety, and hybrid power technologies.