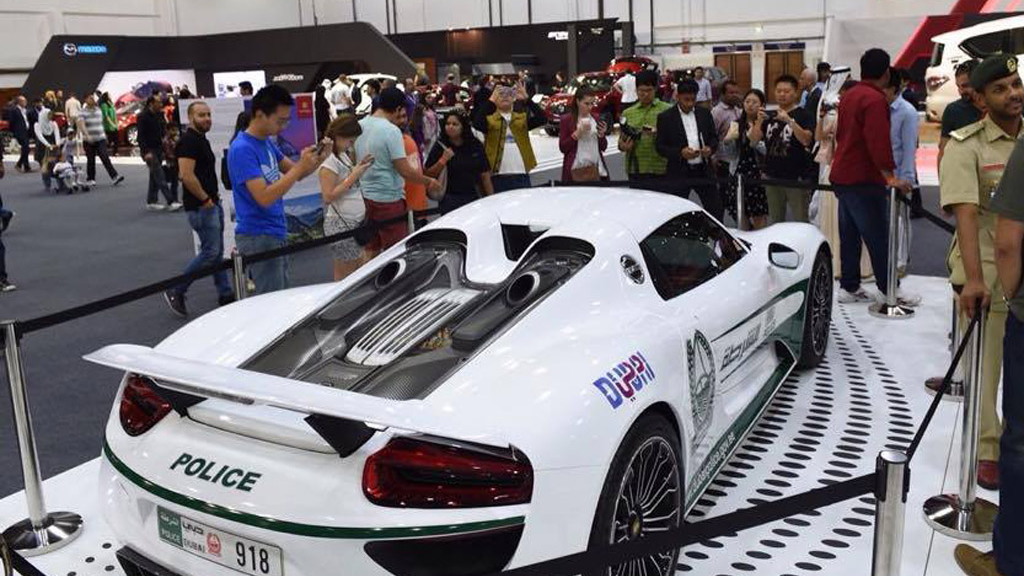 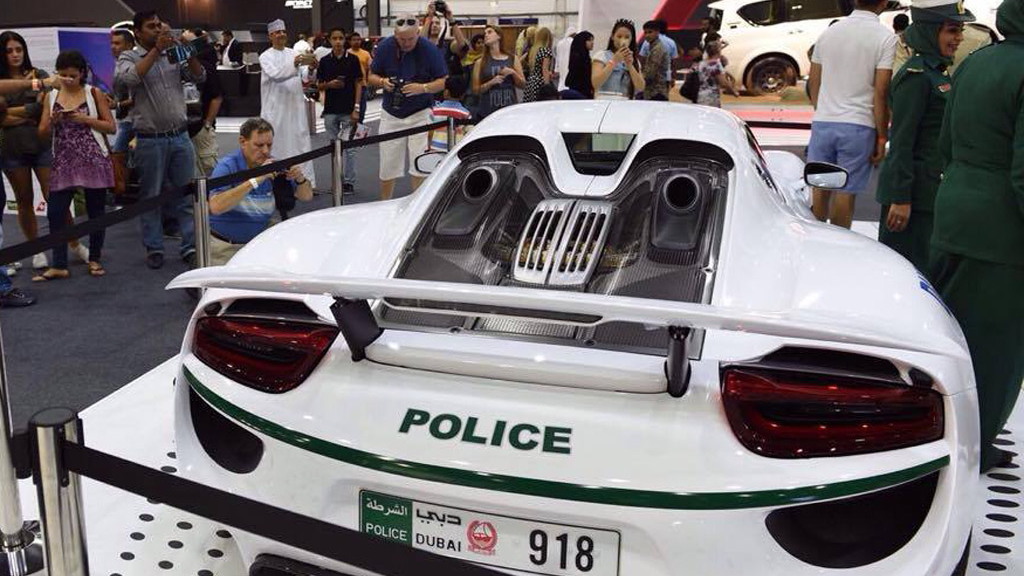 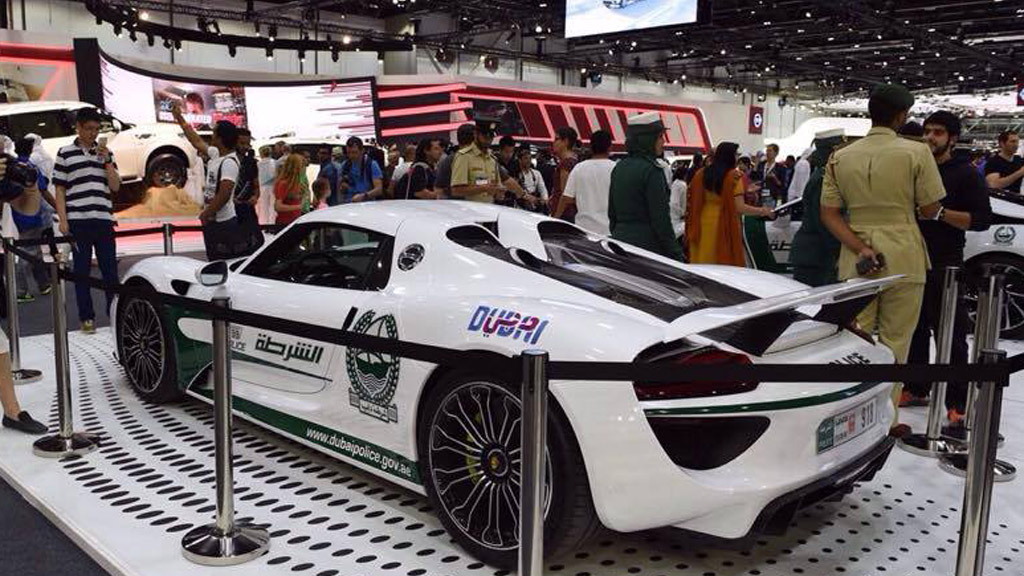 Following the reveal of the three hybrid supercars from Ferrari [NYSE:RACE], McLaren and Porsche back in 2013, it seemed that the 918 Spyder, the heaviest and least powerful of the cars, would be the slowest. Now that independent tests pitting the cars against each other are finally being run, it’s starting to emerge that the Porsche may just be the fastest.

It’s no surprise then that Dubai Police, which seems to own virtually every exciting performance car under the sun, has added the 918 Spyder to its fleet. A version of the car decked out in the green and white livery of the Dubai Police was on show last week at the Dubai Motor Show, where these photos were taken.

Of course, even though it’s one of the fastest cars on the planet, this particular 918 Spyder will likely never be used to chase down crims. You see, as with most of the supercars in the Dubai Police fleet, the 918 Spyder will be used to help promote Dubai to potential tourists and organizers of international expos. The cars are also used to market the services of Dubai Police and to get residents acquainted with some of their local officers.

For more of our coverage on the recent Dubai Motor Show, head to our dedicated hub.