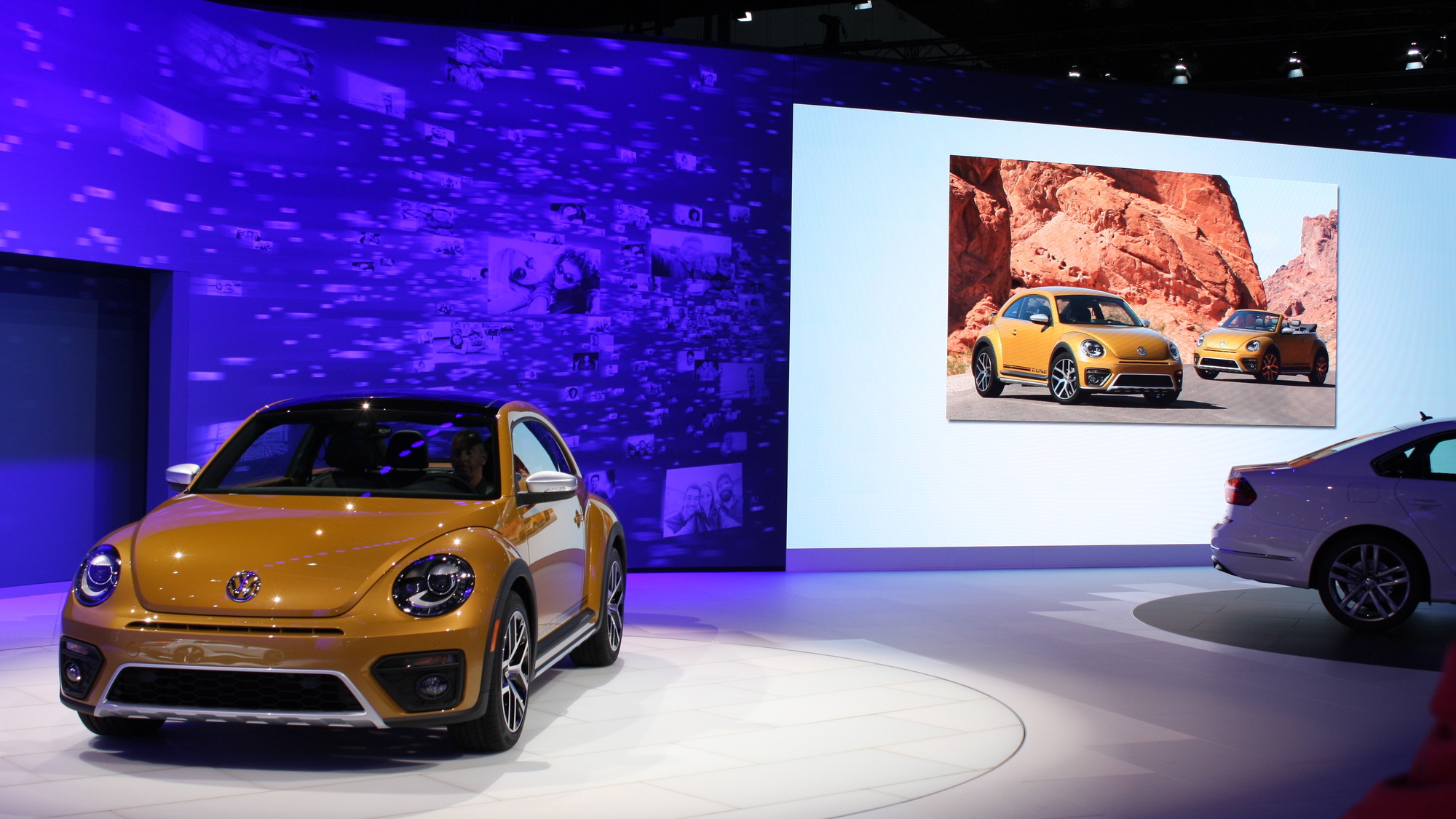 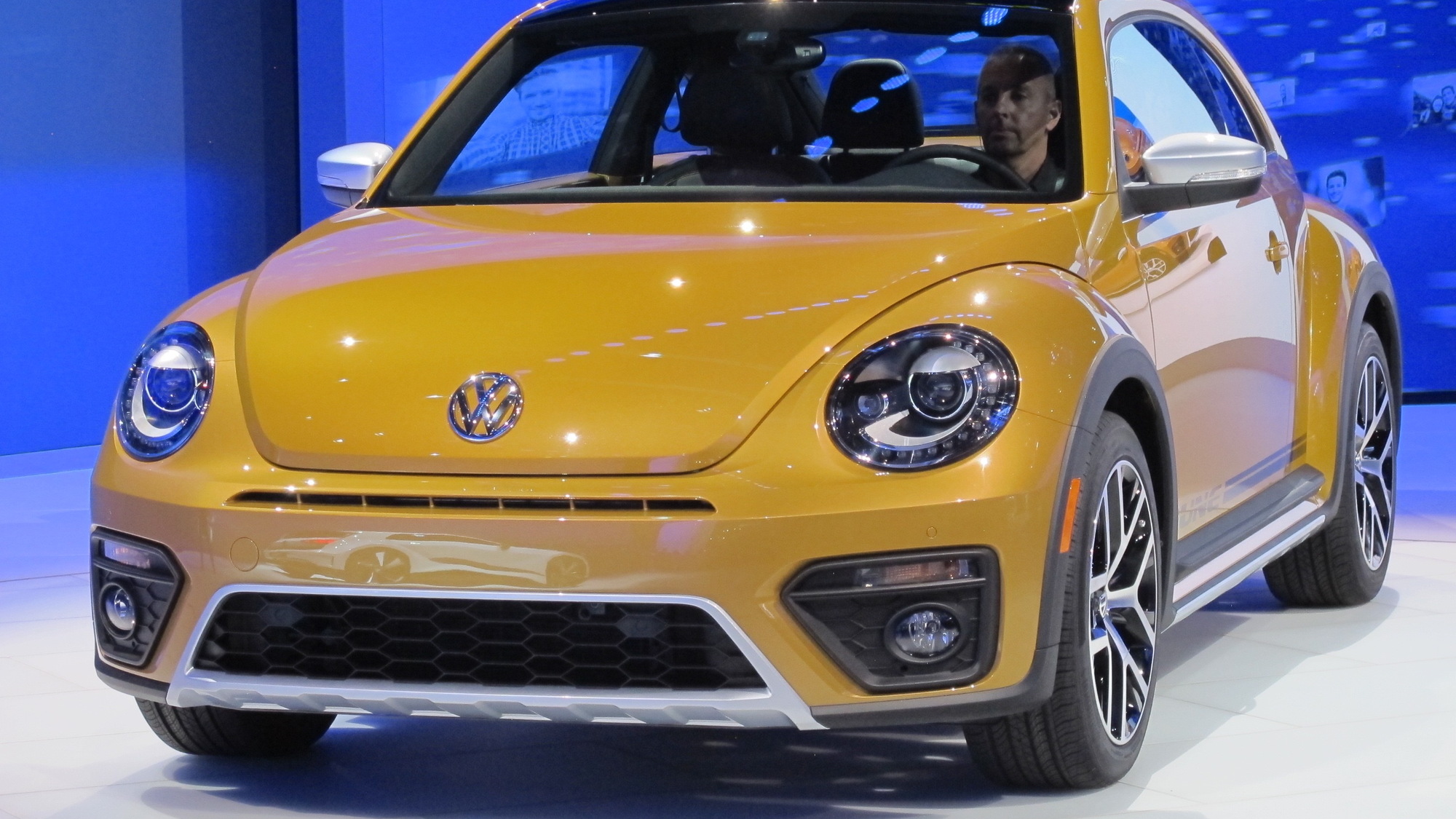 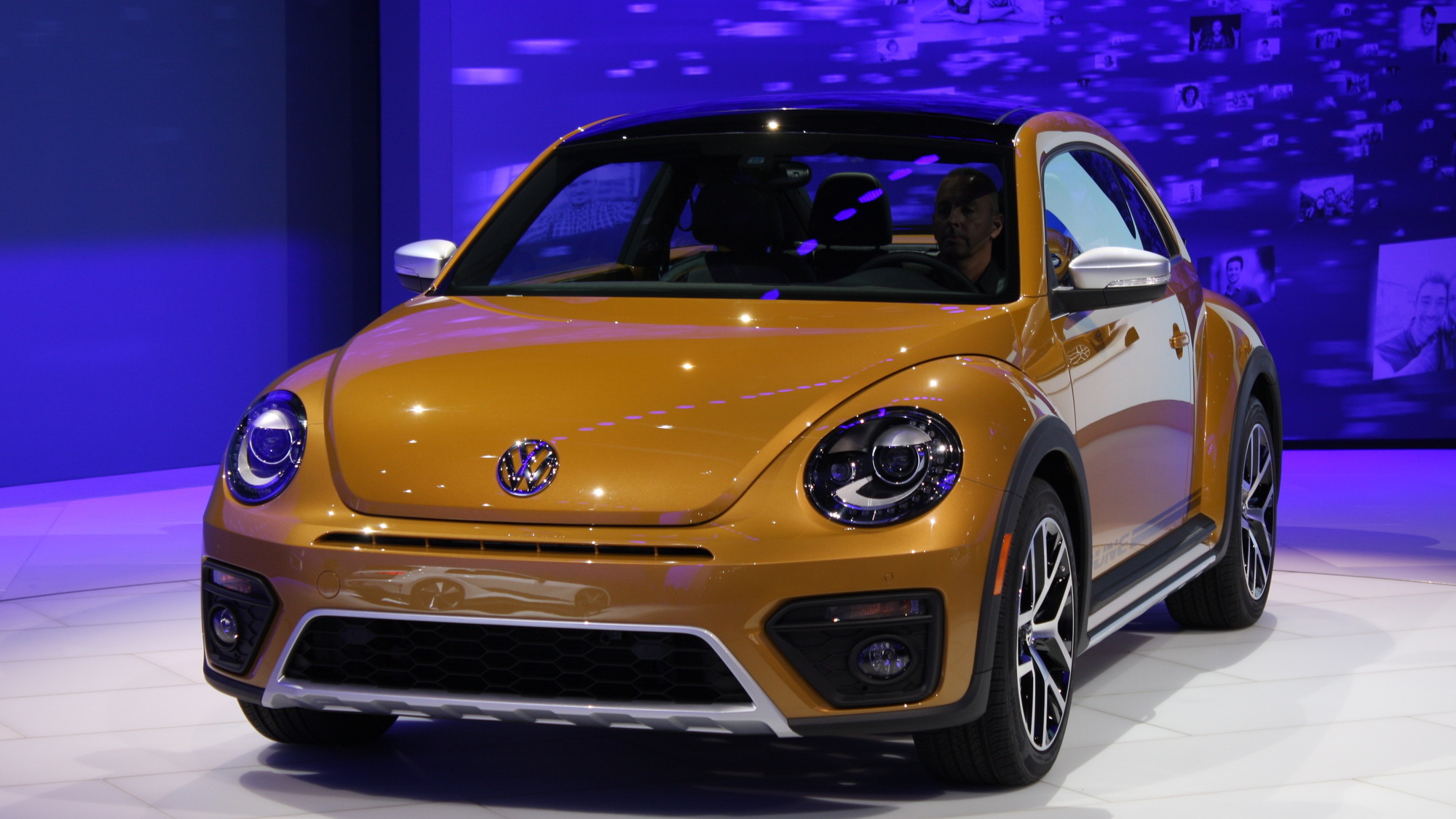 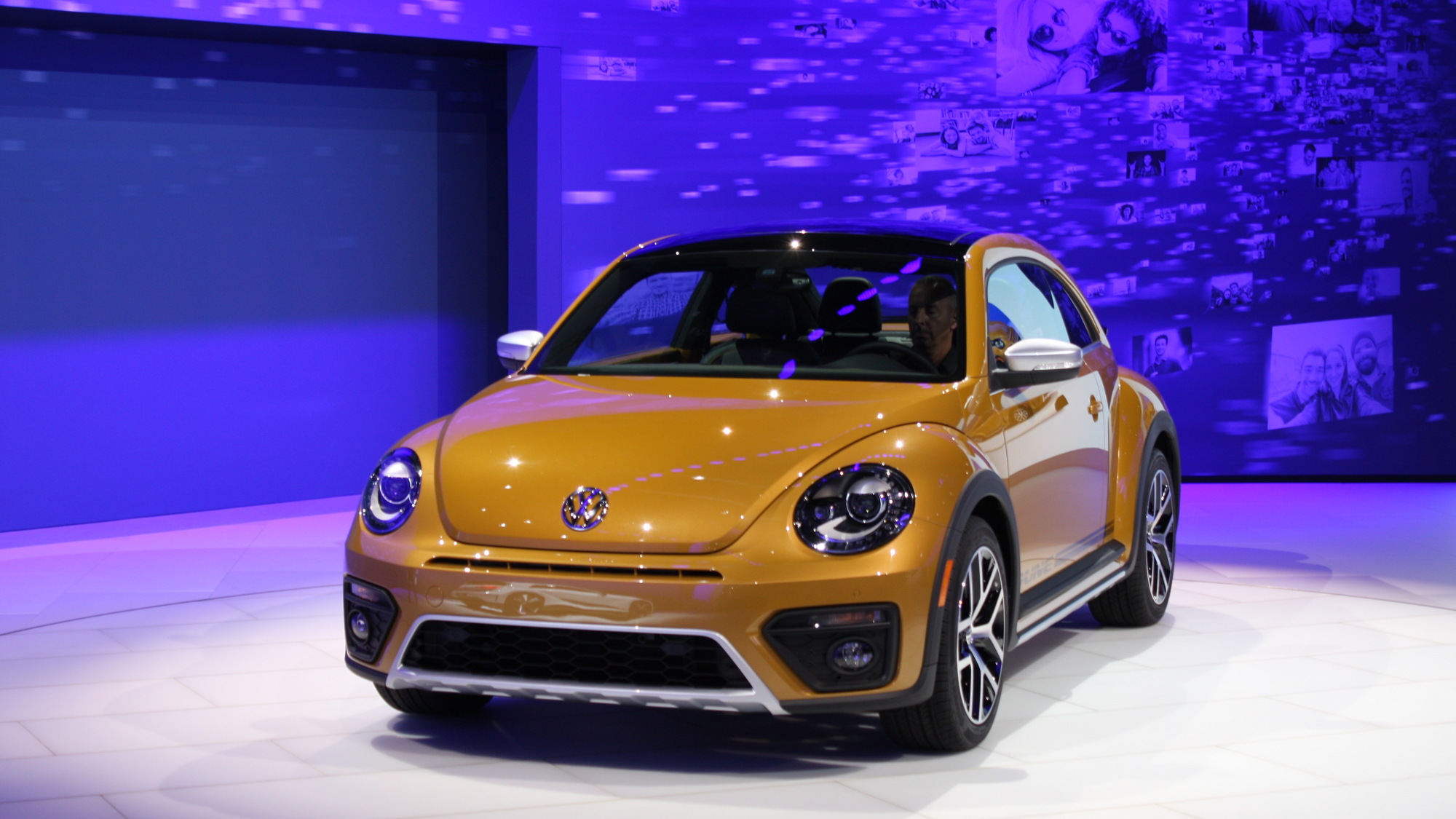 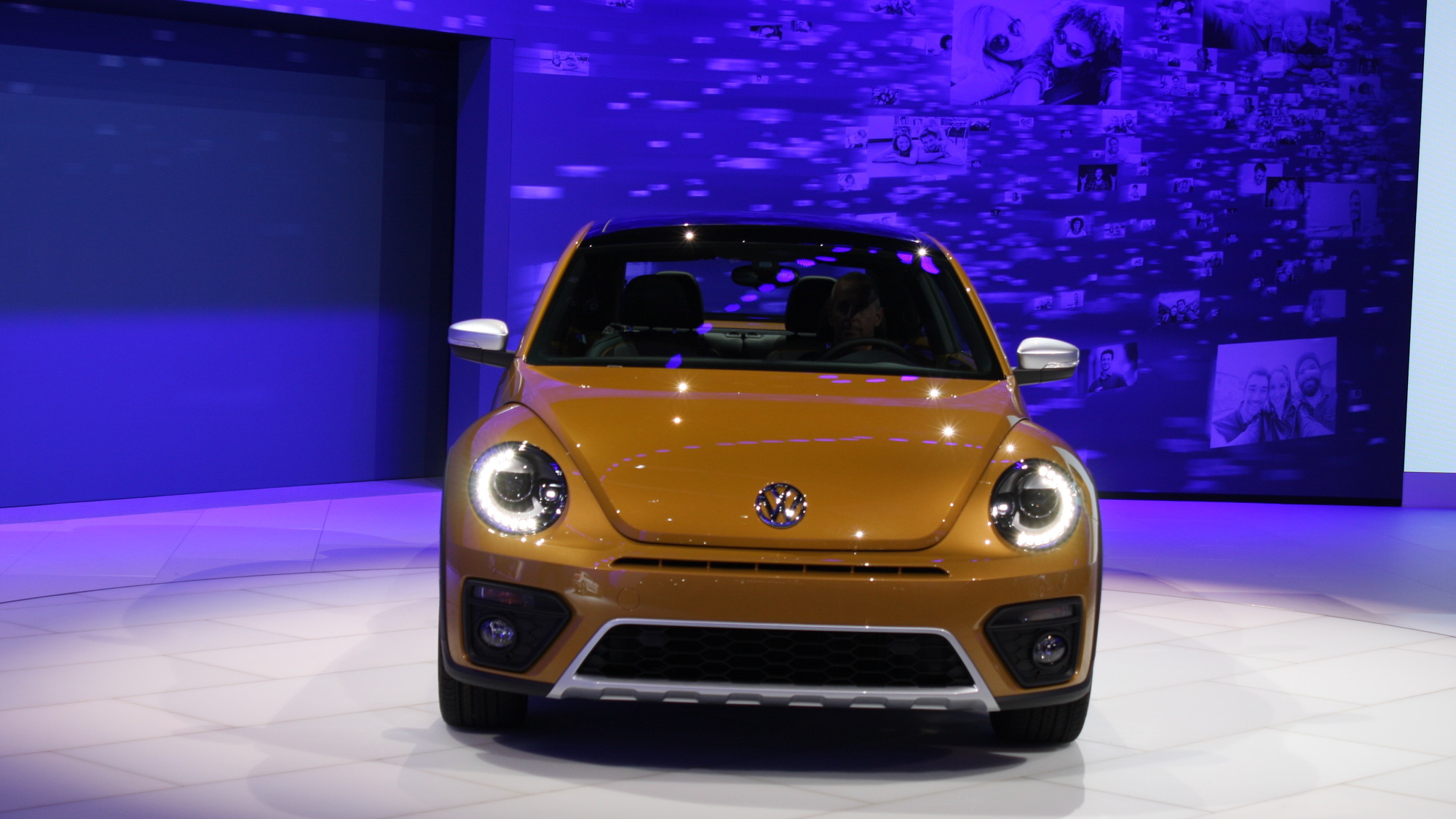 Volkswagen used this week’s 2015 Los Angeles Auto Show to introduce a pair of Beetle special editions based on recent concept cars. The special editions are the Beetle Dune and Beetle Denim, and they’re due to go on sale next year.

The more interesting of the two is the Beetle Dune. It was inspired by classic Baja Bug off-roaders and sports a more aggressive look thanks to the fitment of new bumpers and pronounced wheel arch extensions in black.

Additionally, the ride height was raised by 0.4 of an inch and the track width increased by 0.6 of an in. To fill the enlarged wheel wells, the designers added chunky 18-in wheels shod with 235/45 all-season tires.

The Beetle Denim, as its name suggests, is more for the fashion set.  Paying homage to the Jeans Bug of the 1970s, the vehicle gets a unique blue finish for the dash and jeans-inspired seat pockets with small Beetle tabs in red. The rest of the seats are lined in fabric with a distinct denim hue.

Both Beetle special editions are being introduced for the 2016 model year. As with all 2016 Beetles, they get VW’s latest infotainment system, dubbed MIB II, which includes a 5.0-inch, high-resolution touchscreen display and a host of connectivity features including AUX-in, SD card slots, and a USB multimedia interface designed for Apple products. A backup camera is also featured.

The standard powertrain on these Beetle special editions is VW’s turbocharged 1.8-liter four-cylinder good for 170 horsepower and 184 pound-feet of torque. The engine is mated to a six-speed automatic and drives the front wheels only.

VW also used the L.A. Auto Show to present its radical Golf GTE concept in North America for the first time. The 395-hp hybrid hatch is thought to preview technology and styling cues destined for the next-generation Golf.