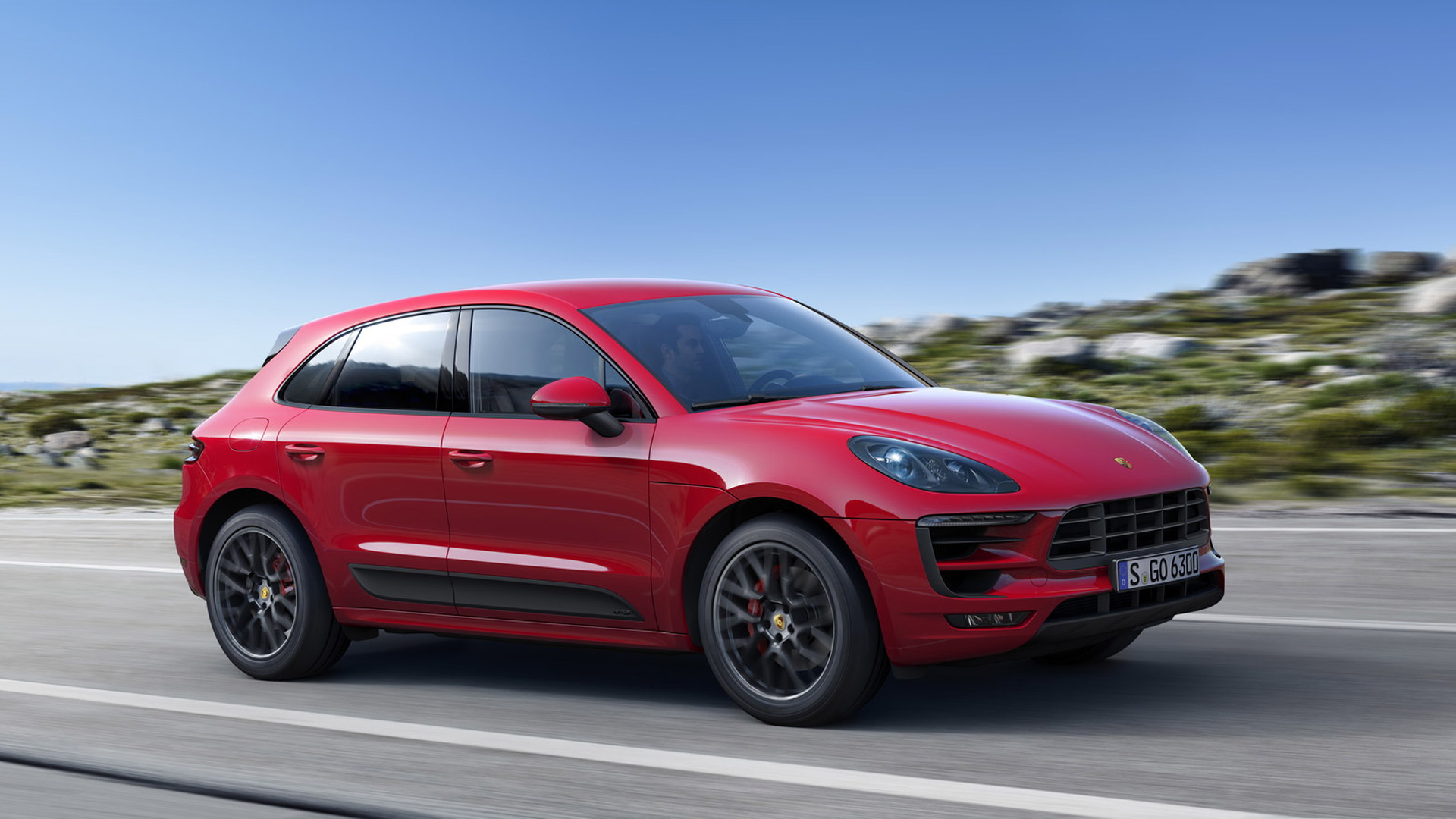 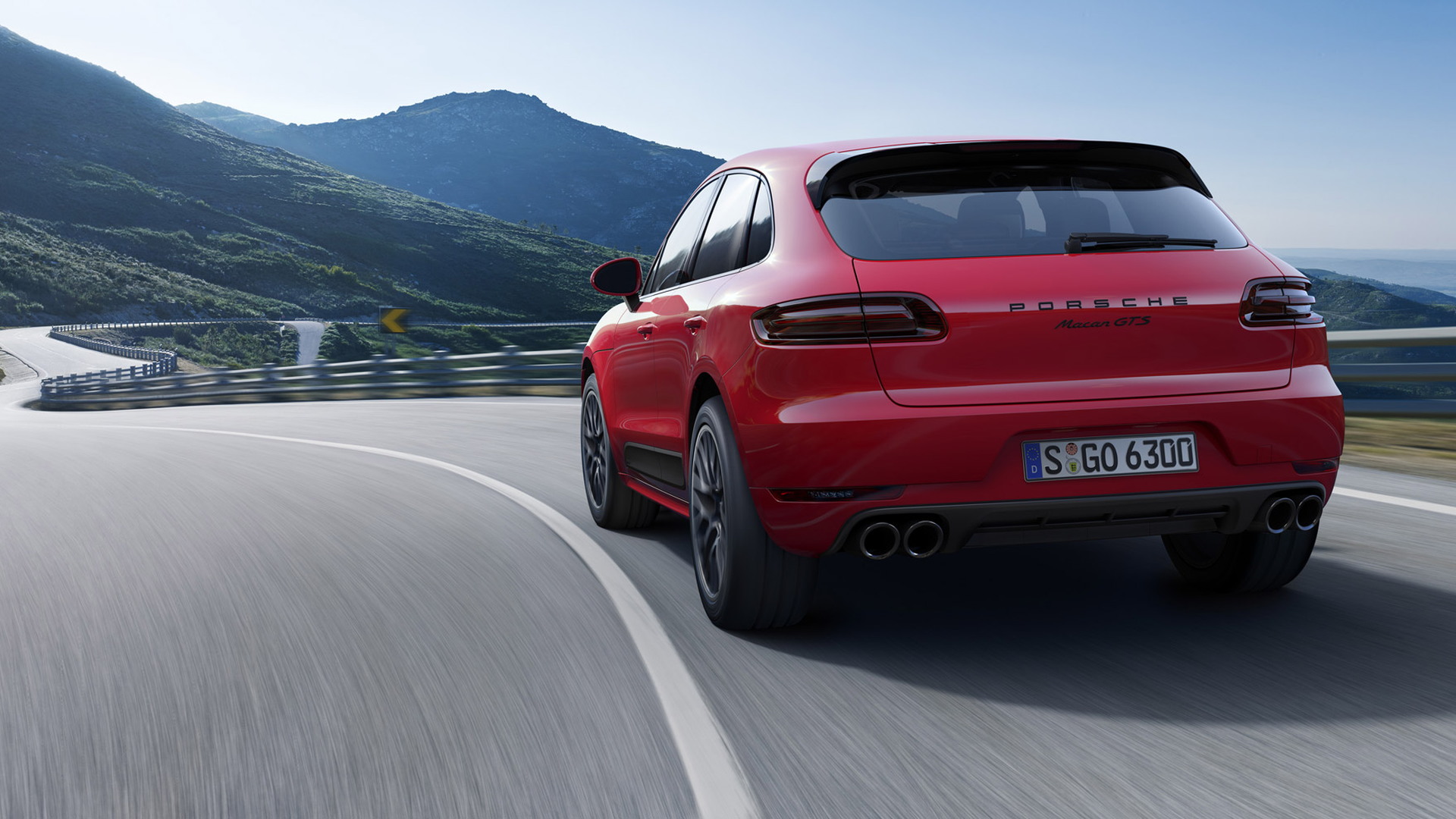 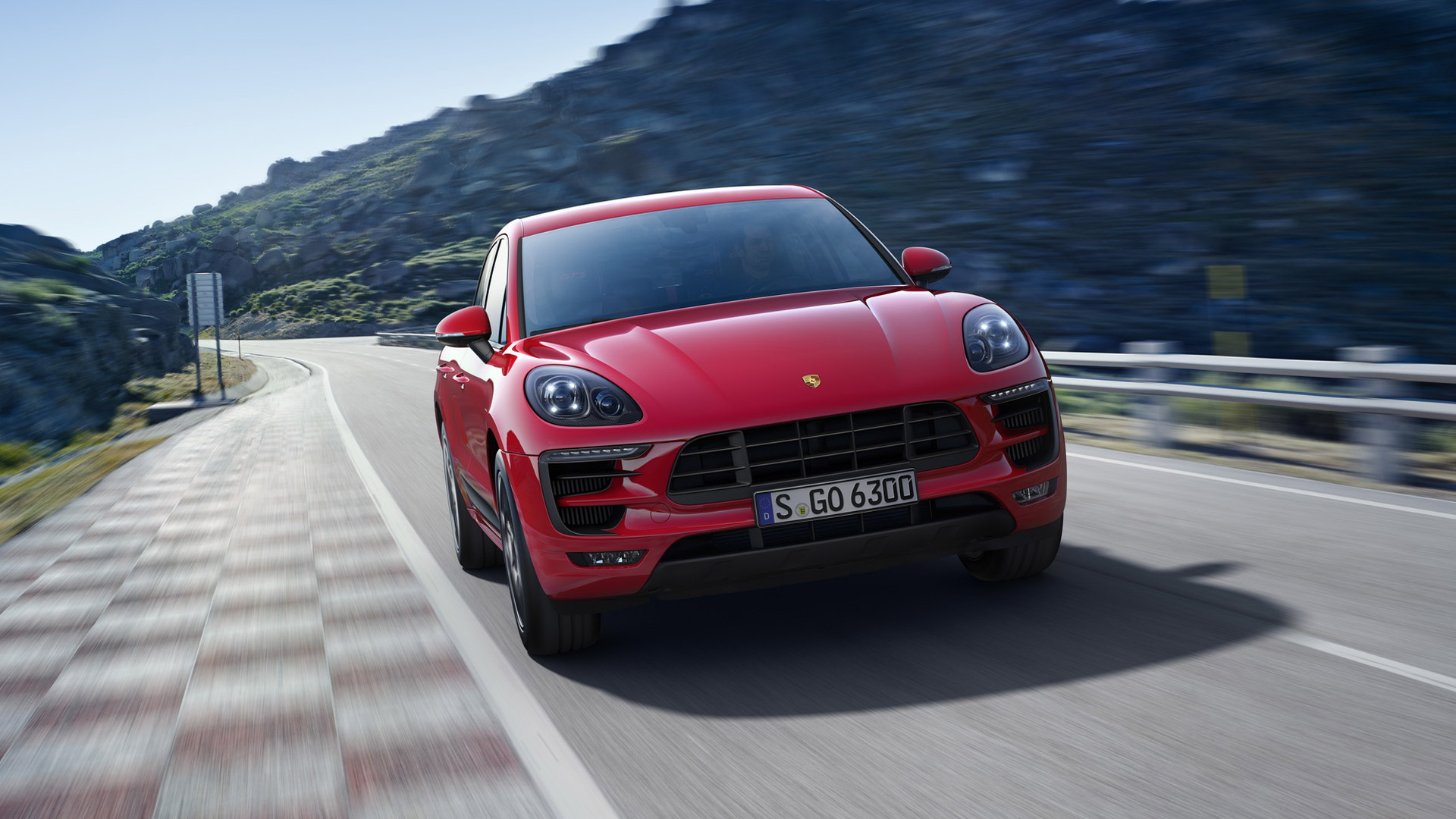 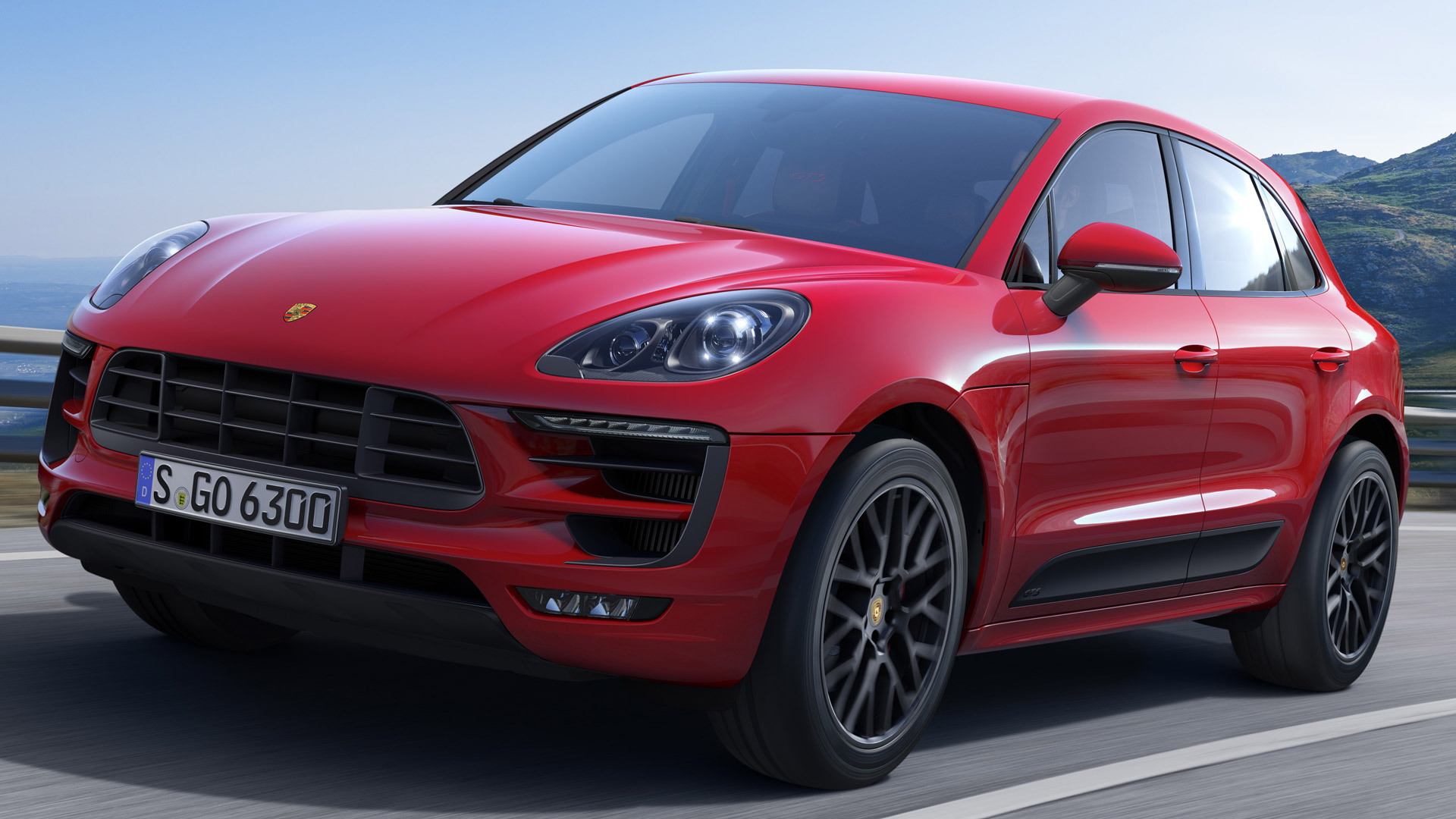 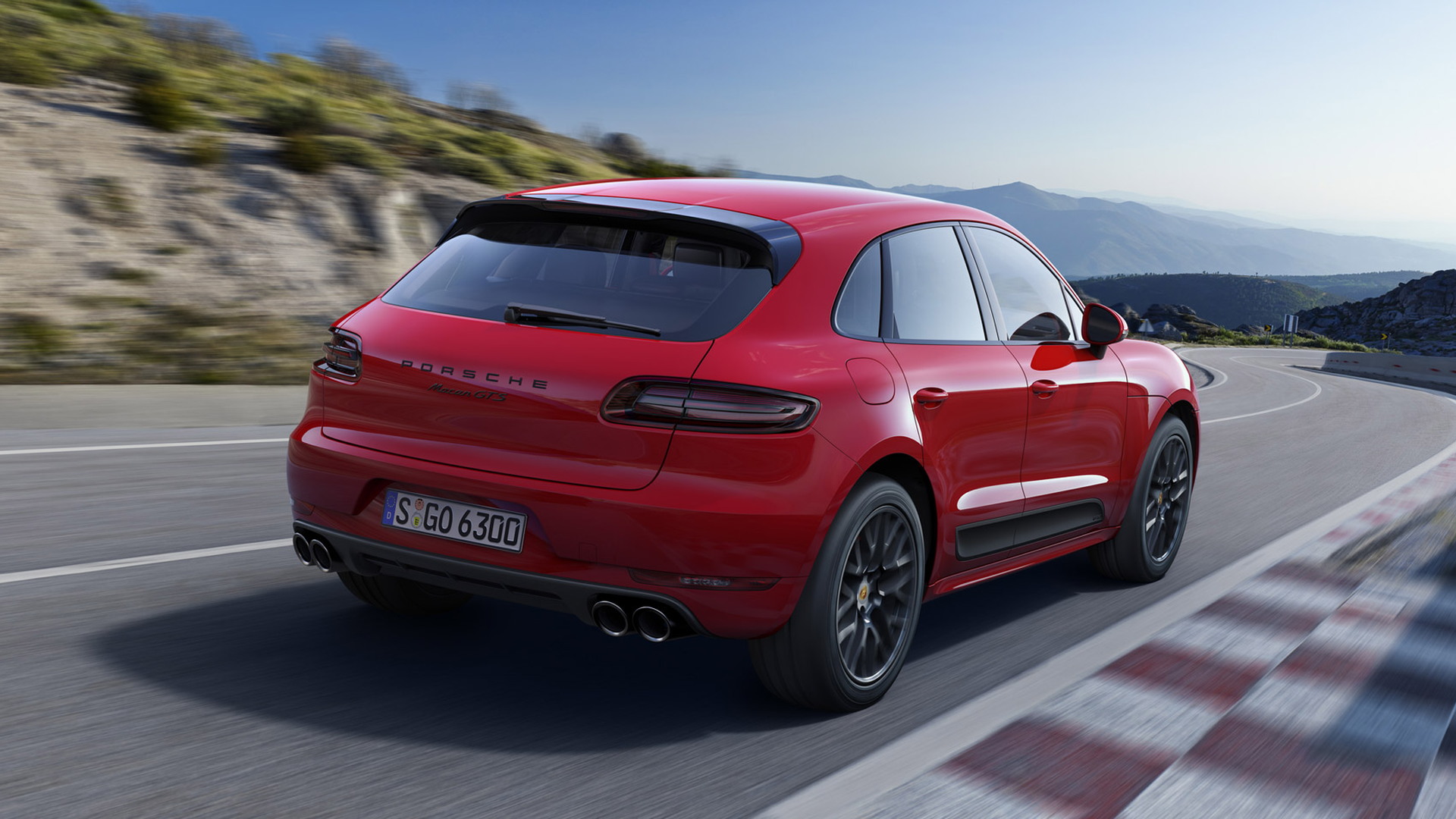 Porsche is expanding its Macan lineup for 2017 with the Goldilocks GTS, which was unveiled today at the 2015 Tokyo Motor Show. Porsche’s GTS models are aimed at buyers seeking something sportier than the S-badged cars but aren’t quite ready to hop into high-performance Turbo versions. The vehicles typically offer a slight bump in power coupled with suspension tuned more for the race track than for comfort.

The 2017 Porsche Macan GTS sports the same twin-turbocharged 3.0-liter V-6 found in the Macan S. Here, it’s tuned to deliver 360 horsepower and 369 pound-feet of torque, up from the 340 hp and 339 lb-ft the engine produces in the Macan S. The peak torque is offered over a wide band—from 1,650 up to 4,000 rpm—making the engine extremely tractable.

The rest of the drivetrain is similar to what you find in the Macan Turbo. A seven-speed dual-clutch transmission is standard and so is an all-wheel-drive system, which features Porsche's Traction Management system (PTM) that actuates an electro-hydraulic, multi-plate clutch to variably engage the front axle depending on traction needs.

The vehicle also gets Porsche Active Suspension Management (PASM), which can adjust the ride height (up to 10 millimeters) and damper stiffness depending on conditions. In addition to this, there's unique calibration of the electronic stability control for sportier driving. Finally, Porsche offers as an option its brake-based torque vectoring system. The standard brakes consist of 14.2-inch discs with six-piston calipers in the front and 13-in discs with single-piston calipers at the rear.

When equipped with an available Sport Chrono Package, the Macan GTS will sprint to 60 mph from rest in just 4.8 seconds and hit a top speed of 159 mph.

You’ll easily spot the Macan GTS by its bright red brake calipers, numerous black exterior accents, and 20-inch wheels in Porsche’s RS Spyder design. LED headlights are available as an option. On the inside, the Macan GTS features a standard leather package and sport seats with Alcantara accents plus GTS logos on the headrests. An optional GTS interior package, featuring a Carmine Red tachometer and contrast stitching, seat belts, and embroidered GTS logos on the headrests is also available.

Porsche is also offering its new Porsche Connect and Connect Plus systems that offer Apple CarPlay smartphone integration and an LTE WiFi hotspot.

The 2017 Porsche Macan GTS goes on sale next March, priced from $68,195 when you include Porsche’s standard $995 destination charge. Joining it on Porsche's stand at the Tokyo Motor Show was the 2017 Carrera 4 and Targa 4. To see what else is at the show, head to our dedicated hub.