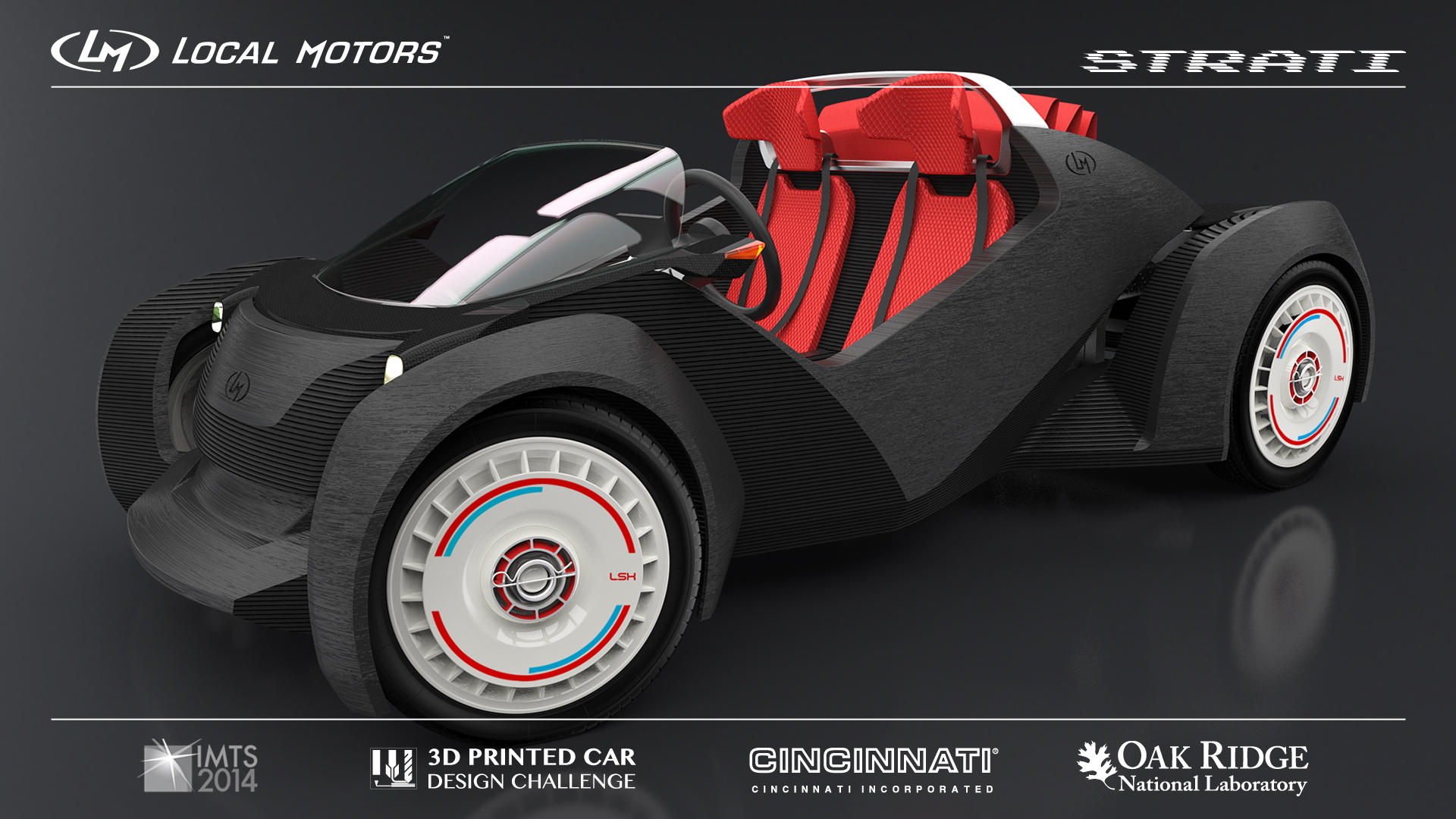 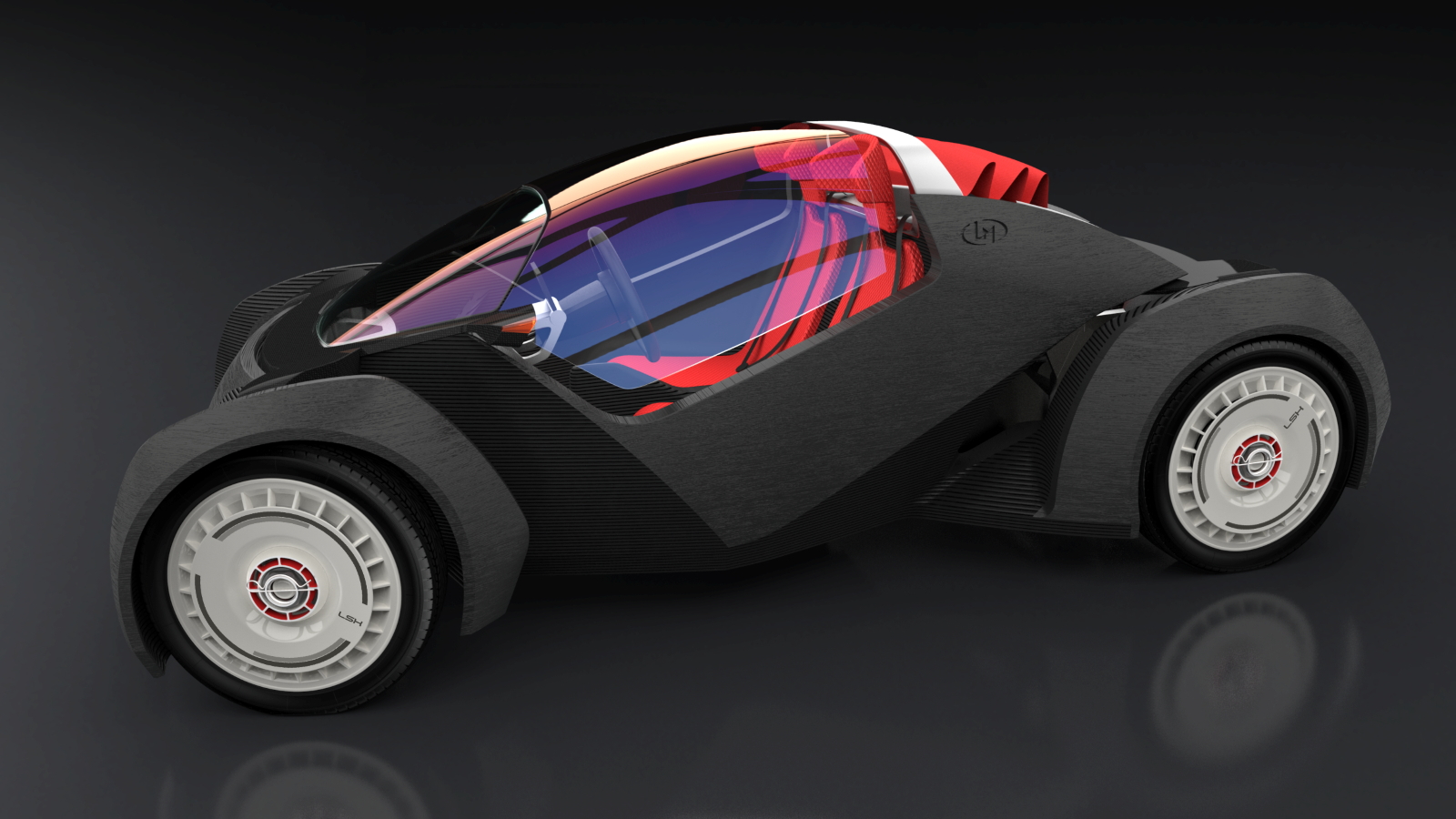 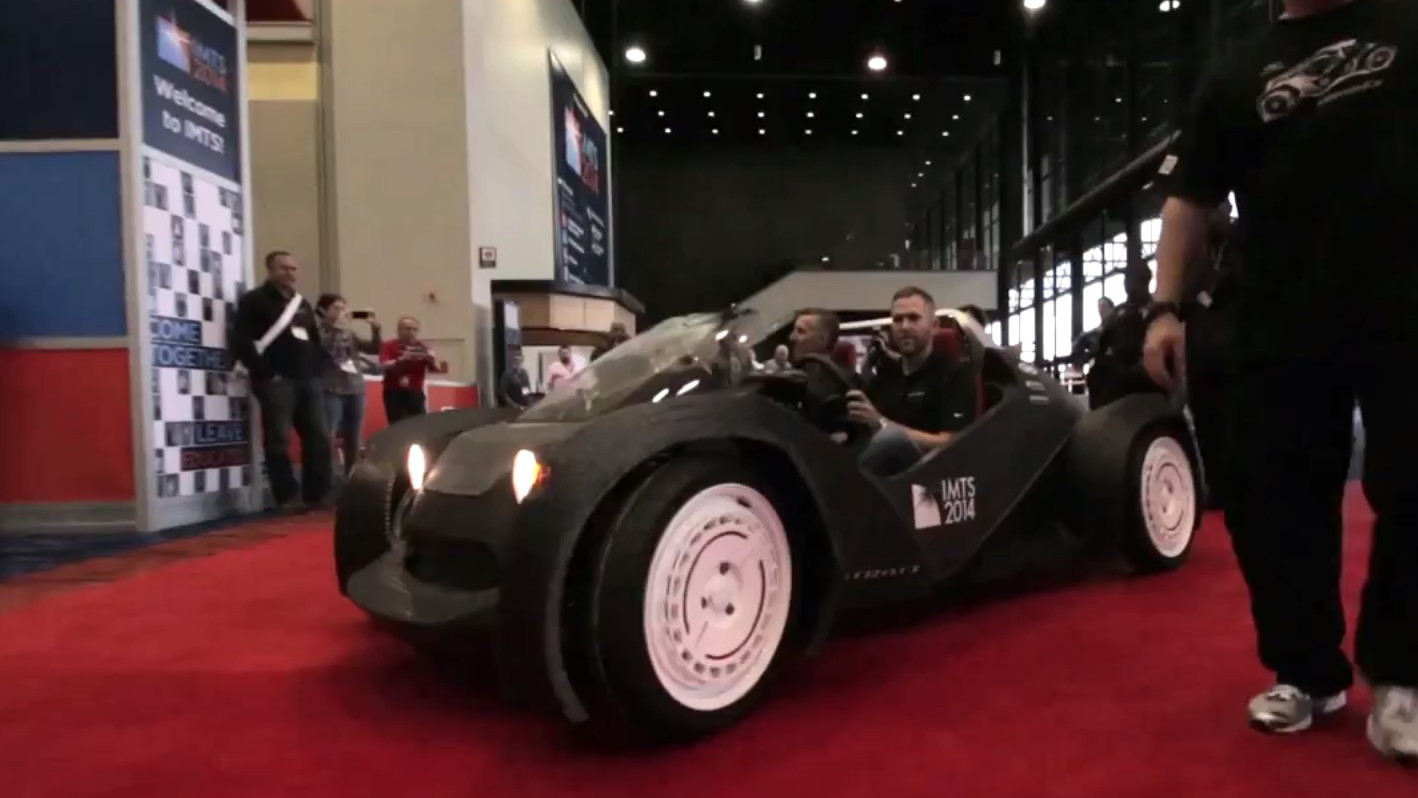 And now, Automotive News (subscription required) is reporting that the company says it will have a version of the winning design, dubbed the Strati, available to consumers in 2017.

According to the Local Motors website, its electric running gear—along with its suspension and electronics—will come from Renault's golf-cart-like Twizy. But major components like the chassis and body panels with be printed from carbon fiber composite ABS.

Details about the cars performance and features are slim, but chief strategy officer Justin Fishkin recently stated that Local Motors expects the Strati to retail for between $18,000 to $30,000, depending on options. The nature of the 3D printing process makes it inherently malleable, and gives customers the ability to choose between body styles as disparate as a sports car or an off-roader, which explains the sizable price gap.

Once the major structural components have been printed, Fishkin says the assembly will be able to be finished in just 90 minutes.

Safety certification is currently underway, and while making the vehicles safe strikes as obtainable, we have to wonder if the construction techniques might mean moderate impacts—which might be repairable on other cars—might effectively make the Strati's structure a one-and-done proposition, like a motorcycle helmet.

Whether the company best known for its menacing off-road Rally Fighter will make a greater impact as a maker of innovative green cars remains to be seen. But we'll be watching. Stay tuned.