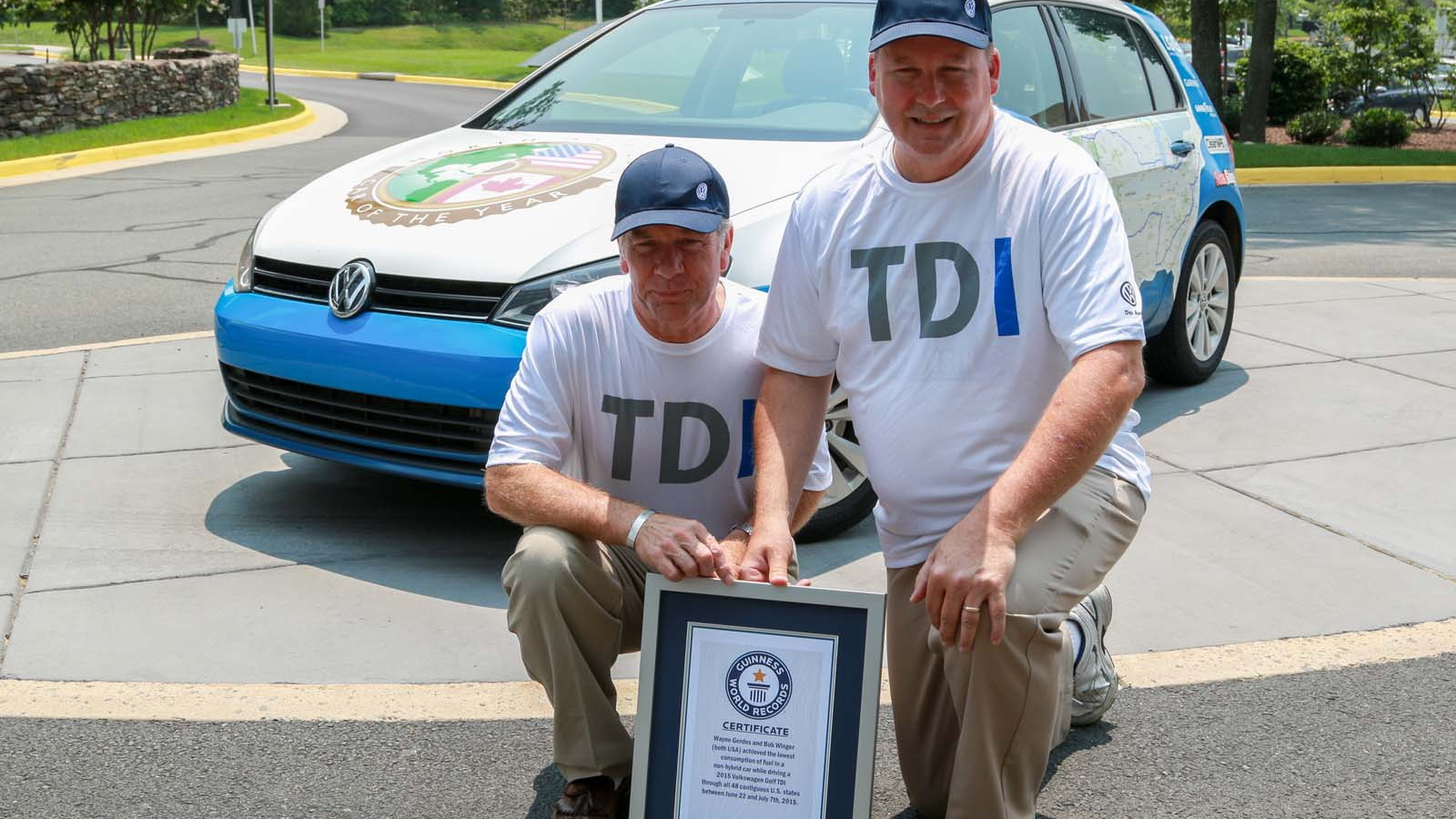 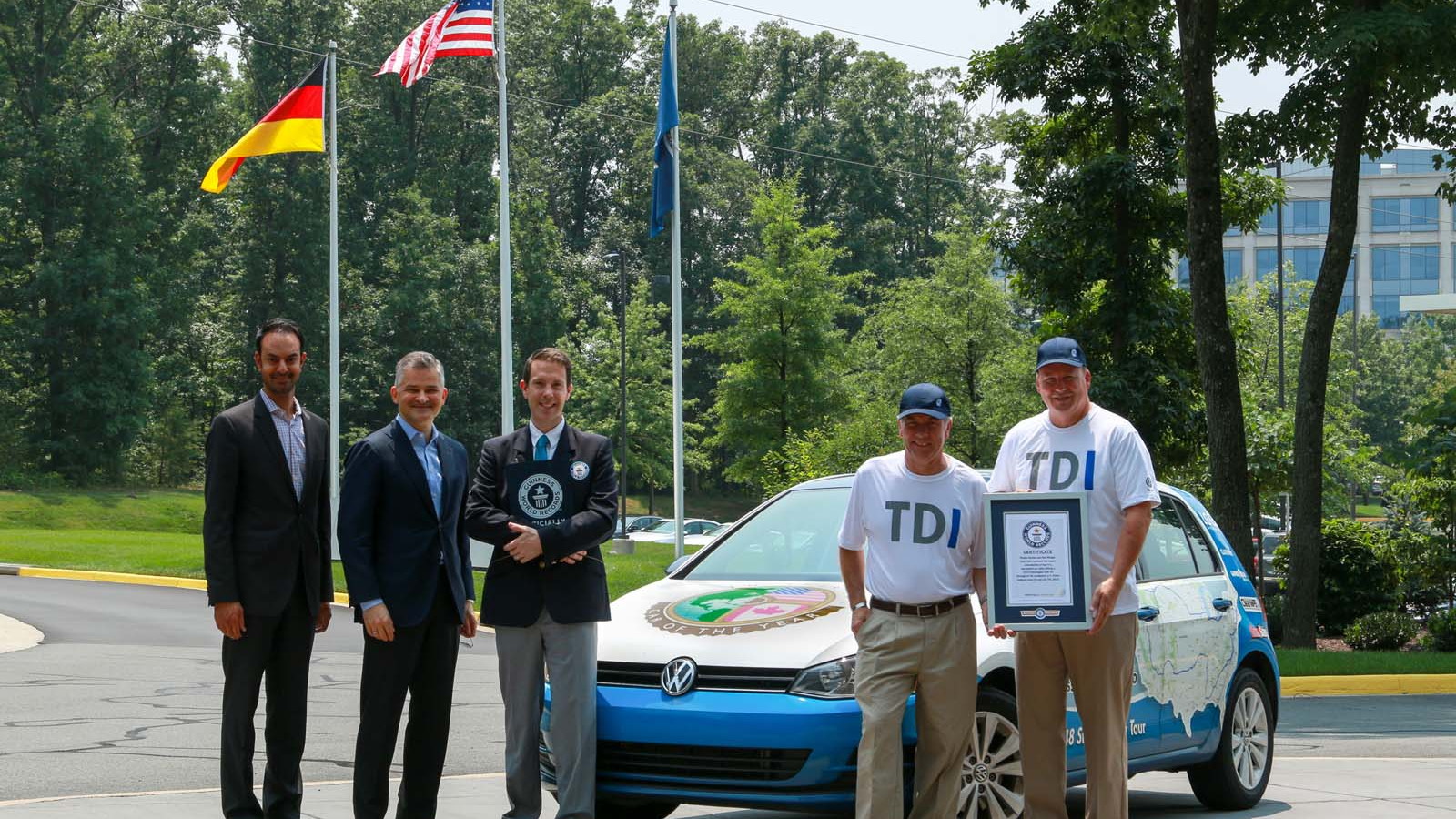 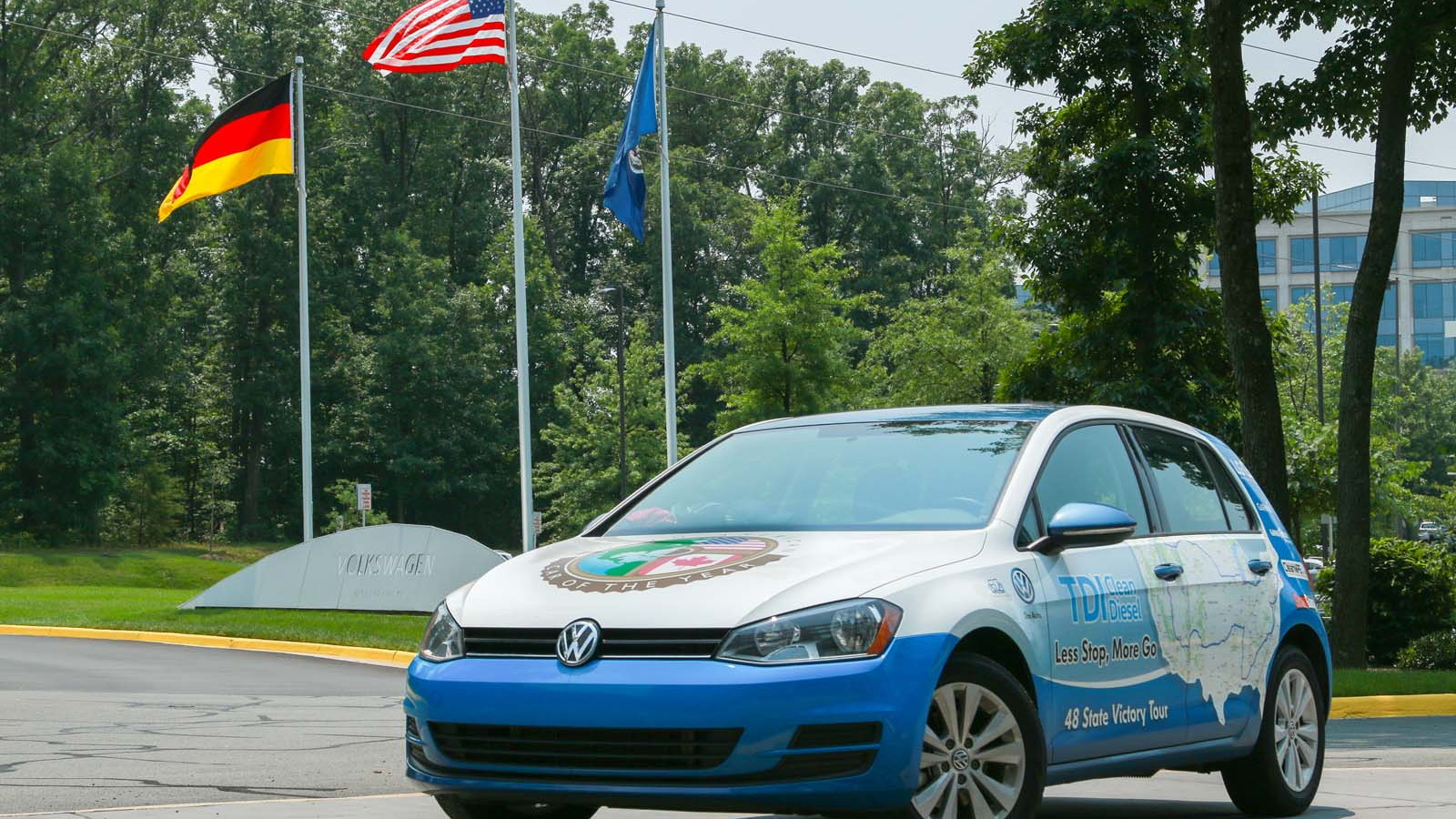 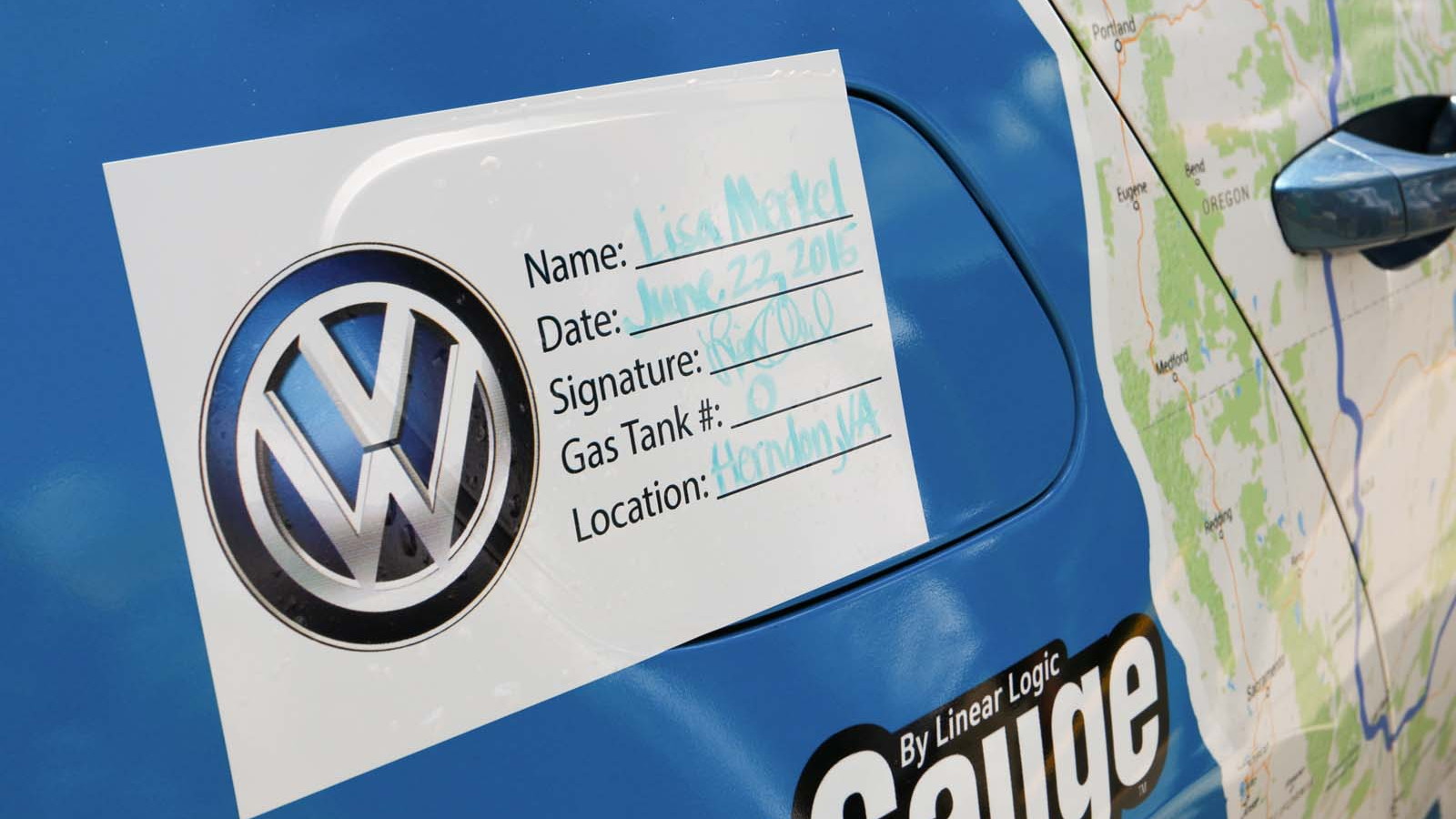 Over the course of 16 days last month, auto journalist Wayne Gerdes and co-driver Bob Winger drove a 2015 Volkswagen Golf TDI to all 48 of the states in the U.S. mainland. Along the way, the pair traveled 8,233.3 miles, and averaged an amazing 81.17 mpg.

The performance was enough to earn the Guinness World Record for "lowest fuel consumption—48 U.S. contiguous States for a non-hybrid car." The new record breaks the average Gerdes set two years ago using a 2013 Passat TDI, where he managed to squeeze 77.99 mpg out of the turbocharged, direct-injection diesel.

The feat is particularly impressive upon learning that the closest hybrid competitor only managed to achieve 74.34 mpg on the trek.

CHECK OUT: Here’s 10 Things You May Not Have Known About Pagani--From A Huayra Owner

Obviously, all of those figures are significantly higher than—the still quite impressive—45 mpg EPA estimated fuel economy that appears on the Golf TDI's window sticker. Gerdes and his co-driver are expert hypermilers, and getting such stratospheric performance out of the VW required a level of concentration akin to competing in endurance racing, for over two weeks.

In other words? Your mileage may vary. But this drive is another illustration that while we've seen crazy advances in horsepower and performance, cars have gotten greener as well as meaner.