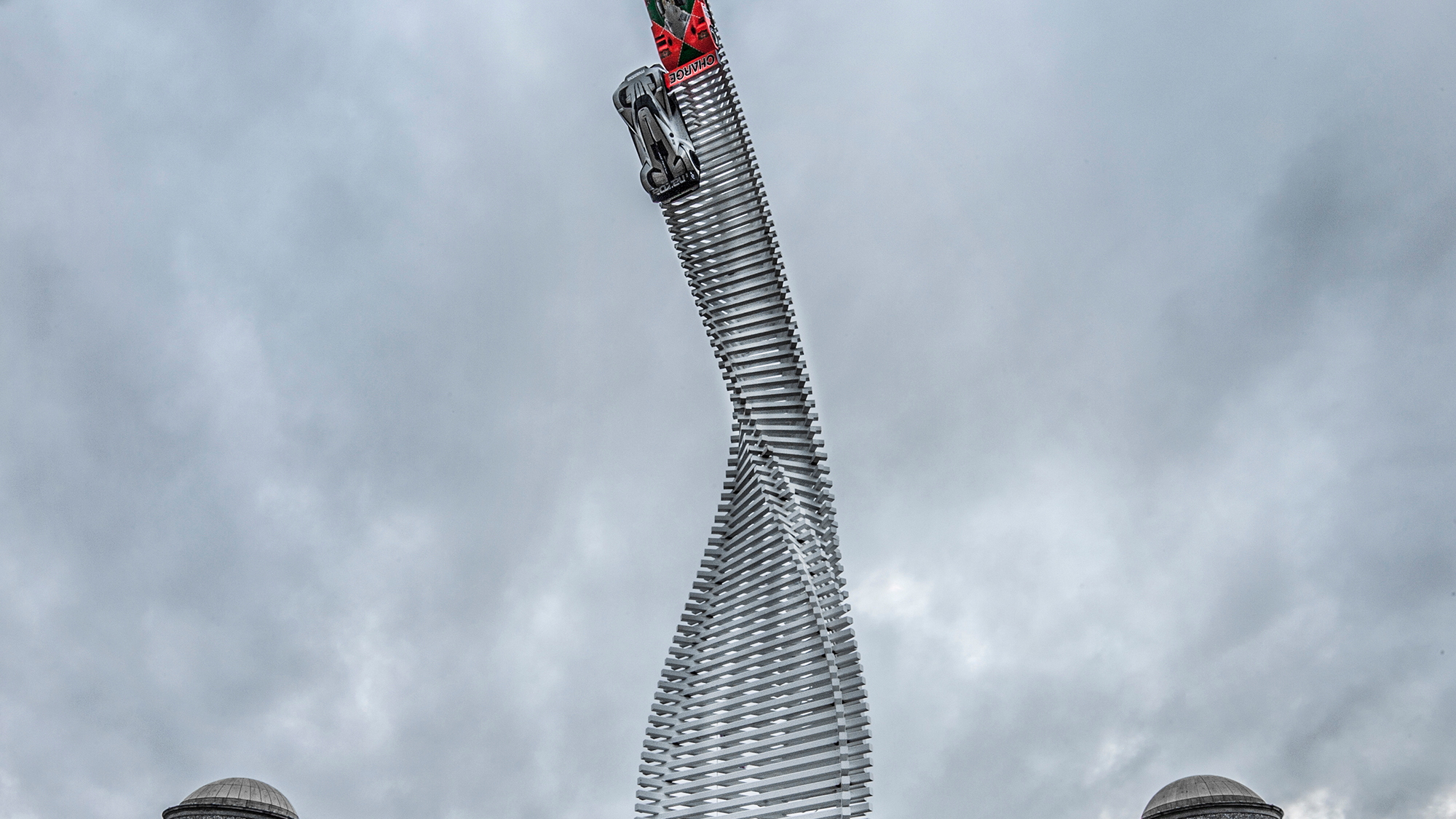 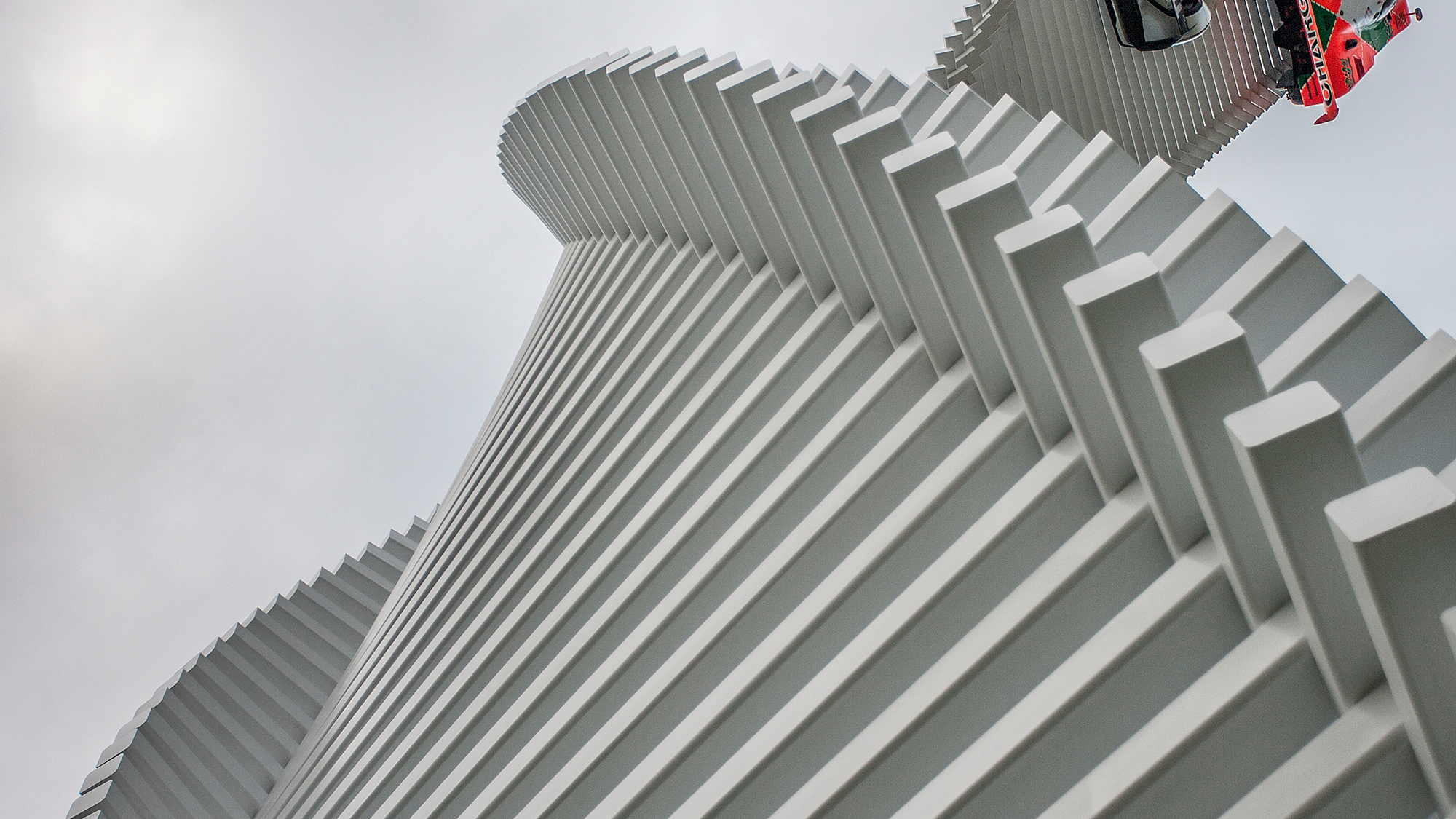 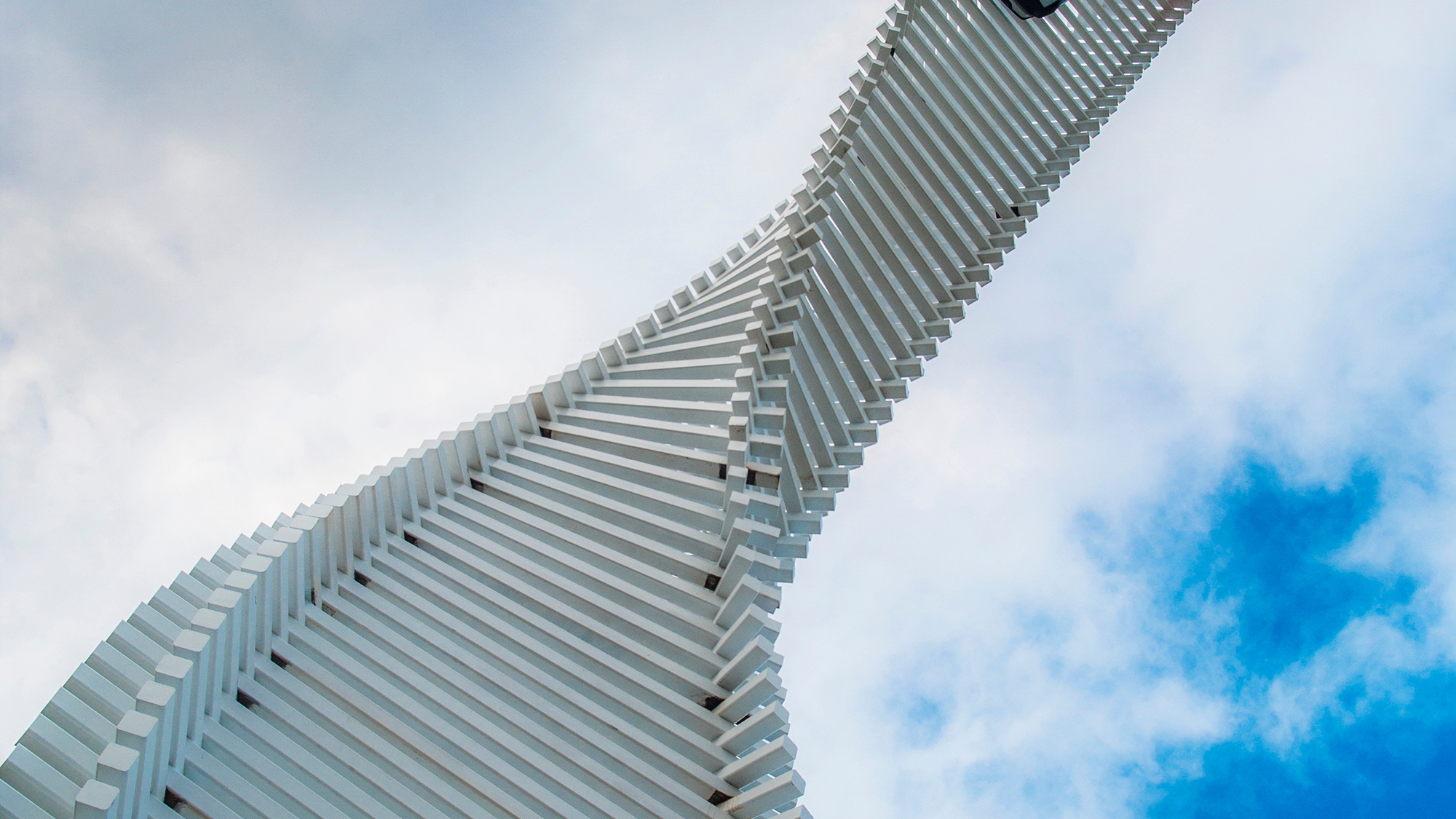 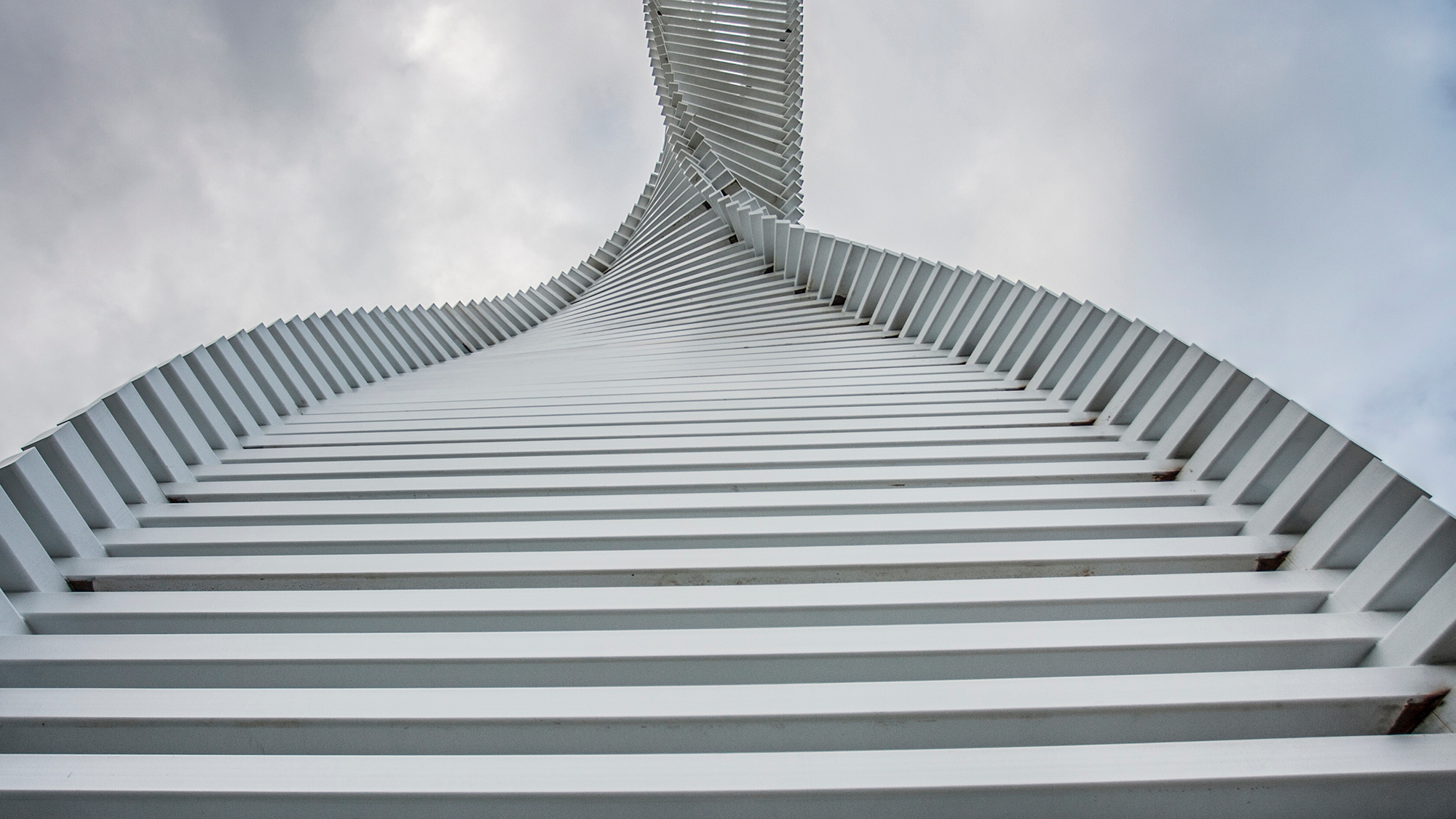 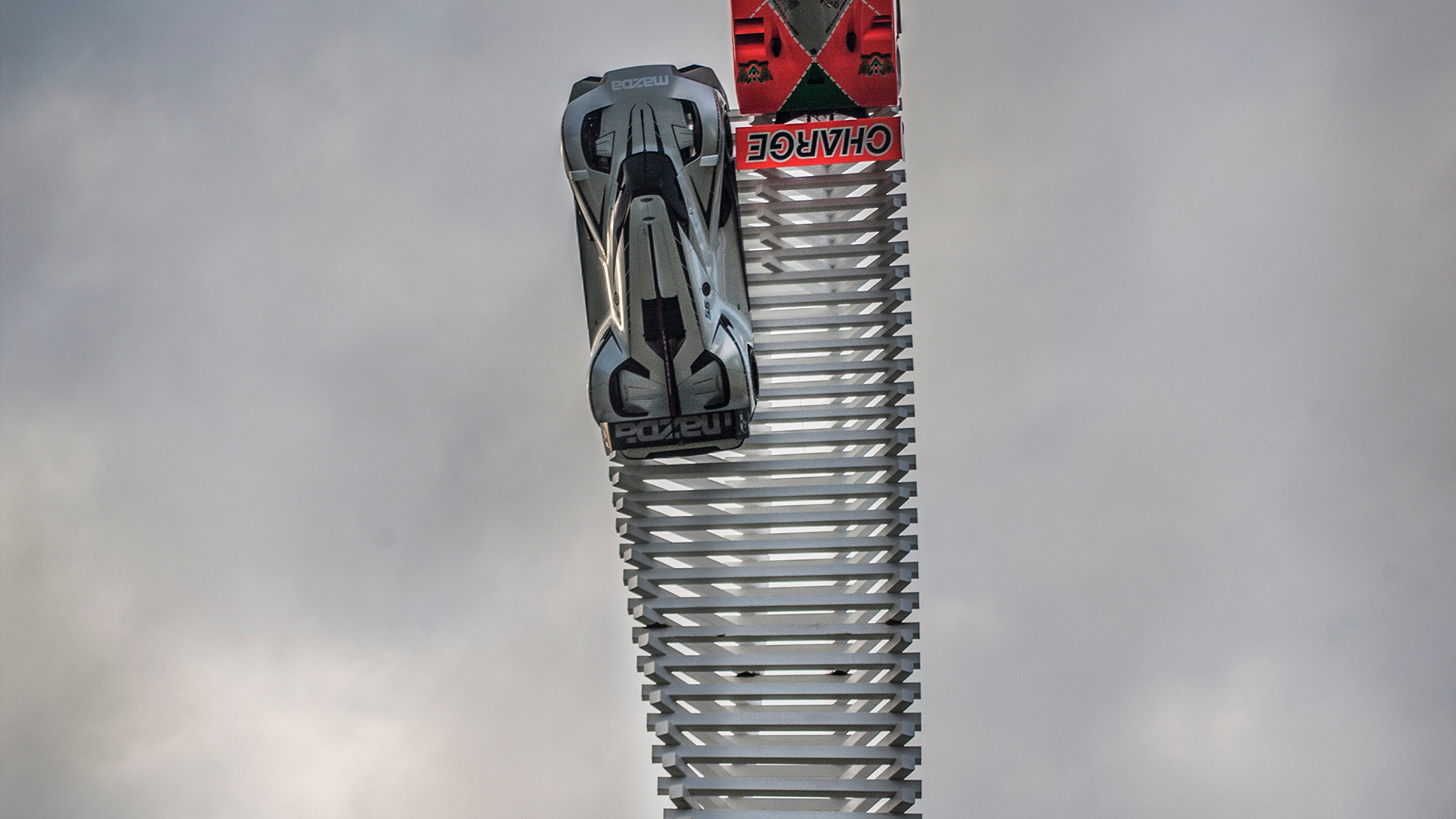 It's that lovely time of year... when a large group of motoring and speed obsessed folks trek to the very large lawn of one Lord March in the south of England. It's time for the 2015 Goodwood Festival of Speed, and this year Mazda will be sharing a large share of the spotlight. The automaker's motorsports heritage is being featured and honored this year, and it's one heck of a racing history to which homage will be paid.

The most visible example of Mazda's mark is undoubtedly the massive piece of art sitting right in front of the main house, officially titled the Central Feature. There are 418 steel beams that twist up into the sky, arching back over those viewing it from the ground below. At the top sits two machines. One is the stunning Mazda 787B, which won the 24 Hours of Le Mans in 1991. Next to the 787B is a vision of Mazda's racing future in the form of the LM55 Vision Gran Turismo. This is a concept race car that is playable in the Gran Turismo game. 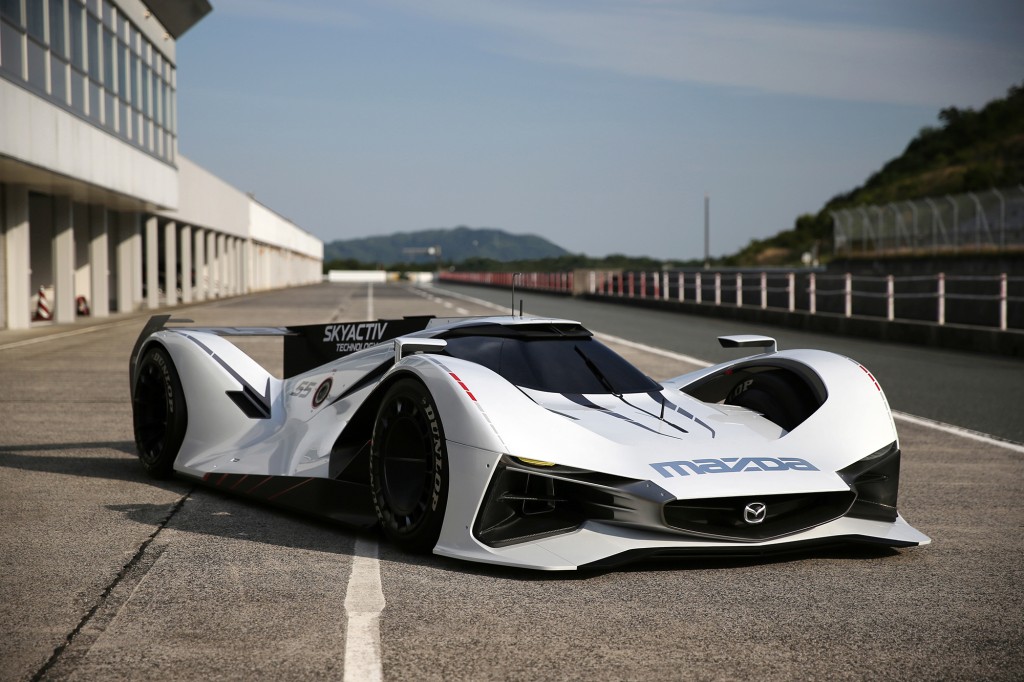 The massive sculpture utilizes 120 metric tons of steel which, if laid end to end, would stretch for 1,235 meters. Not coincidentally, that's the length of the hill climb portion of the Goodwood track. That's where you can expect to hear tremendous noise, see exceptional speed, and witness a celebration of automotive wonder. We say it every year, but you need to add the Goodwood Festival of Speed to your Bucket List.

Goodwood clearly enjoys the large sculptures as well as the speed. Last year, it was Mercedes-Benz getting the art treatment. In 2013, Goodwood celebrated 50 years of Porsche. Now it's Mazda's turn and we're already excited about whichever brand gets the nod next, because it will surely be deserving. For more from the event, head to our dedicated hub.