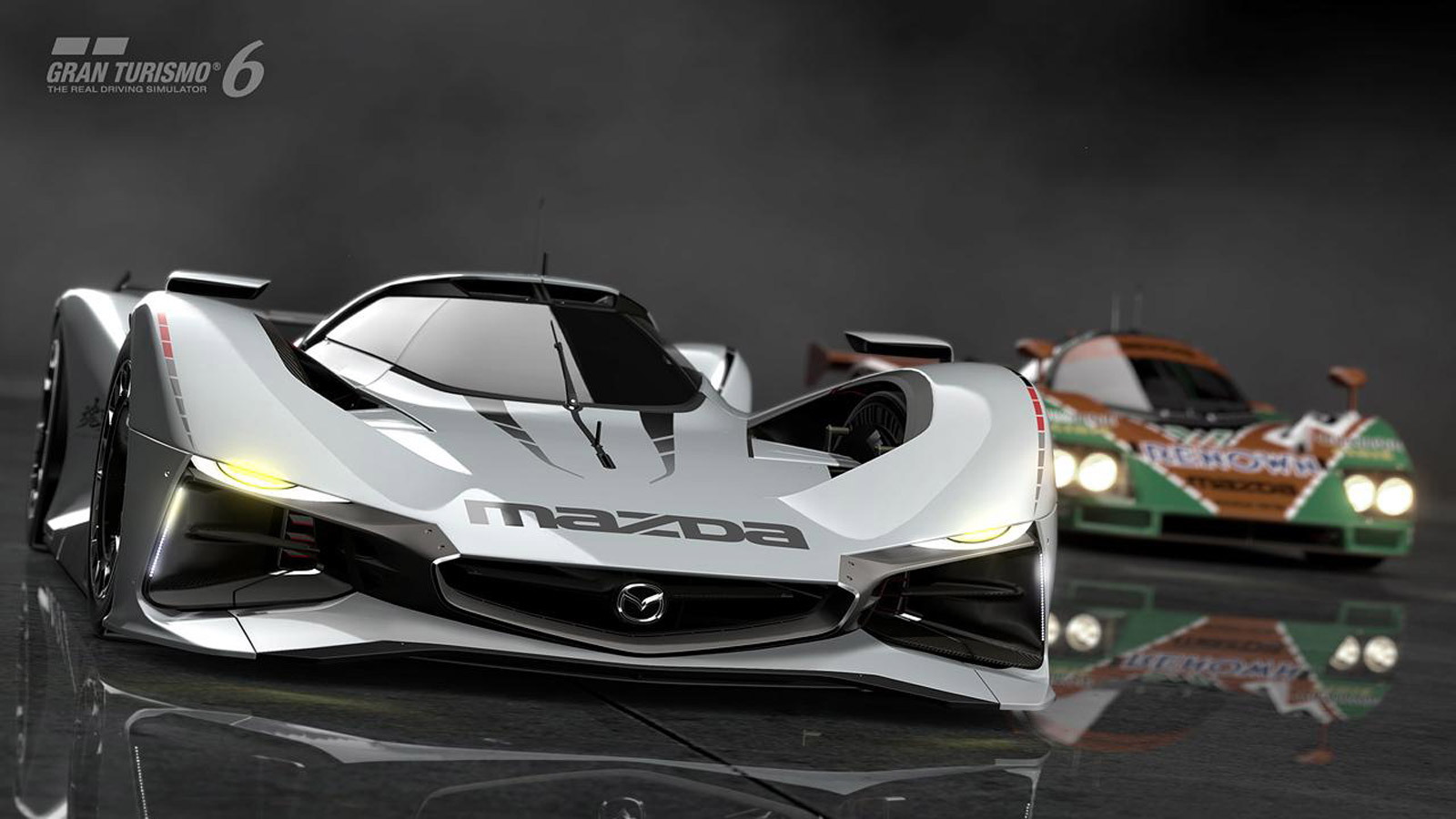 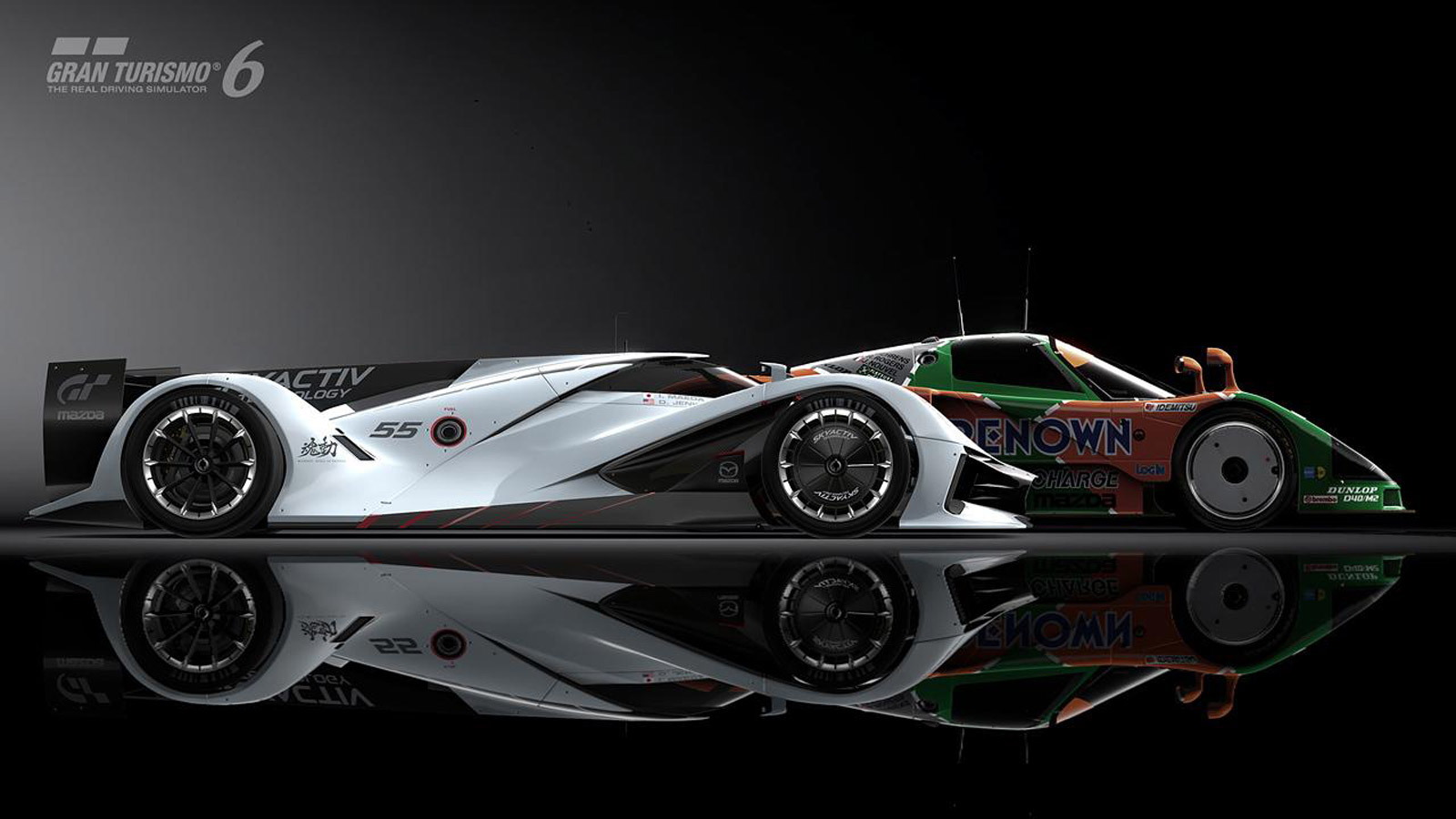 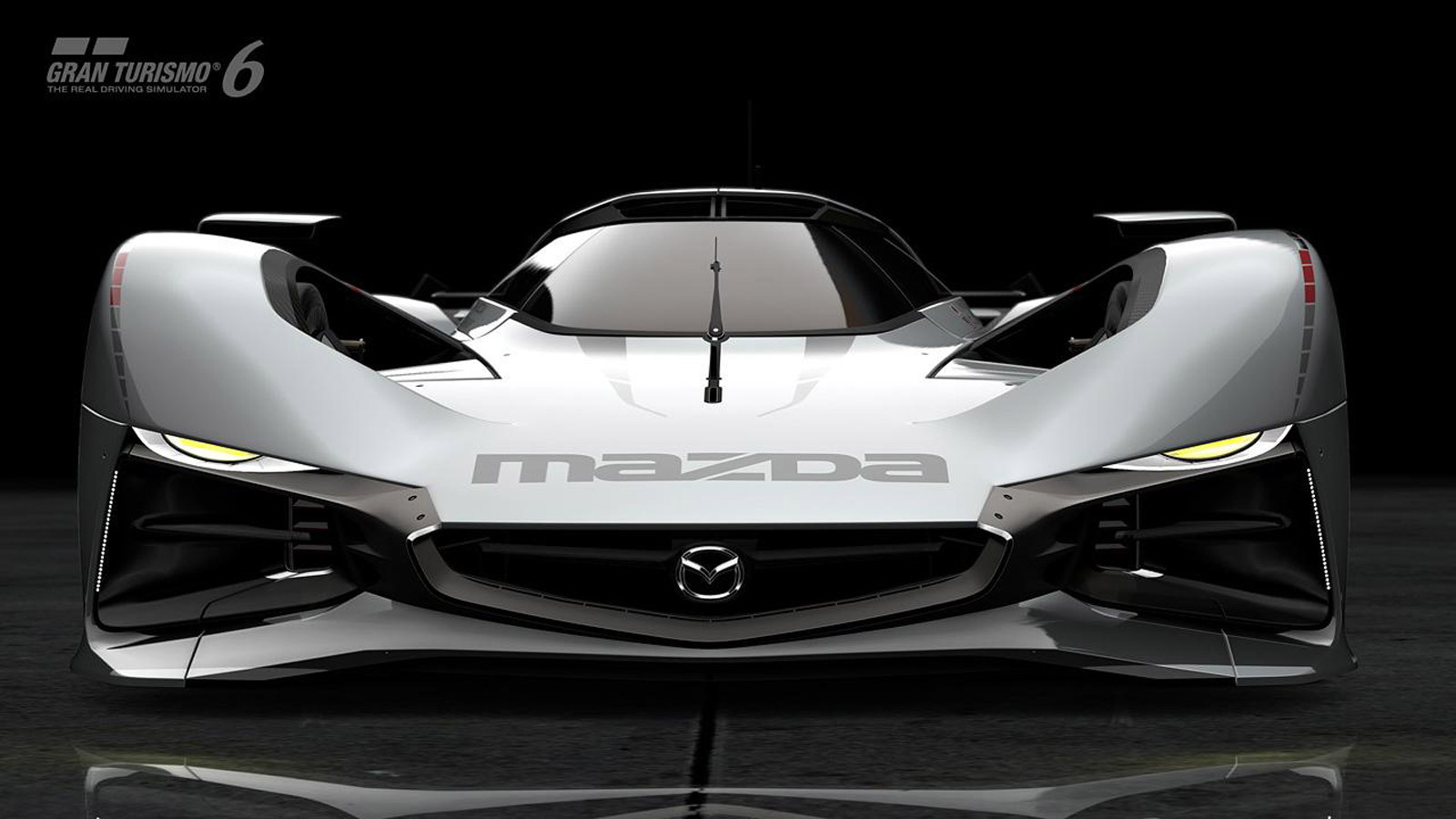 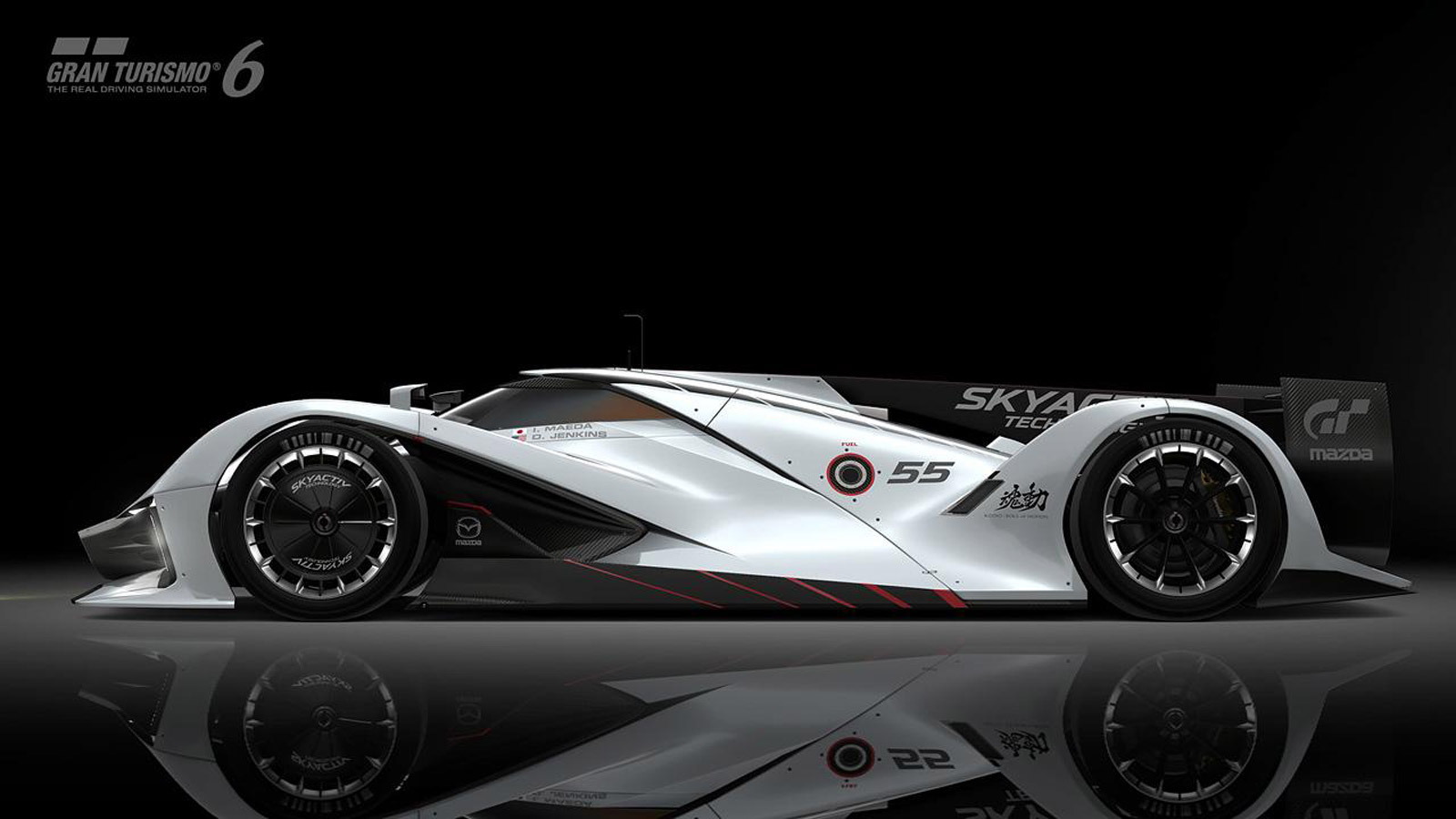 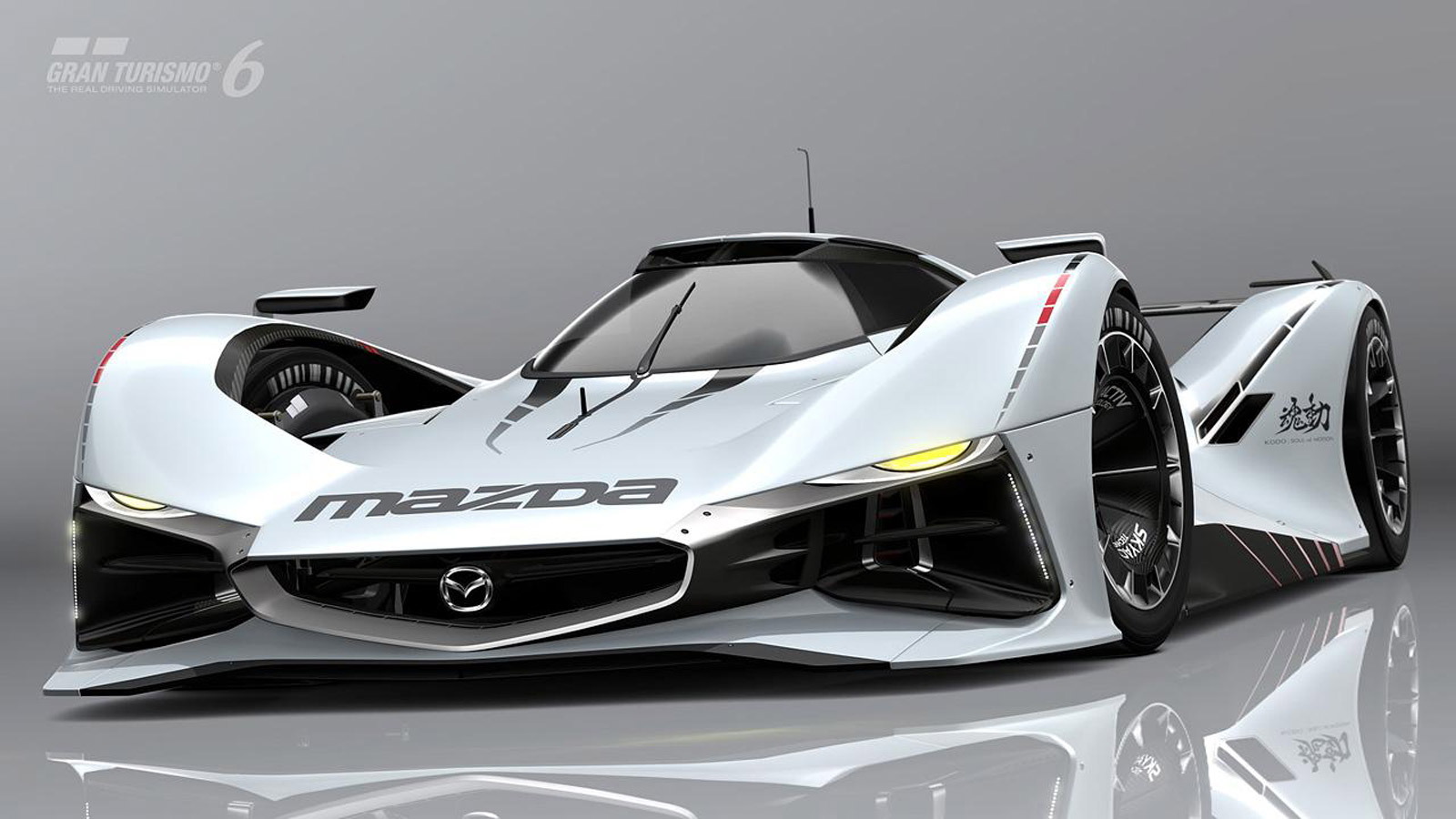 The reveal of new ‘Vision’ concept cars developed purely to celebrate the 15th anniversary of the Gran Turismo video game series is starting to get a bit old hat—after all, we’ve been seeing them periodically rolled out since November of last year—but the latest from Mazda is somewhat special. That’s because it honors one of our favorite race cars, the #55 787B that won the 1991 24 Hours of Le Mans.

DON'T MISS: 2016 Cadillac CTS-V Does A Burnout In Its First Driving Footage: Video

In honor of the original four-rotor racer of the early ‘90s, Mazda’s new concept has been dubbed the LM55. Mazda hasn’t mentioned if there’s a rotary powering the car though we do know it features some of the automaker’s SkyActiv fuel-saving technologies.

What the automaker has revealed is that the LM55 features the KODO design language for its front section. For the body, designers went with a powerful yet graceful look that is meant to be reminiscent of the 787B’s stance.

Like the rest of the Vision Gran Turismo concepts, the LM55 will be available for download as a drivable car in Gran Turismo 6 for Sony’s PlayStation 3. Fans should be able to download the car for free after the holiday season.

You can view the other Vision Gran Turismo concepts by hitting this link.