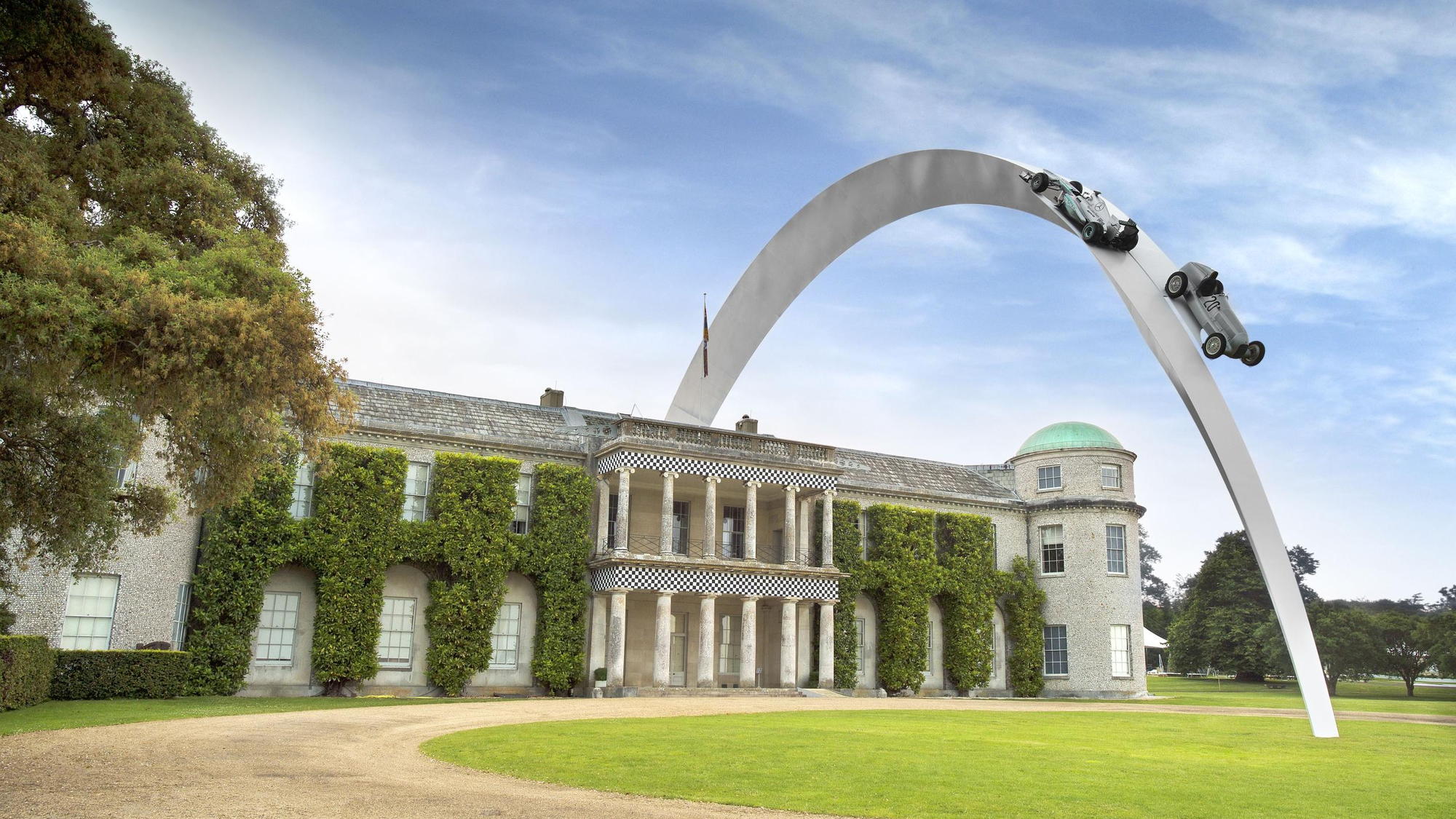 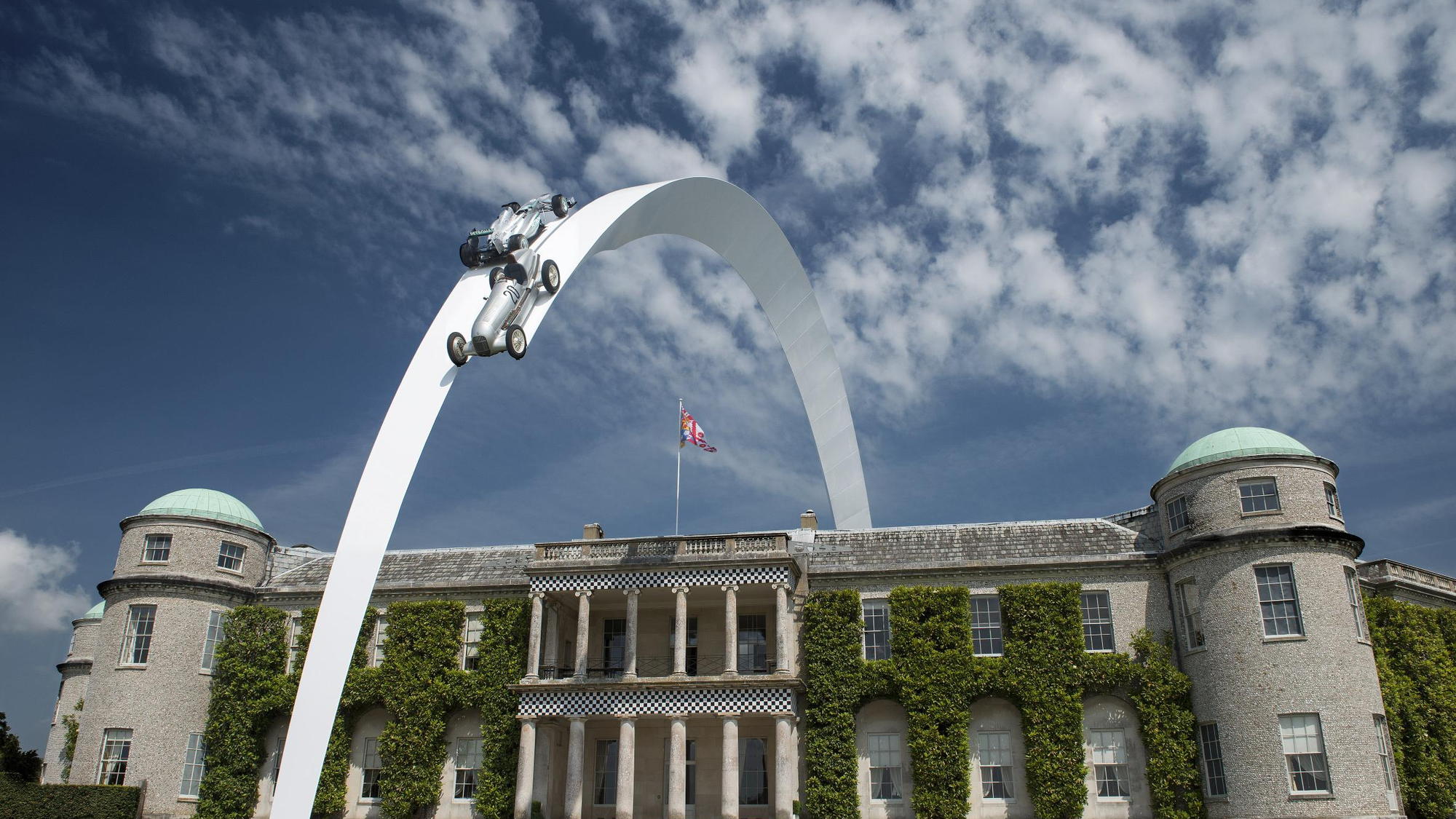 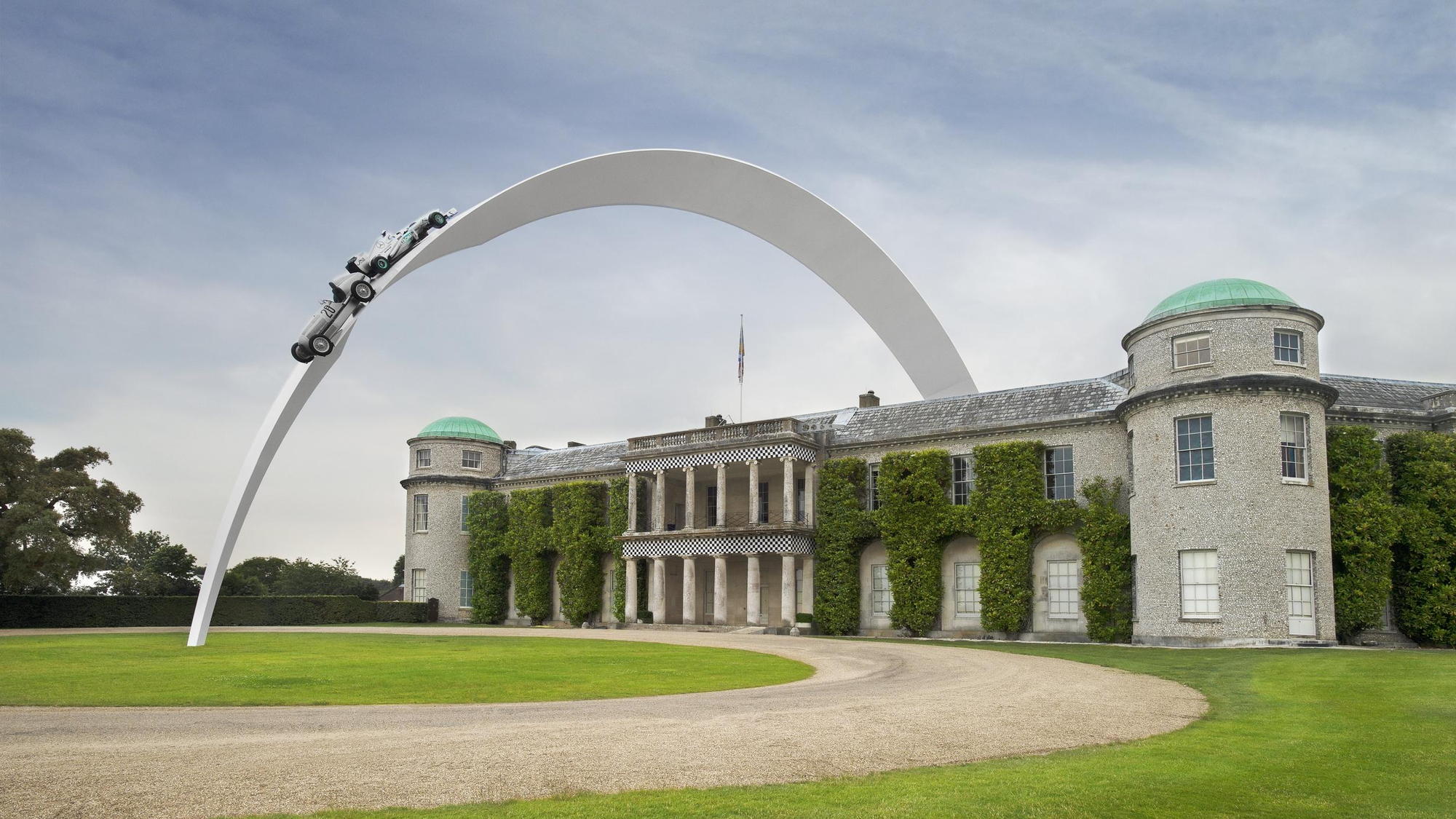 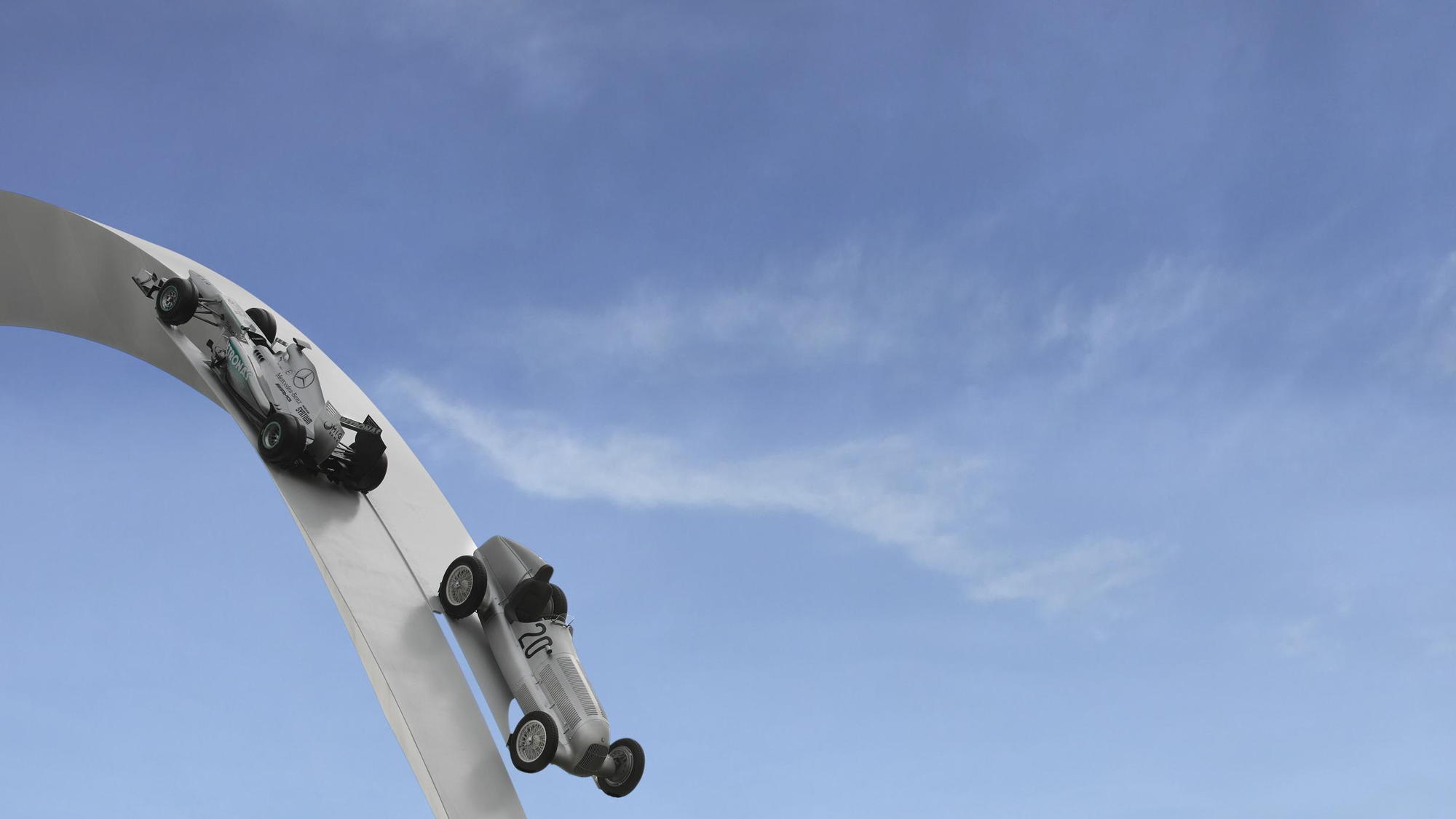 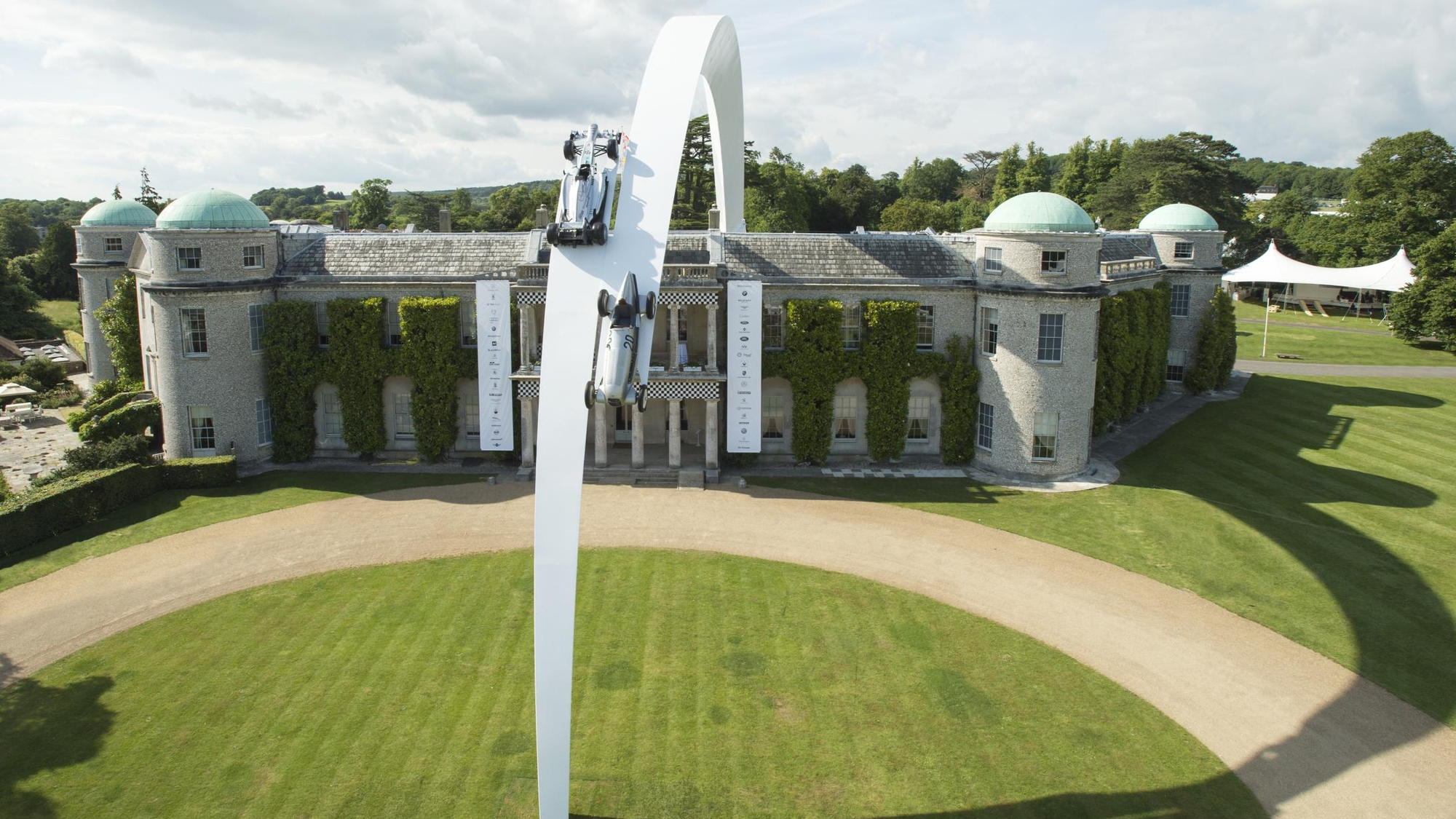 The latest celebrates 120 years of Mercedes’ participation in motorsport and soars some 85 feet over Goodwood House. Two cars spanning 80 years form an integral part of the sculpture—a replica of the 1934 Mercedes-Benz W25, the automaker’s first Silver Arrow, and a 2013 Mercedes AMG W04 Formula One car.

Together, the W25 and the W04 show the first and last eight-cylinder-engined Mercedes Silver Arrows grand prix racers. As most readers would already know, Mercedes’ latest Silver Arrow, the W05 Hybrid competing in the 2014 Formula One World Championship, features a six-cylinder engine.

“It is a tremendous opportunity to be asked by Mercedes-Benz to create a sculpture to celebrate their 120 years of motor racing,” Judah said in a statement. “For this we have pushed the limits of what is possible with size and complexity in engineering, with a 160 tonne steel arch connecting two of their great historic cars over the top of Goodwood House.”

Mercedes will also be reminding visitors of the Goodwood Festival of Speed this weekend of its many legendary wins in motorsport, with a display of racing cars spanning various eras from the early days of motor racing through to the DTM, GT3 and F1 races of today. Along with some very special vehicles, a lineup of famous racing drivers will be present including Sir Stirling Moss, Lewis Hamilton and Nico Rosberg.