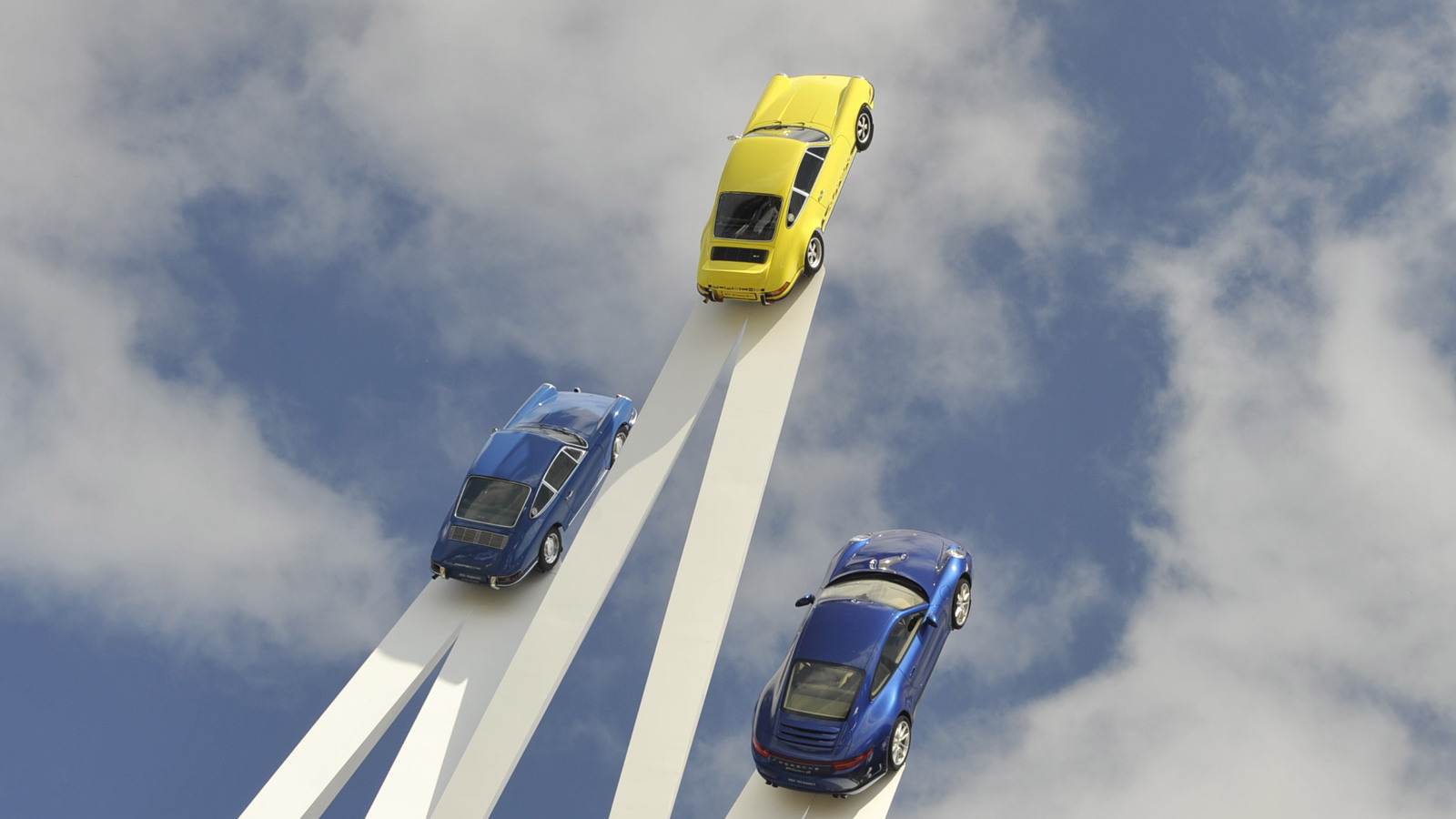 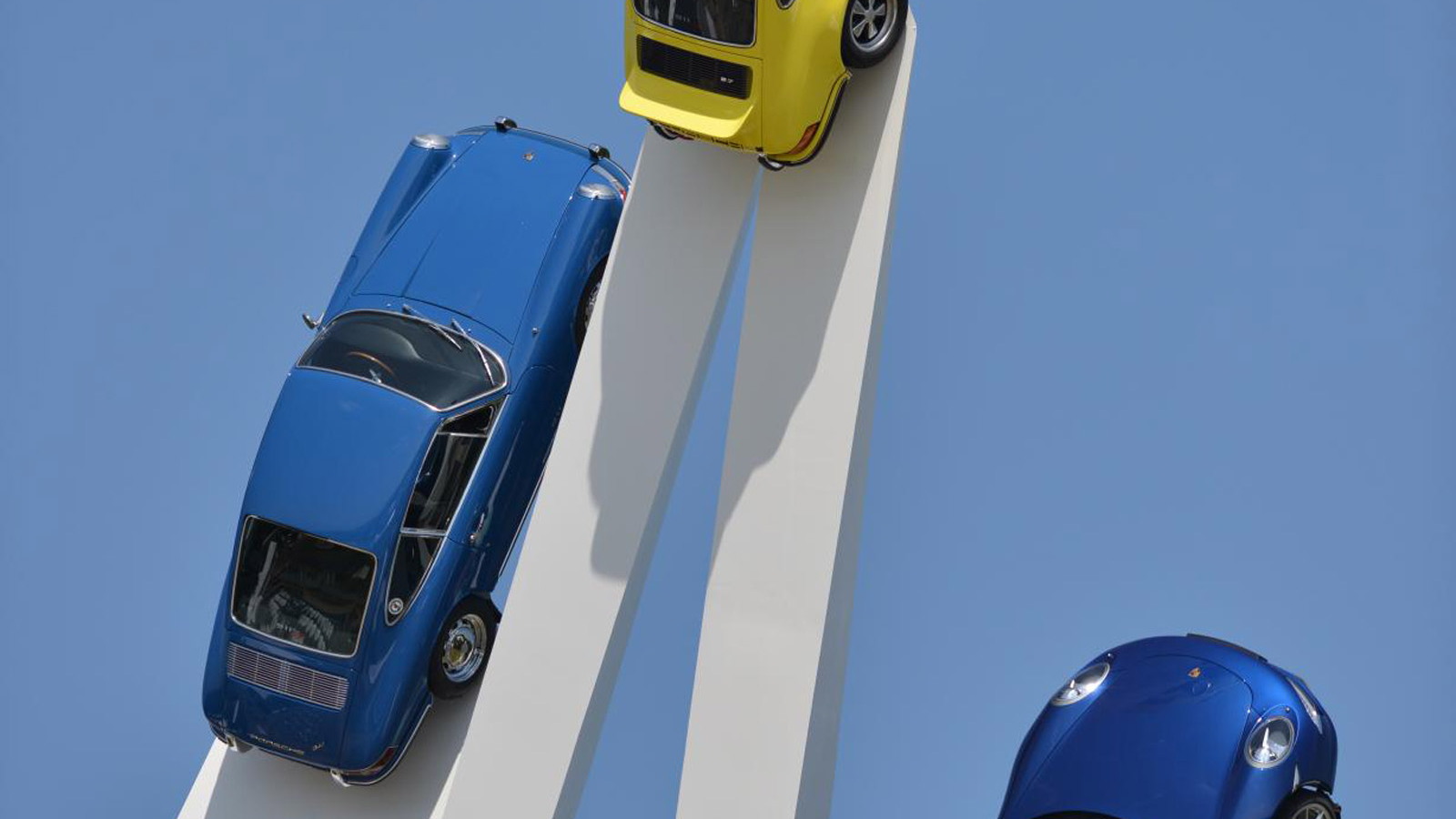 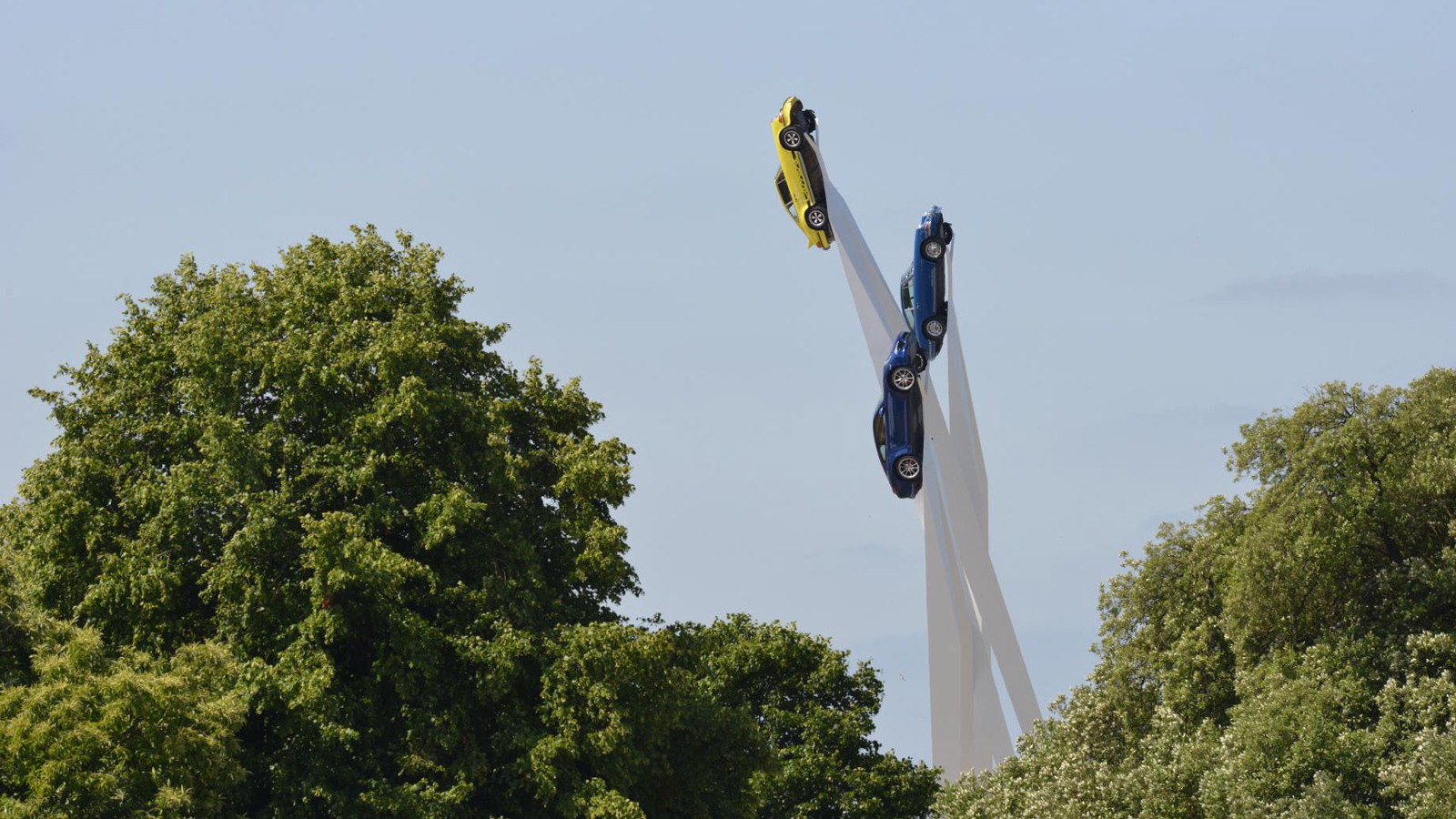 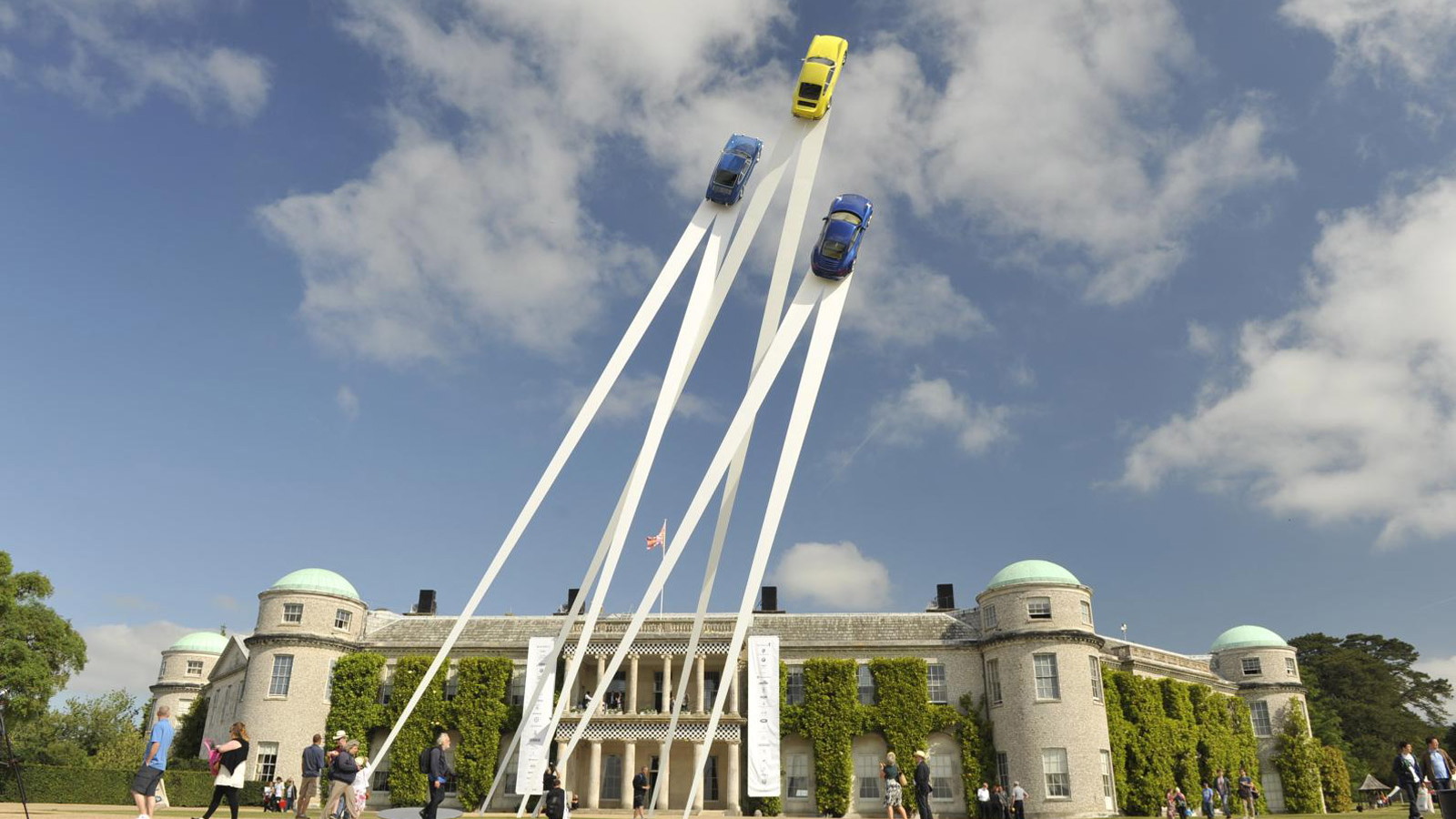 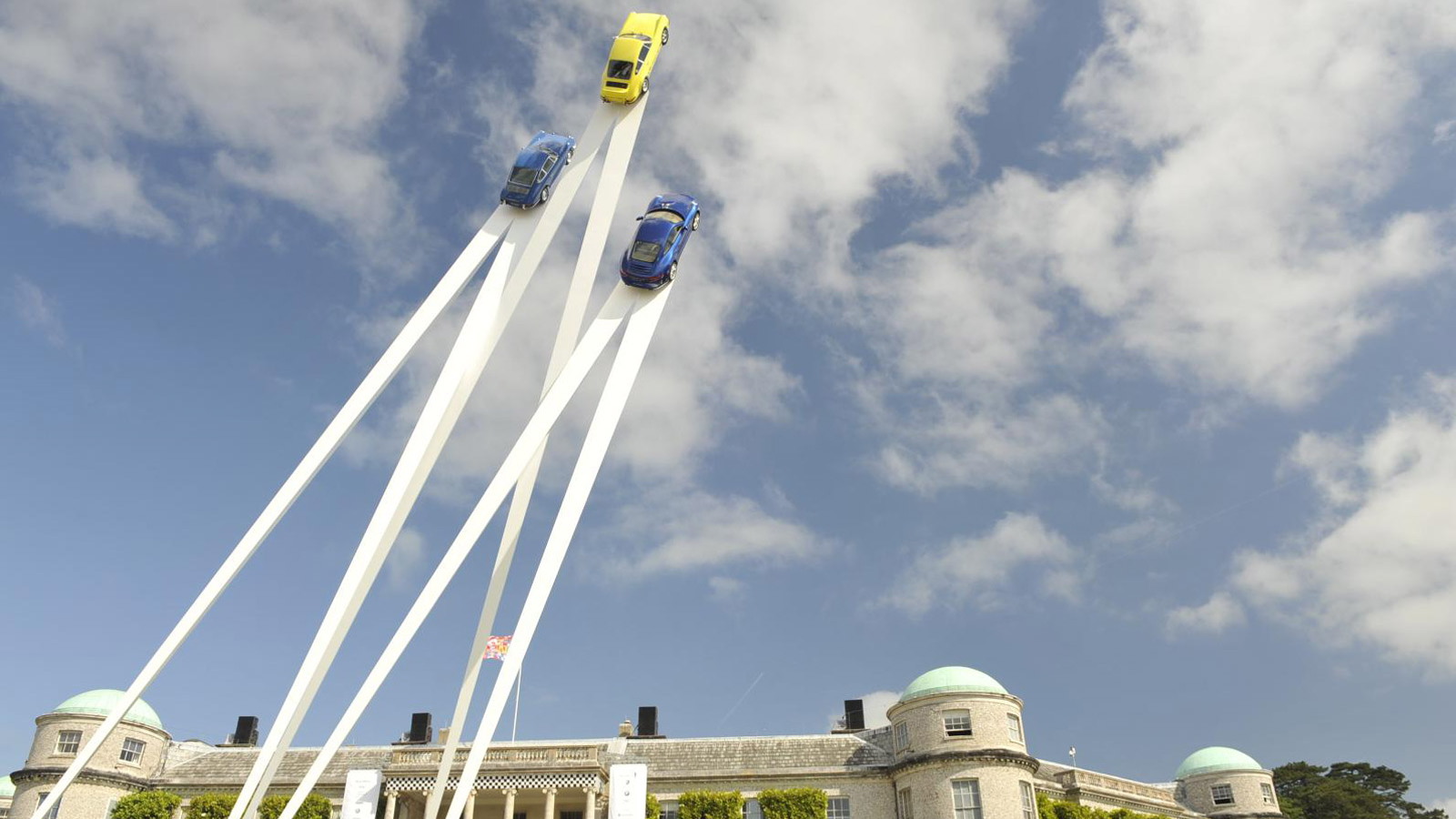 8
photos
The 2013 Goodwood Festival of Speed is officially underway and as in every year a massive sculpture has been unveiled on the grounds of Goodwood House. This year the sculpture has been designed to mark the 50th anniversary of the Porsche 911 and as such the iconic sports car has been incorporated with its design.

It features three generations of the Porsche 911 zooming off into the sky, supported by white beams signifying tire tracks. The origins of the 911 are honored with an early Golf Blue coupe from 1965, the motorsport record of the model is highlighted by a Yellow 2.7 RS from 1973, and the latest all-wheel-drive Type 991 Carrera 4 underlines the everyday usability of the famous sports car from Stuttgart.

Responsible for the piece was sculptor Gerry Judah. He said he wanted to create a sculpture that personifies the energy and dynamic excitement not just of the cars and Goodwood Festival of Speed, but also reflected how something as beautiful and dynamic as the 911 can in turn celebrate the event.

Standing 111 feet in height, the sculpture is made up of a series of legs, each of which is a monocoque of sheet steel welded together, with no internal structure, and comes down to a small point at the base narrow enough you can almost fit your hands around.

Porsche understandably has a major presence at Goodwood this year, with a special focus on the history of its 911. All seven generations of the car are on display and some will be driven by famous Porsche works drivers including Hans-Joachim Stuck, Jörg Bergmeister, Richard Attwood and Vic Elford.