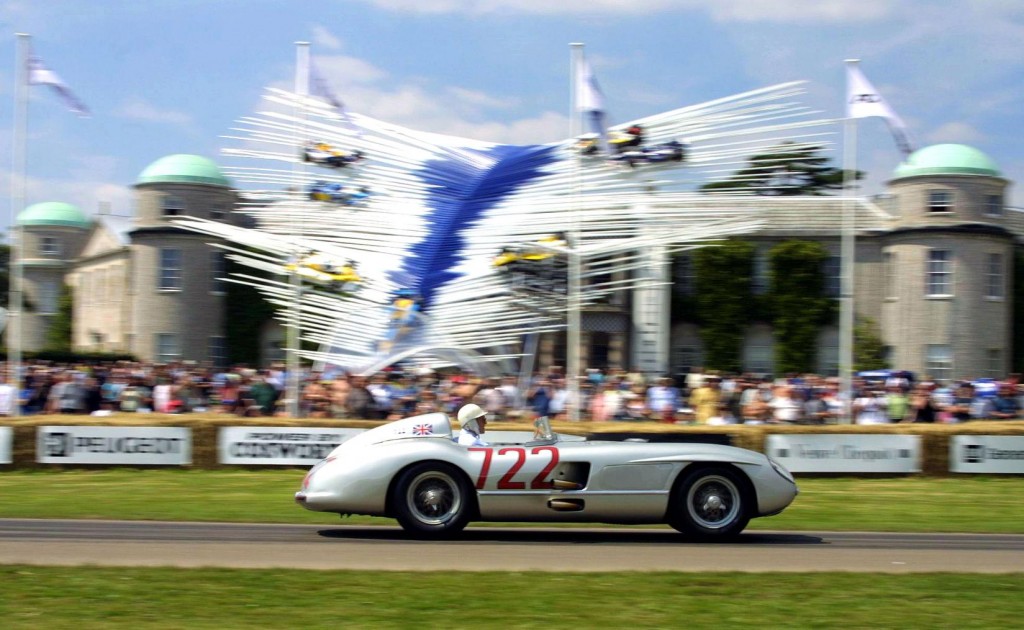 If you're not familiar with the Goodwood Festival of Speed, you should be. It's a pilgrimage of motorsports and car enthusiasts from around the world to the grounds of Goodwood to see and hear some of the most exciting, unique, and historic cars of the past and present. Next year will be its 20th anniversary.

Accordingly, the theme for the 2013 Goodwood Festival of Speed will be to celebrate the best of the past 20 years. Since 1993, countless classic and modern cars have driven the grounds at Goodwood, climbed the famous hillclimb, and been reunited with their former drivers. The 2013 event will recreate the best of these moments.

Highlights will come from celebrity cars and motorcycles, plus the racing world, with F1, IndyCar, the World Rally Championship, NASCAR, and several other series represented.

Vehicles taking to the hillclimb in 2013 will include everything from steam cars to Dakar trucks as well as--build progress provided--the completed and running Bloodhound SSC land speed record car. As a bonus, historic dragsters will be ripping off burn outs just outside Goodwood House.

Lord March, the founder of the Goodwood FOS, remains in disbelief over the success of the event. "I really can’t believe that we’ve been staging the Festival of Speed for 20 years already; the time has simply flown by!" said Lord March. "I wasn’t too certain if anyone would be interested in coming along to our very first event back in 1993. We expected around 2,500 people, and over 25,000 turned up! Today the Festival attracts over 185,000 enthusiastic and knowledgeable spectators, which I just could not have imagined way back in 1993. I think it is safe to say that the event now looks like it is here to stay!"

For a look at another famous Goodwood event, check out our report on the Goodwood Revival via Subaru's BRZ.