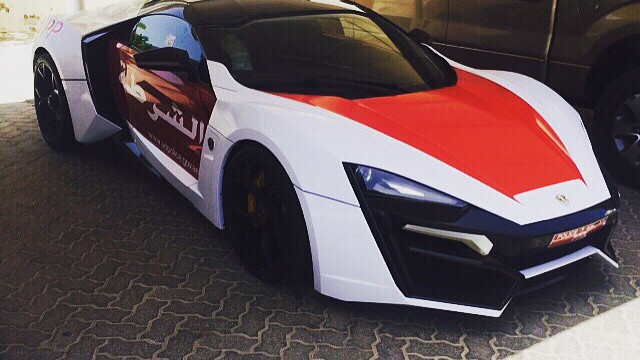 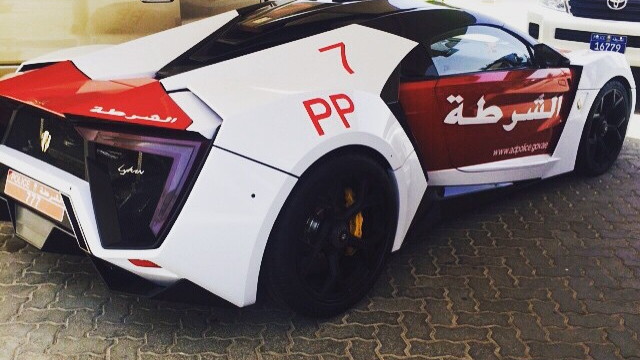 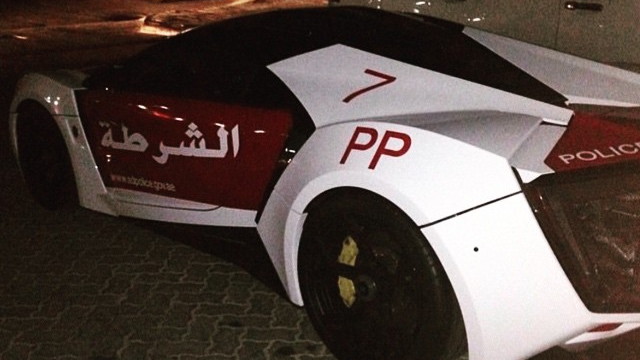 The ever-impressive fleet of the Abu Dhabi Police has just gotten significantly more impressive: it has added the $3.4 million Lykan Hypersport.

With a promised 770 horsepower and 737 pound-feet of torque from a 3.8-liter flat-six Porsche engine (from famed tuner RUF), and a choice of a six-speed sequential gearbox or a seven-speed dual-clutch transmission, the W Motors Lykan Hypersport is utterly bonkers. The 2.8-second 0-60 mph time and 240 mph top speed sound almost reasonable in that context.

It’s also mostly vaporware, or has appeared to be until now, making lots of fanfare at various auto shows, but never really showing its mettle in the real world. Now it may just get the chance, at least if these images from zero2turbo are legit.

With cars like the Lykan Hypersport joining the blue side of the line, those looking to outrun the law will have to resort to tuned Lamborghinis, or perhaps the odd Koenigsegg One:1. Such is the price of crime in Abu Dhabi.

Of course, it could be worse: you could be a criminal in Dubai.