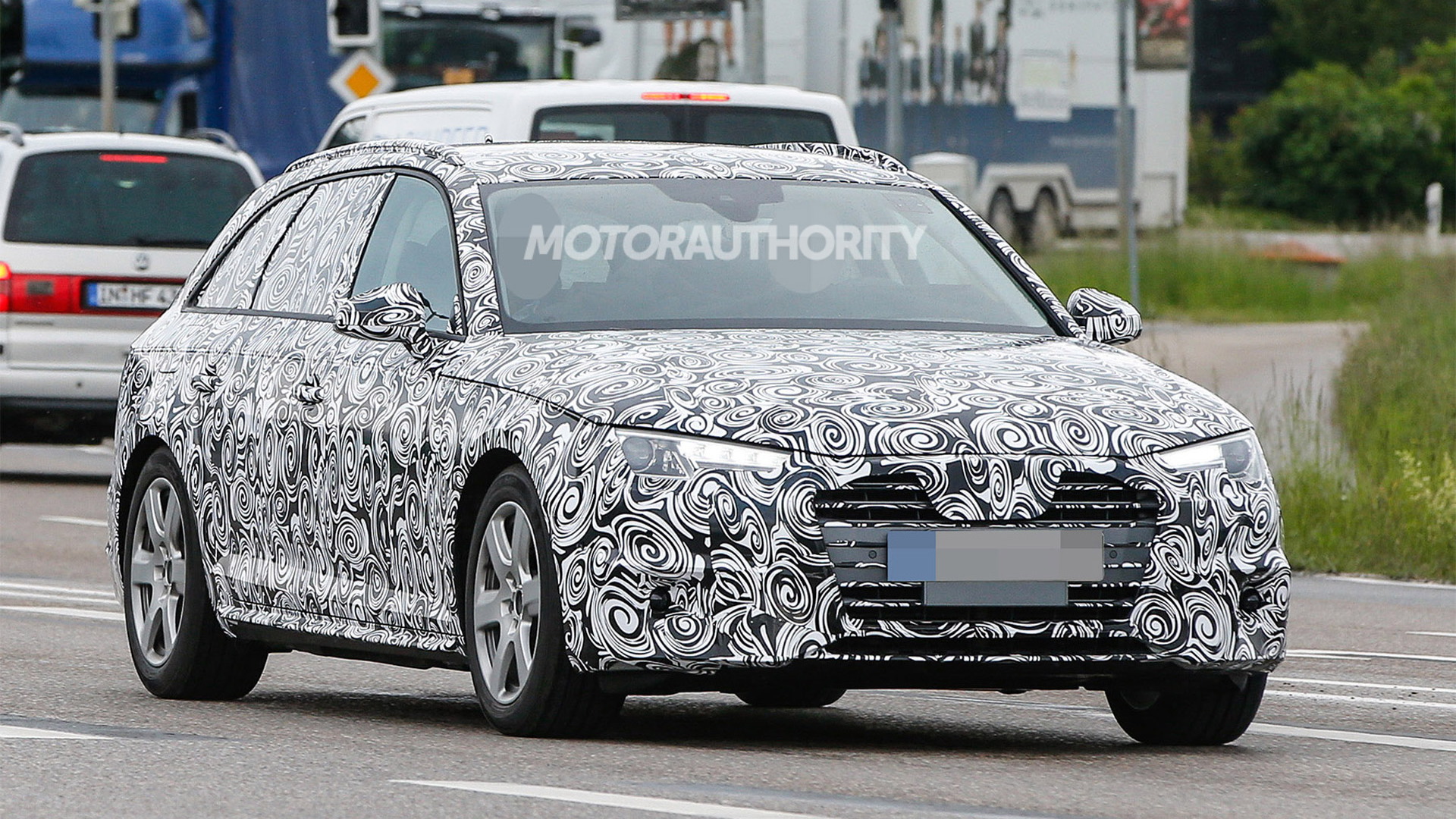 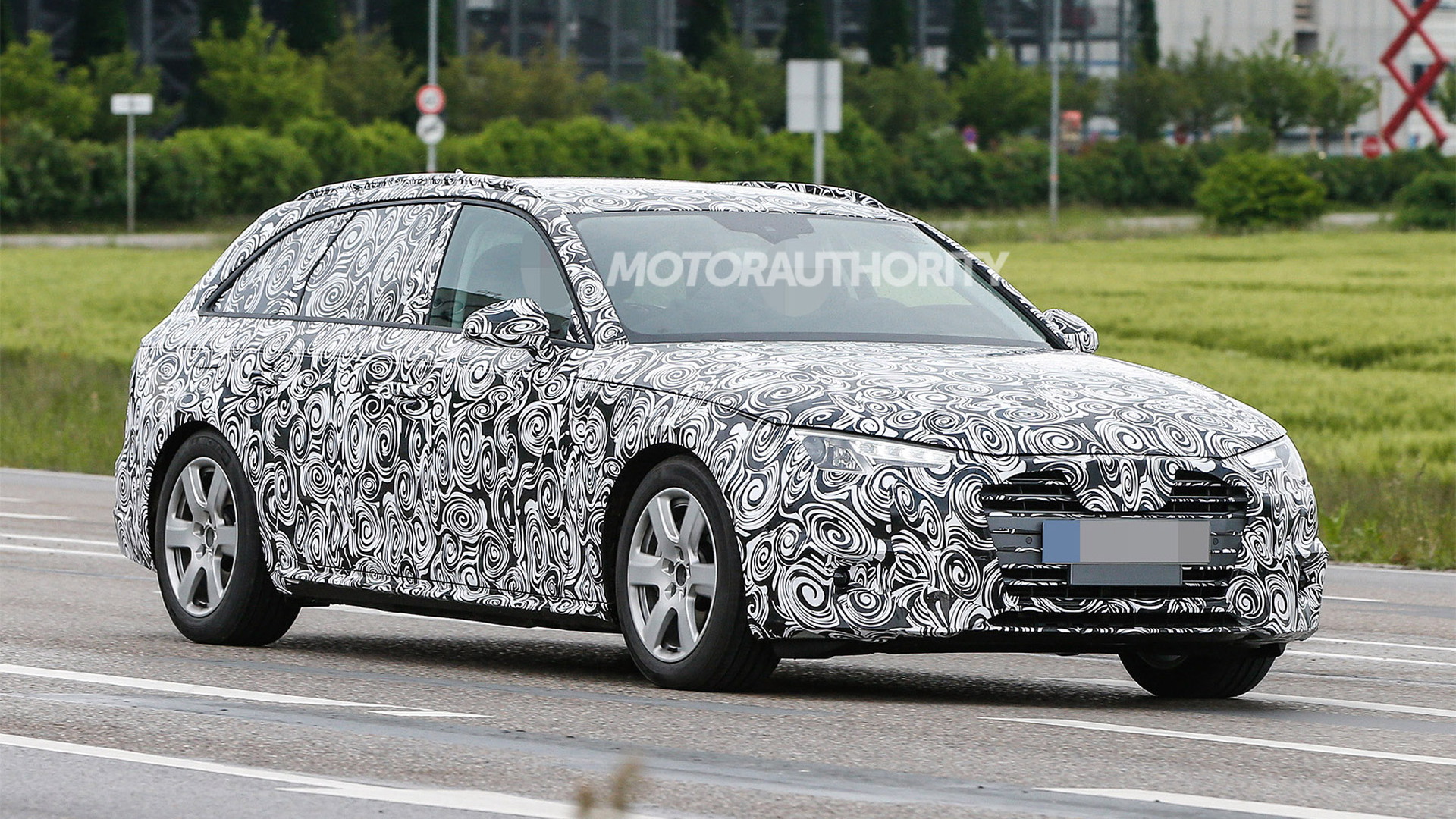 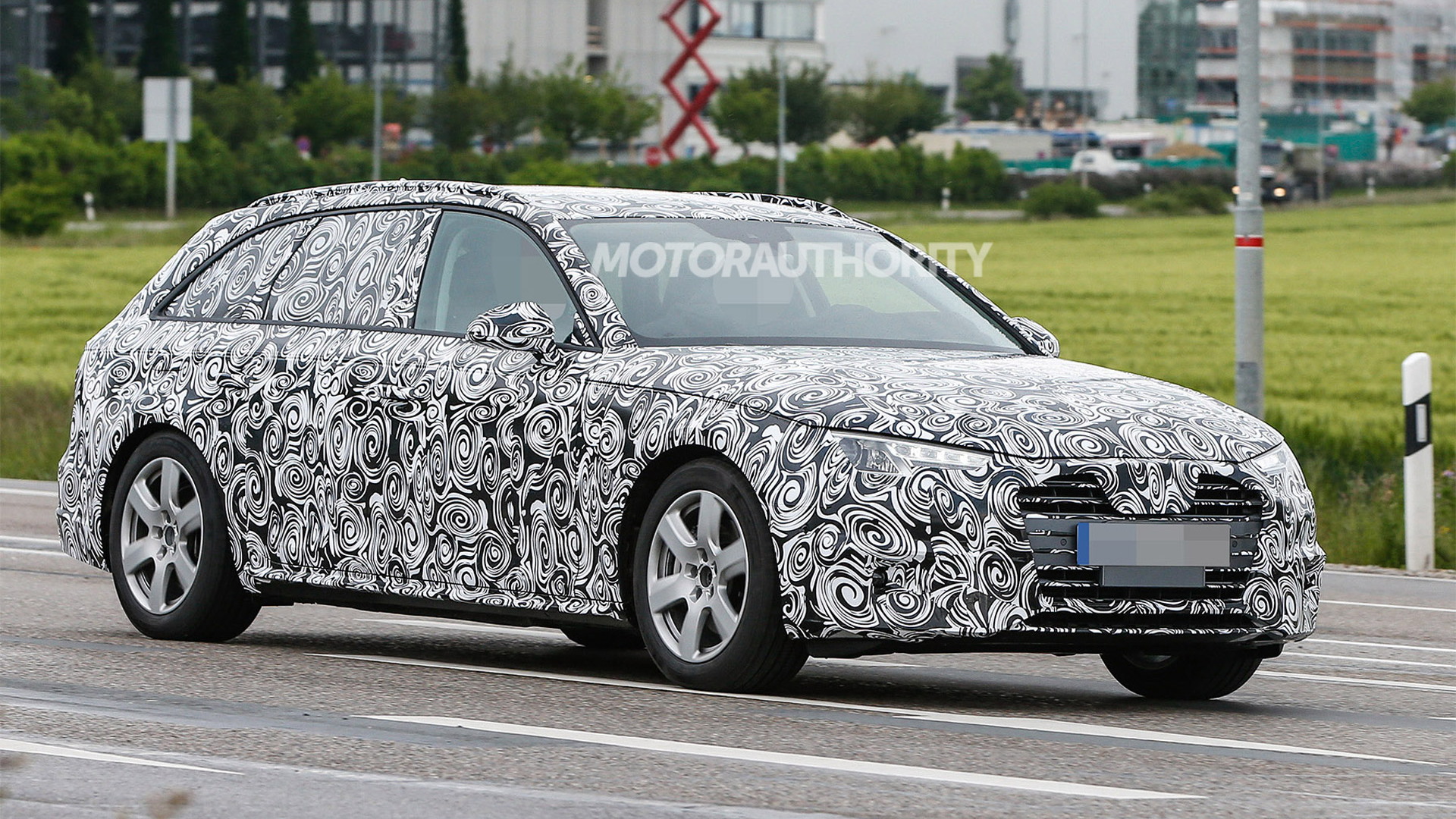 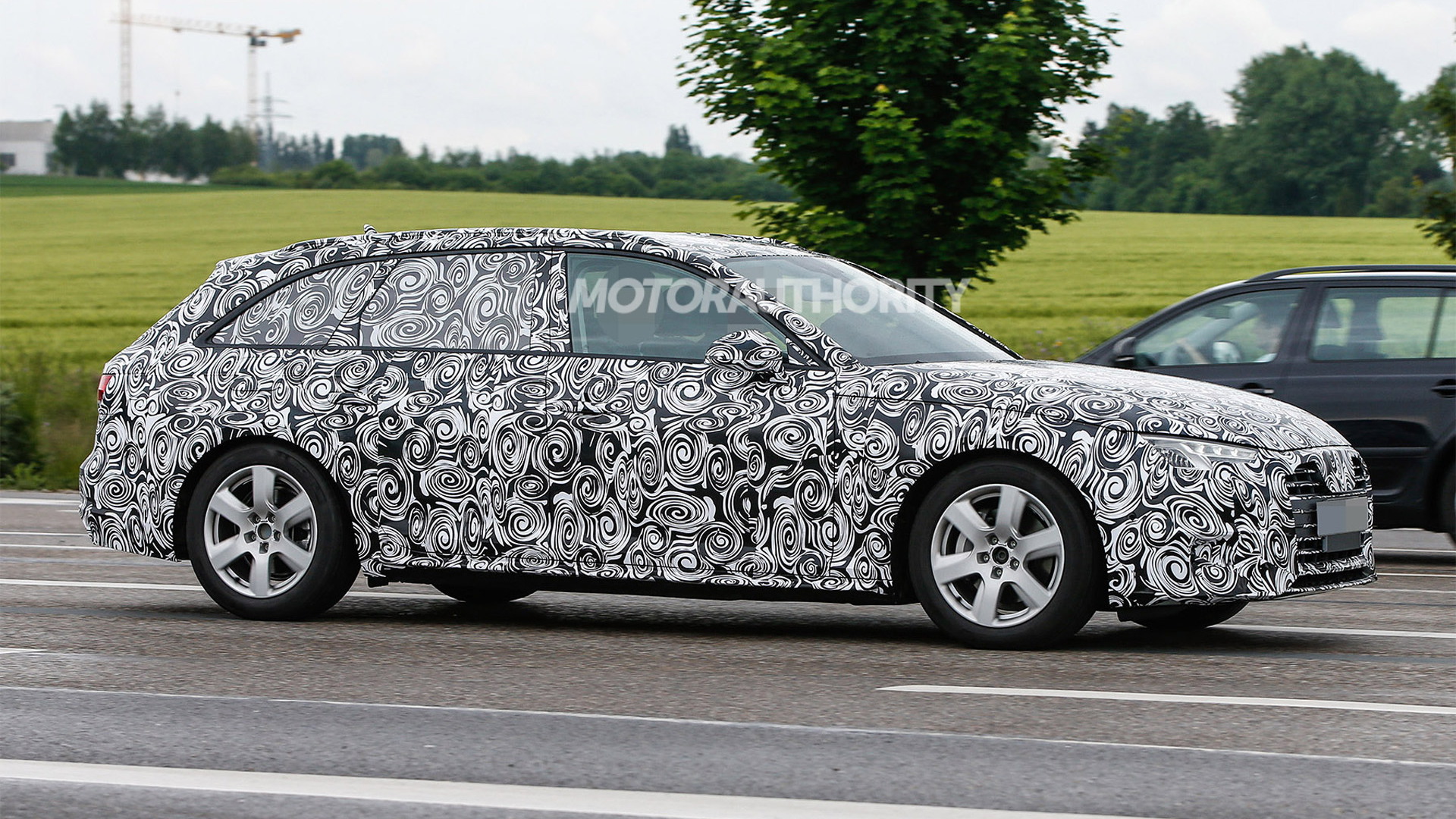 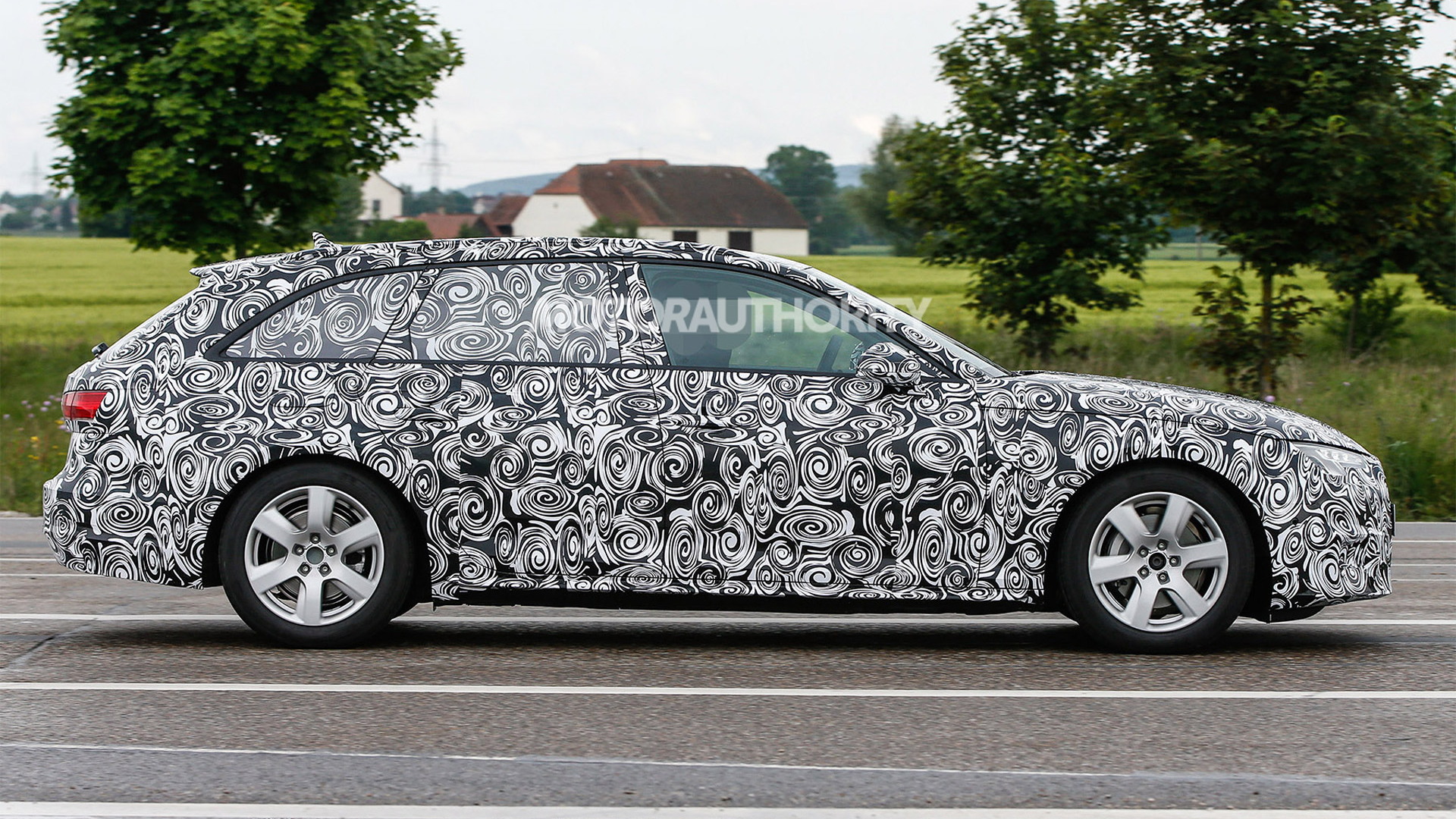 A new Audi A4 sedan debuts later this year and that means we’ll soon be seeing new versions of all the separate variants such as the sporty S4 and RS 4 as well as the more practical Avant and Allroad. These latest spy shots show a prototype for the new A4 Avant, which we expect to be revealed alongside the sedan at this September’s 2015 Frankfurt Auto Show or shortly after it. Unfortunately, Audi is expected to continue with the A4 Allroad only in the U.S. market, thus skipping out on this regular A4 Avant variant.

The new A4 is the second model to ride on the Volkswagen Group’s new MLB Evo platform, the first being the 2016 Q7. Not only is the new platform significantly lighter than the one it replaces (the MLB), it also allows for a variety of powertrains including hybrid and all-electric configurations.

We know a plug-in hybrid version of the new A4 is coming, but instead of the transmission-integrated electric motor setup used for plug-in hybrid versions of the Q7, the new A4 plug-in could see the electric motor mounted at the rear axle. The engine would power the front axle, thus creating a ‘through-the-road’ hybrid all-wheel-drive system, or “e-quattro” as Audi labels it.

In addition to an electrified model, the new A4 range should also come with regular four- and six-cylinder engines. Audi recently revealed a new 2.0-liter TFSI for its next-gen A4. The engine, which features a combustion method similar to the Miller cycle, develops 187 horsepower. This is lower than the 220 hp the 2.0-liter mill in the current A4 develops, but the new engine should be more efficient and more tractable. Those seeking extra efficiency will have two new options: a 2.0-liter diesel and the aforementioned plug-in hybrid setup.

Sitting above these will be a new S4 Avant equipped with a supercharged 3.0-liter V-6, possibly with as much as 340 hp on tap. Also in the lineup should be a high-performance RS 4 variant. It’s not clear at this point if the latter will be available in both sedan and wagon forms (the current RS 4 is only available as an Avant wagon) but given the growing popularity of the RS brand in the U.S., it's safe to assume that an RS 4 sedan will be launched this time around. Other markets should continue to have access to an RS 4 Avant as well.

The new A4 sedan should reach the U.S. market in the first half of next year, as a 2017 model. An A4 Allroad model similar to this A4 Avant should arrive about one year after the launch of the sedan.