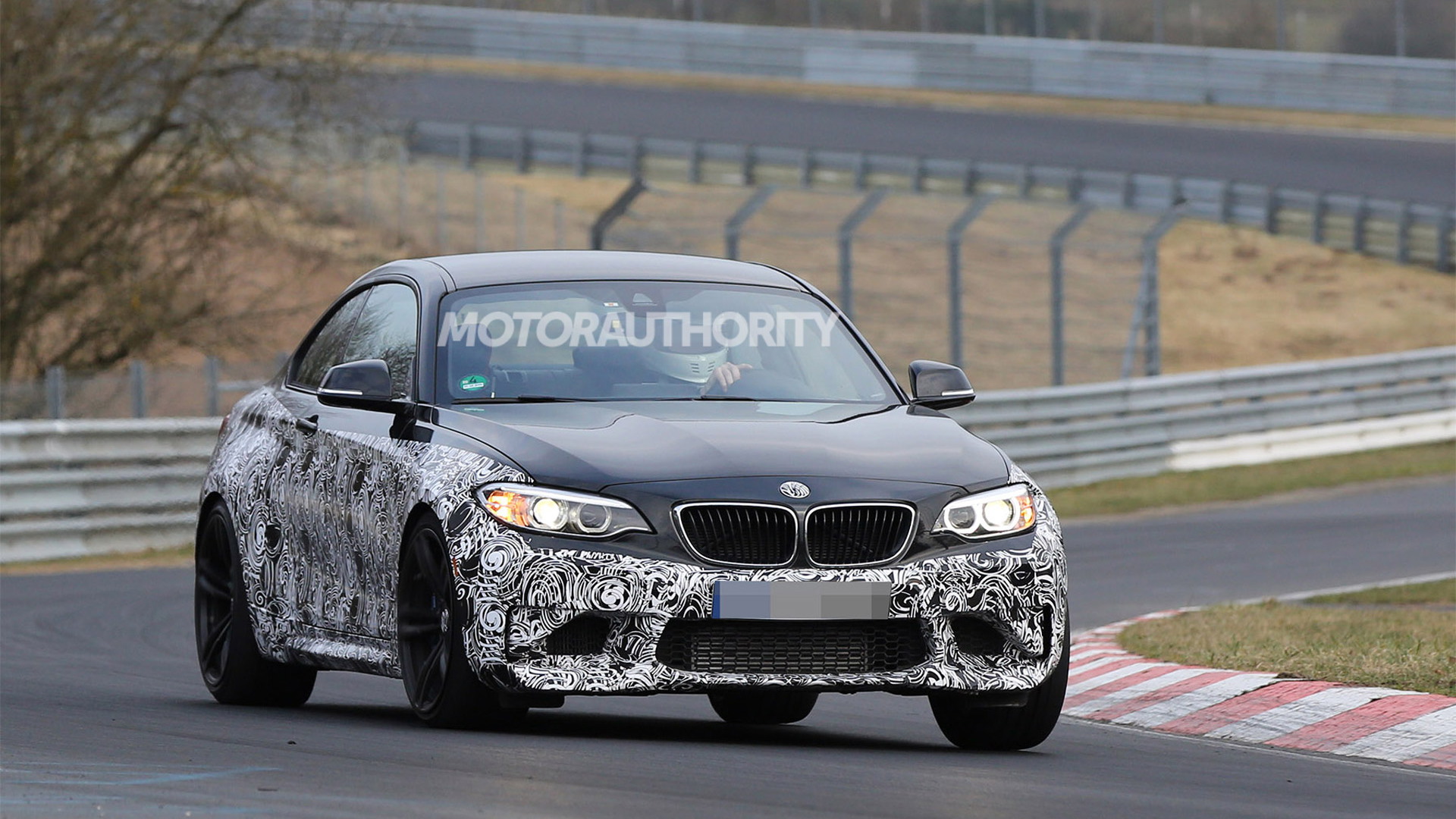 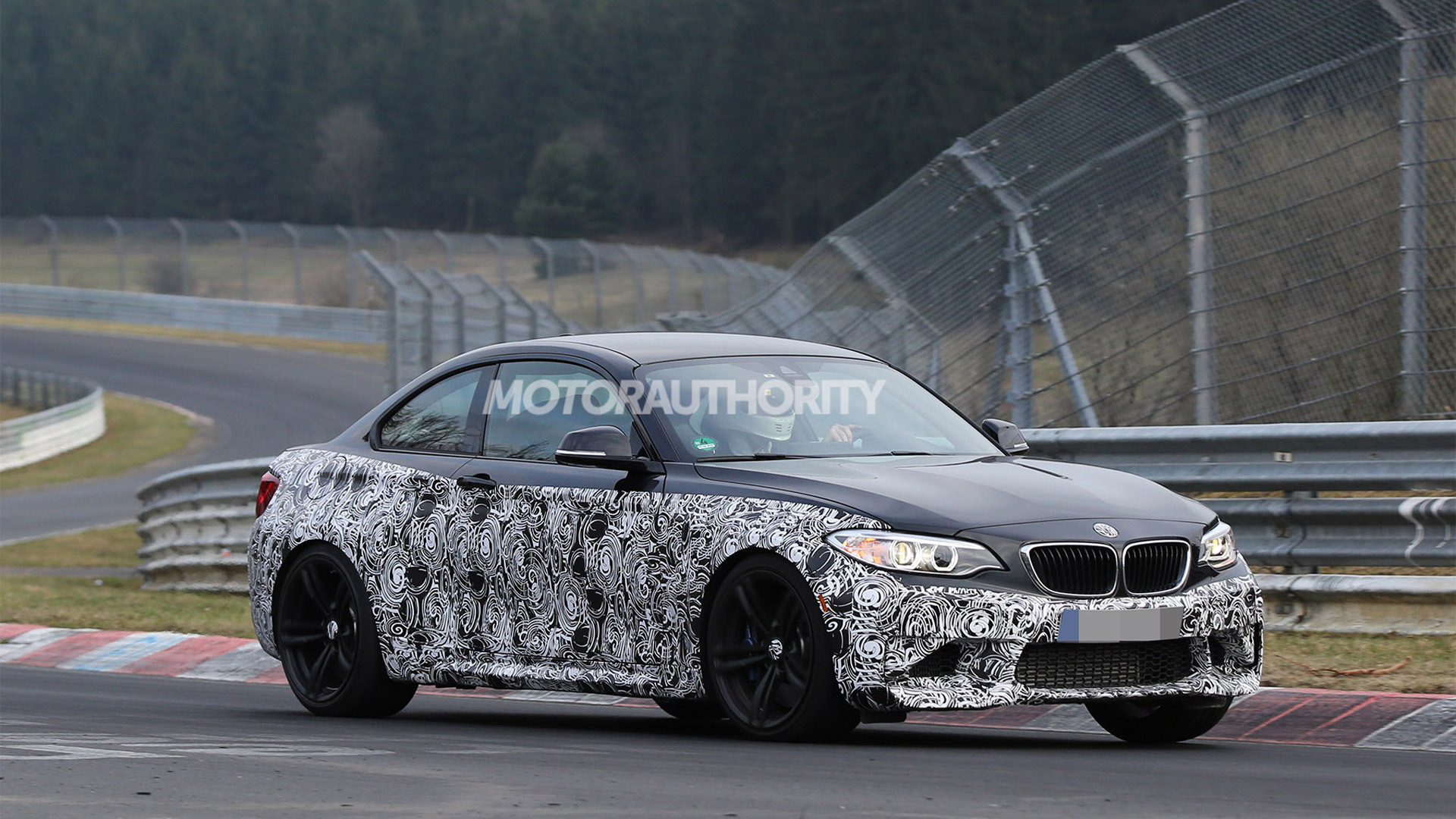 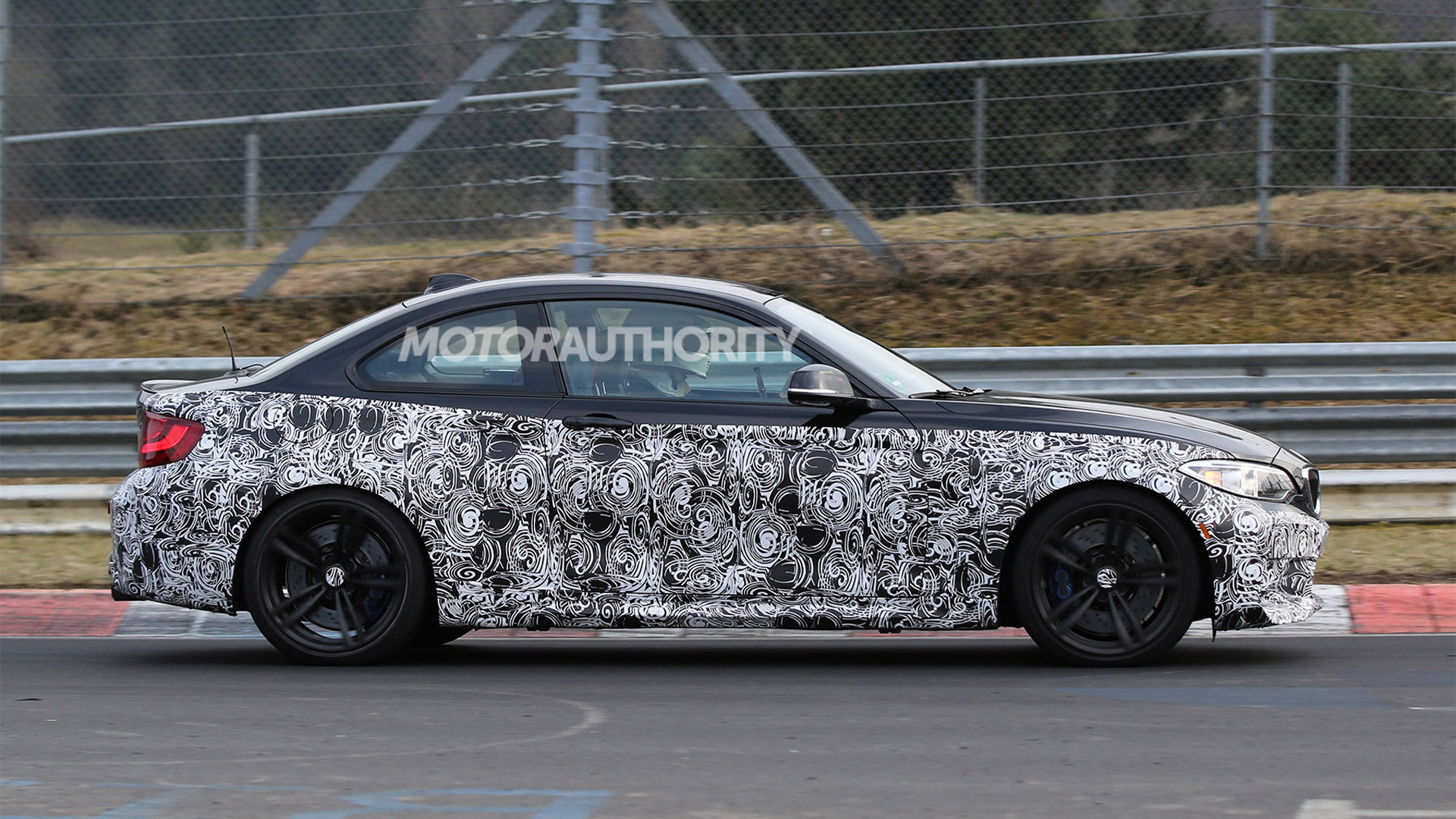 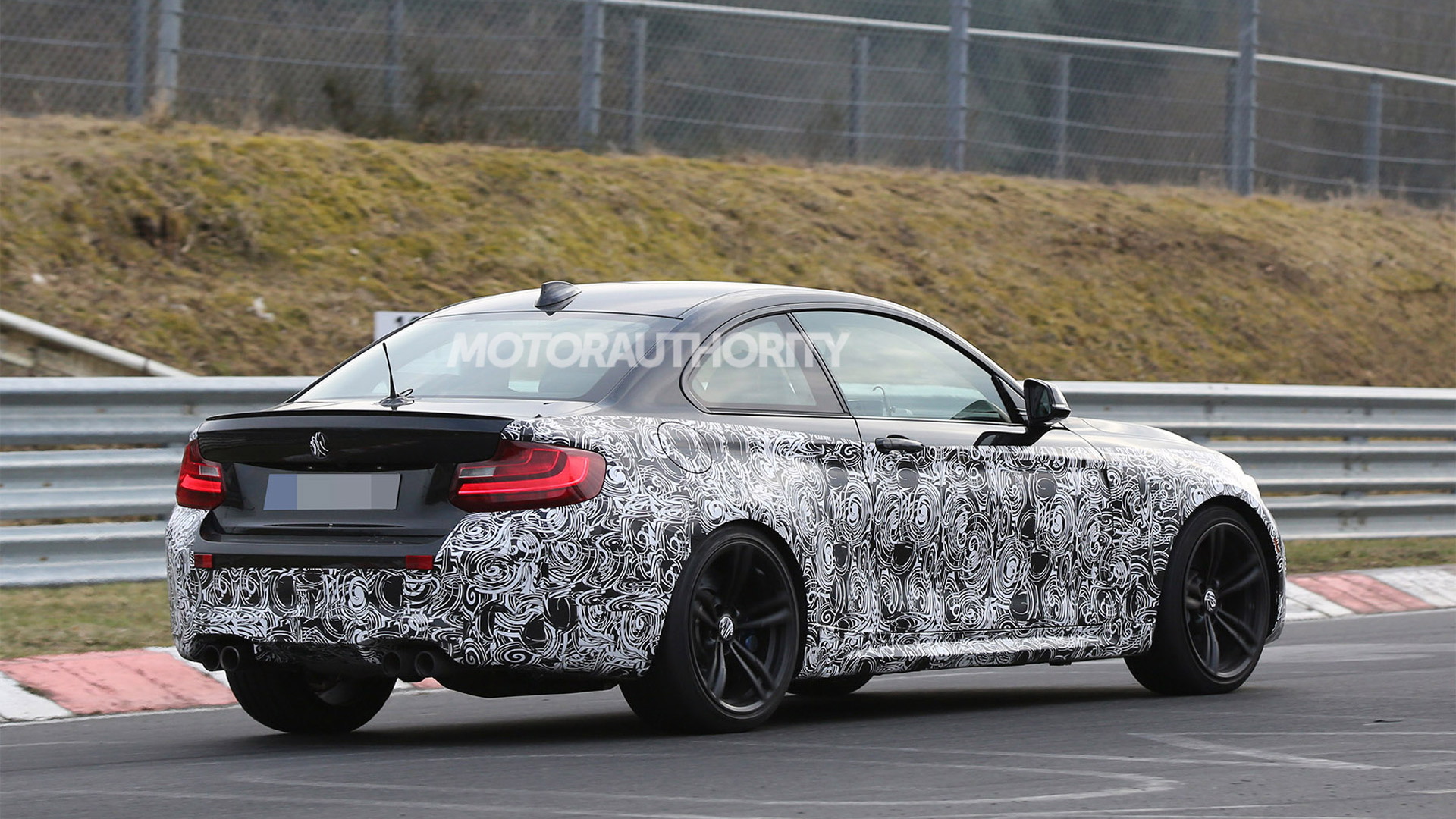 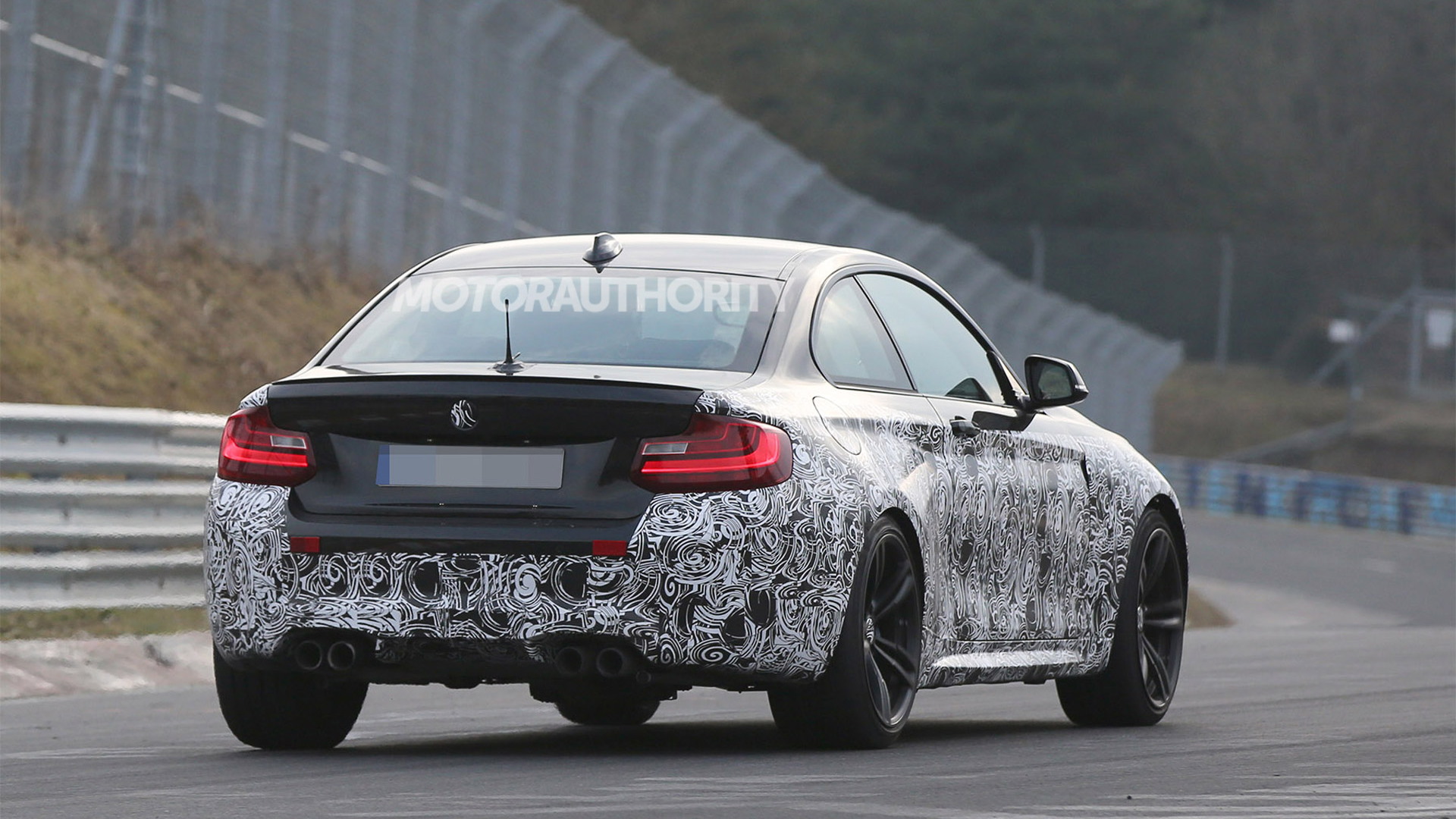 Talk of a BMW M2 sports car dates back to 2010 but never really got serious until last year’s launch of the 2-Series coupe and convertible. The most potent 2-Series at present is the 320-horsepower M235i but we’ve already spied an even hotter one that’s destined to go by the name M2. Now we have an exclusive spy video of one of the M2 prototypes testing at Germany’s Nürburgring.

For anyone that’s been thinking BMW lost its way with cars like the oddly-shaped Gran Turismos and the blasphemous front-driving 2-Series Active Tourer, we think the M2 will restore your faith in the blue and white roundel. It will serve as the successor to the much-loved 1-Series M Coupe and will compete with the likes of the Audi RS 3 and Mercedes-Benz CLA45 AMG. Unlike its rivals, however, the M2 will come with rear-wheel drive.

A turbocharged 3.0-liter straight-six will almost certainly sit under the hood but rather than adopting the existing N55 engine found in the M235i or the newer S55 engine in the M3/M4 duo, BMW is likely to go with an all-new unit based on the modular engine design already used for the automaker's latest three- and four-cylinder engines. This new engine, codenamed the B58, has already made its debut in the 2016 340i where it rates in at 320 horsepower.

In the M2, we should see output hover around 375 hp, so as not to step on the toes of the 425-hp M3/M4. A six-speed manual will be standard and likely joined by an available seven-speed M-DCT dual-clutch unit. With the M235i already sprinting to 60 mph in 4.8 seconds, the more powerful M2 should shave a few tenths of a second off that time. Also aiding performance will be reduced weight brought about by the use of carbon fiber-reinforced plastic panels. A proper mechanical limited-slip differential for the rear axle should also be fitted, along with stiffened suspension.

Production is expected to commence this fall, which means we should see the car in showrooms by early 2016. Look for a debut in the lead up to the 2015 Frankfurt Auto Show in September. Pricing should start just over $50k.