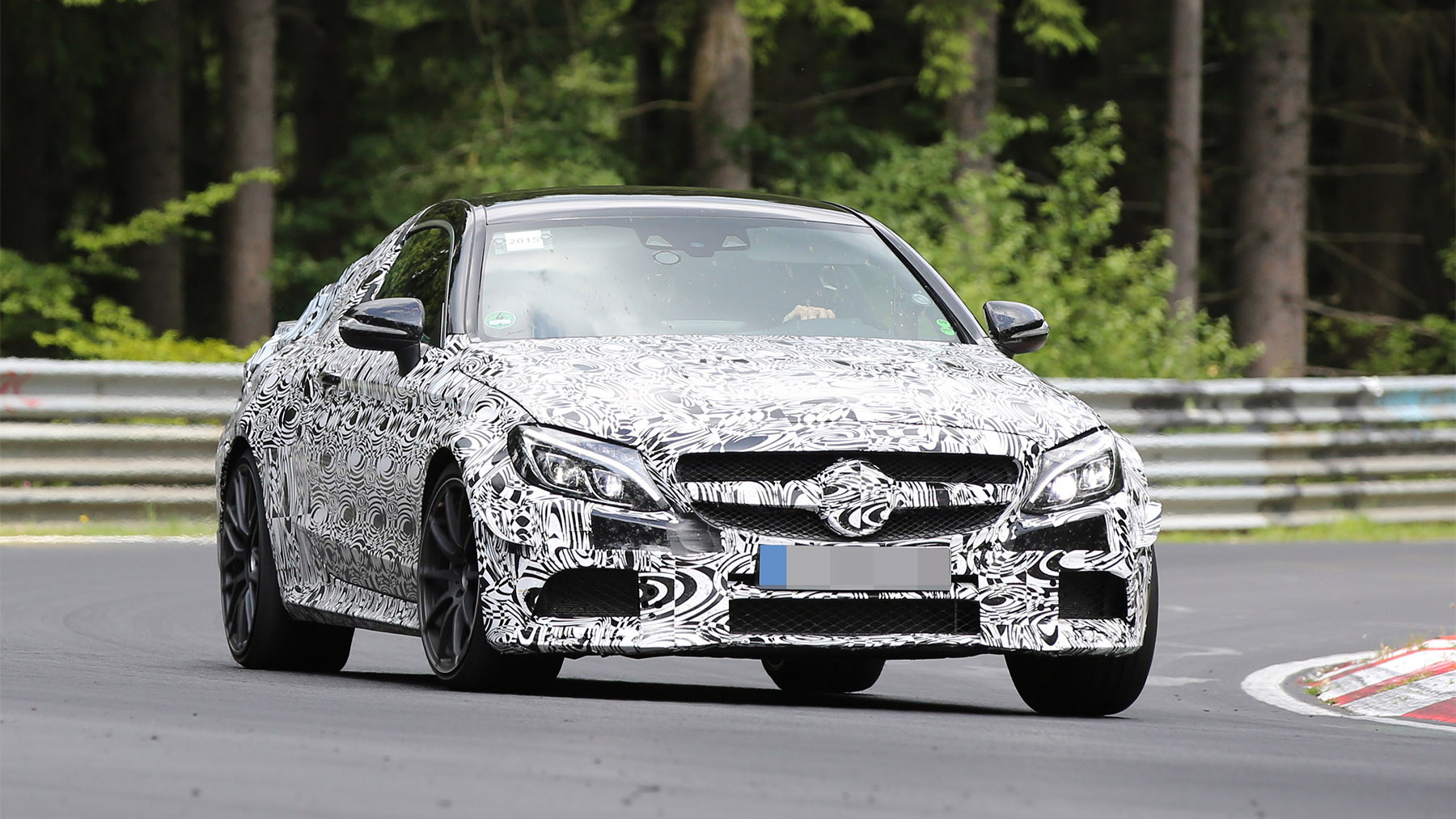 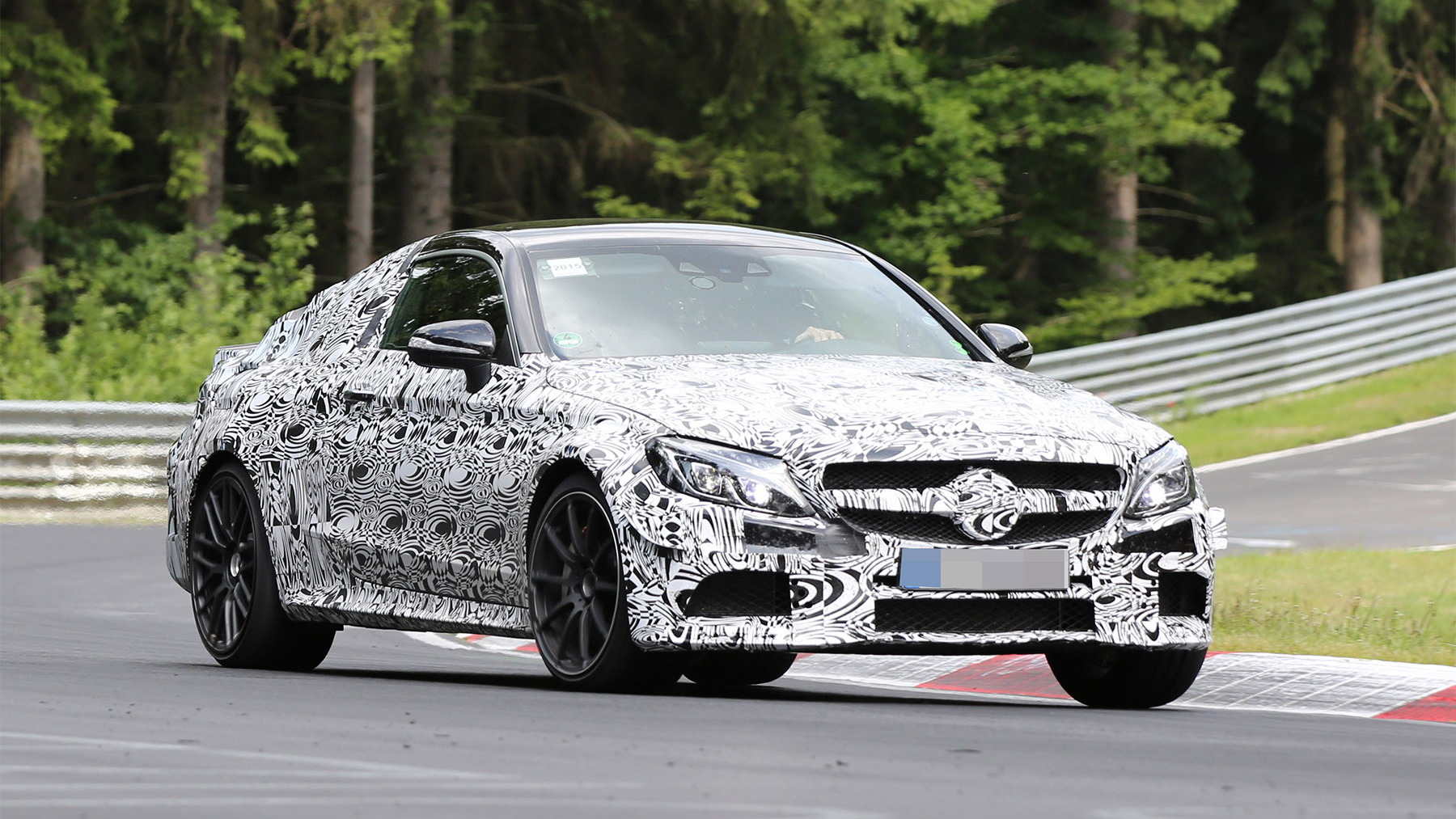 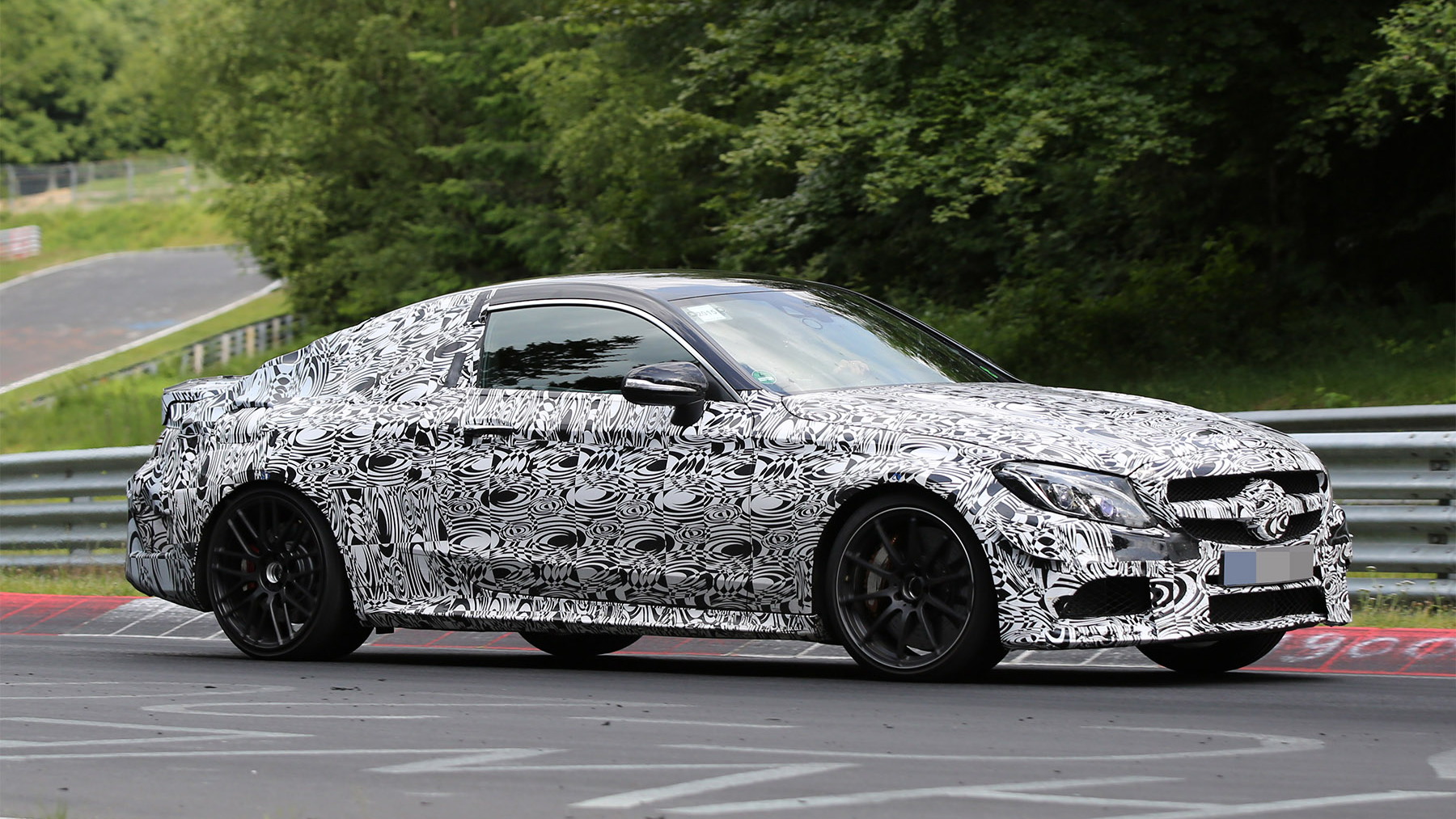 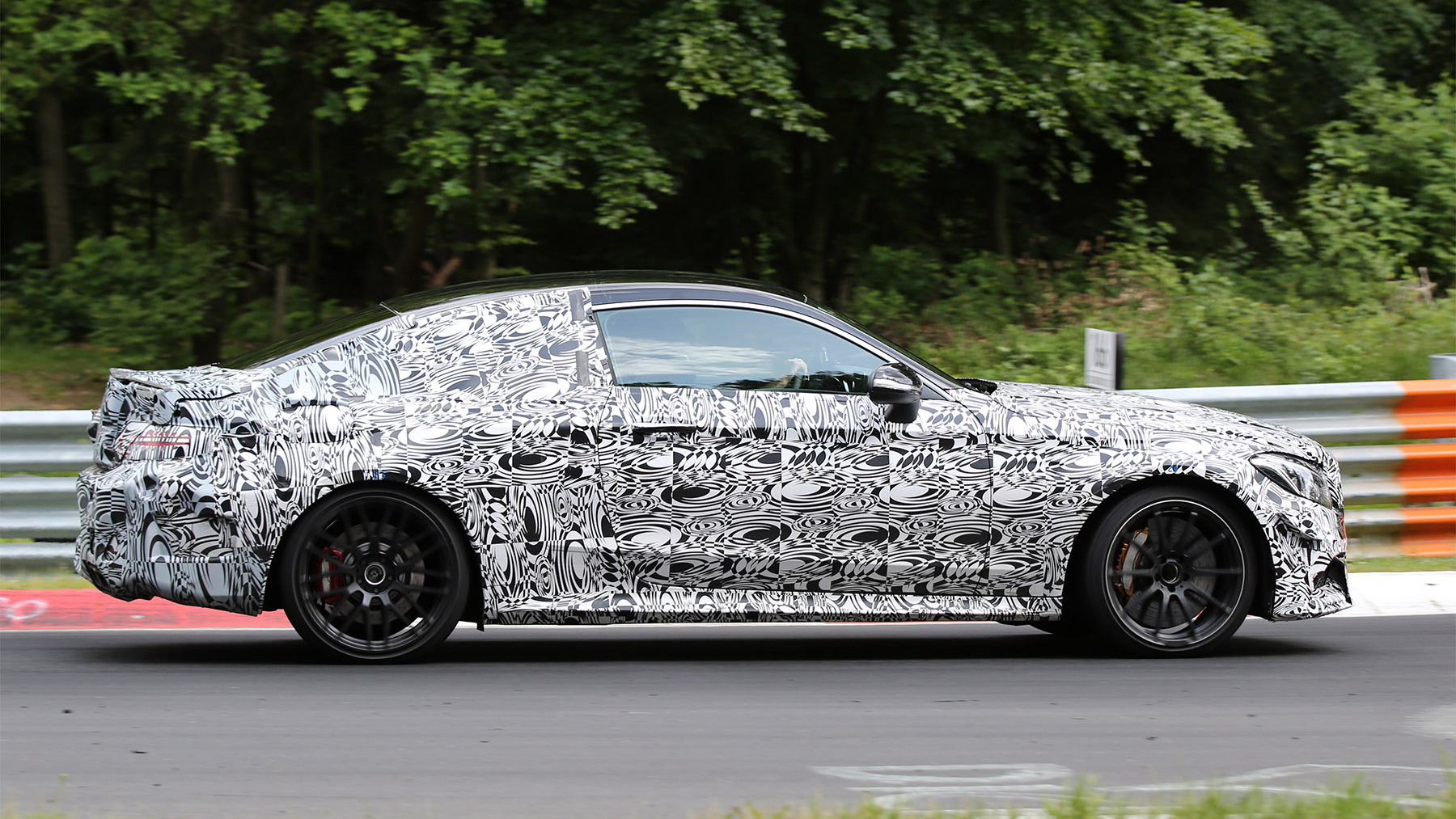 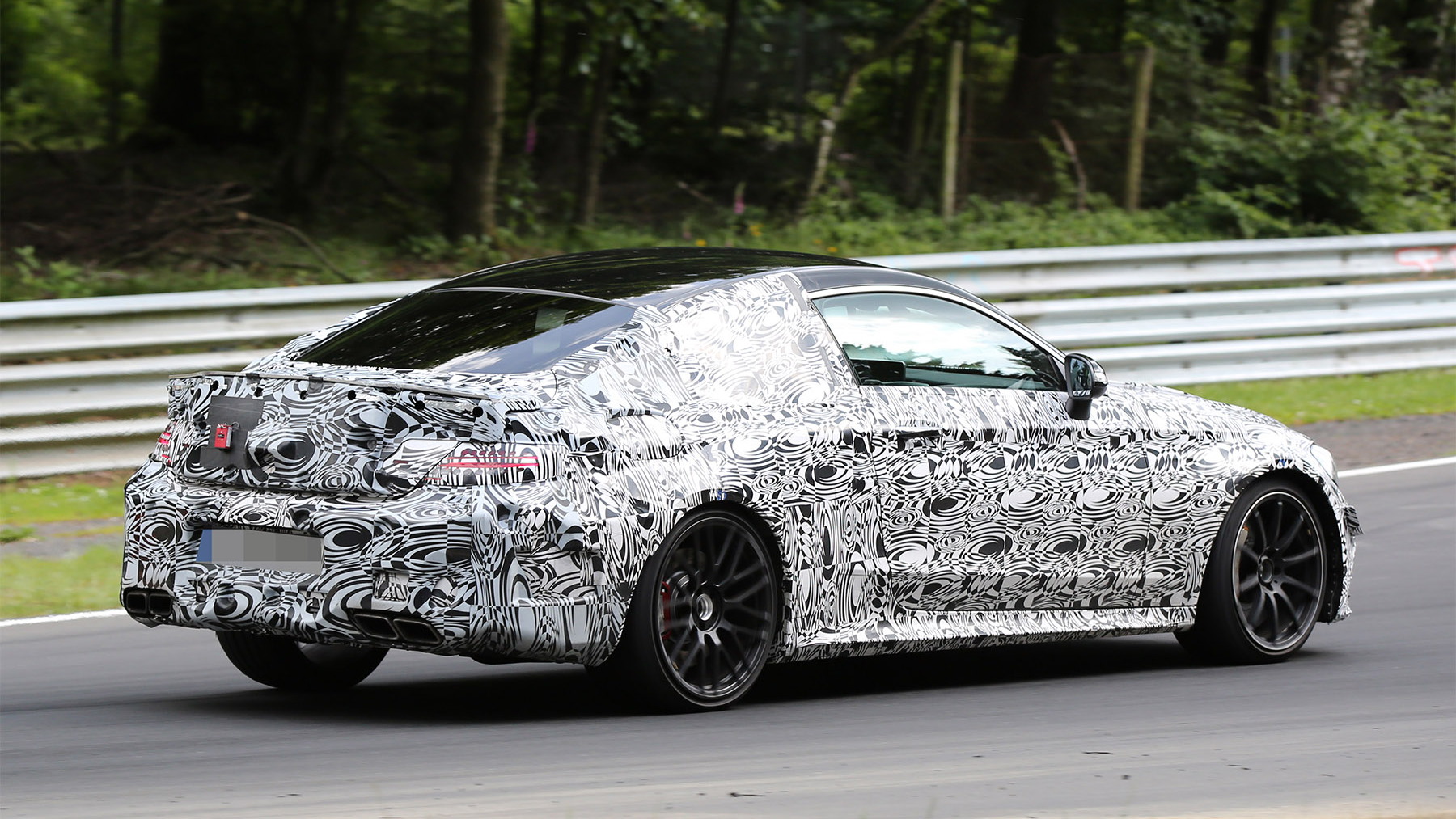 Mercedes-AMG’s rival to the likes of the BMW M4, Cadillac ATS-V Coupe and Lexus RC F has been spotted at the Nürburgring and on some of the German circuit's surrounding roads. The car we’re talking about is the new C63 Coupe, the high-performance version of the next-generation C-Class Coupe, which is also doing the rounds as a prototype at present.

Both the regular coupe as well as this high-performance variant are expected to debut on the world stage at the 2015 Frankfurt Auto Show in September, and right now we’re expecting the cars in showrooms by spring of next year, as 2017 models. Further down the track we can also look forward to a new C-Class Cabriolet, and it’s possible this one may also come in Mercedes-AMG flavor.

The new C63 Coupe will be mechanically similar to the C63 sedan, though the C-Class-based two-door cars benefit from a wider track as confirmed in the spy shots. The drivetrain will be identical, however, which means a twin-turbocharged 4.0-liter V-8 paired with a seven-speed automatic transmission, with drive going to the rear wheels via a limited-slip differential.

Peak output should remain capped at 469 horsepower and 479 pound-feet of torque for C63 trim and 503 hp and 516 lb-ft for C63 S trim. This should be enough for 0-60 mph acceleration in under 4.0 seconds for both, and once again top speed will be electronically limited to 155 mph.

Some of the visual clues that reveal this is the Mercedes-AMG version of the new C-Class Coupe include the lower ride height compared to prototypes for the regular model. We also see larger intakes up front, uprated brakes, and Mercedes-AMG’s signature square-shaped quad-exhaust tips.

Inside, you’ll find all the typical Mercedes-AMG elements including the Dynamic Select system that allows the driver to adjust a number of the dynamic vehicle settings such as suspension stiffness, throttle response and transmission programming. As for pricing, expect a premium on the $64,825 and $72,825 respective starting prices for the C63 and C63 S sedans.

Below is a video of a C63 Coupe prototype from YouTube channel cvdzijden. Mercedes-AMG has also released its own teaser shots revealing part of the car.