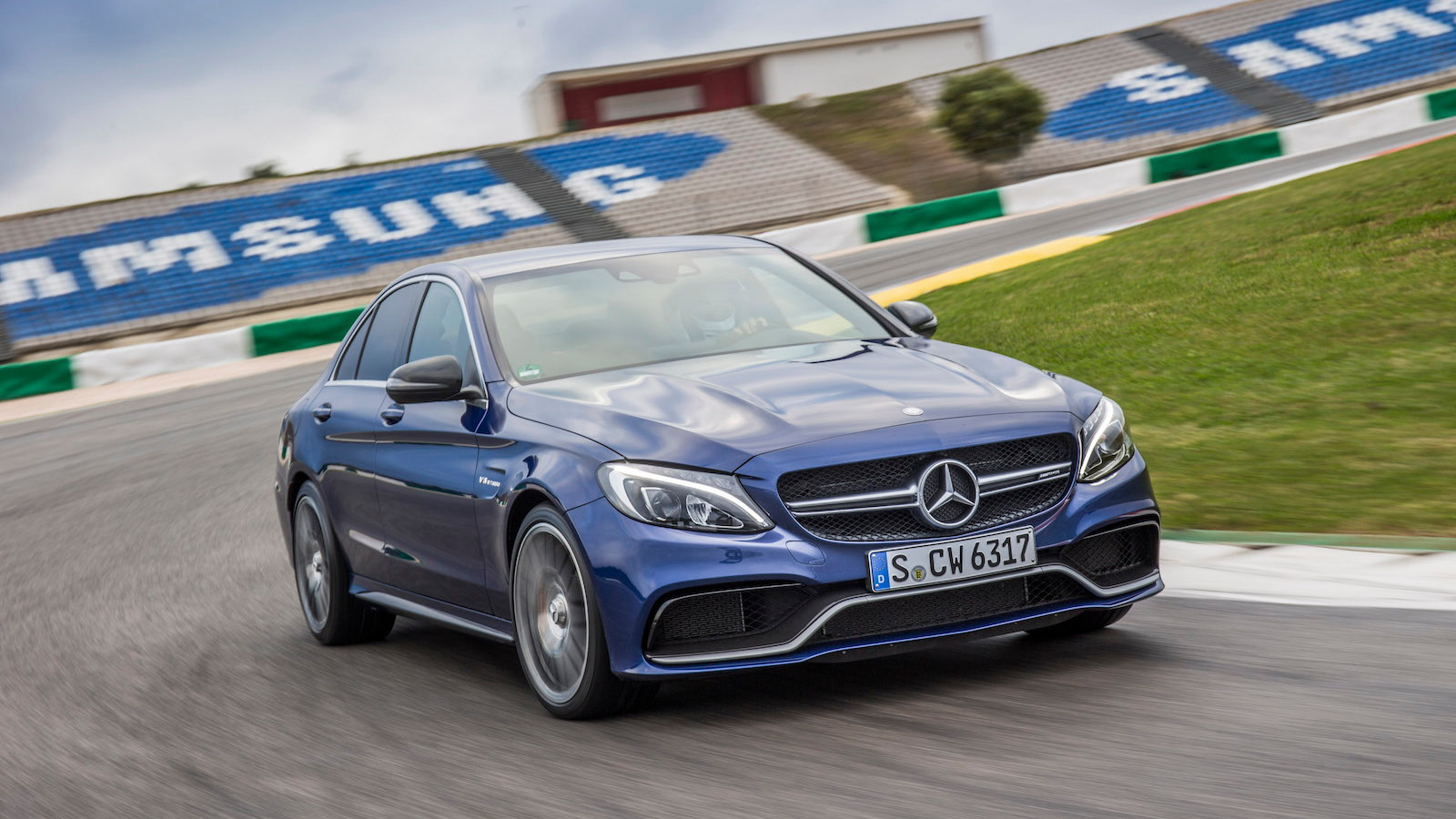 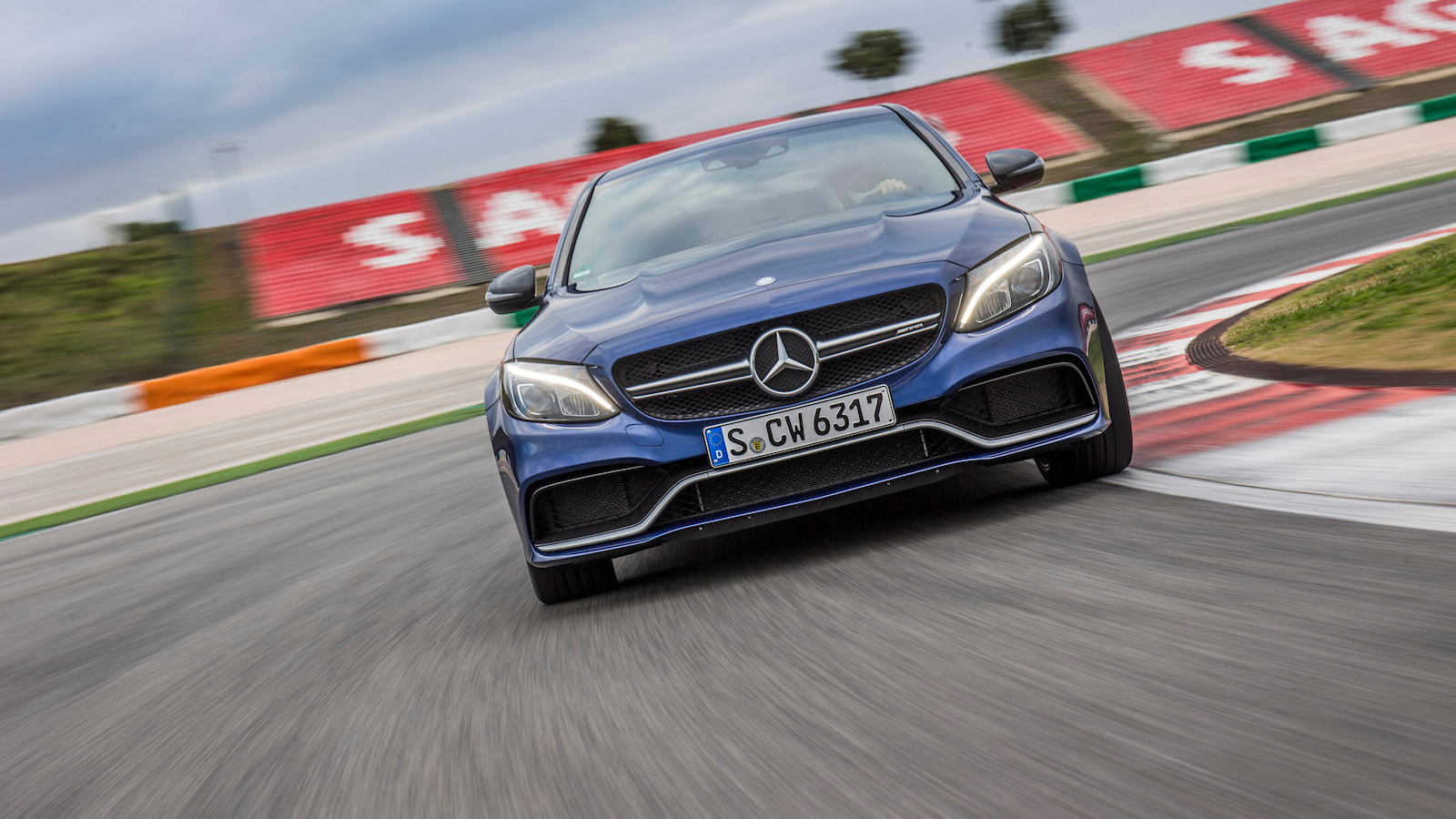 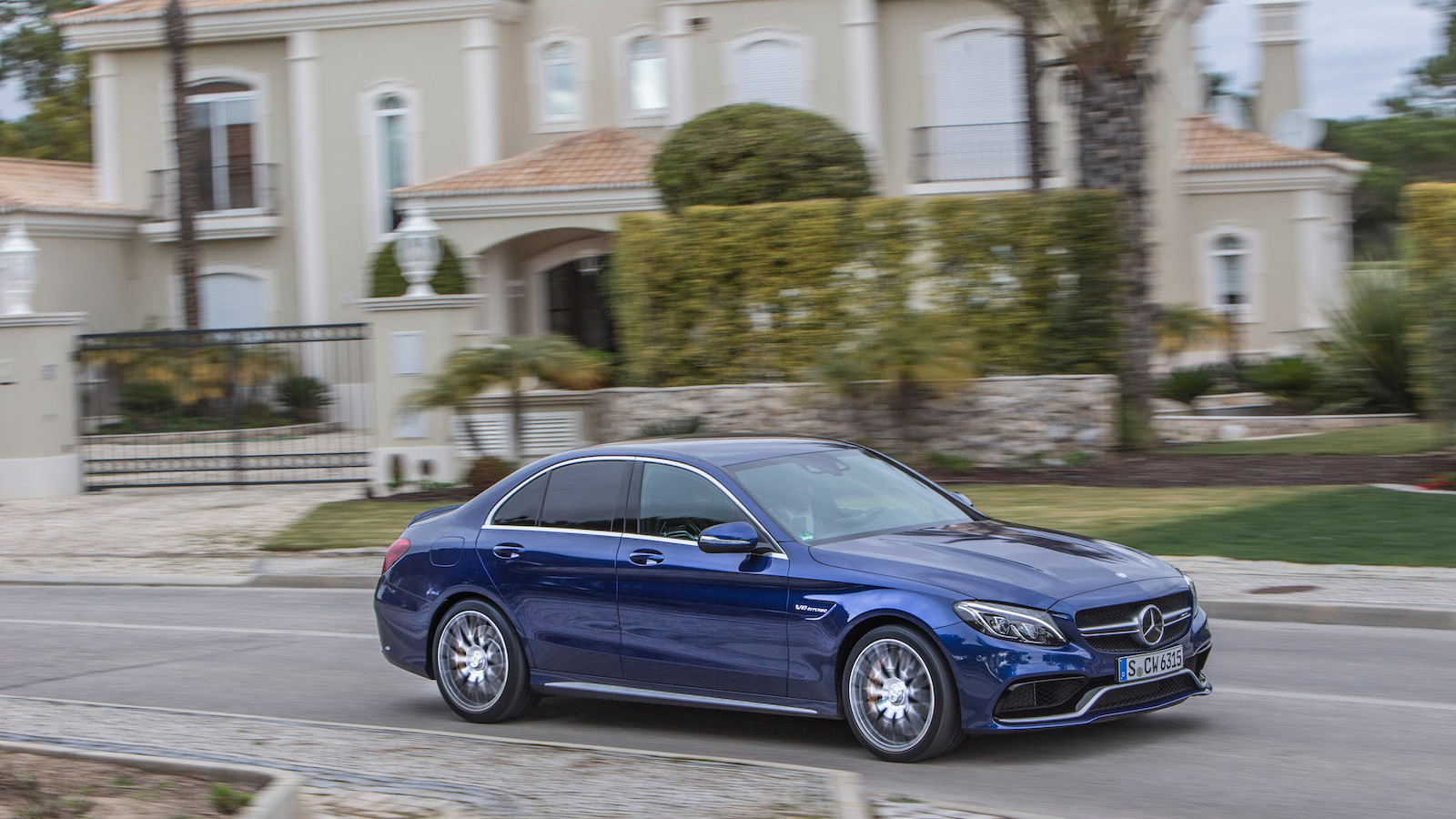 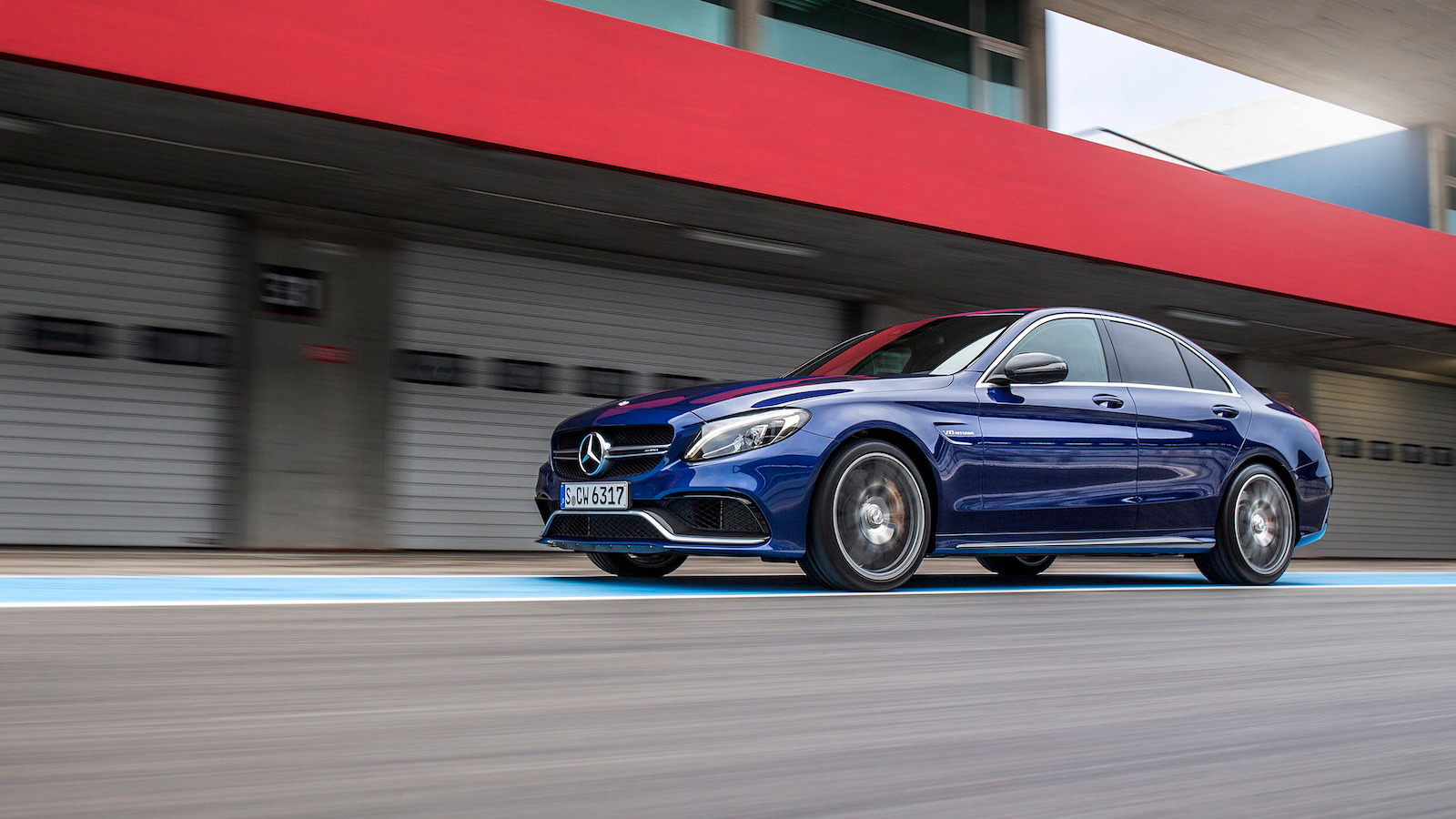 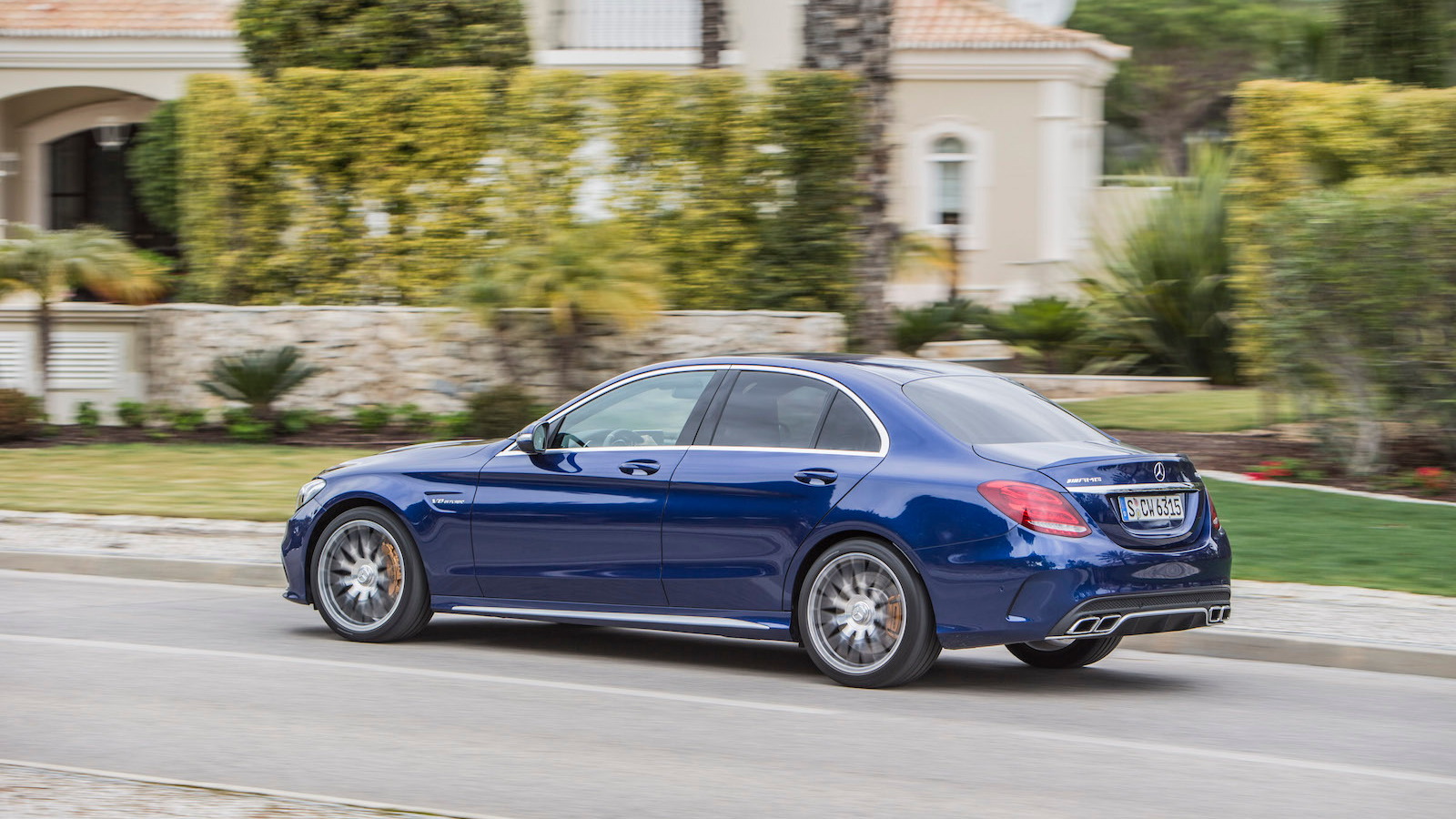 Mercedes-AMG’s brilliant C63 is ready for its market debut and today we learned that the sledgehammer of a sedan will retail for just $64,825, including a $925 destination charge. That’s not a bad deal considering you’re getting a lightweight, rear-wheel-drive platform in which is nestled a powertrain consisting of a twin-turbocharged 4.0-liter V-8 and seven-speed dual-clutch transmission. Peak output of the system is 469 horsepower and 479 pound-feet of torque.

The best part is that many of the top items are still made standard on the less expensive C63. For example, Mercedes-AMG lists a premium Burmester sound system, limited-slip differential, heated seats, active exhaust and adaptive suspension all as standard. If you do opt for the C63 S, you also get LED headlights, dynamic engine mounts, Nappa leather, and red brake calipers. C63 models also come with 18-inch wheels as standard while the C63 S gets 19 inchers. You’ll also find some electronic driver aids such as Collisions Prevention Assist Plus (with autonomous braking in emergency situations) and the ATTENTION ASSIST driver drowsiness monitor standard on both.

Among the many options are a panoramic sunroof, carbon fiber trim (for the exterior and cabin), forged alloys, seat belts in red or silver, carbon ceramic brakes (C63 S only), a head-up display, performance seats, and a performance steering wheel.

Sales of the 2015 Mercedes-AMG C63 ranges start next month. Before you run out to book your own test drive, be sure to read our first drive report on the car.