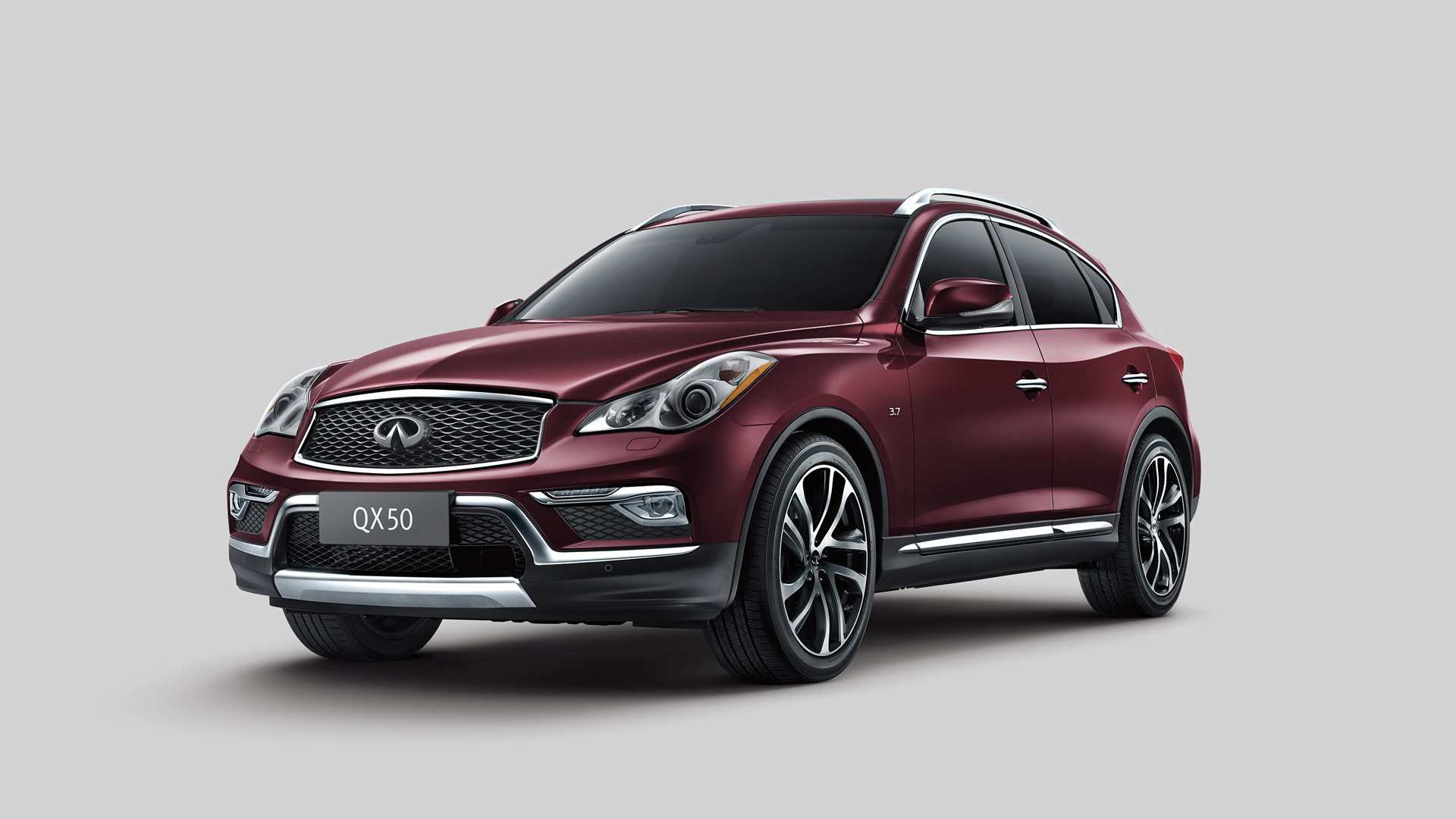 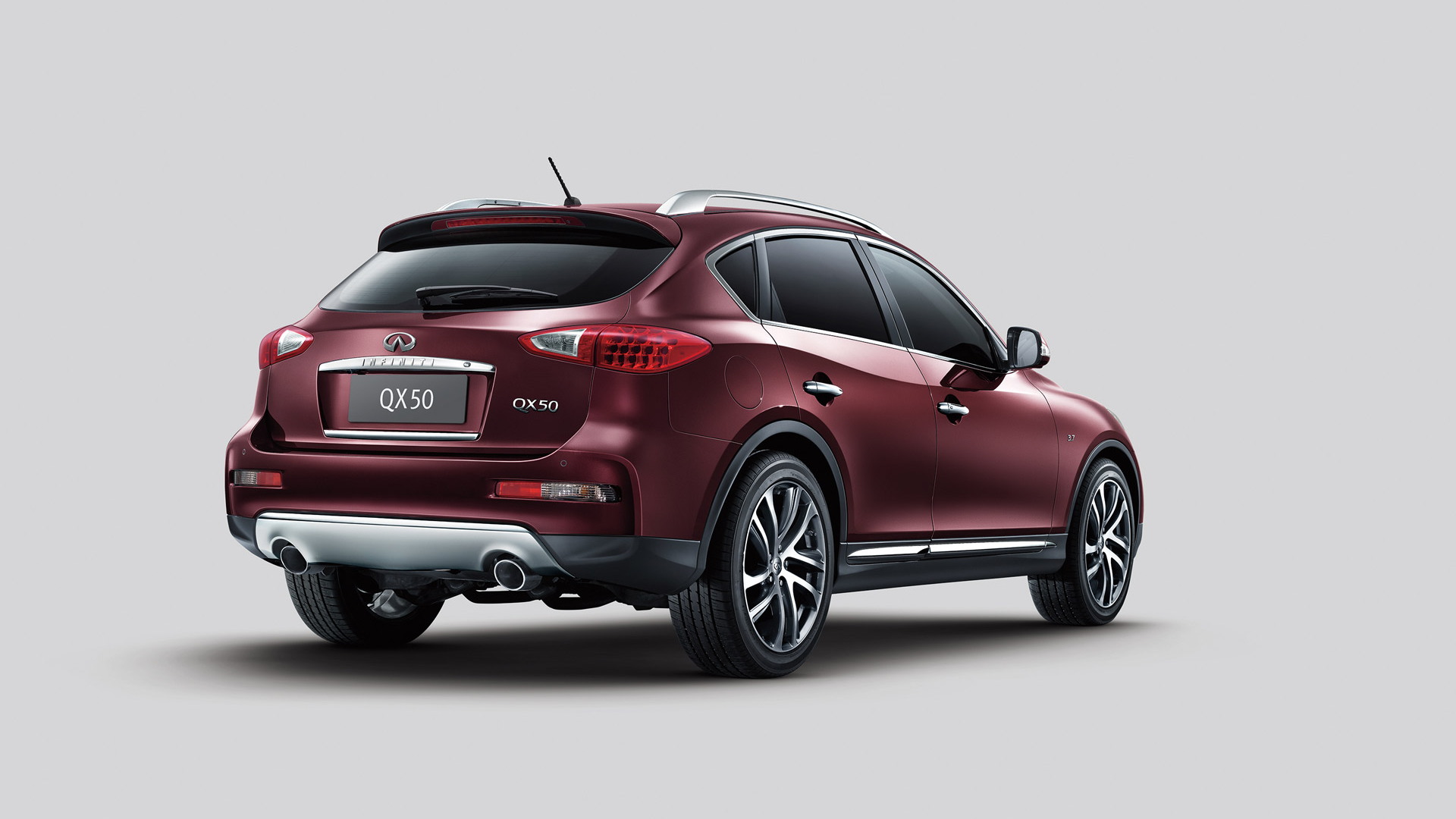 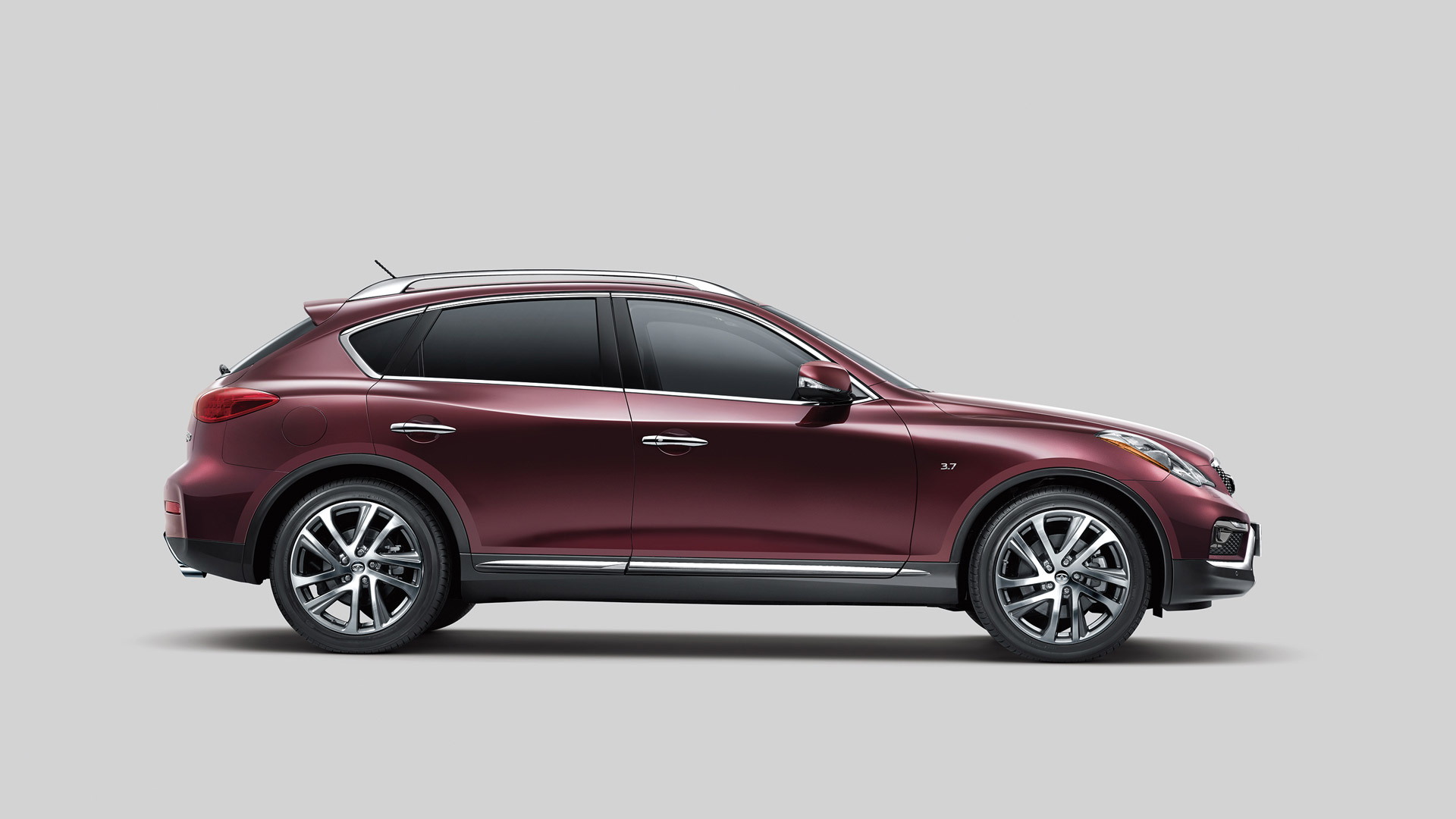 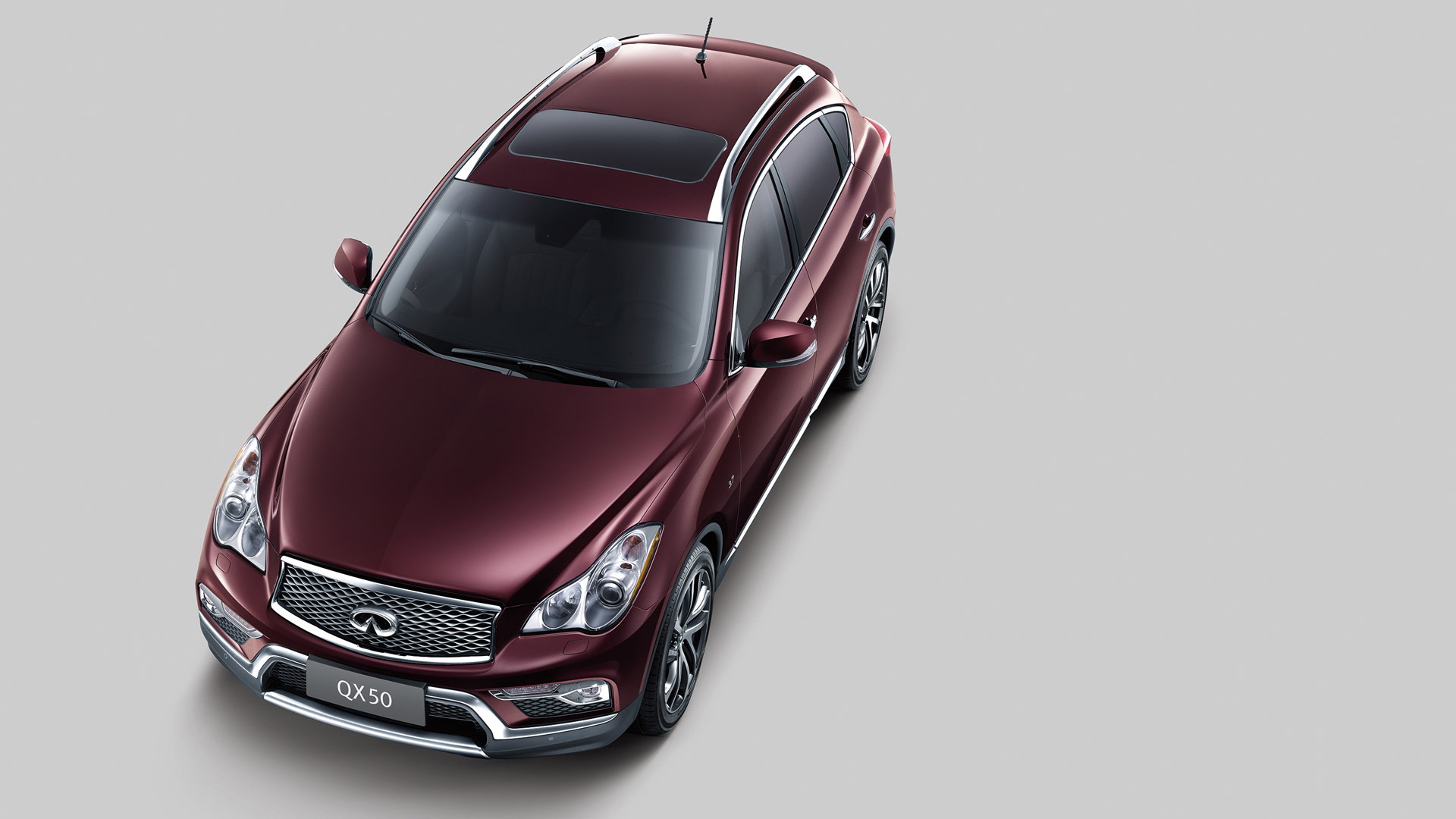 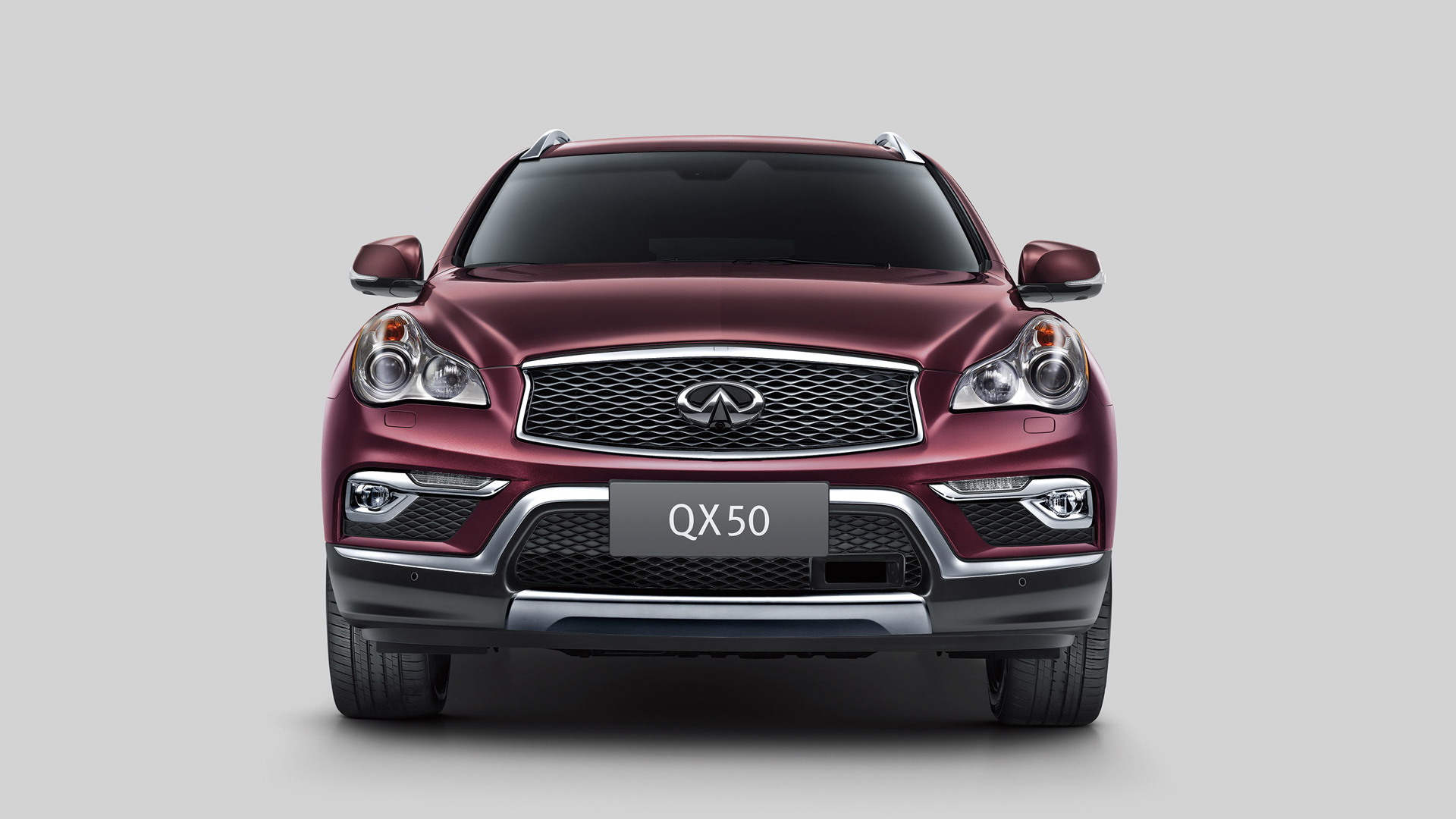 10
photos
Infiniti’s QX50 dates back to the EX35 launched in 2007. The vehicle is long overdue for replacement but we’ll have to wait a little while longer for any successor as Infiniti has some updates planned for the 2016 model year. The updated 2016 QX50 is on show this week at the 2015 New York Auto Show and will go on sale this fall.

The biggest update is a stretched wheelbase that’s common to the long-wheelbase QX50 launched in China late last year. An extra 3.2 inches have been added between the wheels, resulting in extra space in the cabin, mostly for rear-seat passengers. Infiniti quotes 4.3 inches of additional rear seat legroom and 3.9 inches of additional rear knee room versus the previous model, as well as 8.3 cubic feet of increased total interior volume.

In addition to the stretched wheelbase, there have been a few tweaks made to the exterior to match other recent Infinitis, such as new bumpers, side mirrors, side sills and grille. The color palette has also been expanded with a new hue dubbed “Hagane Blue”.

Infiniti has also simplified the lineup, with the 2016 QX50 offered in just two models now: the rear-wheel-drive QX50 and all-wheel-drive QX50 AWD. Optional equipment packages have also been revised for 2016, with a new Premium Plus Package added to the previously available Premium, Deluxe Touring and Technology packages. The sole engine remains a 3.7-liter V-6 with 325 horsepower and 267 pound-feet of torque, and the only transmission is a seven-speed automatic.

As mentioned above, sales of the 2016 Infiniti QX50 commence this fall. The starting price should remain close to the $35,995 sticker of the 2015 model.

Sharing the stage with the QX50 in New York is Infiniti’s recent QX30 concept, which is making its North American debut. To see what other cars are in the Big Apple, head to our dedicated show hub.