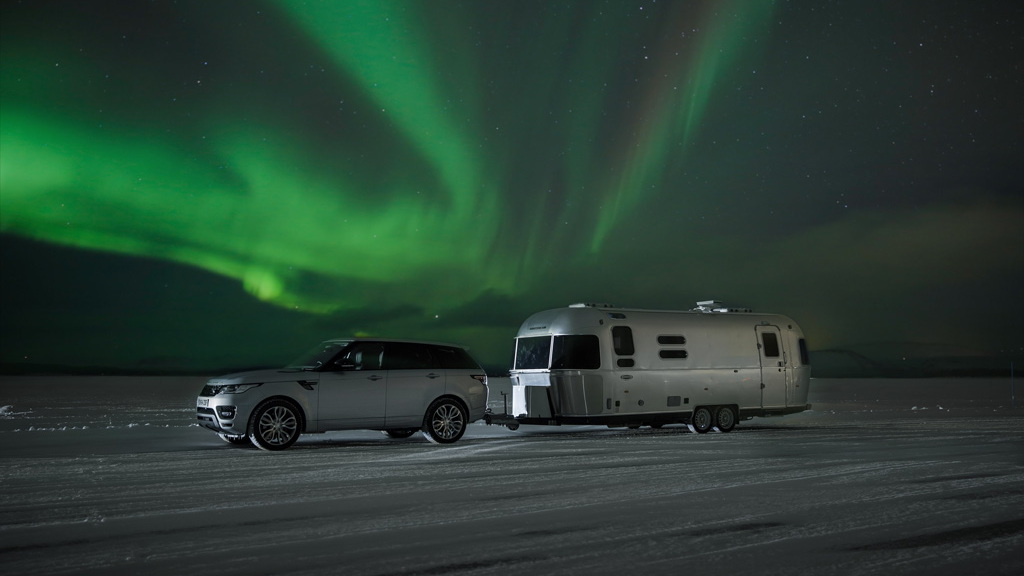 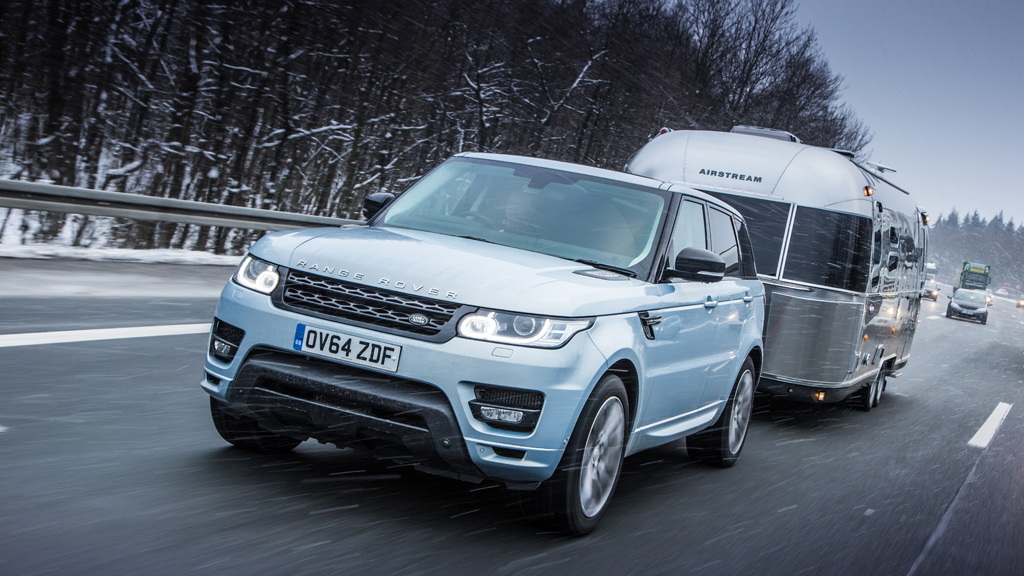 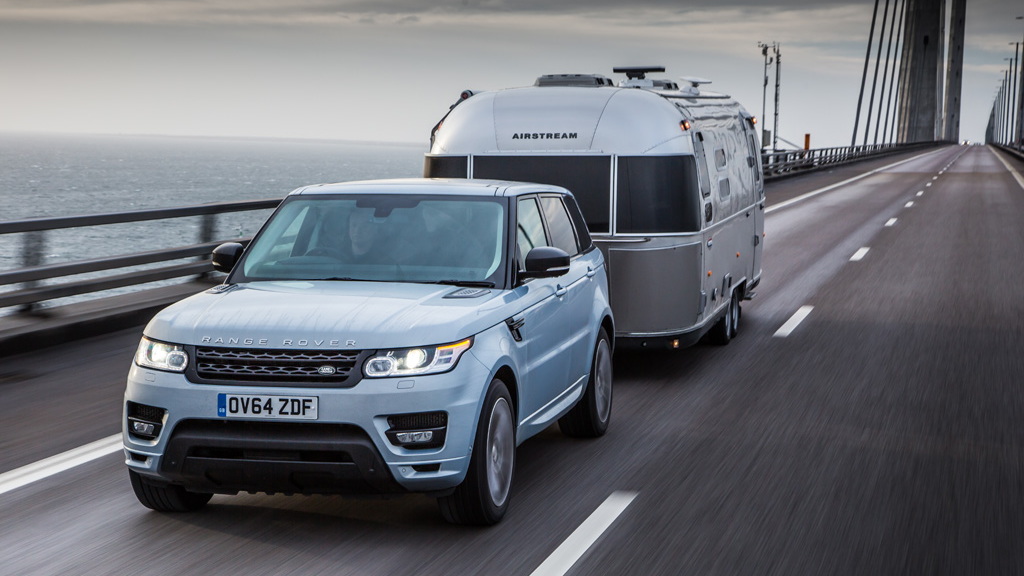 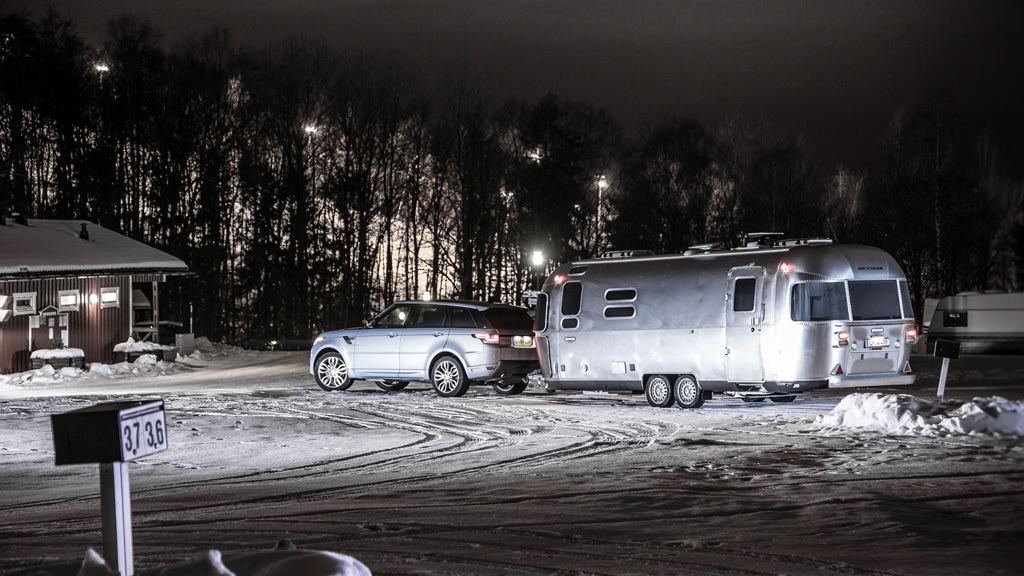 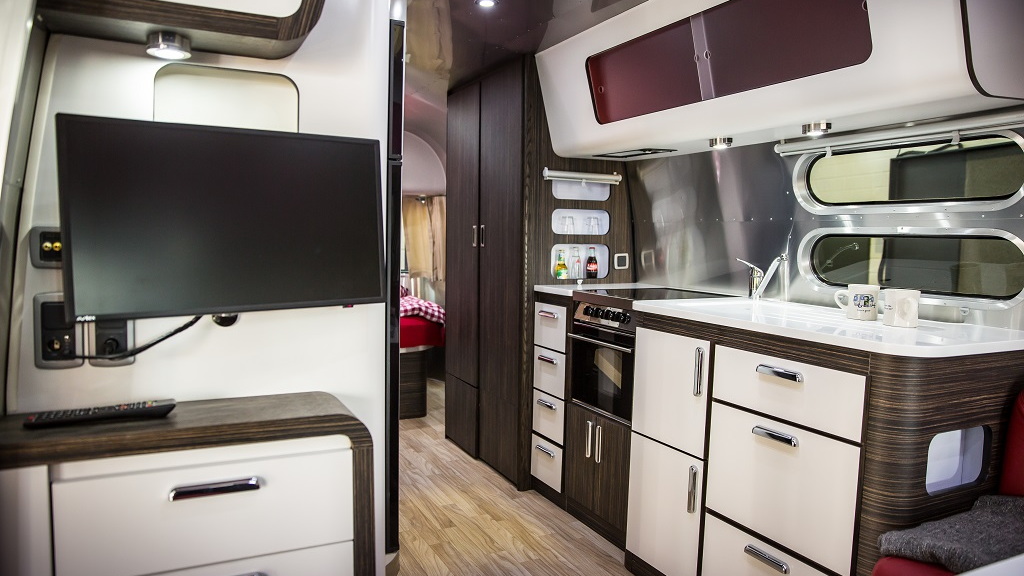 When considering the Arctic Circle, it's safe to say most people think reindeer, recluses and radar stations. And going camping there—at any time of year—probably doesn't come to mind as an activity that would be pleasant. Or even possible.

But in a recent demonstration of its new Range Rover Sport Hybrid's capabilities, engineers from Land Rover did just that. Team leader Ben Samuelson and his crew picked up a specially outfitted 5,500-pound Airstream 684 in Mengerskirchen, Germany, made a pit stop at the company's cold-weather testing base in Arjeplog, Sweden, and continued from there to the Earth's icy crown.

Whether these folks were volunteers, or whether this test was the result of disciplinary action isn't clear. You see, even in the best of years, this would have proved a difficult journey. But as the press release describes, this was far from the best of years:

"In a dramatic real world test of the vehicle's capability, the car was towing the 13.1-meter long rig through some of the worst winter weather Scandinavia has experienced in living memory. Gales, record snow depths and freak icy road conditions tested crew, car and trailer to the extreme."

Since many Americans are accustomed to Land Rovers conquering nothing more formidable than a Whole Foods parking lot—and perceive their reliability to be somewhere south of a plastic fork—the idea of the luxury SUVs towing anything is rather foreign. But overseas, the vehicles are a popular choice to pair with Airstream trailers, which feature interiors and amenities more befitting luxury yachts than anything which could conceivably be parked at a campground.

No word on whether the trailer's satellite TV will work in a blizzard.

Now certainly, the Sport Hybrid's more than 500 pound-feet of torque made sure the diesel hybrid had the twist necessary to move the Airstream along. But loads of credit should surely go to Land Rover's trick Trailer Stability Assist, which allowed the team to cross the five-mile long Øresund Bridge while it "was being lashed by the tail end of Hurricane Ole." Yikes.

So was this everyone's idea of a great road trip? Not by a long shot. But you have to admit it's an impressive feat—and the pictures are great. Sadly, the Range Rover Sport Hybrid as well as its Range Rover Hybrid sibling aren't offered here. Hopefully that will change soon.