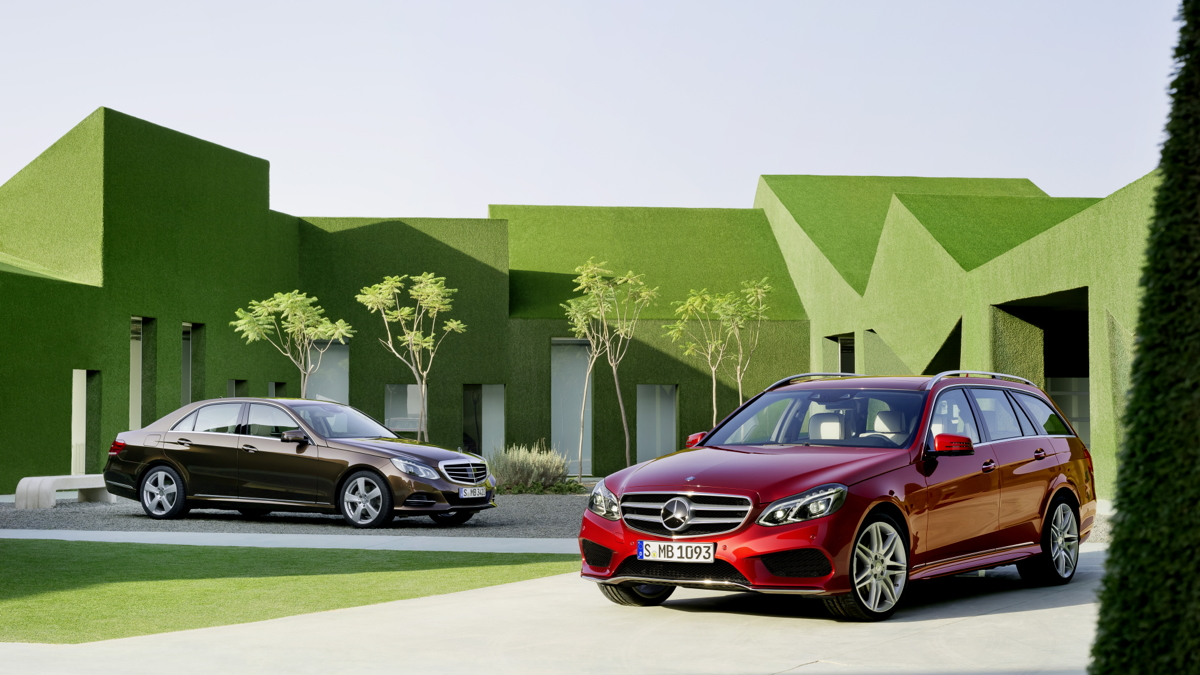 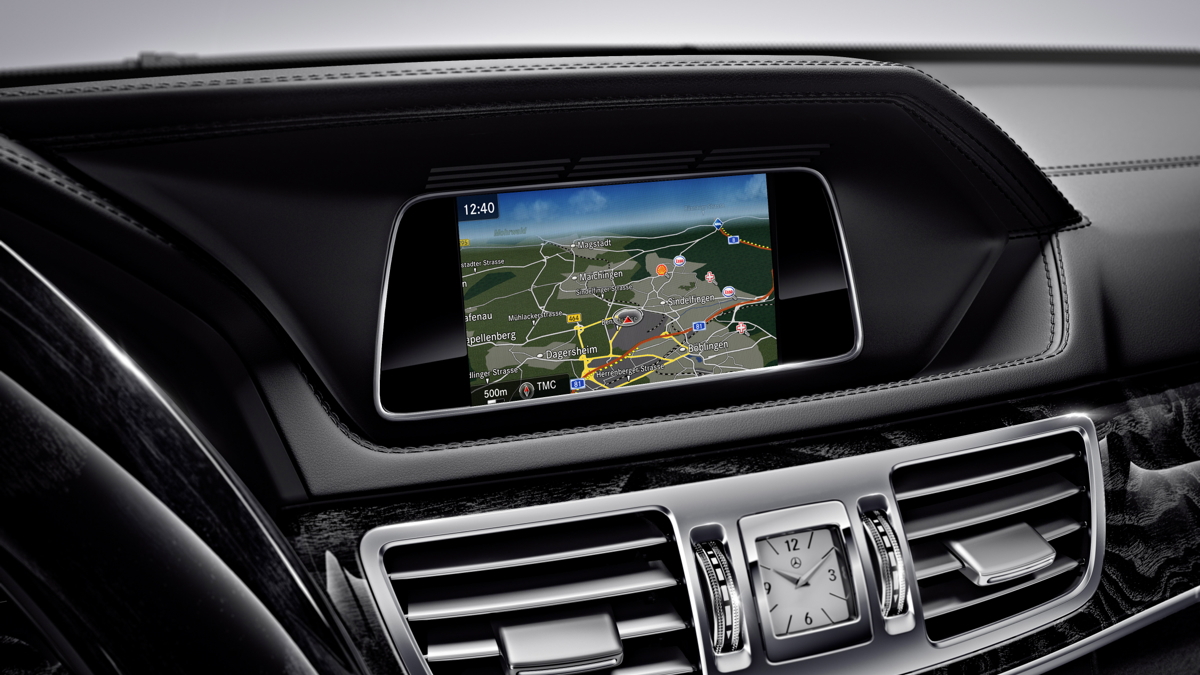 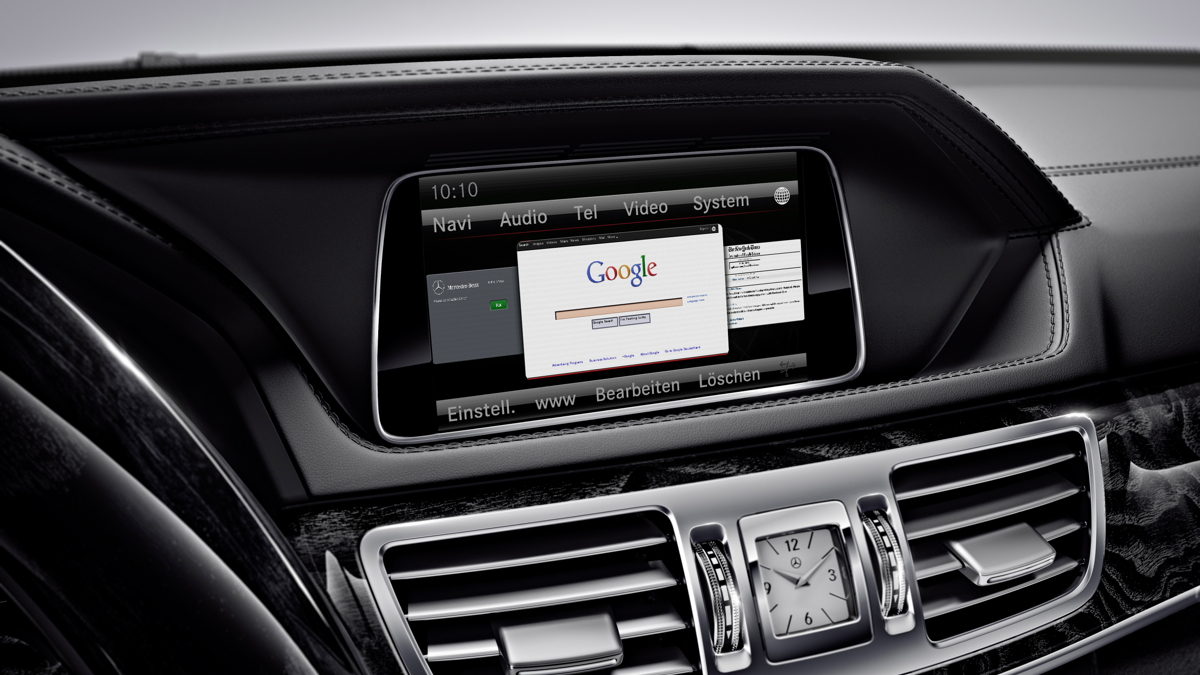 3
photos
For the 2015 model year, European versions of the Mercedes-Benz E-Class will get a new infotainment system and other tech features, which will likely arrive in the U.S. for the 2016 model year.

Mercedes is the latest carmaker to offer 4G LTE as an option, giving any smartphones or other devices in the car consistent Internet access.The company won't discuss which carrier it will use or the cost of data plans just yet.

The optional Comand Online system offers full Internet access while stationary, Mercedes says. While the car is in motion, functionality is limited to specific Mercedes-Benz Apps like "Mercedes-Benz Radio" and "Service Mercedes-Benz." Linguatronic voice control can be used for most infotainment functions, including "one shot" entry of complete addresses into the navigation system.

All E-Class models get a 7-inch display screen, and the base infotainment system can now be upgraded with Garmin-based navigation.

Mercedes is also offering its Live Traffic information service free for three years on the European E-Class. As the name states, it supplies live updates of traffic on a predesignated route, and can calculate arrival times based on this information.

Powertrain rumors include a modular inline-six engine and nine-speed automatic transmission, as well as a new E63 AMG performance variant with the 4.0-liter twin-turbocharged V-8 that debuted in the AMG GT.

Stay tuned for more updates on the newly-introduced tech features, and the redesigned 2017 E-Class.