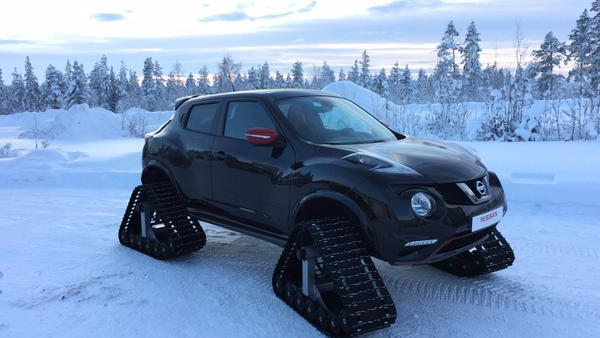 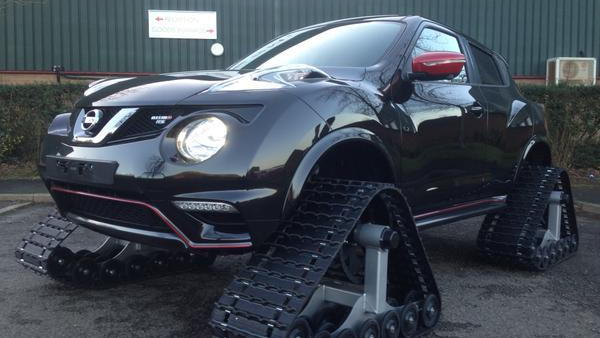 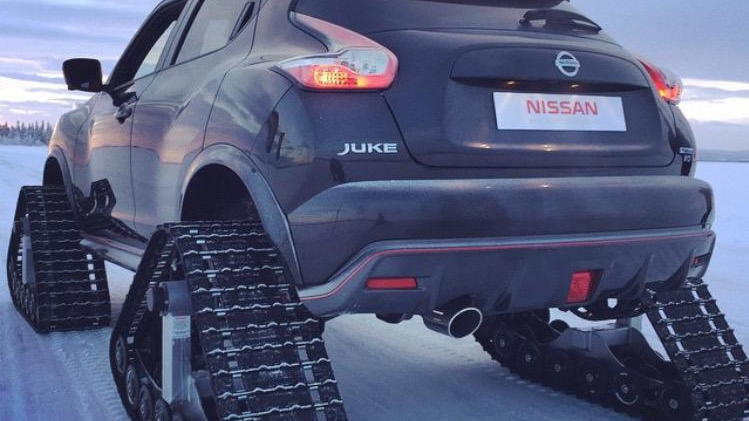 The GT-R-powered Nissan Juke R is one of the most hilariously modified vehicles in recent memory, but at this time of the year—with the Northeast still recovering from a major snowstorm—something with a little more traction may be needed. Enter the Juke RSnow. It's part Juke NISMO RS, part tank.

The RSnow is a mostly stock Juke NISMO RS equipped with all-wheel drive (naturally), Nissan's Xtronic CVT, and a set of tracks from American Track Truck. While it will definitely get farther in the snow than a wheeled Juke, top speed is limited to 62 mph.

Nissan told Autoblog that the RSnow was built as a support vehicle for an ice driving event in Finland. It's hard to think of a better vehicle for that job.

Turning the Juke into a snowpocalypse-worthy machine was fairly straightforward. The front and rear fascias were altered slightly to make room for the tracks, and the stock torque-vectoring all-wheel-drive system was recalibrated. Now it's really more of an "all-track-drive" system.

The conversion reportedly cost $15,000. If you're thinking of making one of your own, you'll also have to come up with $30,845 for a new Xtronic-equipped all-wheel-drive Juke NISMO RS.

Nissan released a short clip of the RSnow in action on Twitter with the tagline "To be continued...", so check it out and stay tuned for more updates.