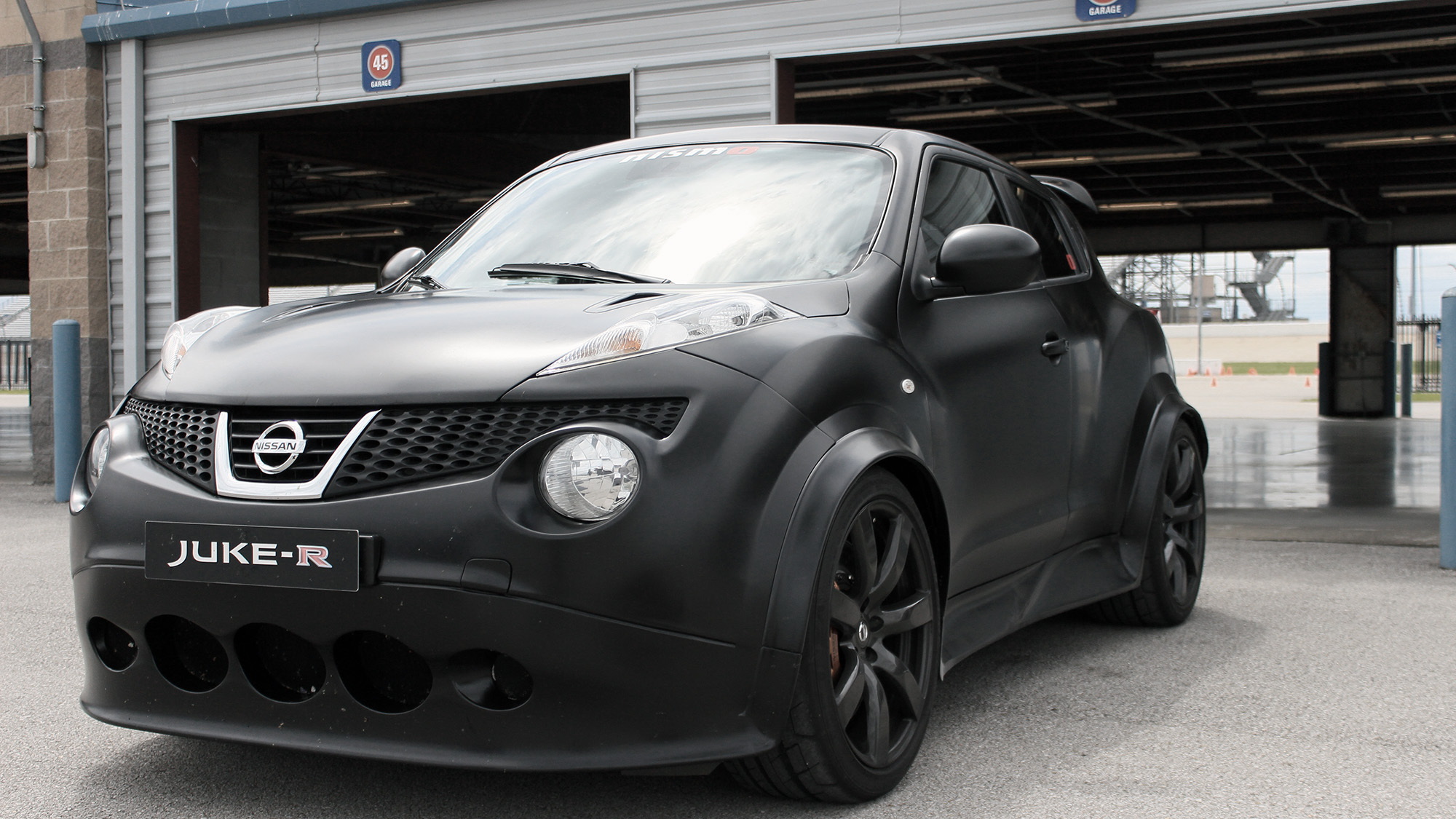 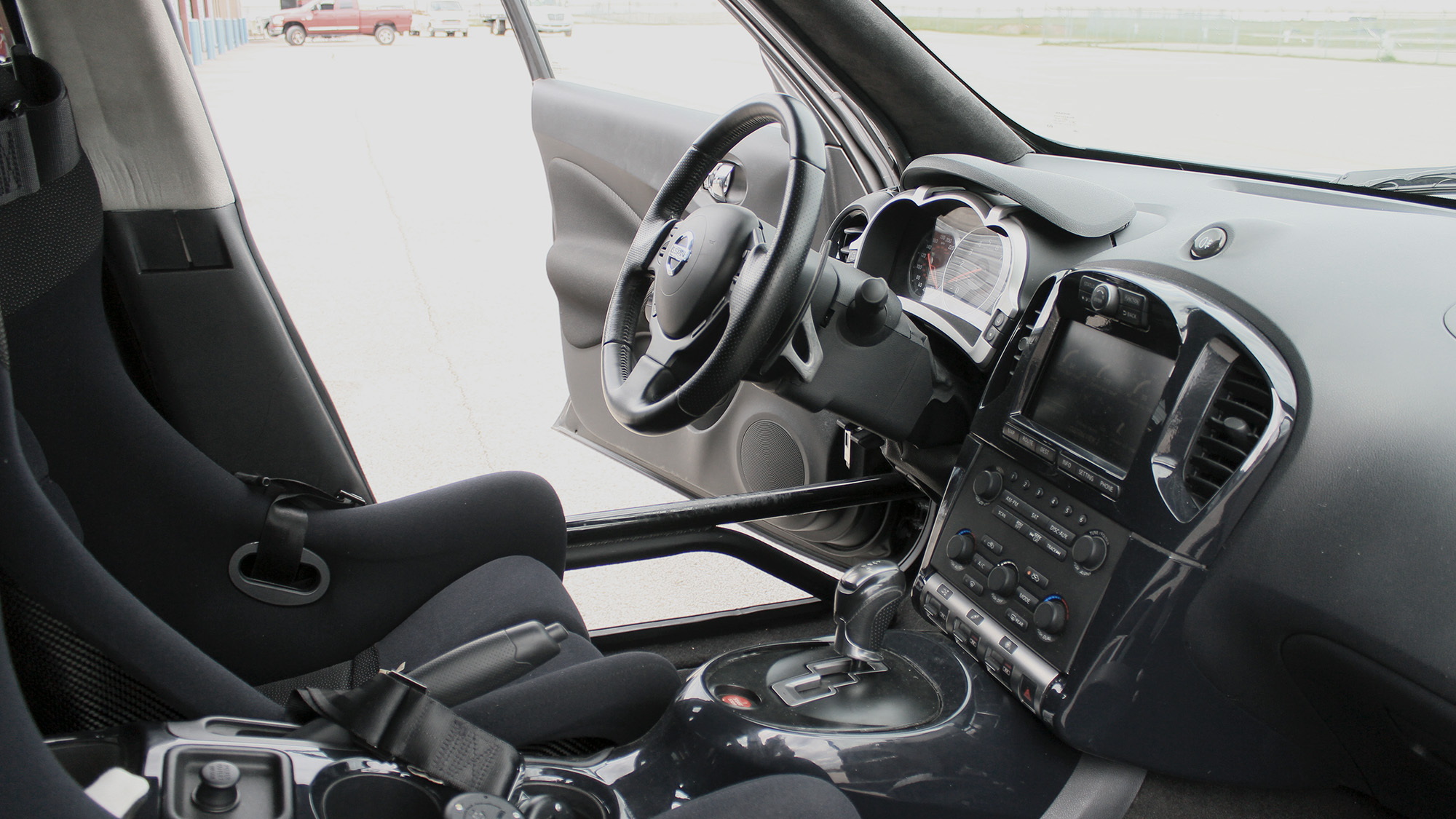 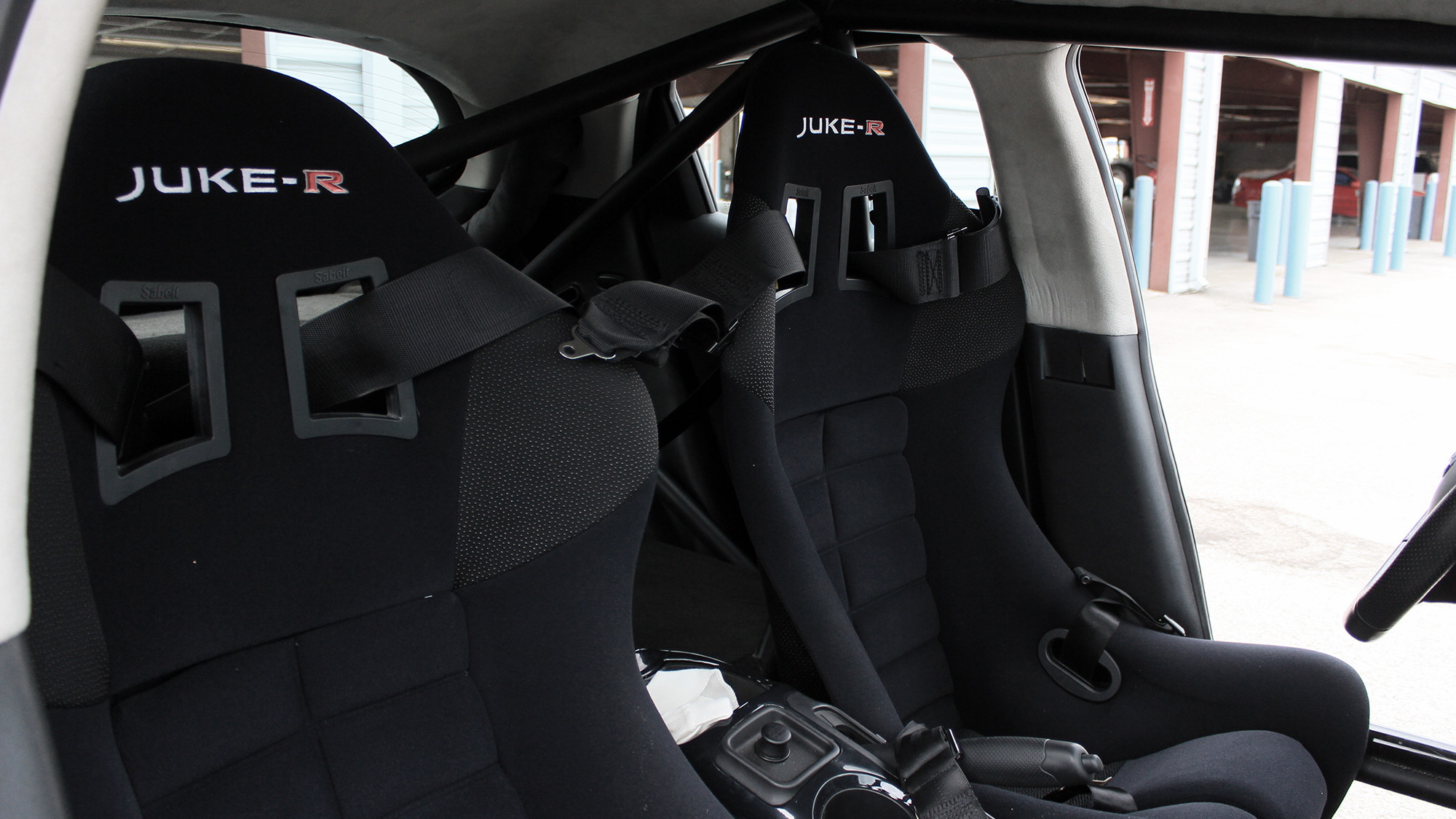 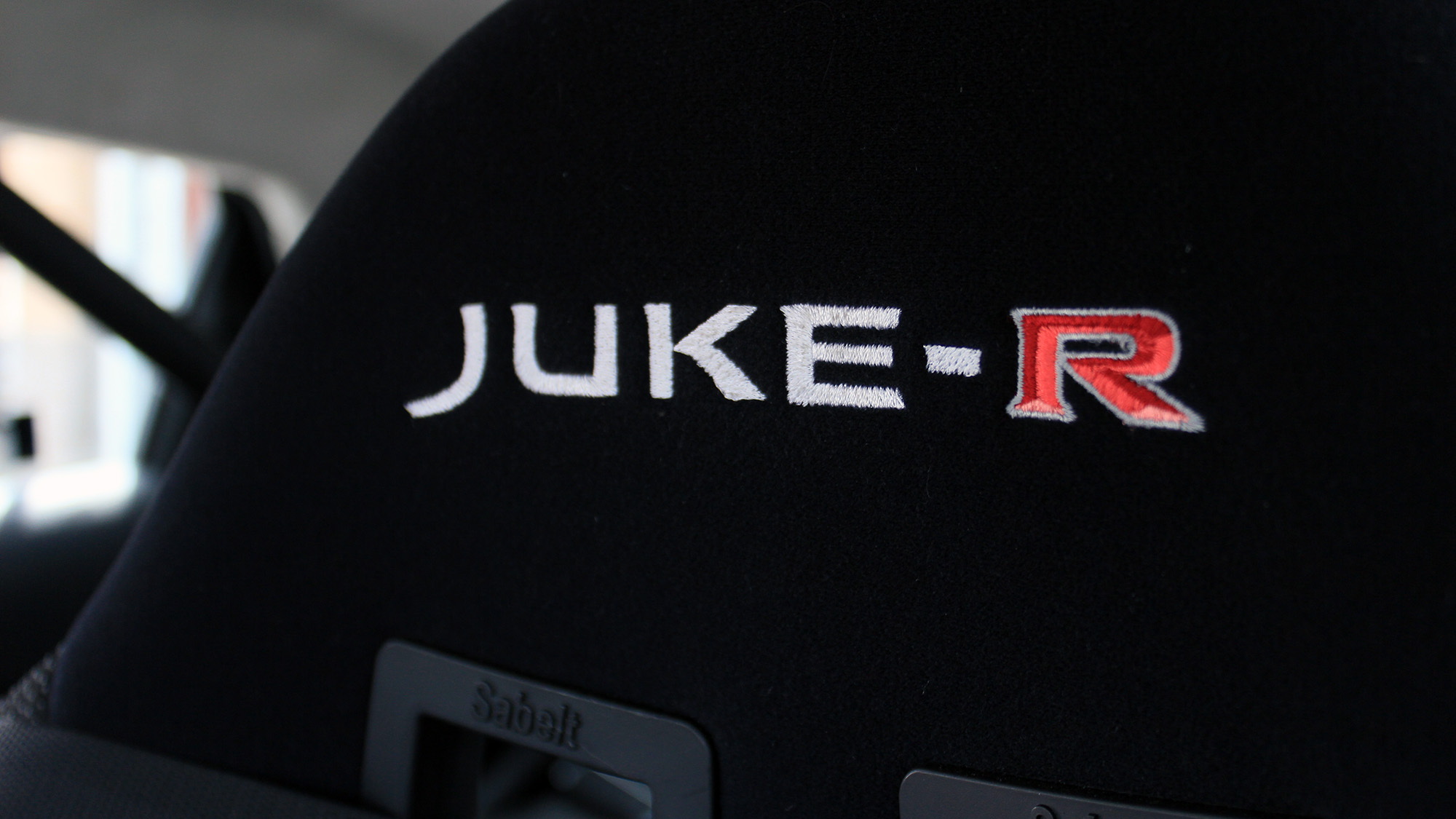 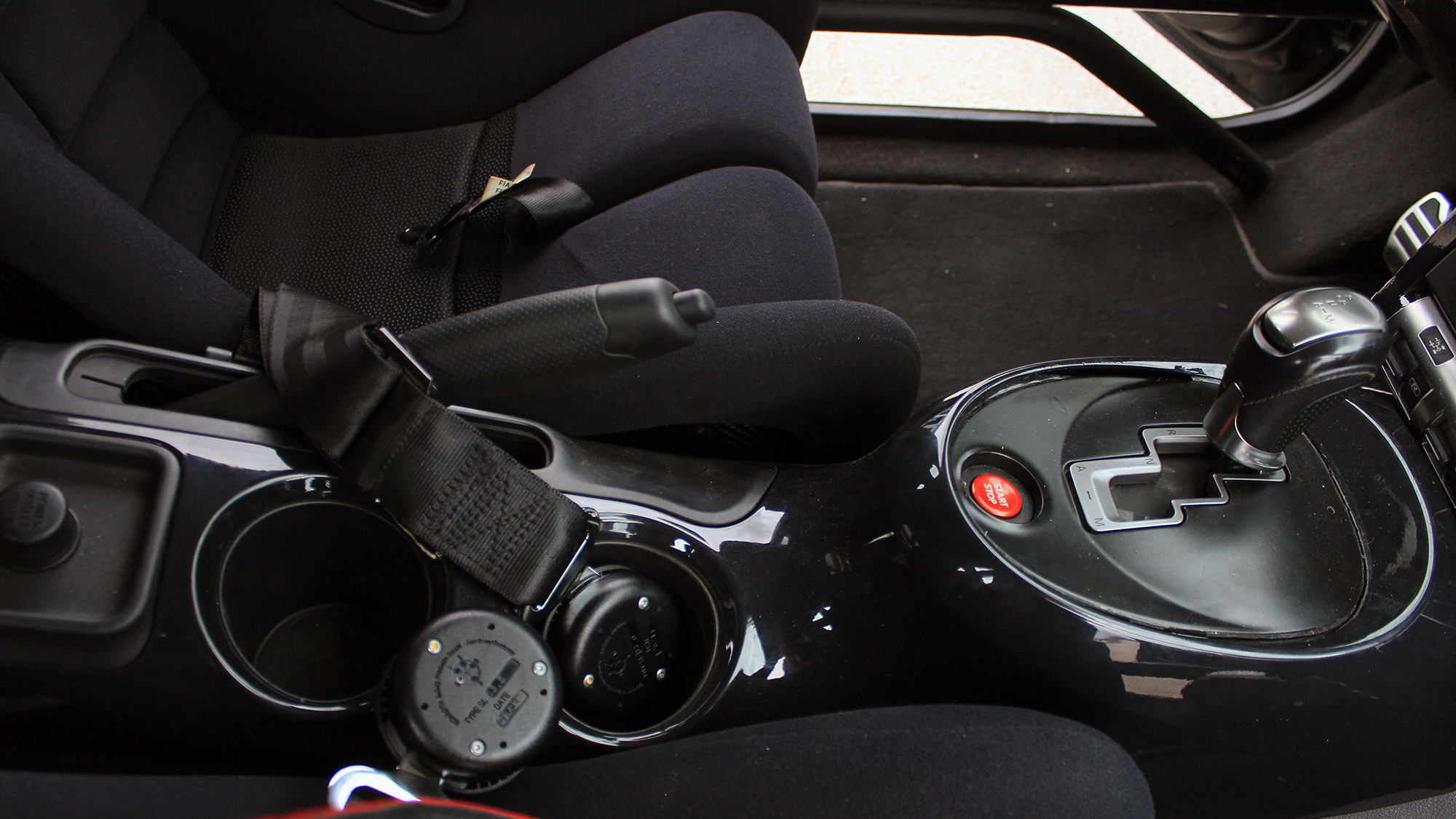 12
photos
The Nissan Juke-R started as an off-book project that was, at first, not a favorite of the home office. Once they saw what it could do, however, they came around. Now there are four of them in existence--two for Nissan/NISMO and two delivered to private customers.

The example we got to drive last week at the Nashville Superspeedway as part of a NISMO event (more to come...) was the original prototype.

A pair of Nissan UK handlers from the original build team were on hand to make sure nothing untoward happened to the 500,000€ (~$653,000) hand-built super crossover. One of them even rode shotgun with each journalist. He's a brave man.

Packing the GT-R's twin-turbo 3.8-liter V-6 engine and all-wheel drive running gear, capable of 0-60 mph sprints in 3.7-seconds, the potent Juke-R is, as you might expect, a ton of fun.

What you might not expect is how alive, direct, and nimble the Juke-R feels, despite weighing a tad more than the GT-R it's partially based on.

But enough of that. We'll let the lap speak for itself.

For our complete coverage on the Nissan Juke-R, click here.