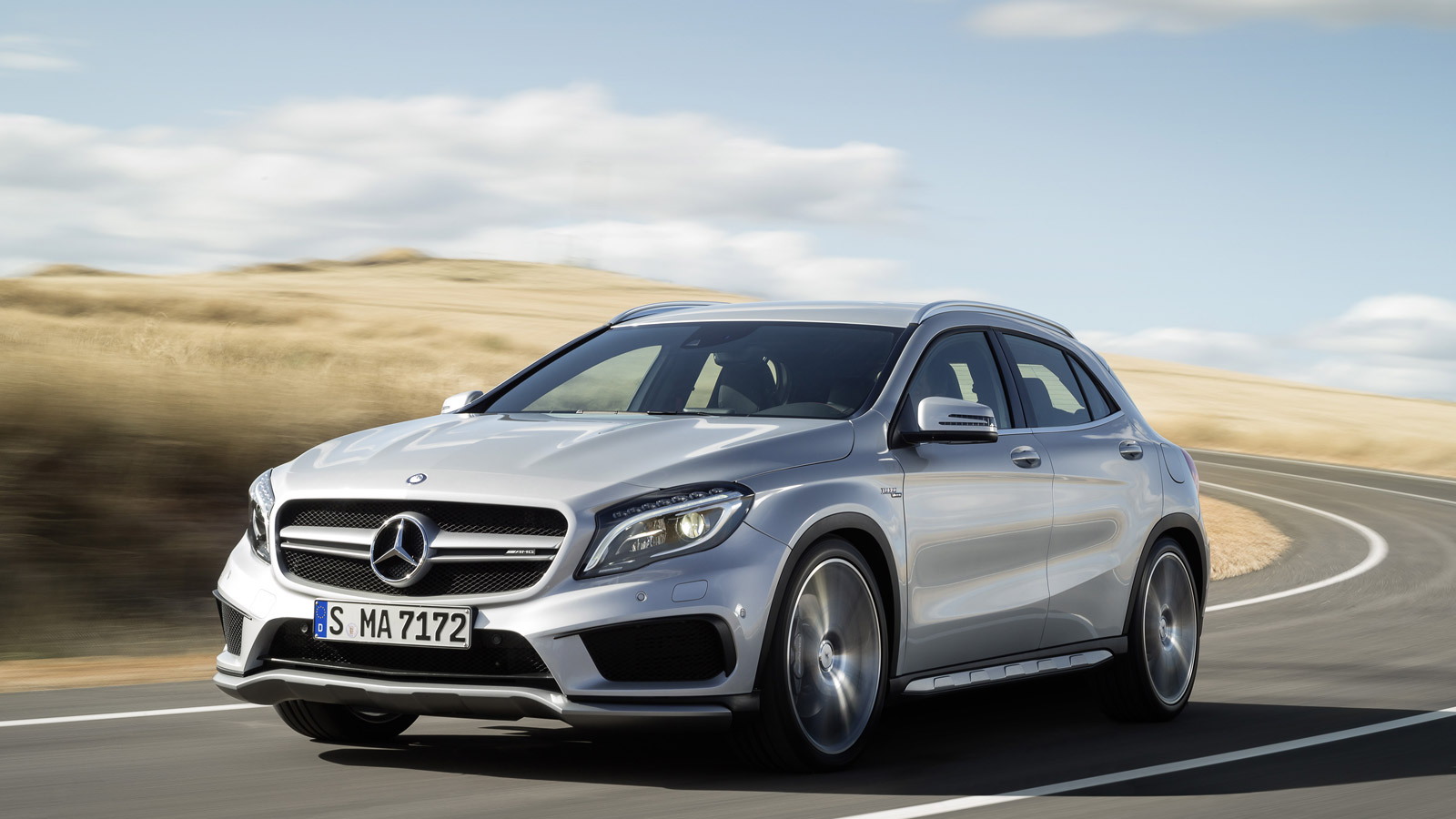 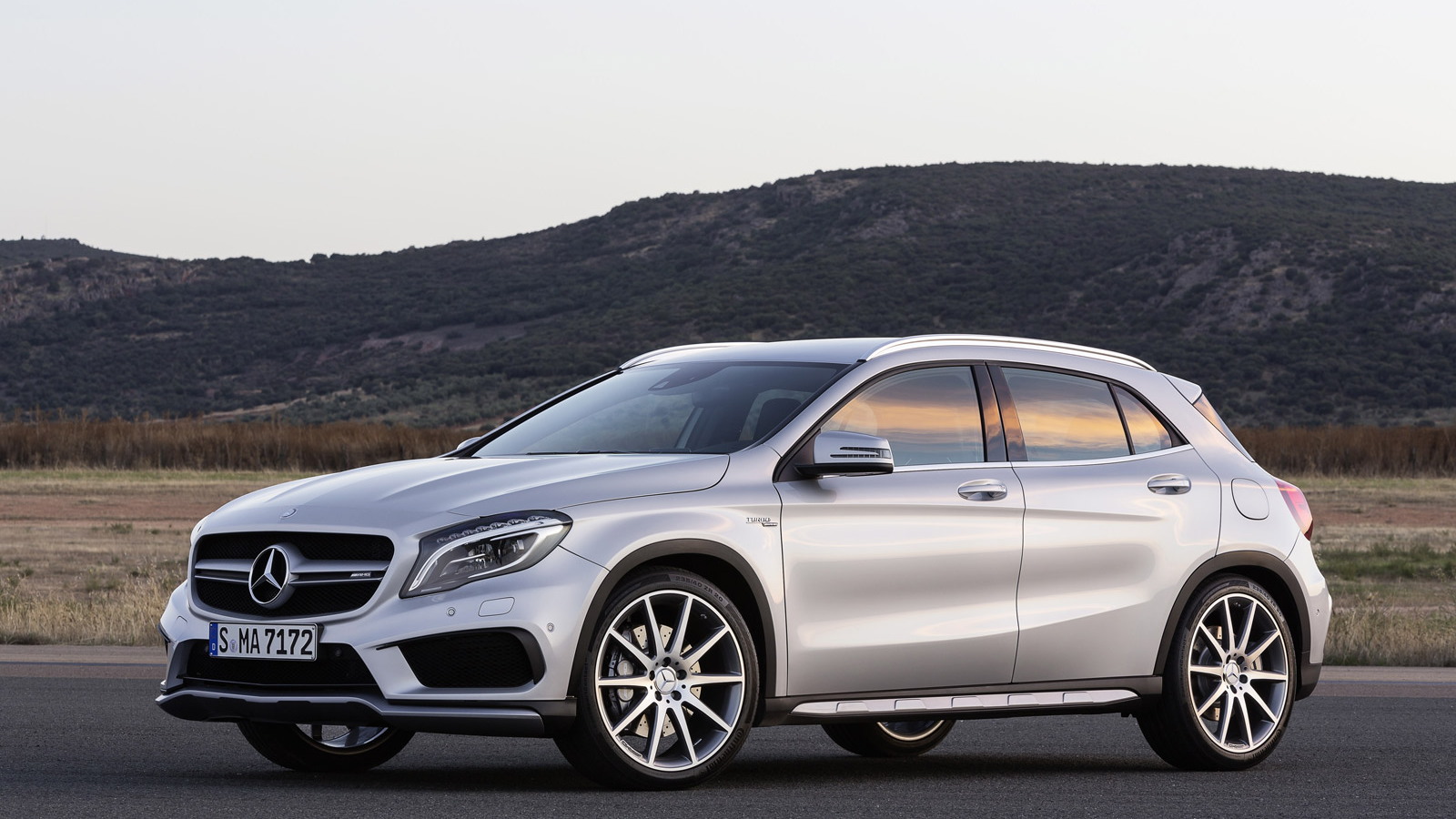 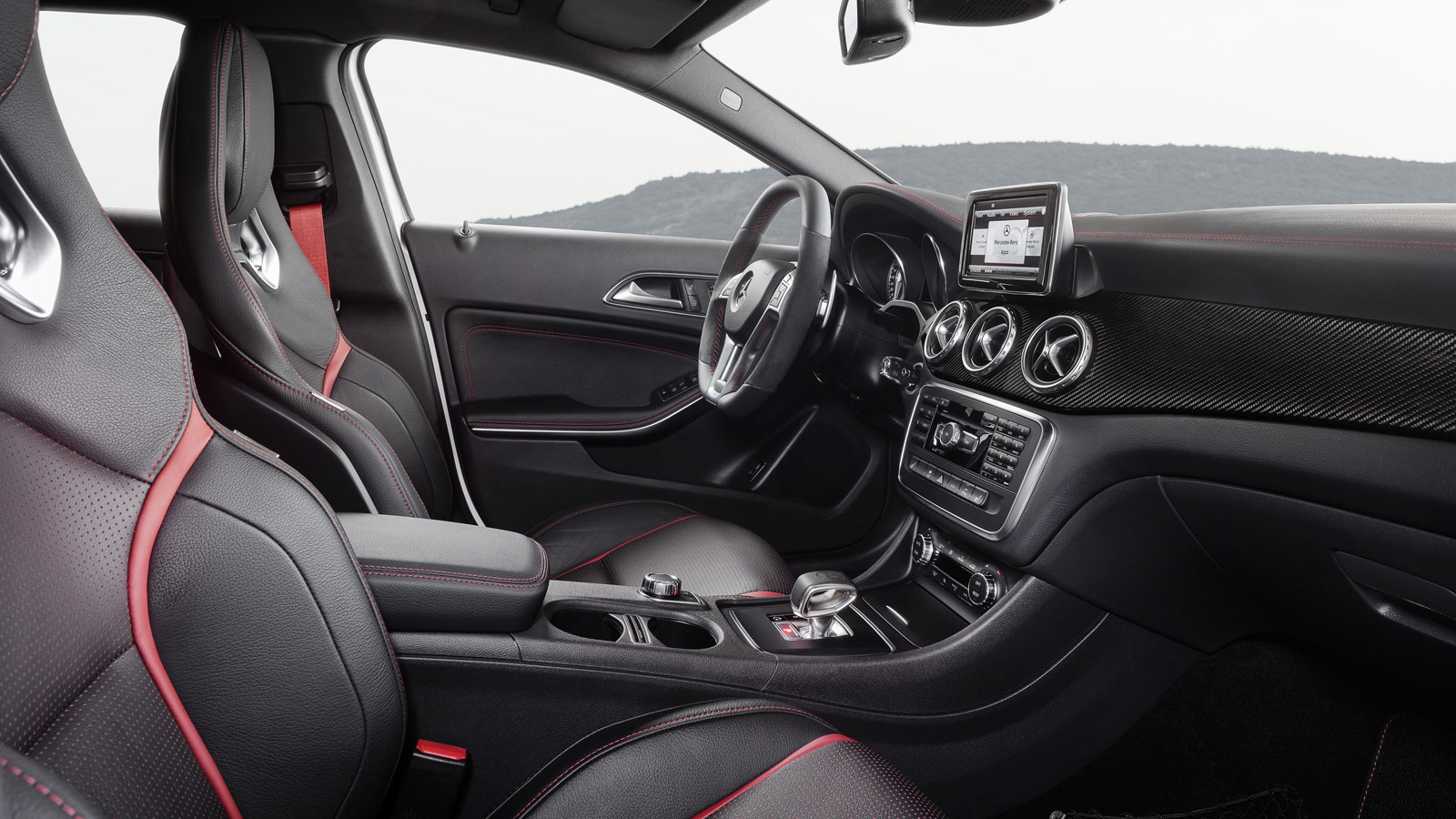 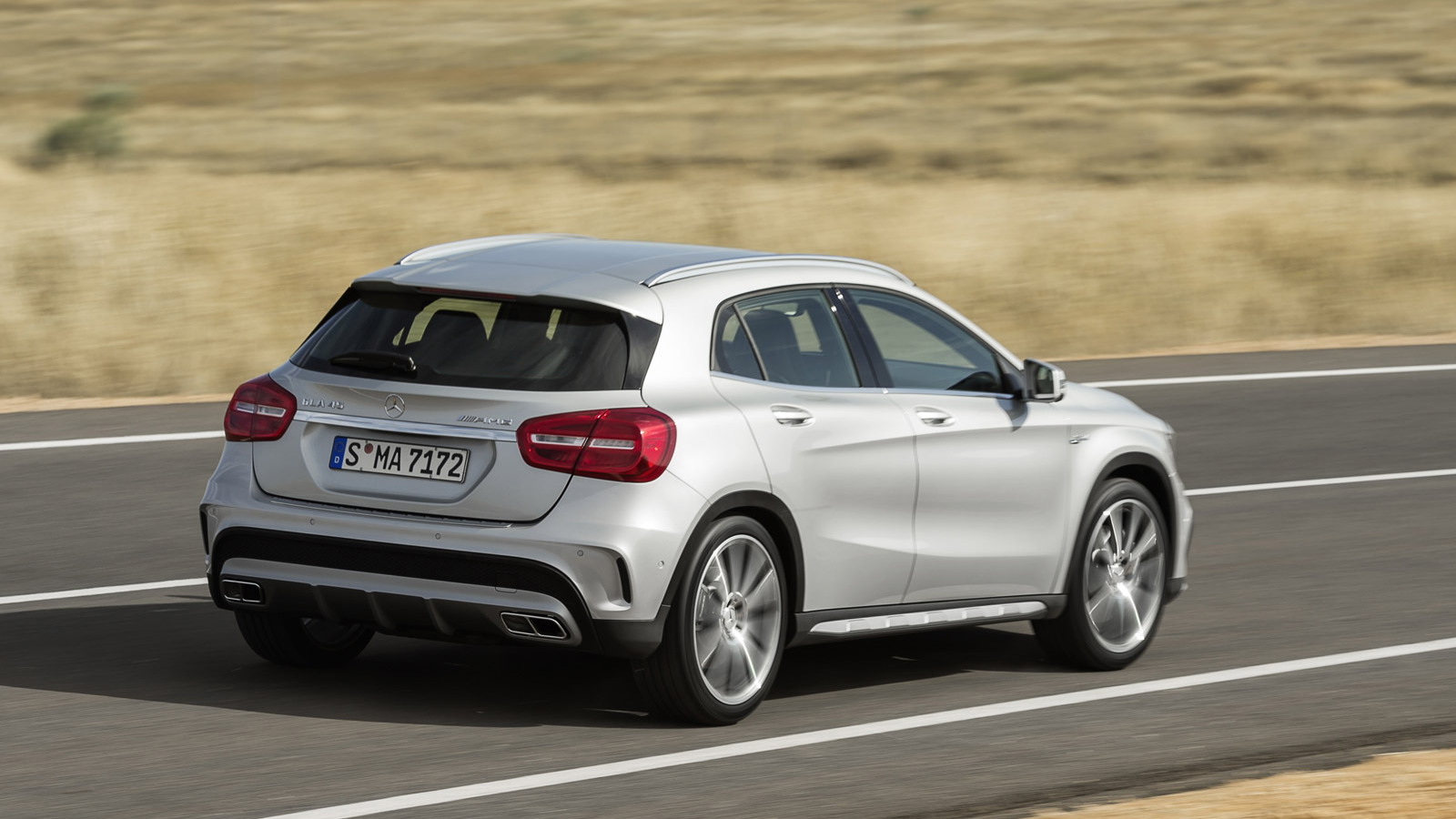 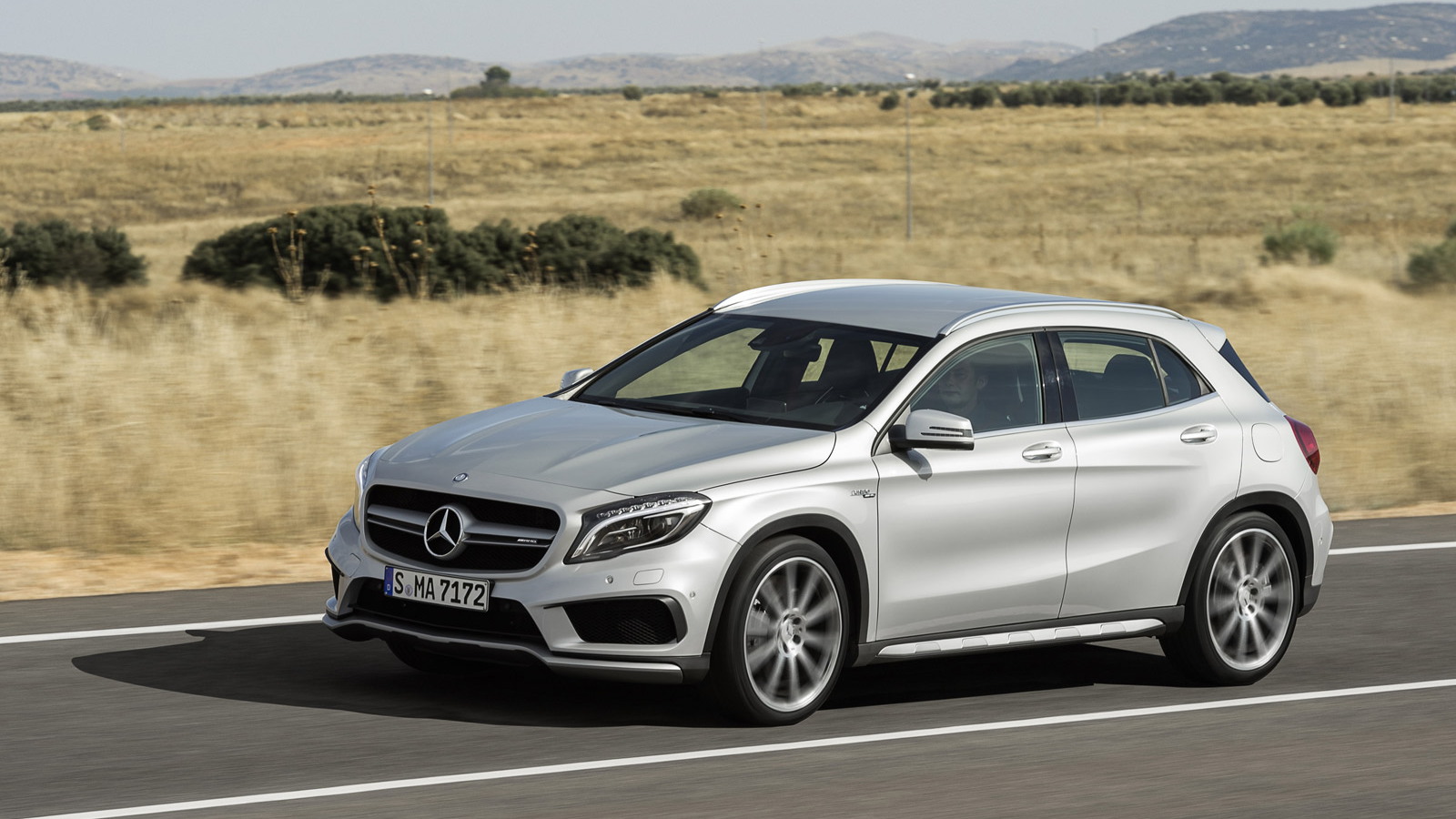 10
photos
Hot hatch fans of the U.S., you are increasingly out of luck in the form of proper fun-to-drive fast hatchbacks aside from a few notable examples. But, looking forward, the future of the hot crossover is ever brighter—and before you dismiss the idea out of hand, consider this, the 2015 Mercedes-Benz GLA45 AMG.

Powered by the same core drivetrain as you’ll find in the CLA45 AMG compact sedan, the GLA45 AMG rates 355 horsepower and 332 pound-feet of torque from a very sturdy high-boost 2.0-liter four-cylinder turbocharged engine. That engine drives all four wheels via 4Matic all-wheel-drive, and gear shifts are handled through the AMG Speedshift DCT seven-speed dual-clutch.

As John Voelcker noted during his time with the GLA45 AMG, “In our brief 90-minute drive through scenic rural Vermont, we blasted down country lanes and stormed up hills feeling rather like world rally drivers. While it's possible to drive the GLA 45 AMG in a sedate, around-town mode, it's not clear why anyone would. While the shift lever has moved from a column stalk onto the console, it's the paddle shifters behind the wheel that enable fast shifting, especially on twisty roads. We relished the amplified exhaust burble on every upshift, even while we found we could hang the tail out in the esses of an uphill mountain road with surprisingly little effort.”

Yes, you can hang the tail out on this crossover. With ease. That’s certainly a check in the “YES” column.

The GLA45 is plenty quick too, ratcheting off 0-60 mph runs in 4.8 seconds, though the quickness and the handling come at the price of some comfort. “Behind the wheel, the seats are better-bolstered and simply more comfortable, though they're not meant for the broad of beam,” said Voelcker. “Even the thicker steering wheel has flattened top and bottom arcs to increase cockpit space just a bit. The ride is significantly harder and harsher than the standard GLA's, exacerbated by the very low-profile tires, but this is not a car for those who care about ride quality.”

Nevertheless, the GLA45 AMG promises to deliver all of the fun of a modern hot hatch in the more American-friendly crossover form—which may even be a boon for the enthusiast who likes to get just a bit adventurous at times—perhaps especially if you’re also eyeing another of Motor Authority’s Best Car To Buy 2015 nominees, the Subaru WRX.

“Mercedes says only 5 to 6 percent of the GLAs it sells in the U.S. will be the AMG model, and with a starting price of $48,300--more than half again as much as the GLA 250--it's one of the pricier hot hatches,” said Voelcker. “But the company says it set out to build "a Subaru WRX for grownups," presumably fairly wealthy ones, and we think they've succeeded. In fact, having driven the latest 2015 Subaru STI (though not the latest WRX, admittedly), we'd say the GLA 45 AMG is actually closer to the raw character of the old one. Can you tell we had fun?”

Find out more about each of our 15 nominees as we draw closer to the November 10th announcement of our Best Car To Buy 2015 winner. The question is simple; the answer is anything but. How do you determine one car is better than t... in Motor Authority Polls on LockerDome