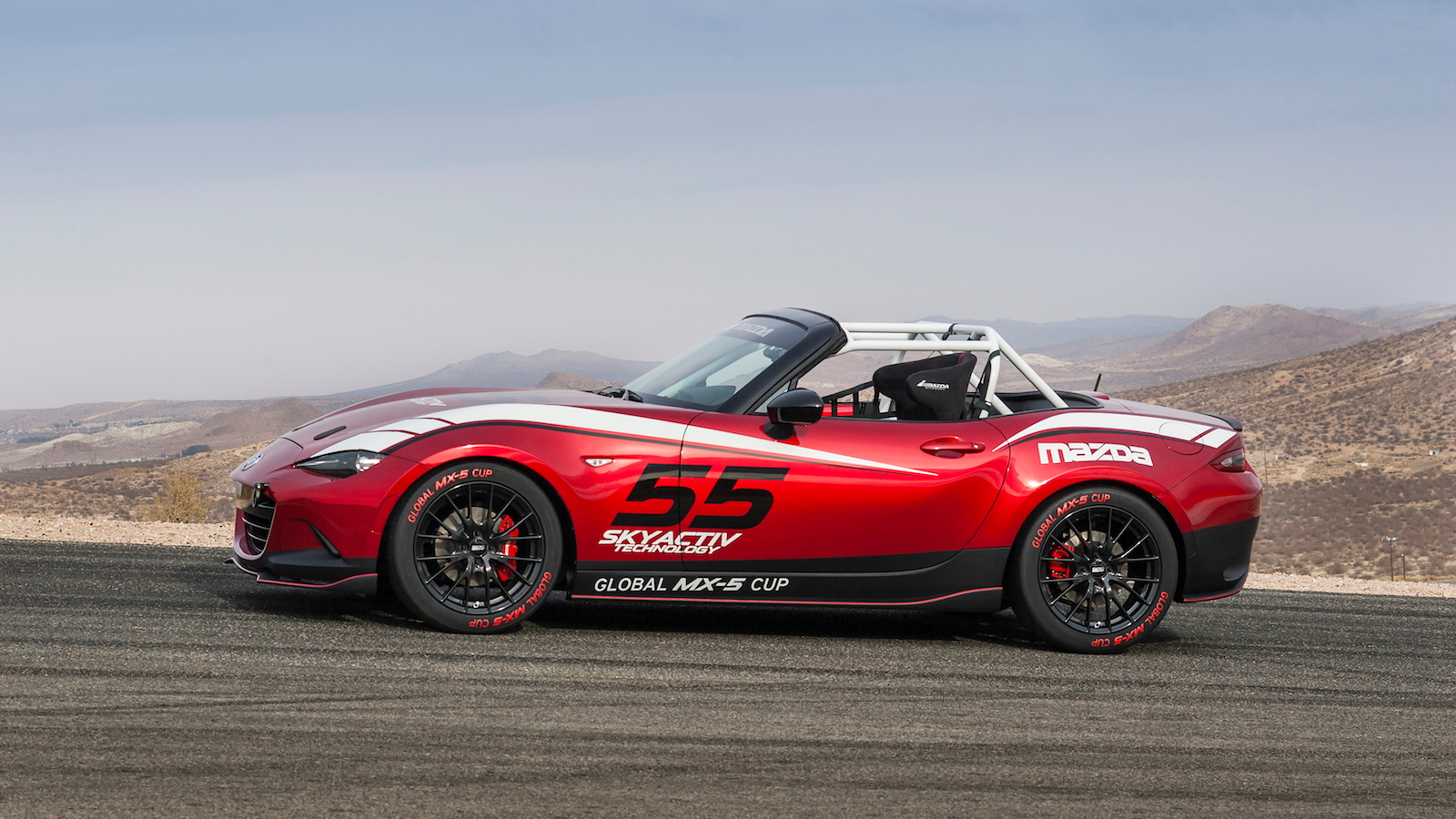 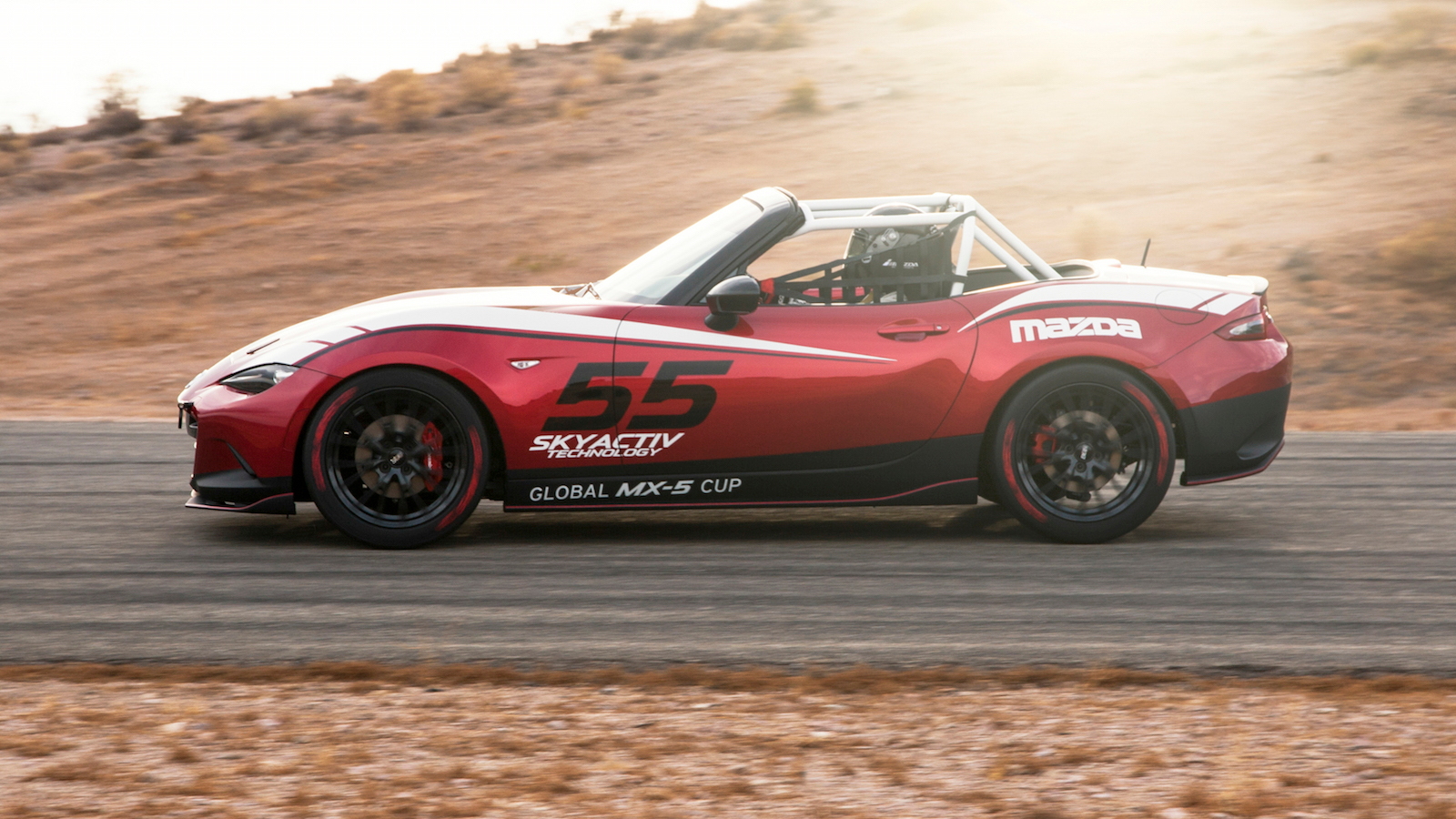 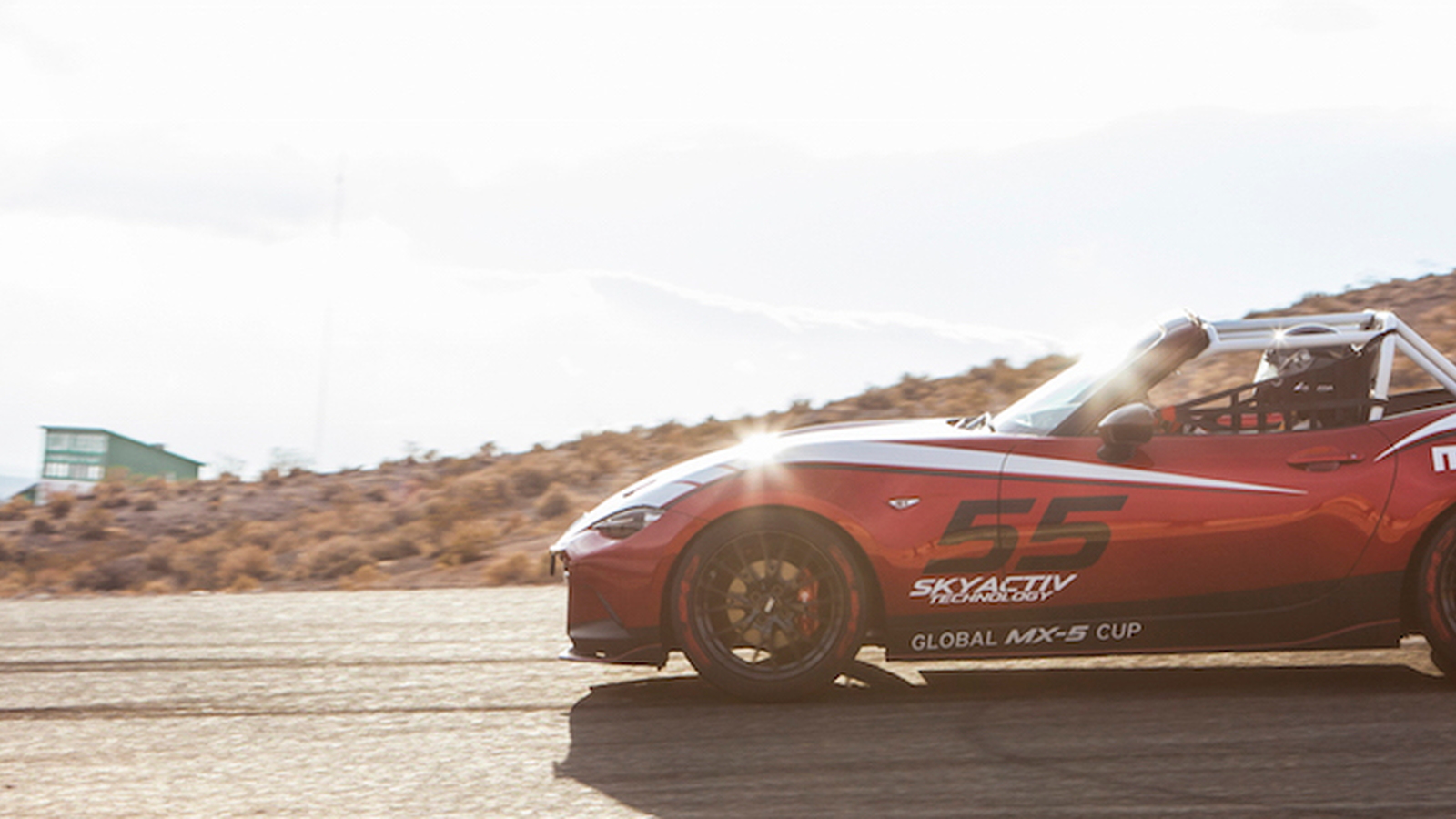 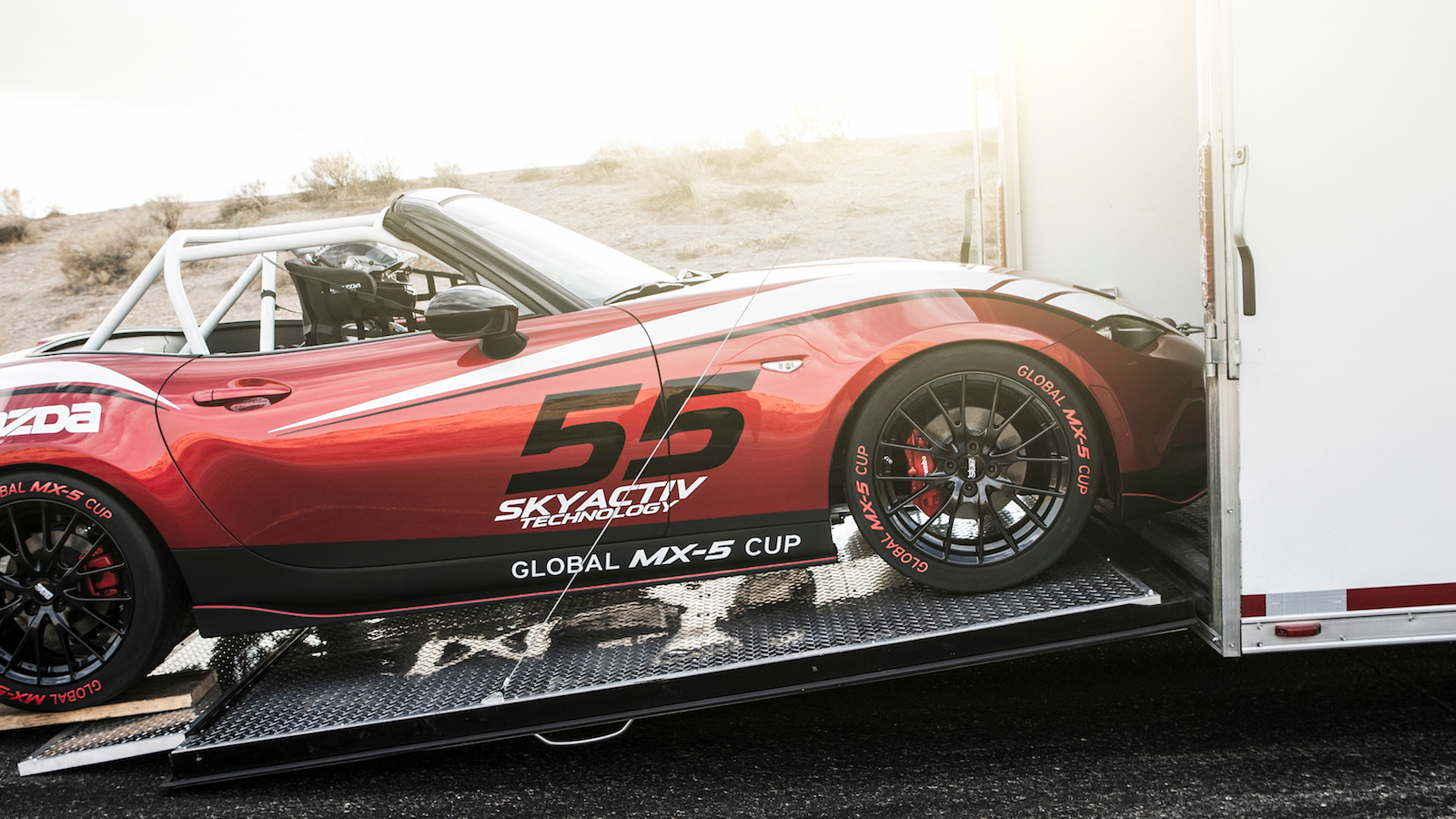 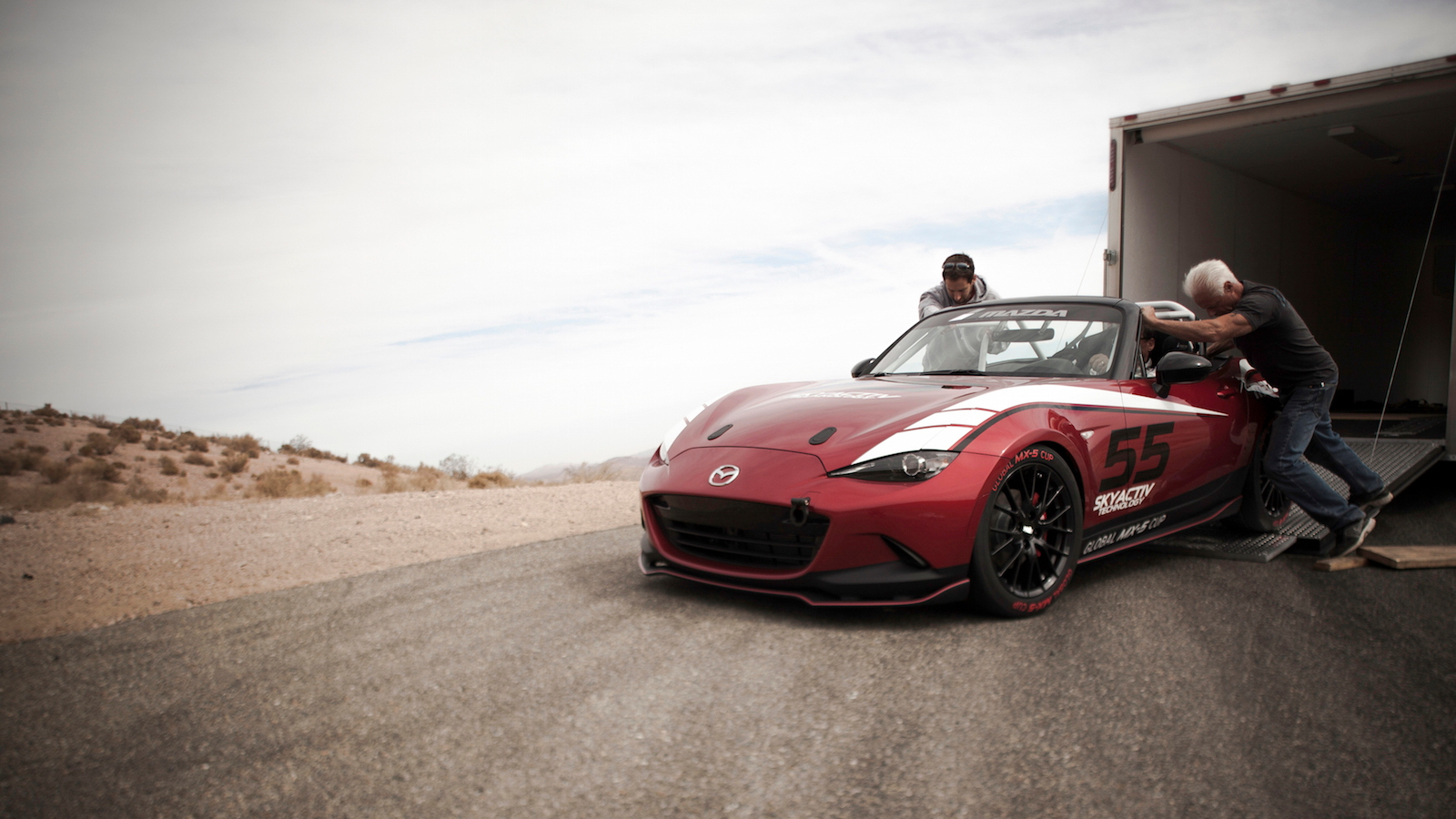 The Specialty Equipment Market Association (SEMA) show is getting underway in Las Vegas today, and among the more interesting announcements to come from the event is Mazda’s new Global MX-5 Cup race series.

To be populated by a fleet of identically-prepared race cars, the spec series promises tremendous racing action, just like the current MX-5 Cup series offers on today’s third-generation cars.

That’s right, the new series will start in 2016, and it will feature the all-new fourth-generation MX-5, complete with its F-Type-in-miniature styling and new lightweight body. The result should be an even more electrifying race car that yields even better racing.

Expanding the current MX-5 Cup series to a global audience that will include North America, Europe, and Asia, the Mazda Global MX-5 Cup will culminate its first season with a Global Shootout round at Mazda Raceway Laguna Seca.

“We’re excited to take the elements of success of the existing Mazda MX-5 Cup series, and introduce them to a new global audience,” added Masahiro Moro, Managing Executive Officer in charge of Global Sales, Marketing and Customer Service for Mazda Motor Corporation.  “It has long been our goal to see Mazda fans around the world competing in identical MX-5s, and the launch of the 2016 MX-5 Miata is the perfect time to make this goal a reality.”

The winner of the Global Shootout will earn a one-day test in Mazda’s TUDOR United SportsCar Championship diesel prototype race car among other rewards.

Unlike previous MX-5 Cup cars, the upcoming 2016 model based on the fourth-generation production car will all be sourced from a single supplier, ensuring they’re as evenly competitive as possible.

Looking to next season, the current third-generation-based race cars will continue to compete in MX-5 Cup competition, but come 2016, they’ll be eligible only for club racing purposes, superseded for the Cup series by the new fourth-gen car.