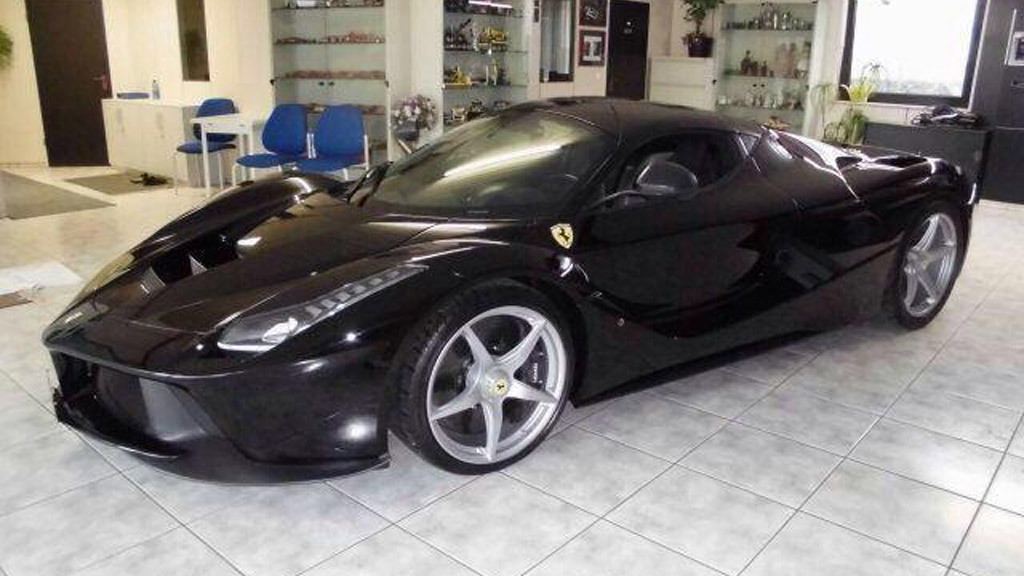 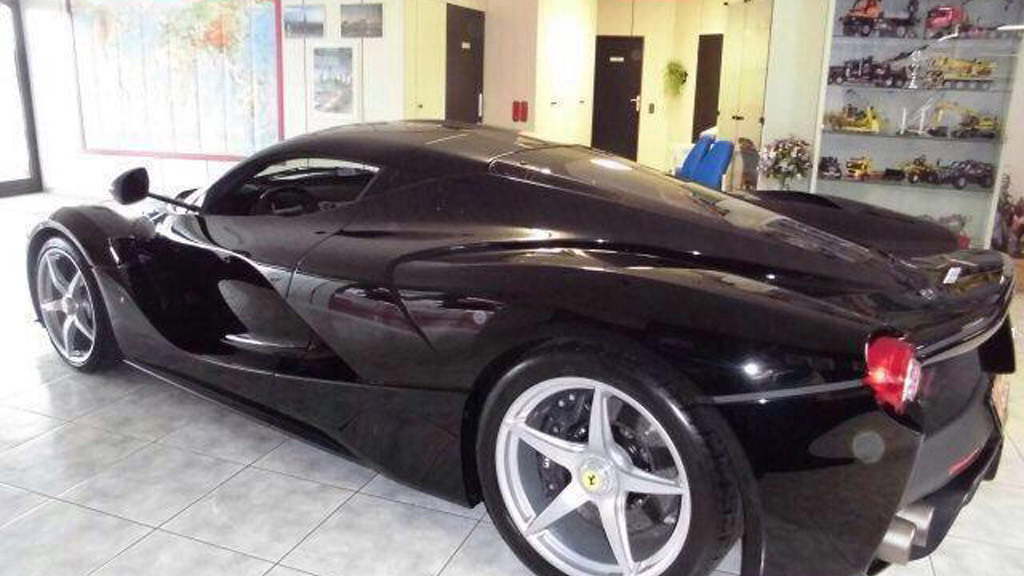 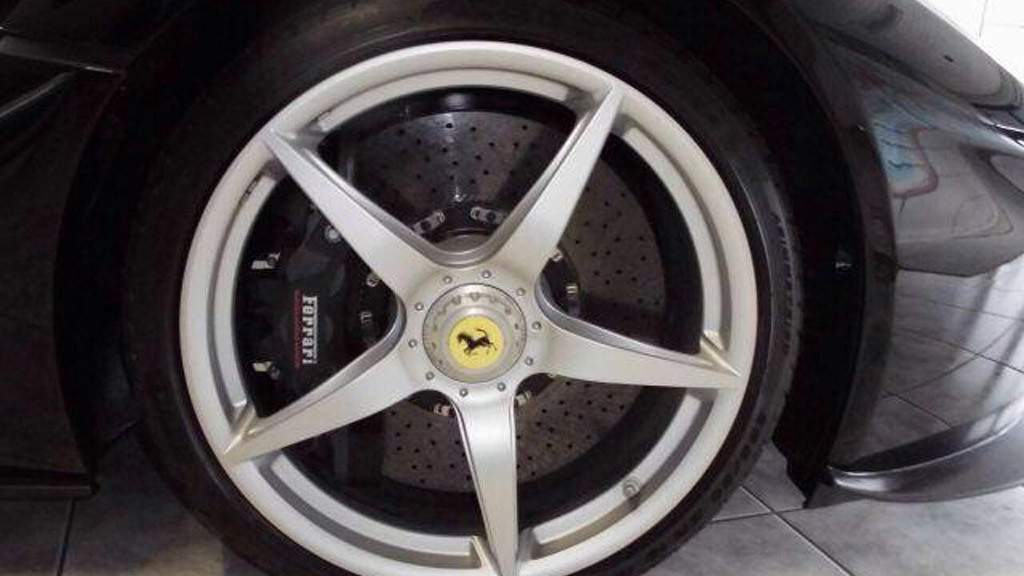 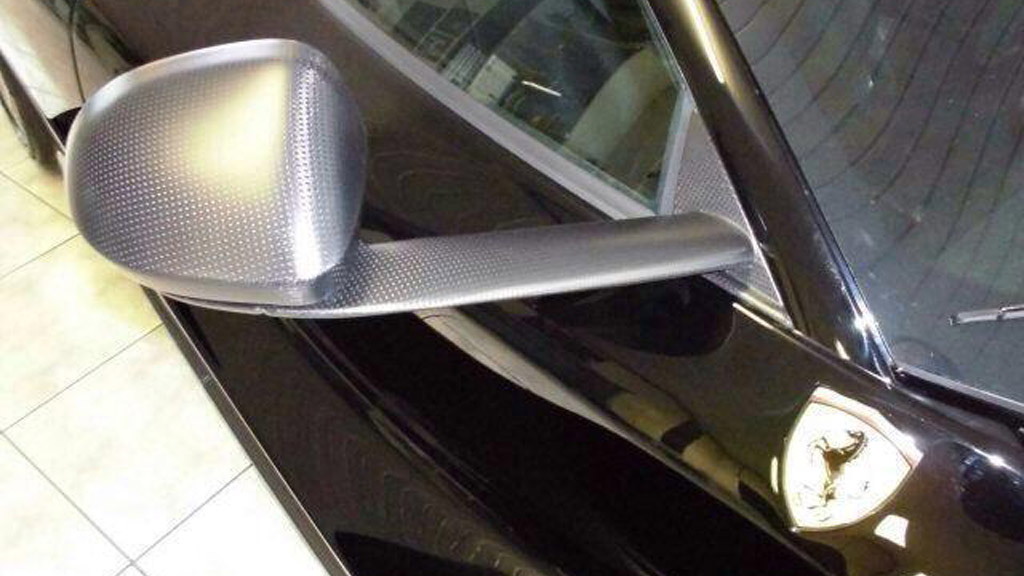 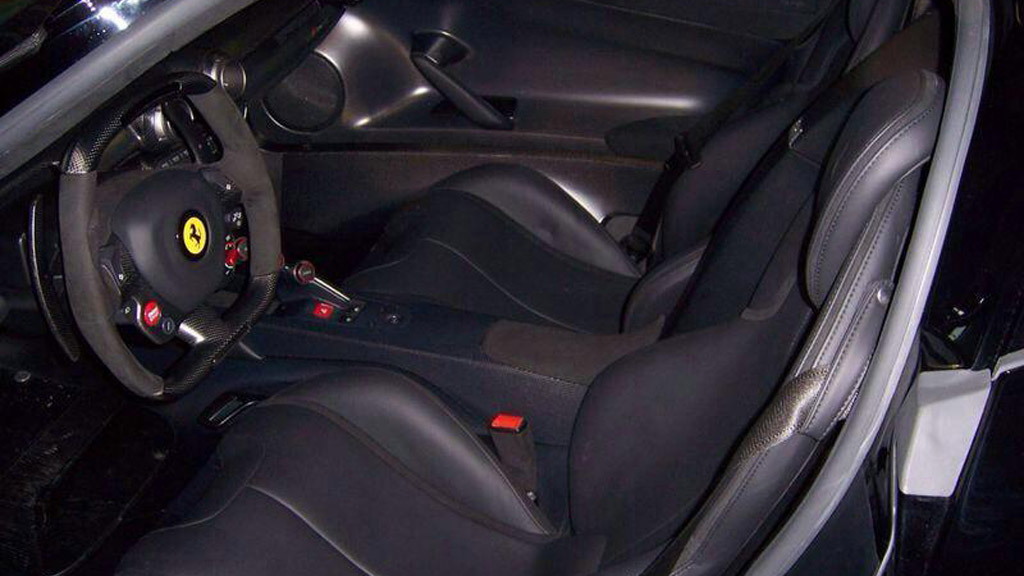 Ferrari has promised to build just 499 examples of its flagship LaFerrari supercar, despite the company receiving more than a thousand orders for the car just days after its debut at the 2013 Geneva Motor Show. Clearly there are plenty of unsatisfied millionaires out there, and because of this any LaFerrari owner could easily flip their car for a handsome profit.

To try and prevent this, Ferrari vetted each and every order for the car, with chairman Luca di Montezemolo getting the final say. It’s alleged that just to be eligible a customer needed to have already been in possession of five other Ferraris.

Nevertheless, LaFerraris have still turned up on the used car market. The latest is this black example which is listed on Dubai classifieds site dubizzle. The car has a price tag of 12,500,000 Emirati dirham (approximately $3.4 million) and, incredibly, its previous owner never drove it: the seller says there are zero miles on the clock.

The asking price is roughly $2 million more than what the LaFerrari is believed to have originally cost, but this is likely to be chump change for buyers in this segment. Perhaps with di Montezemolo finally calling it quits and Ferrari likely to become a less exclusive brand by substantially increasing its sales in the future, loyalties will start to wane and more LaFerraris come onto the market. Only time will tell.