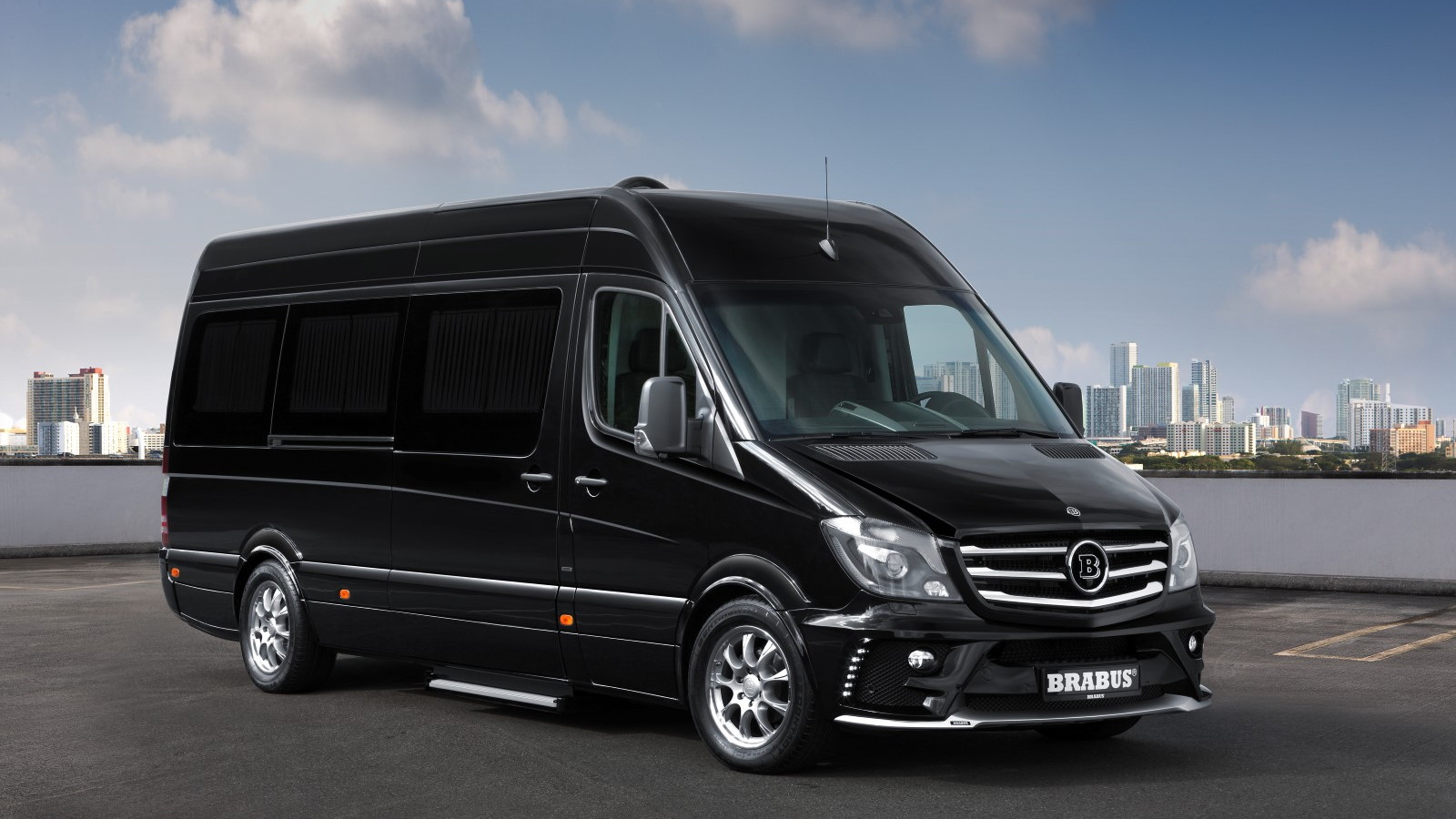 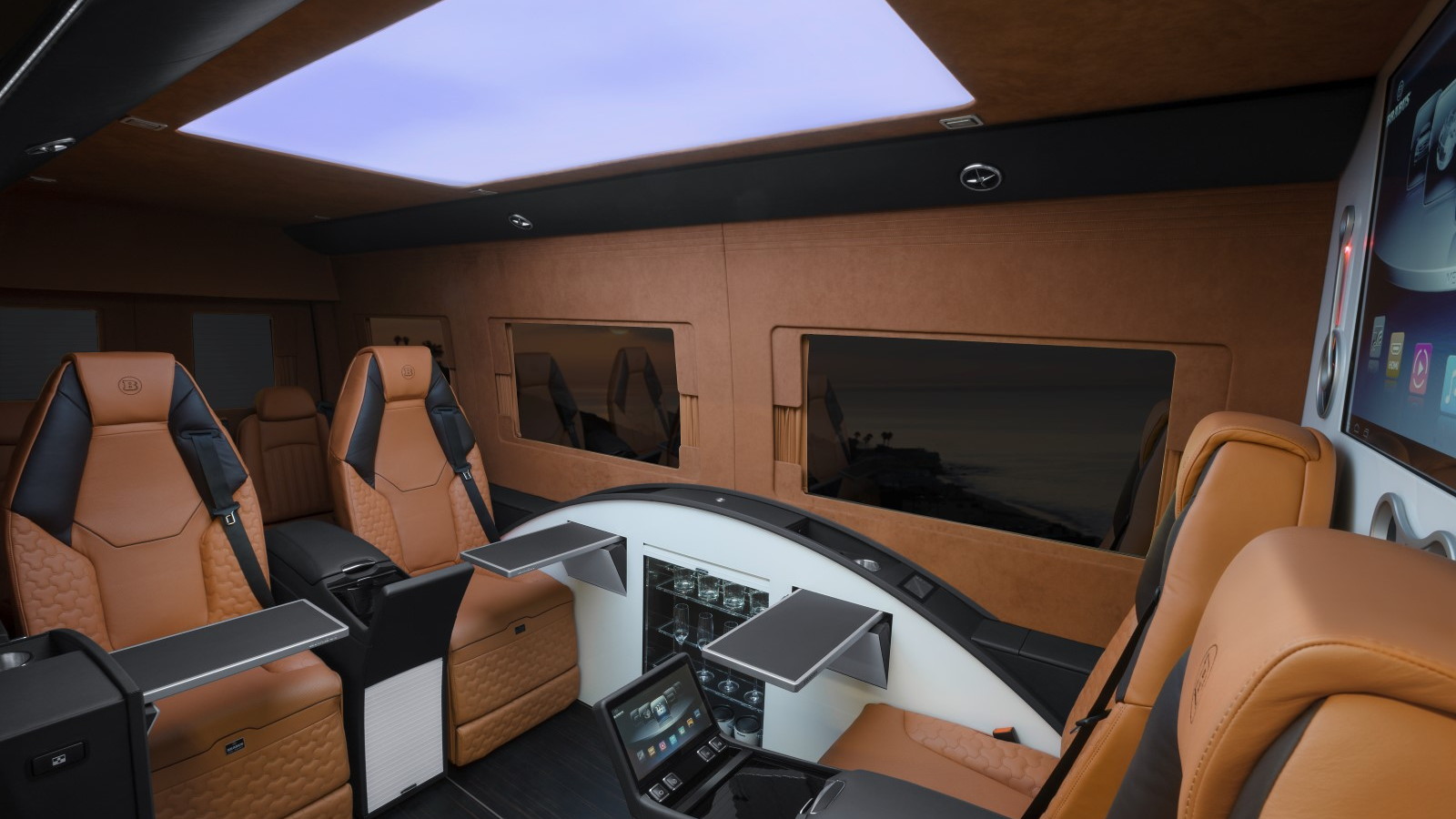 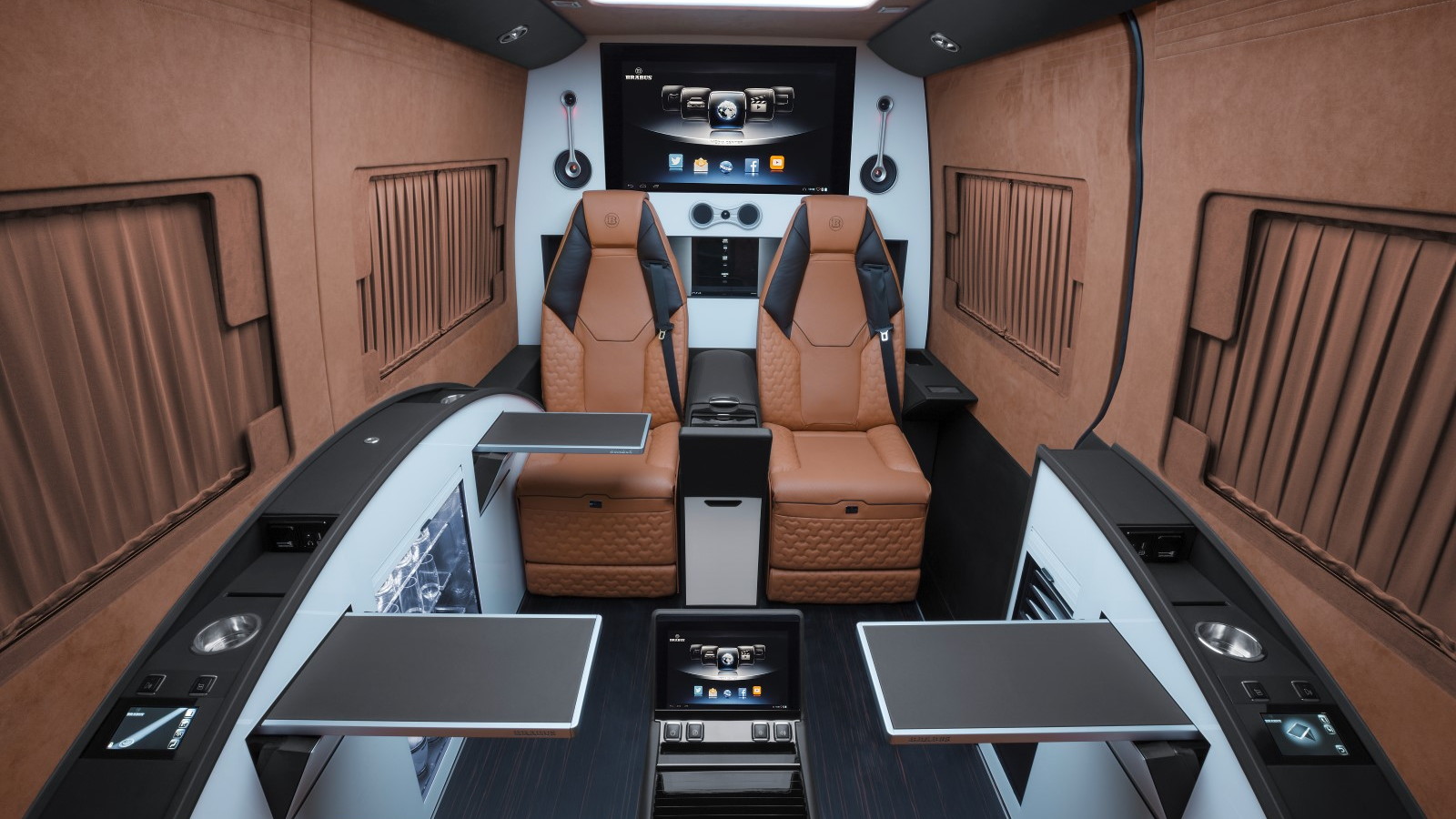 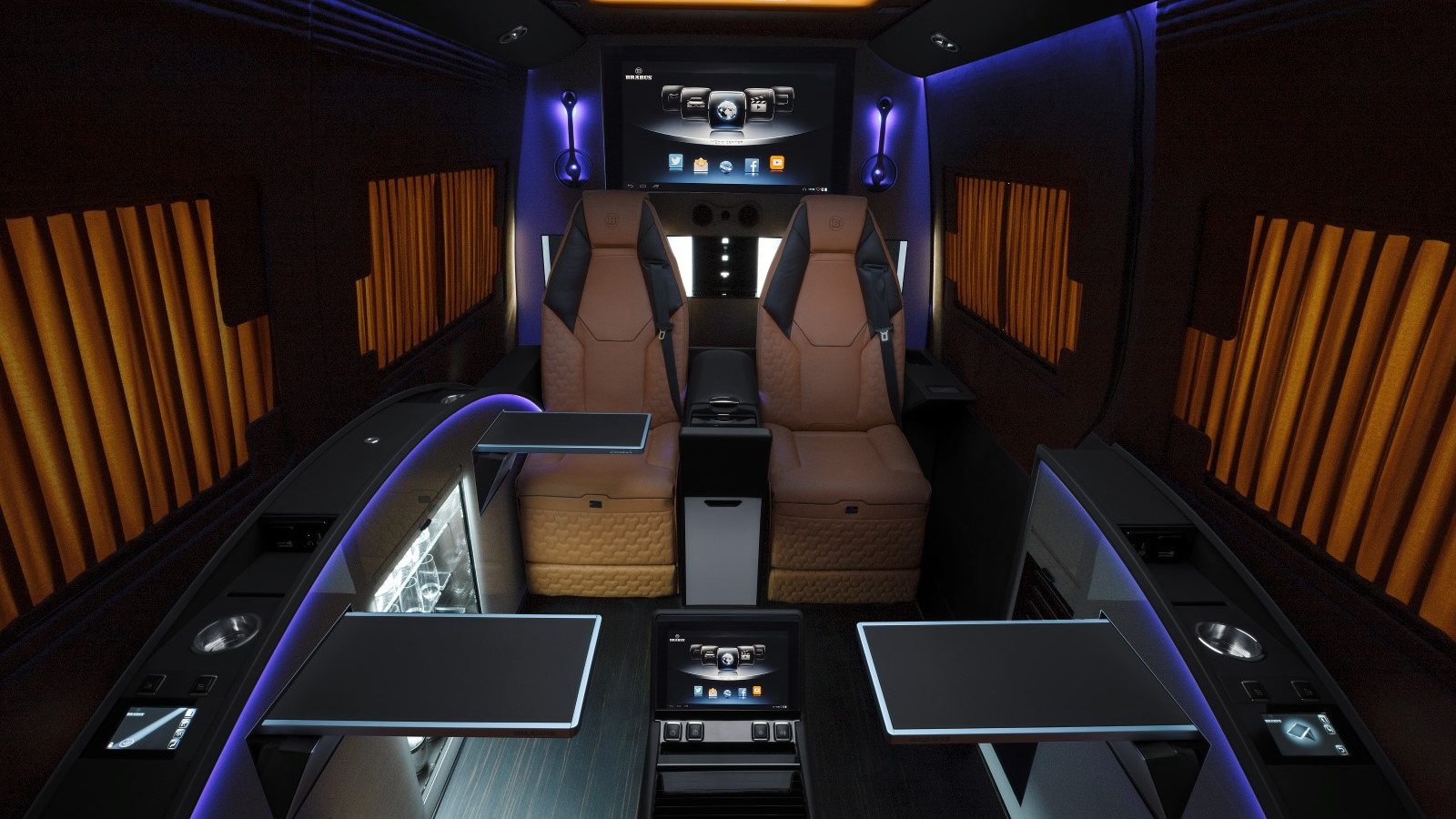 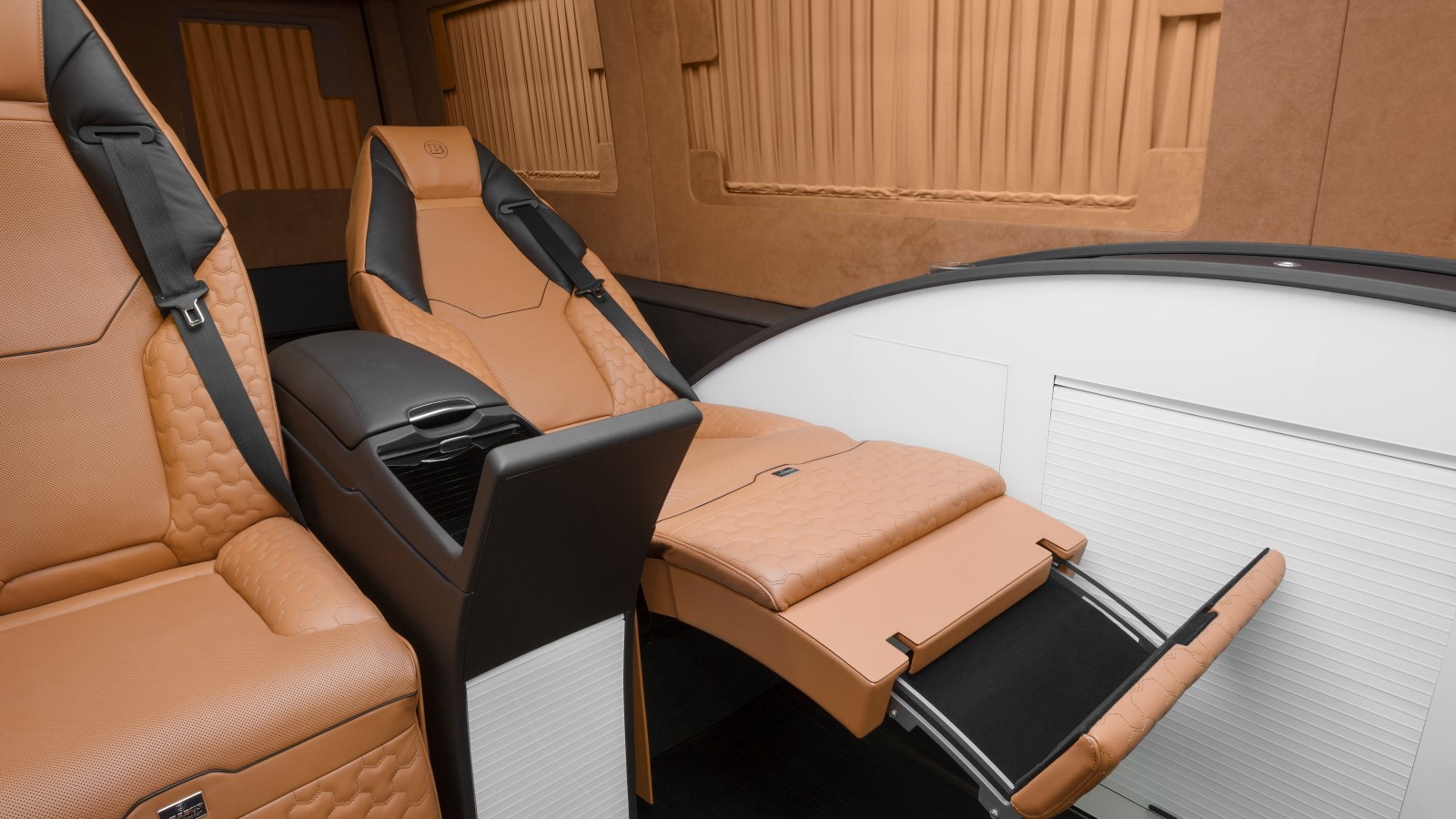 Vans aren't the most glamorous means of transportation, but there are exceptions to every rule. German Mercedes-Benz tuning firm Brabus has used this week's 2014 Moscow Auto Show to launch its latest project, the Brabus Business Lounge concept. Based on the Mercedes Sprinter van, the Business Lounge is a combination of office, relaxation space and conference room—and is filled from floor to roof with upgrades.

Literally the floor, in this case, as Brabus has applied its usual styling touches to the van too, including a set of 18-inch Monoblock-design alloy wheels. There's a completely redesigned front bumper too and a Brabus badge on the grille displaces the usual Mercedes emblem. As with most Brabus projects, a coat of moody black paintwork is also included.

MUST SEE: Nissan Juke-R (WITH NAWSSS) Laps The Nürburgring Like A Beast: Video

Inside, it's hard to know where to start. Based on the long-wheelbase, high-roof Sprinter, there is seating for eight, with four of those seats facing each other in a conference arrangement. Re-trimmed by Brabus in leather and Alcantara and equipped with heating, ventilation and massage functions, the seats can even recline to a sleeping position. The pair of back-row seats can be removed entirely if necessary, expanding the Business Lounge concept's luggage space.

A special climate control was developed for the car with heating and cooling functions, integrated in such a way that it's both visually and acoustically unobtrusive. Exterior windows are tinted and there are power curtains on each window. To ensure those bartering business deals or running shady organizations are well catered-for inside, the van features eight USB ports, three 220-volt outlets, reading lights, a refrigerator and a coffee maker.

Brabus hasn't confirmed whether a big red button for dealing with your enemies is included, but the headliner does contain 2,700 LEDs to entertain moguls and mob bosses with twelve different animations—from "an azure sky with moving puffy white clouds to a starry night sky, and from a magnificent fireworks show to oriental and psychedelic themes." Touchscreen displays at each seat allow passengers to control various functions. If a five-inch display isn't big enough, a 42-inch screen is set into the bulkhead behind the driver's cabin. Access to the outside world is provided by LTE broadband internet.

No price is quoted, as each Business Lounge model is built to order. But if you're in the market for such a thing, you probably already have "people" to procure one for you...