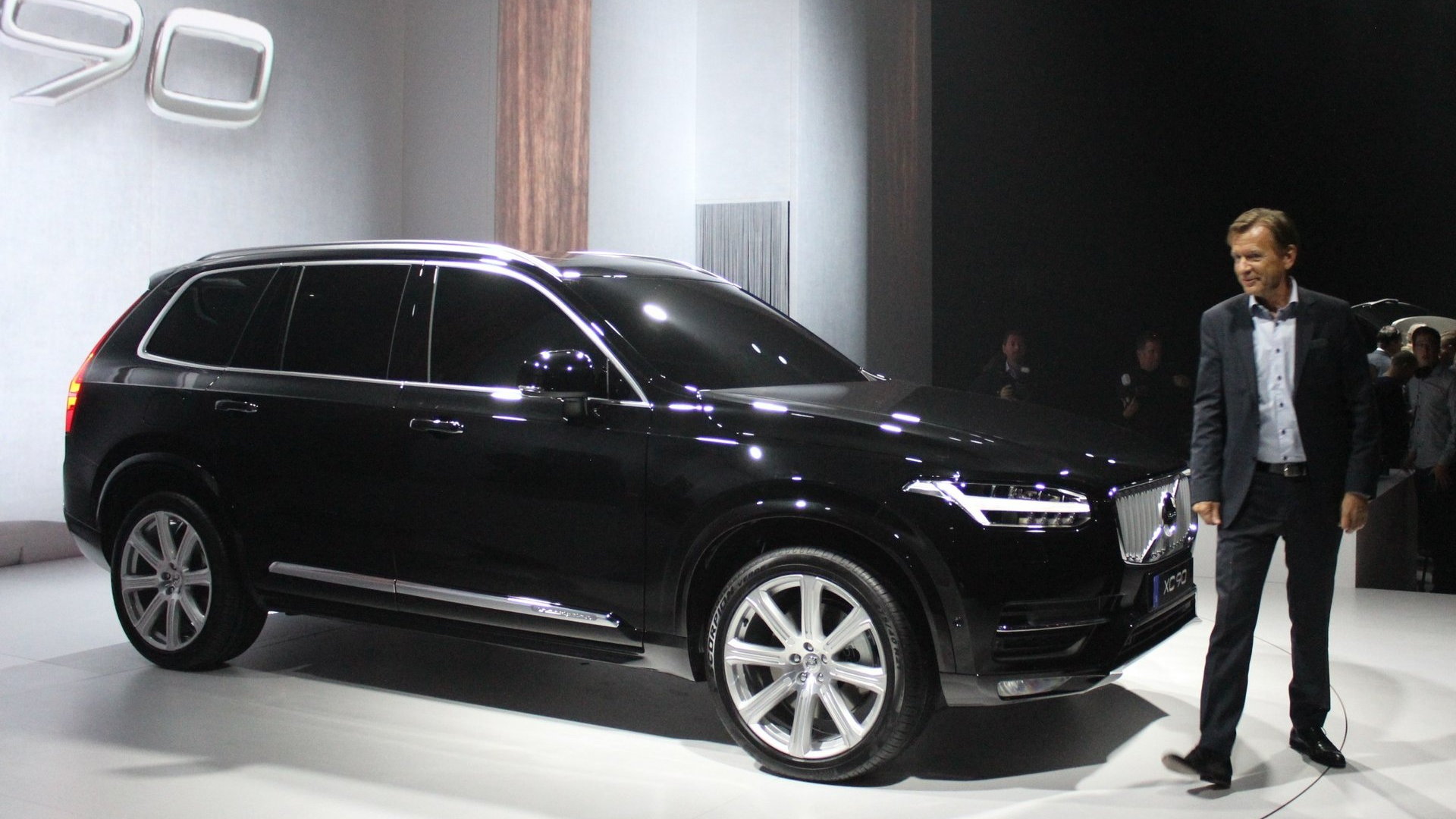 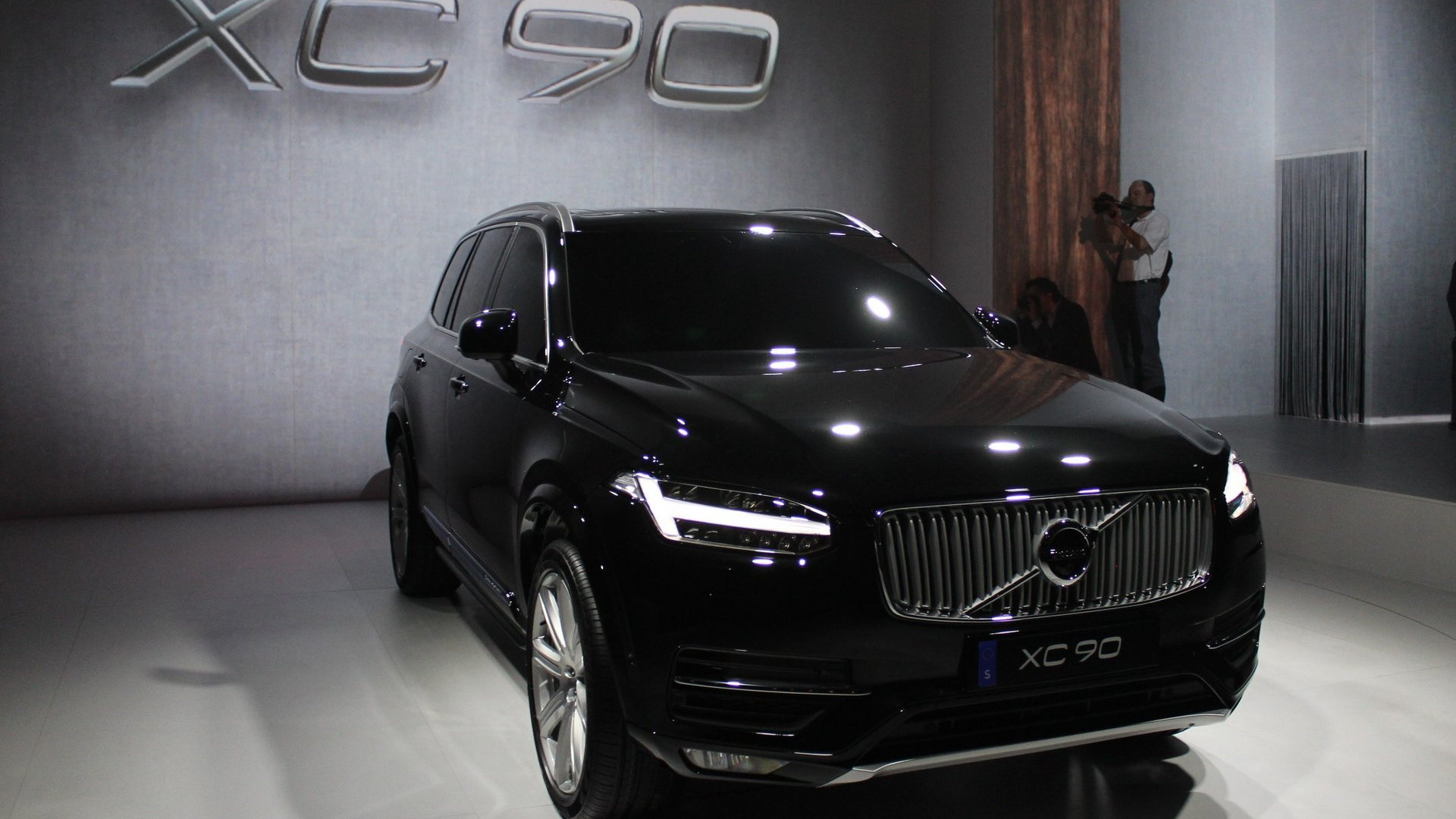 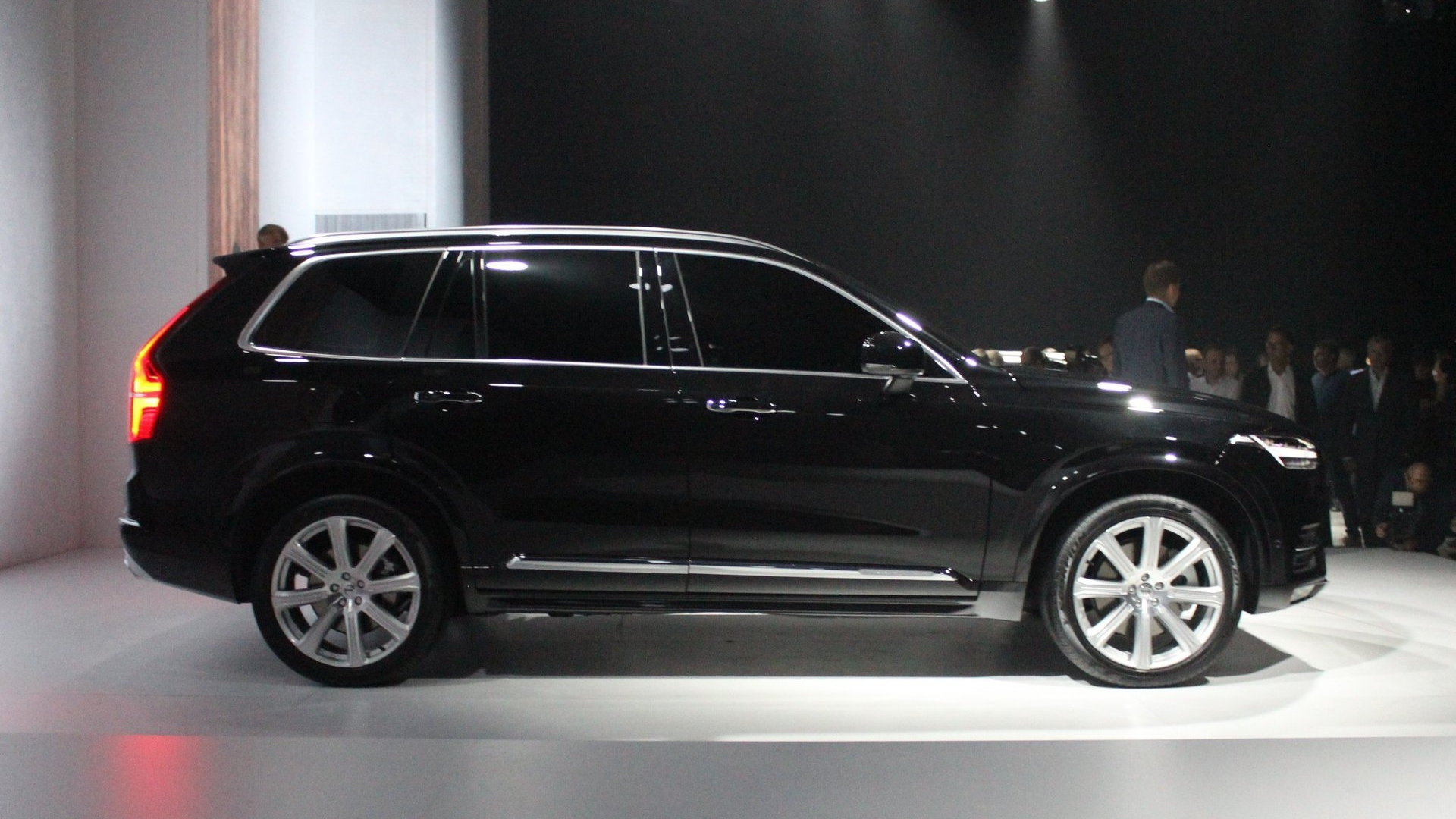 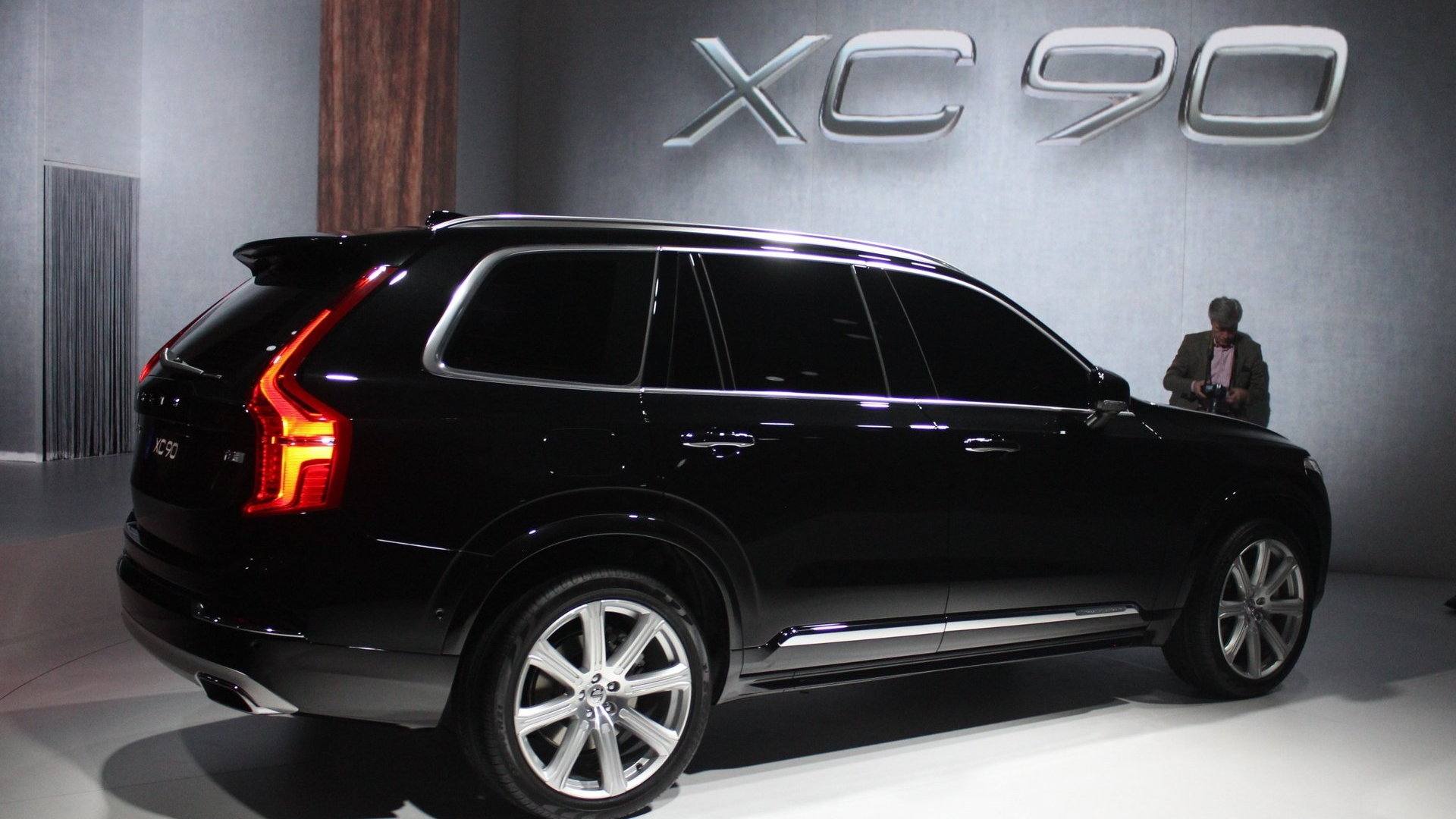 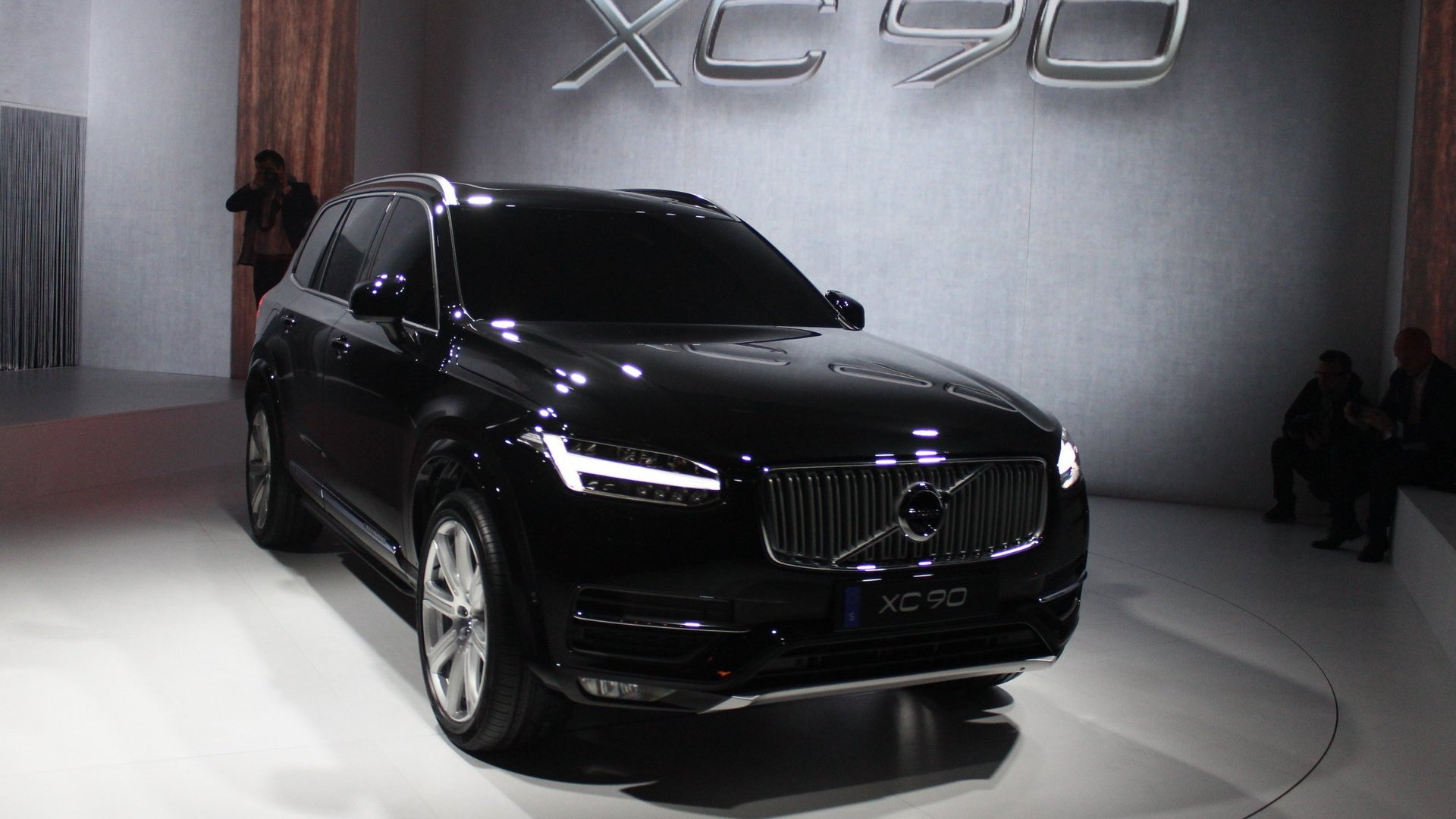 In Stockholm, Sweden, Volvo today pulled the wraps off the first of an entirely new generation of vehicles—with a fully redesigned, second-generation version of the Volvo XC90.

Developed in-house at Volvo, as part of a three-year and $11b effort, under the ownership of China’s Geely Holding, the 2016 XC90 packs a new generation of powertrains as well. It will offer available plug-in hybrid technology, a next-generation version of the Sensus touch-screen interface, and an interior design that’s just as cleaned-up and radically decluttered, as the concept cars the brand has shown over the past couple of years have hinted.

As for the exterior, it’s not nearly as daring or sharp as those concepts suggested. With the new XC90, Volvo’s head of design, Thomas Ingenlath eschewed the wedgy, creased look that so many vehicles have adopted and instead went with a more relaxed, level beltline; with a nearly level hood, and a roofline that doesn’t arch noticeably.

Volvo’s so-called scalable platform architecture (SPA) allows various lengths, wheelbases, and even widths, while only fixing the distance from the front axle to the front cowl. Don’t give up on those elongated, rear-wheel-drive-like proportions yet; they’re still on the way in the upcoming redesign for the brand’s S80 flagship sedan. Ingenlath hints that model, as well as others to be built on the SPA architecture, will be more visually daring, while the upright, more conservative look of the XC90’s exterior fits its mission.

The primary powertrain for U.S. models will be the 316-horsepower, 2.0-liter turbocharged and supercharged direct-injection four-cylinder that’s part of Volvo’s new Drive-E engine family. Volvo says that the powerful Twin Engine plug-in hybrid variant will serve as a flagship model for the model line and will offer around 400 horsepower, with CO2 emissions of just around 60 g/km—and it’s the world’s first seven-passenger plug-in hybrid.

ALSO SEE: How A Bugatti Veyron L'Or Style Vitesse Gets Delivered To Its New Owner: Video

Sensus: the most intuitive infotainment system yet?

The centerpiece of the interior is Volvo’s Sensus system, featuring a touch screen that’s laid out in a portrait orientation and responds to swipes, pinches, and other common tablet gestures. There’s no potentially confusing menu structure or nobs to rotate here; core options are laid out on a home screen, and you swipe over to corresponding screens with a left or right swipe. With wide-ranging core apps for things like Pandora music streaming, concierge service, and even vehicle service appointments, we’re looking forward to spending more time with this system.

There are also a couple of safety-related world firsts in the 2016 XC90—a special system that snugs the seat belts and includes a seat-frame damper, helping to absorb jarring vertical forces when the vehicle leaves the roadway; and an addition to Volvo’s suite of City Safety automatic-braking accident-avoidance features, this one braking you when you turn into the path of oncoming car.

Volvo will sell 1,927 of these specially marked First Edition models, including numbered sill plates and a special tailgate badge, for a price of $65,900, available only via the Volvo Cars site starting September 3. Although full pricing details haven’t yet been announced, the XC90 T6 AWD (including navigation, the full Sensus tablet-like system, 19-inch wheels, and a power panoramic sunroof) will start at $48,900. That's a significant jump from the current 2014 model, and much closer to what the company sees as key rivals like the BMW X5 and Audi Q7.

For the U.S., the 2016 Volvo XC90 will reach dealerships next April, with Twin Engine plug-in hybrid models arriving by the end of next year.