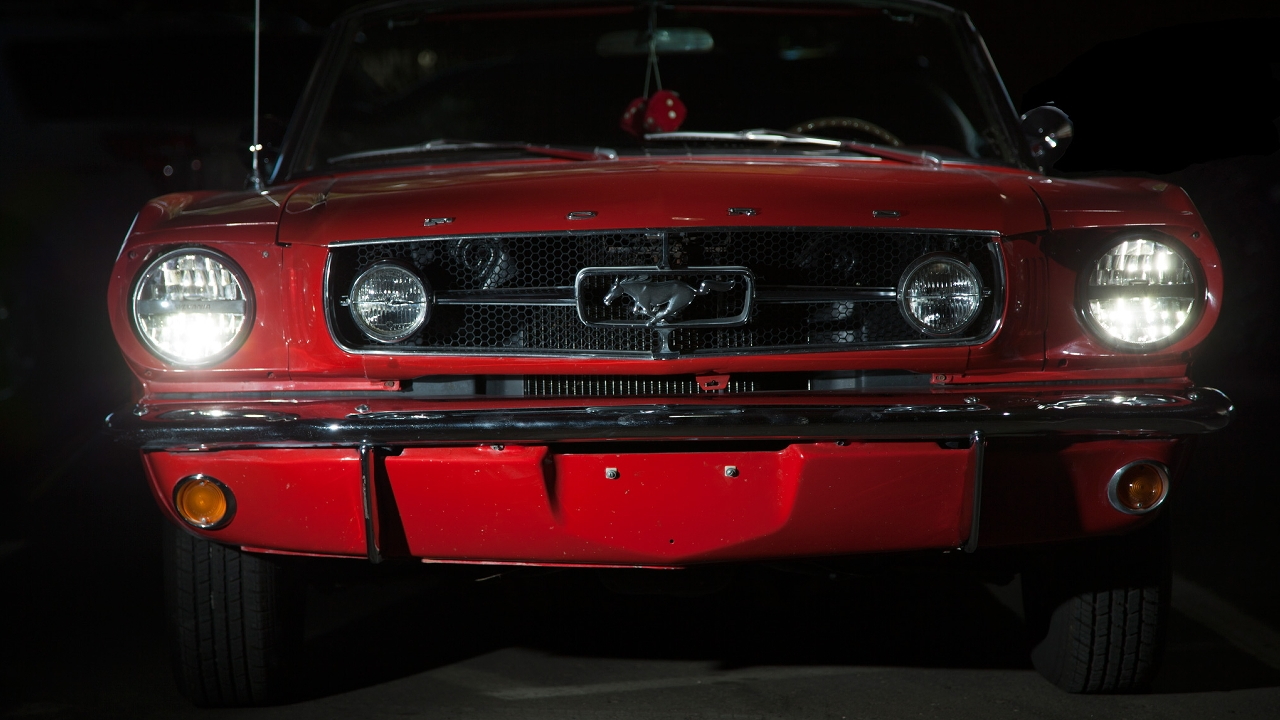 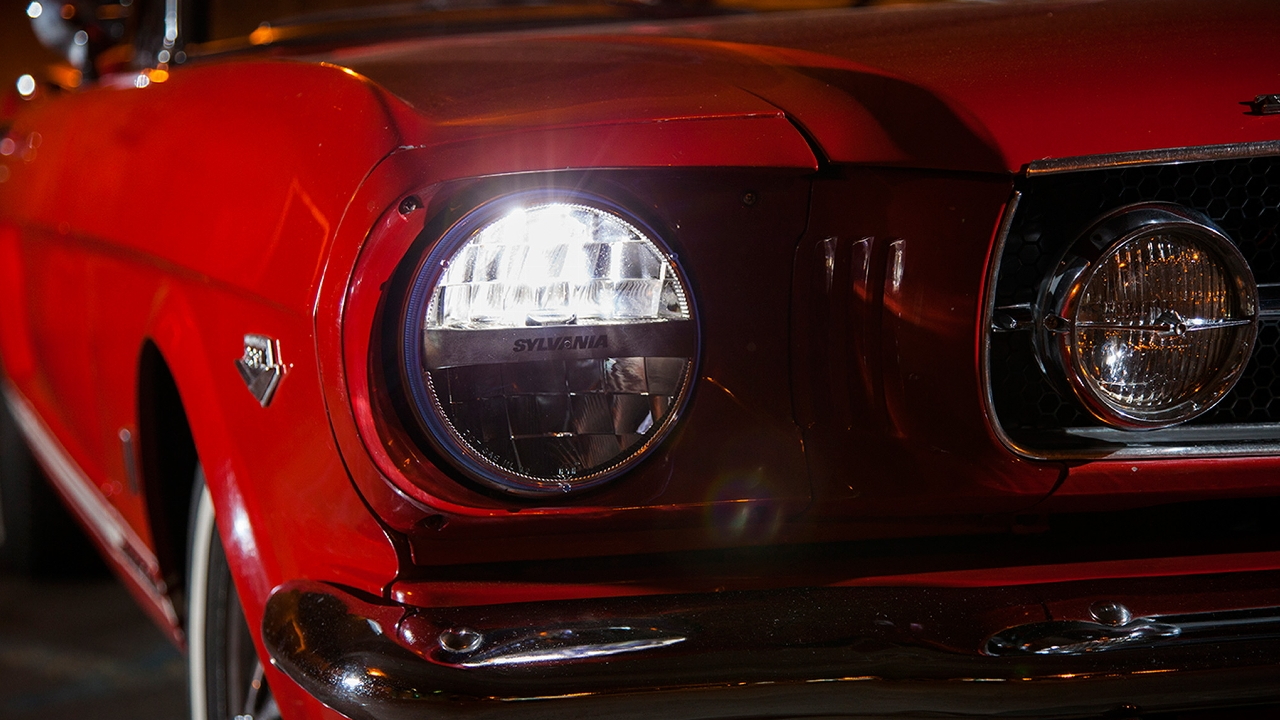 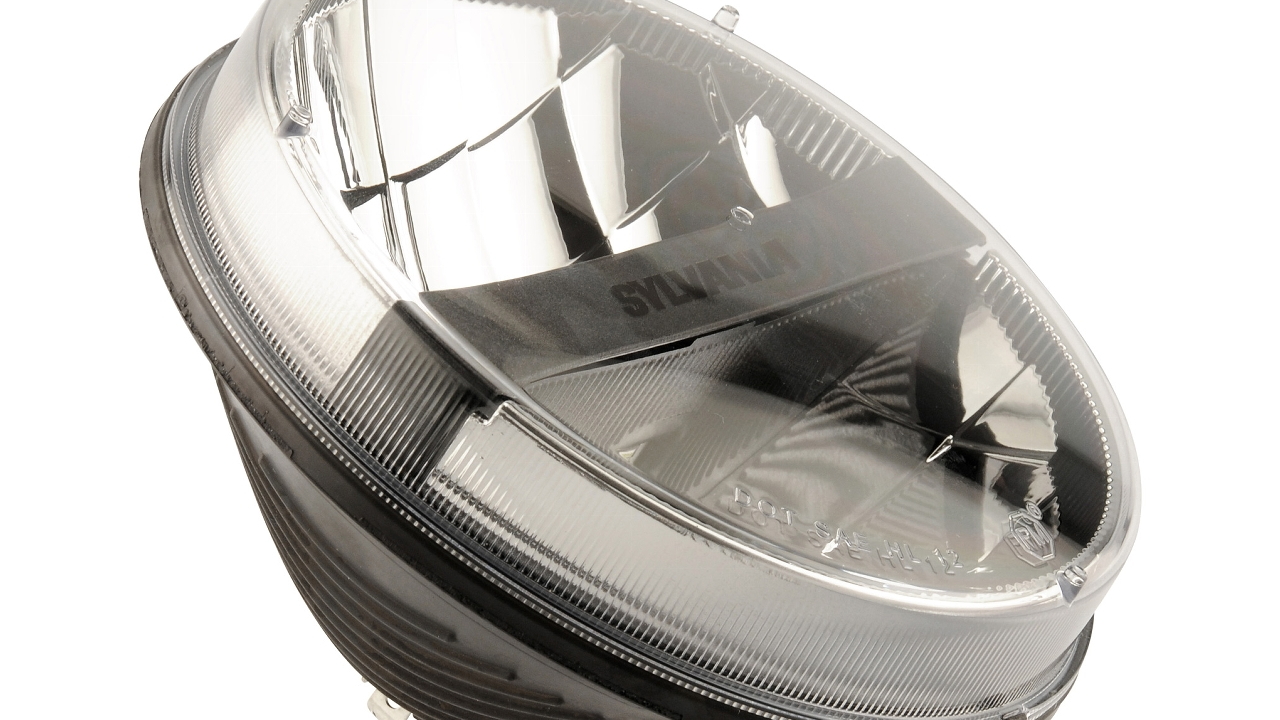 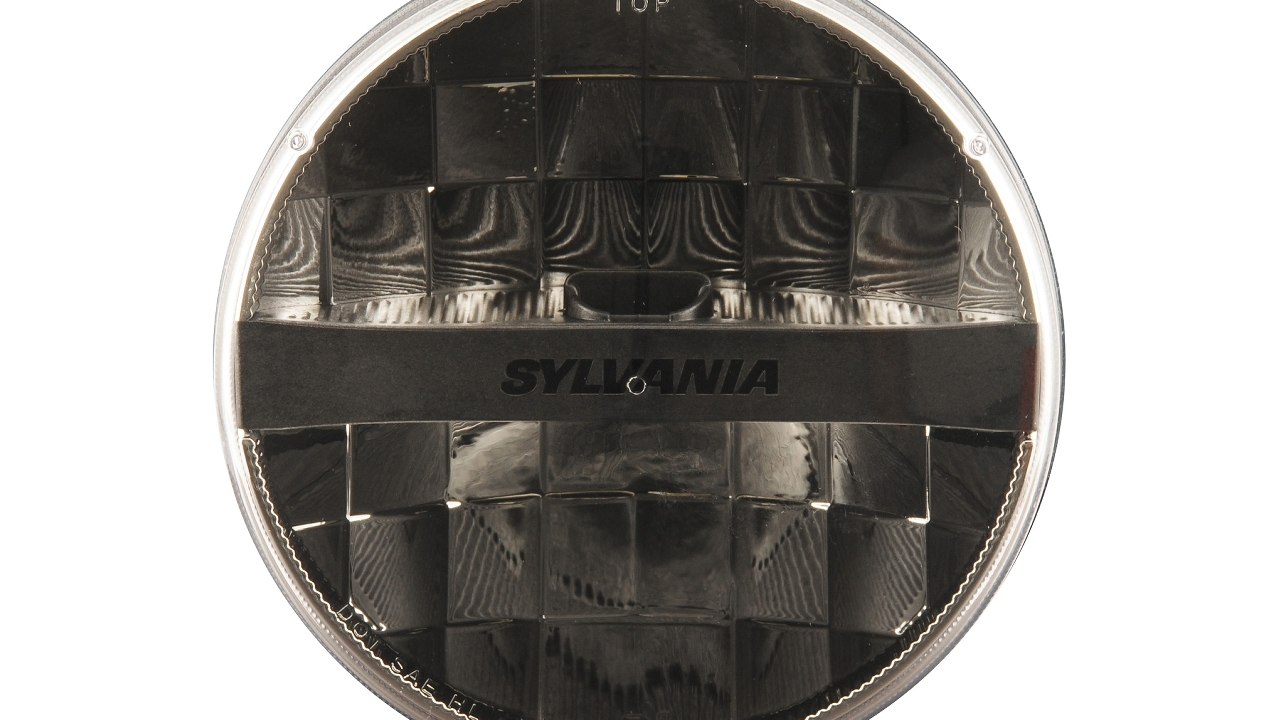 Old cars are great, aren't they? Characterful, beautiful, noisy, interactive, nostalgic. Right until you go out for a drive at night and realize your headlights are as effective as a pair of unenthusiastic glow worms.

If that sounds familiar to you, you might be interested in the new retrofit Zevo LED headlights offered by Sylvania. The units are a direct replacement for those in any vehicle using old H6024 seven-inch sealed-beam round headlights, which includes a huge array of cars. Good examples are older Jeep Wranglers, the first-generation Mazda MX-5 Miata and, in the case of the image above, early Mustangs—but dozens of others were also so-equipped.

They might look a little odd at first, as each unit is split into top and bottom reflectors—the former for low-beam illumination, while high-beam lights switch on the bottom half too. The Zevo lights are rated at 1,100 lumens in low-beam, and Sylvania says they cast a wider, brighter and clearer light than traditional sealed-beam units. Anyone who has driven a modern car with LED lights will be aware just how bright and crisp the light can be, and they typically draw less power too. In this case, they draw about 20 watts in low beam, compared to 40 watts for traditional bulbs.

The company says the units plug directly into almost any vehicle that uses the old seven-inch lamps, though some may need adapters for the wiring. Sylvania's marketing manager Brian Noble told Automobile he expects them to be popular with Jeep owners—they'd be great for off-roading purposes—though buyers will have to be okay with the $500-per-pair price tag. That's a heck of a lot more than regular bulbs, but on the plus side they should last more for the life of the vehicle.