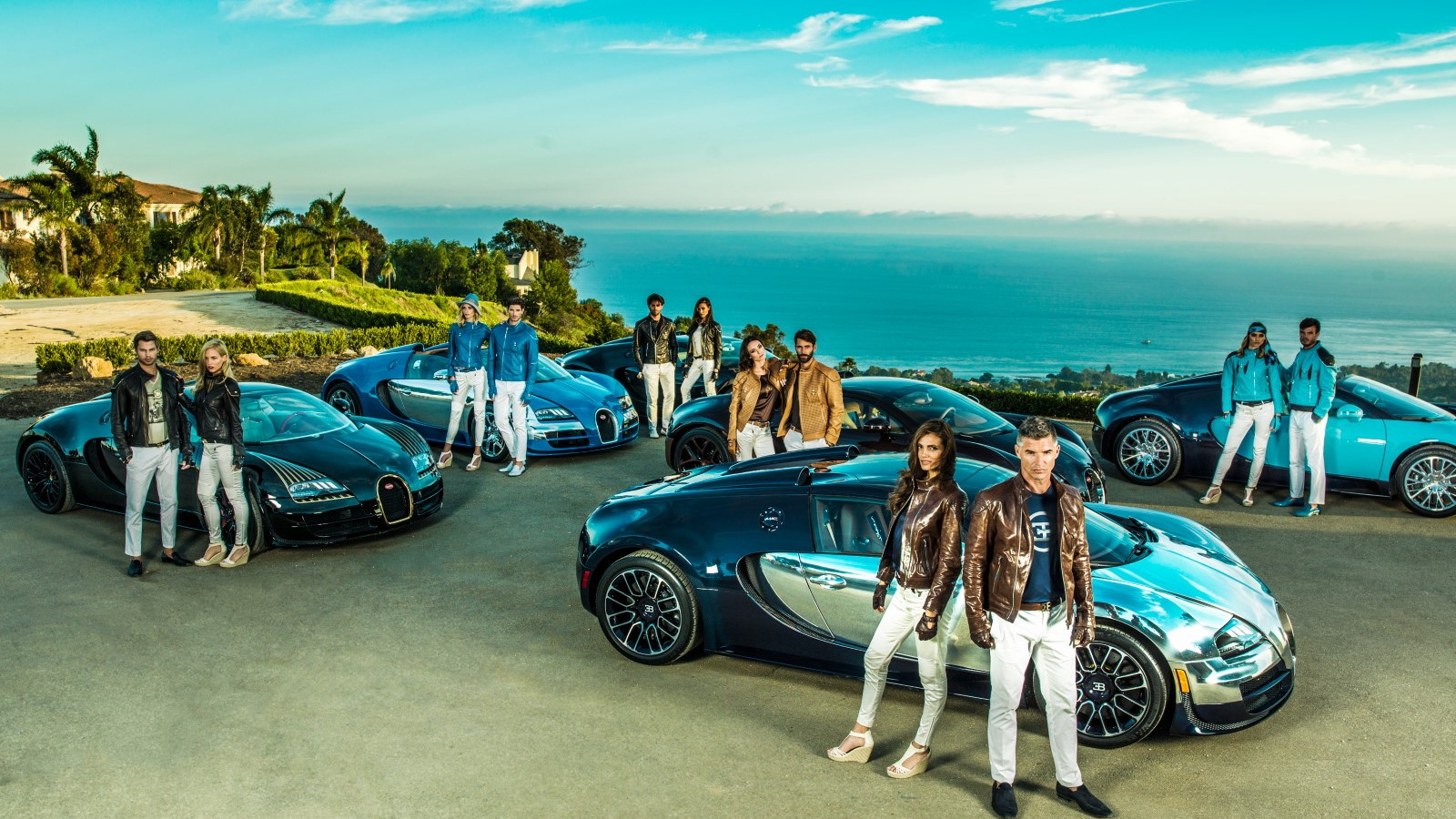 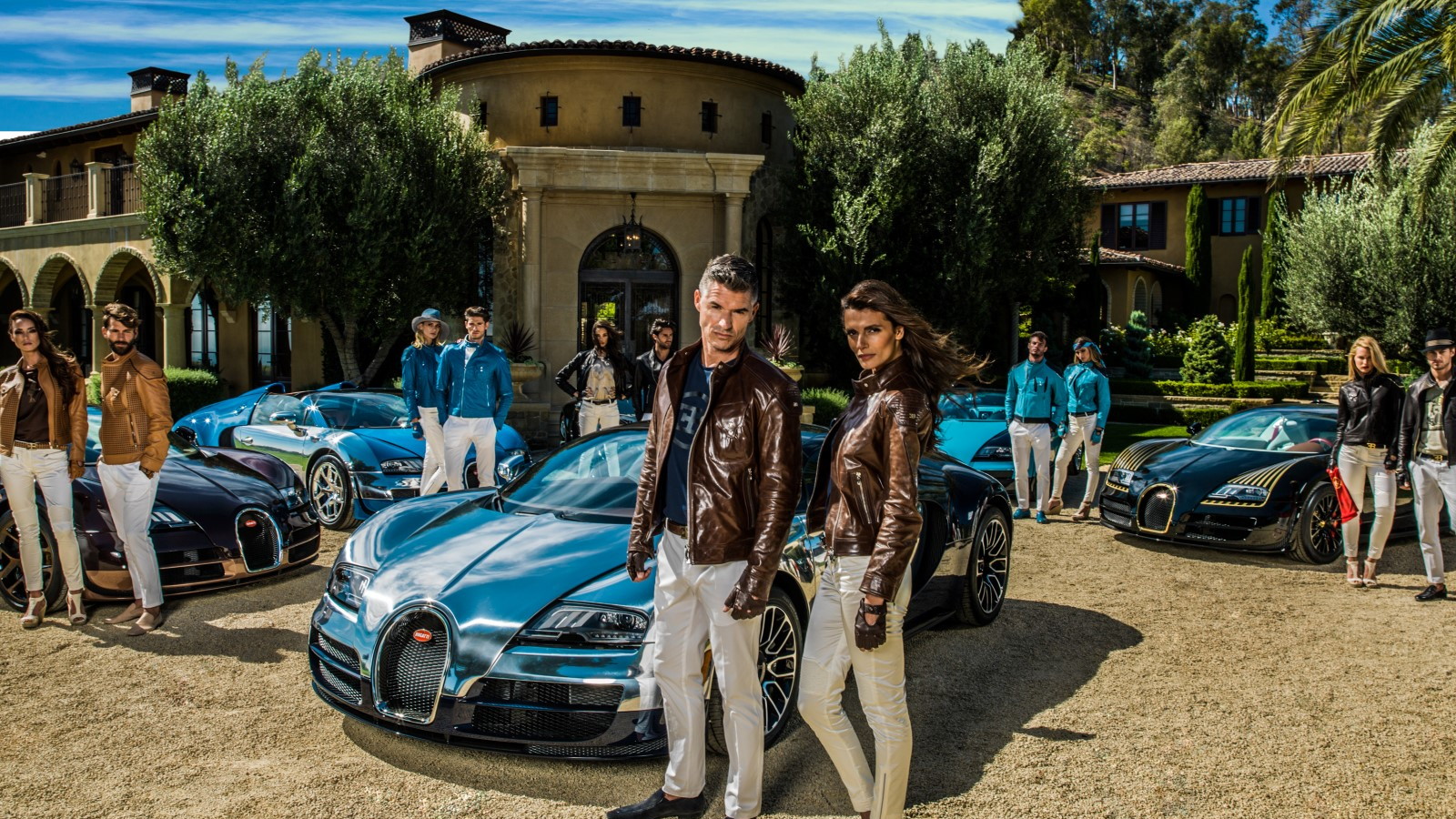 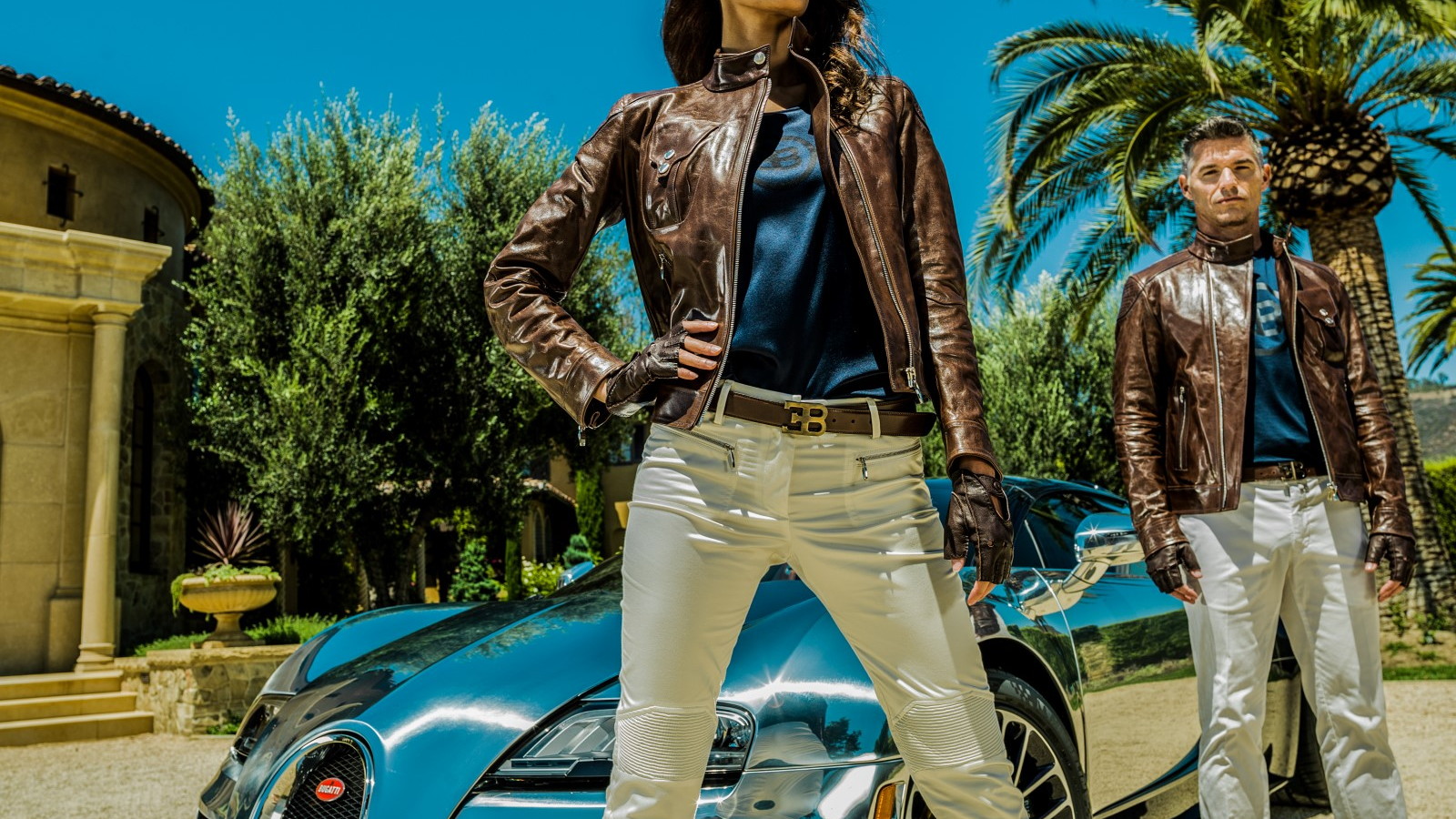 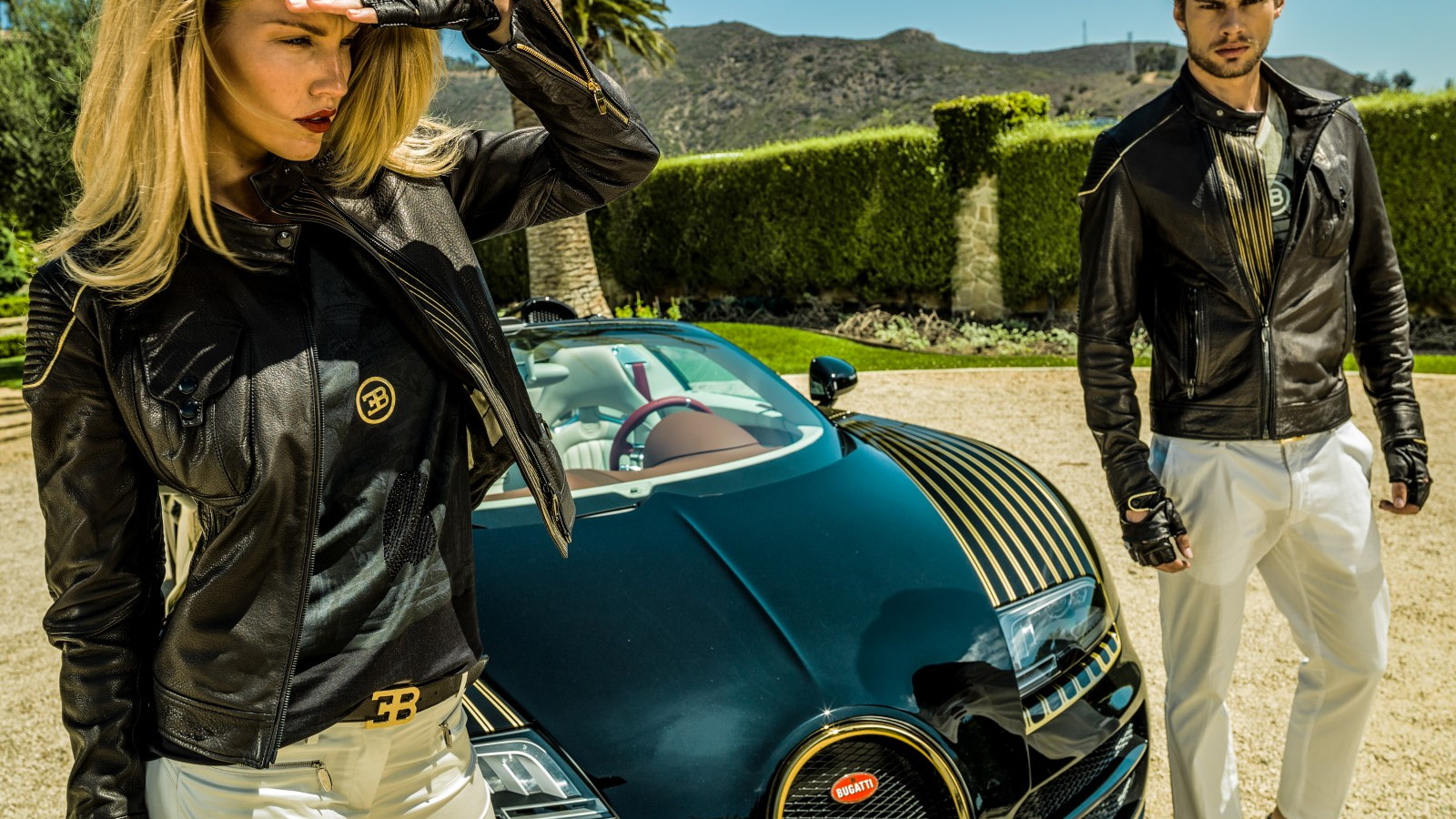 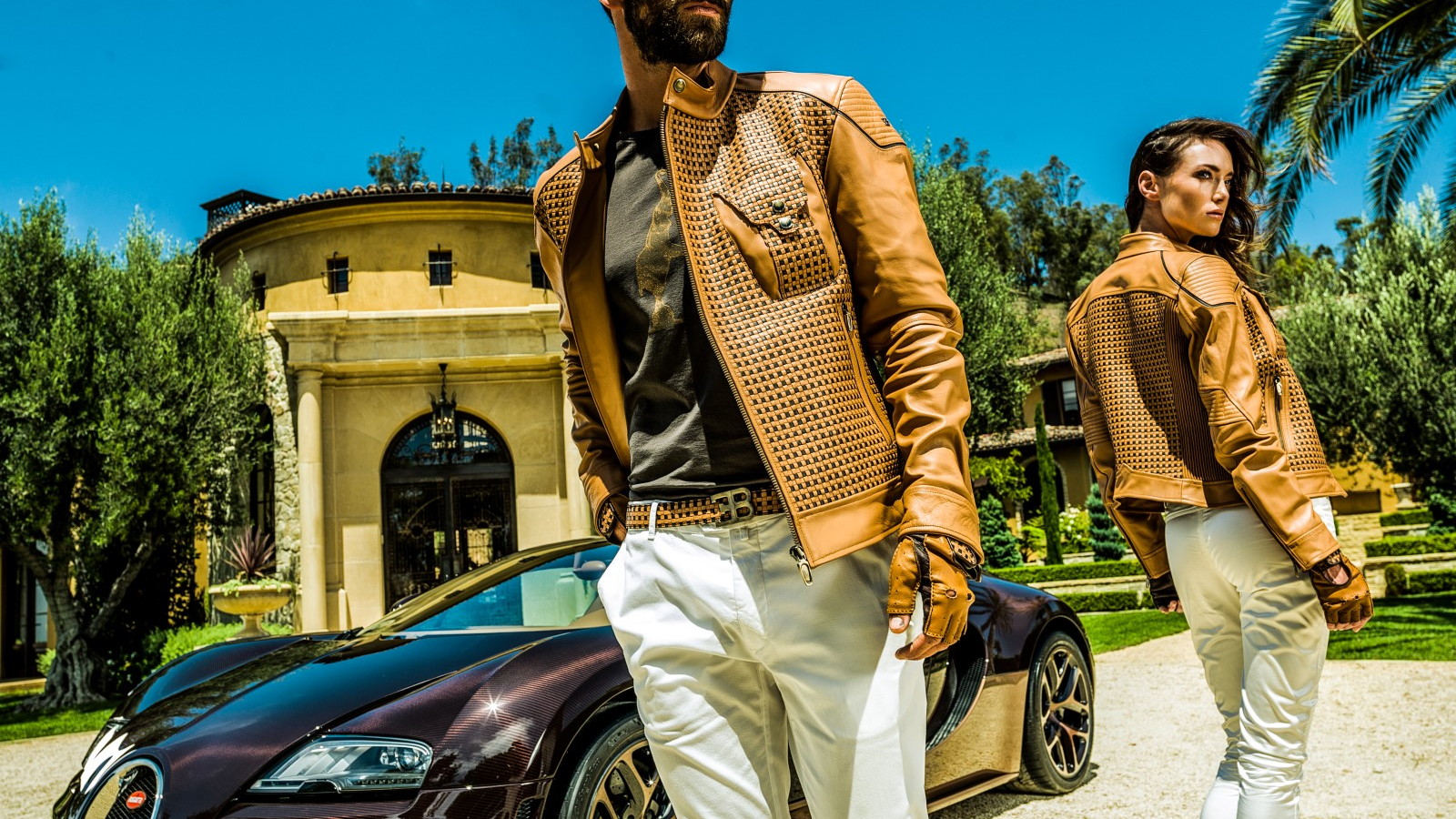 8
photos
Bugatti chose the Pebble Beach Concours d'Elegance and The Quail, A Motorsports Gathering events to bring together all six of its "Legends" special edition Veyrons for the very first time. One might think that bringing six unique examples of the world's fastest supercar together would be enough at such a prestigious event, but just in case, Bugatti also launched the Legends Capsule Collection—tailored clothing inspired by each vehicle.

All manner of creatures have been sacrificed to produce a line of clothing Bugatti says is as exclusive as the cars themselves. Buffalo, deer, calf and cordovan leather is used, joined by precious metal elements in what the firm calls 'a harmonious union of technology and sophisticated luxury'. For each of the six "Les Légendes de Bugatti" editions, there's both a male and a female outfit, with patterns and colors inspired by those used on the cars.

It starts with the "Jean-Pierre Wimille" Legend, whose bi-color buffalo hide jackets are feature tie-dyed "heritage treatment". There are also dedicated T-shirt designs—the female line is inlaid with Swarovski crystals—with belts, driving gloves and even a straw hat joining the outfit.

The "Jean Bugatti" Legend has an Atlantic Type 57 silhouette printed onto the T-shirt, while the woman's T-shirt has silk kimono sleeves. Leather jackets reappear with the "Meo Costantini" Legend set, as do straw hats, while the "Rembrandt Bugatti" Legend jackets mix cacao-colored intertwined calfskin with bronze galvanized metal parts. And a carbon-fiber style silk lining. And a dancing elephant logo.

"Black Bess" outfits include black deerskin leather jackets, more T-shirts decorated with Swarovski crystal details and, as with several of the others, an EB-monogrammed belt buckle. And no, you're not getting away from straw hats that easily. Finally, named for the company's founder, the "Ettore Bugatti" Legend clothing comprises hand-brushed cordovan leather jackets with blue silk lining and all-over carbon-fiber prints. An EB belt-buckle returns, and the hat of choice is a Borsalino. We can neither confirm nor deny that it too is made of straw.

"Authentic and with attention to detail, this Bugatti Legends capsule collection is one of the first tailor-made lifestyle projects the brand has dedicated to its customers," says Bugatti's brand manager Massimiliano Ferrari of the clothing lines. No price is quoted, but given each line's exclusivity we'd be surprised if any make it beyond the catwalk. On the plus side, you probably can't afford the Bugatti either, so need never worry about going out in inappropriate attire...