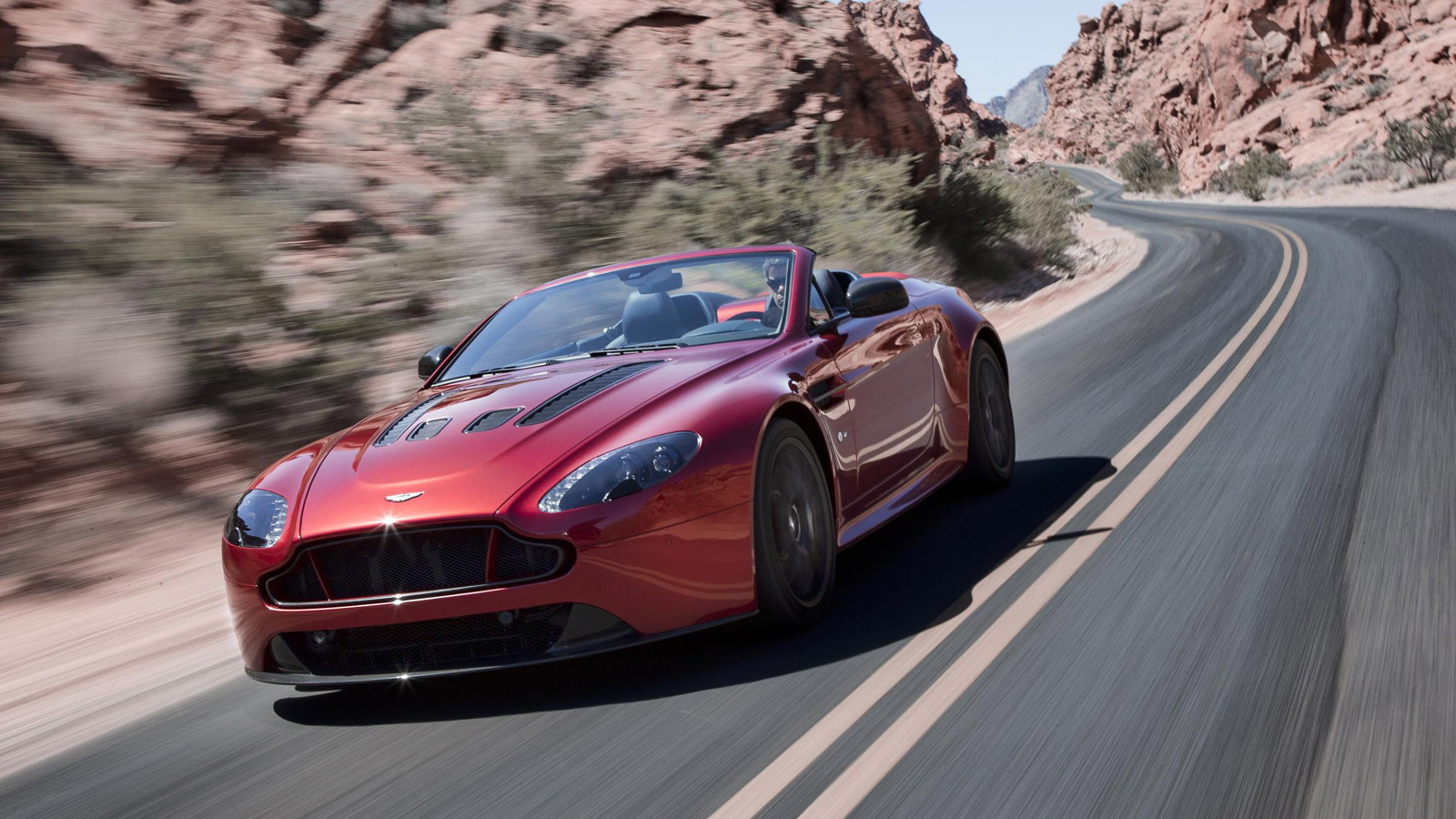 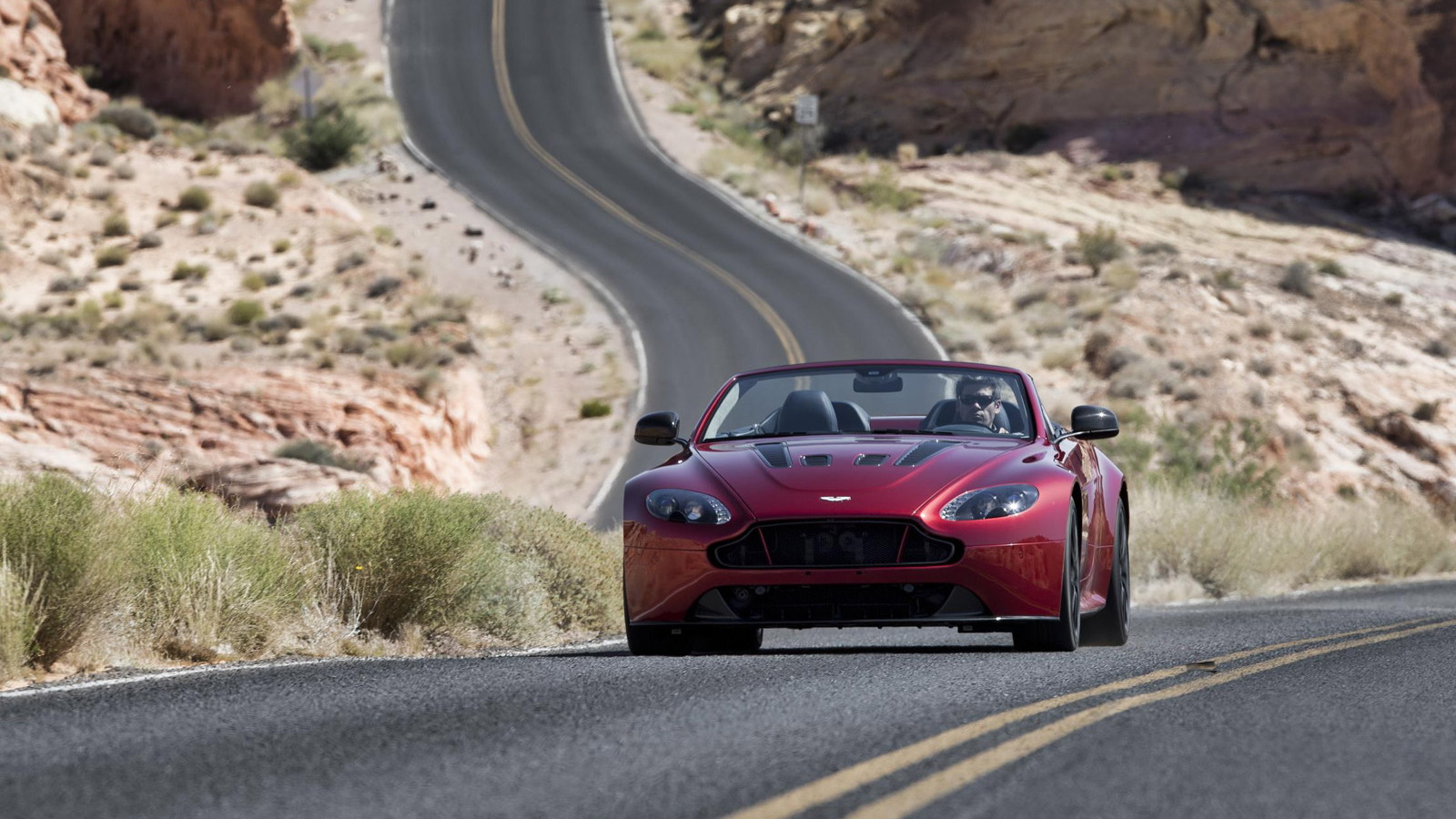 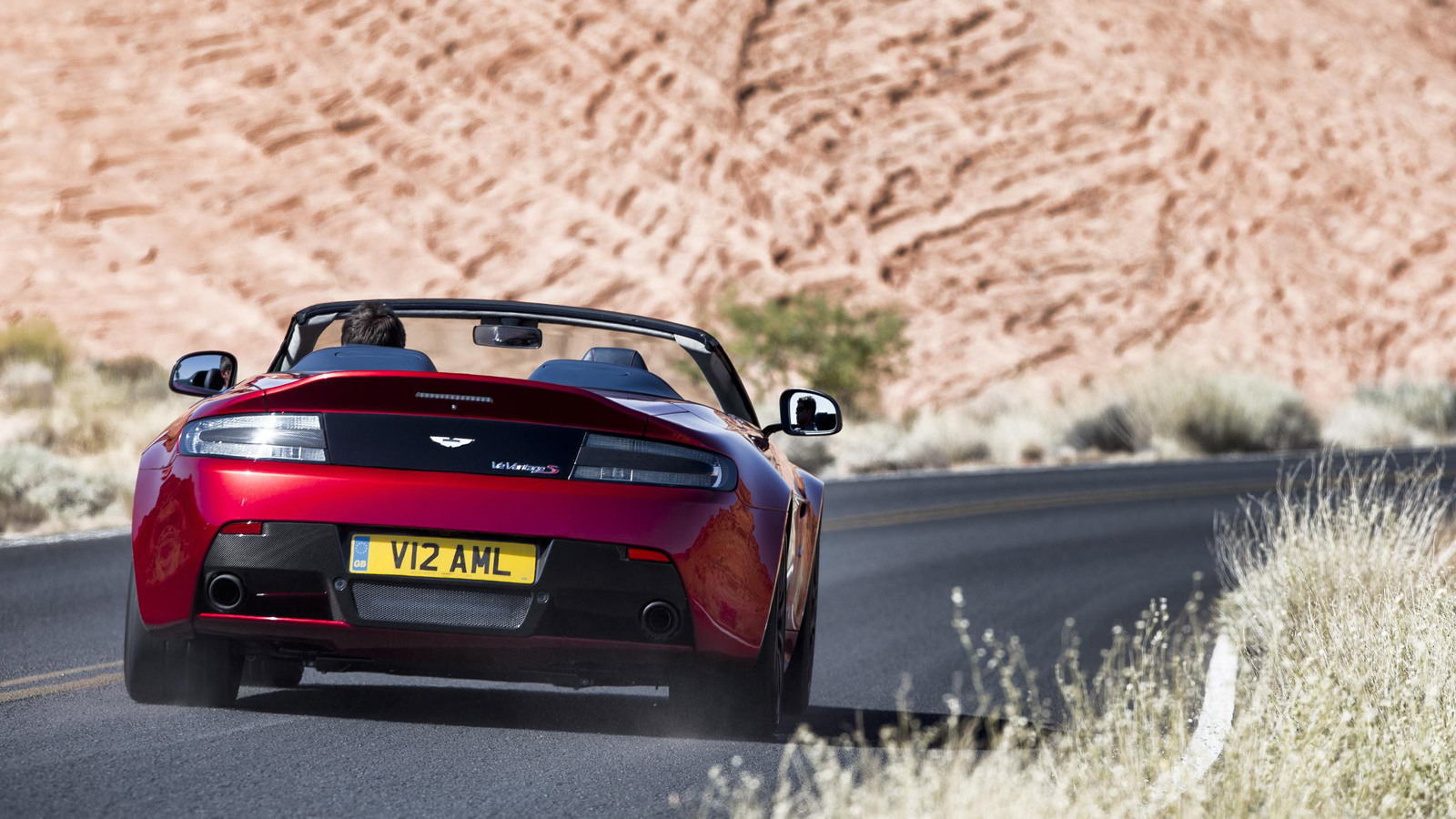 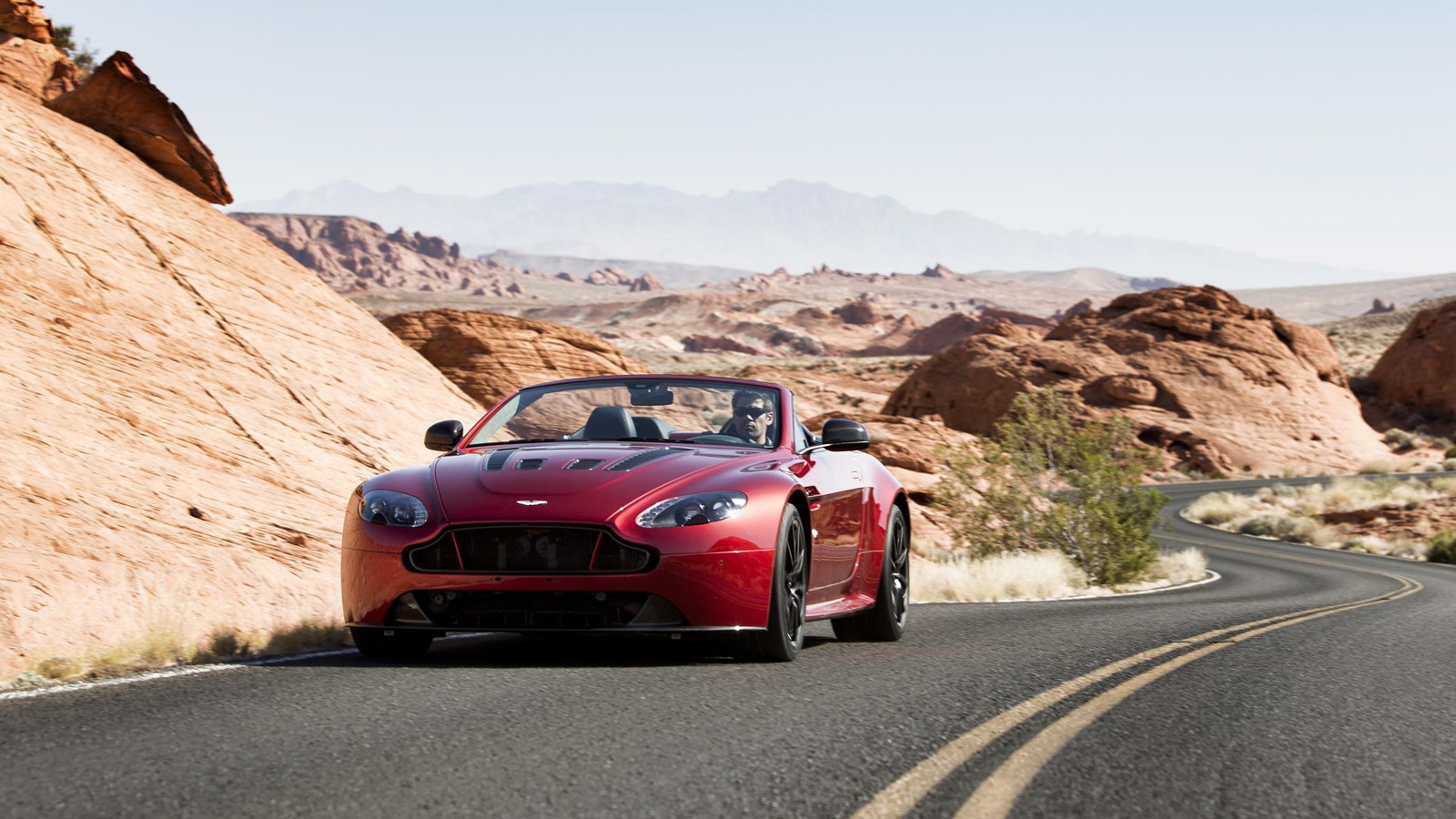 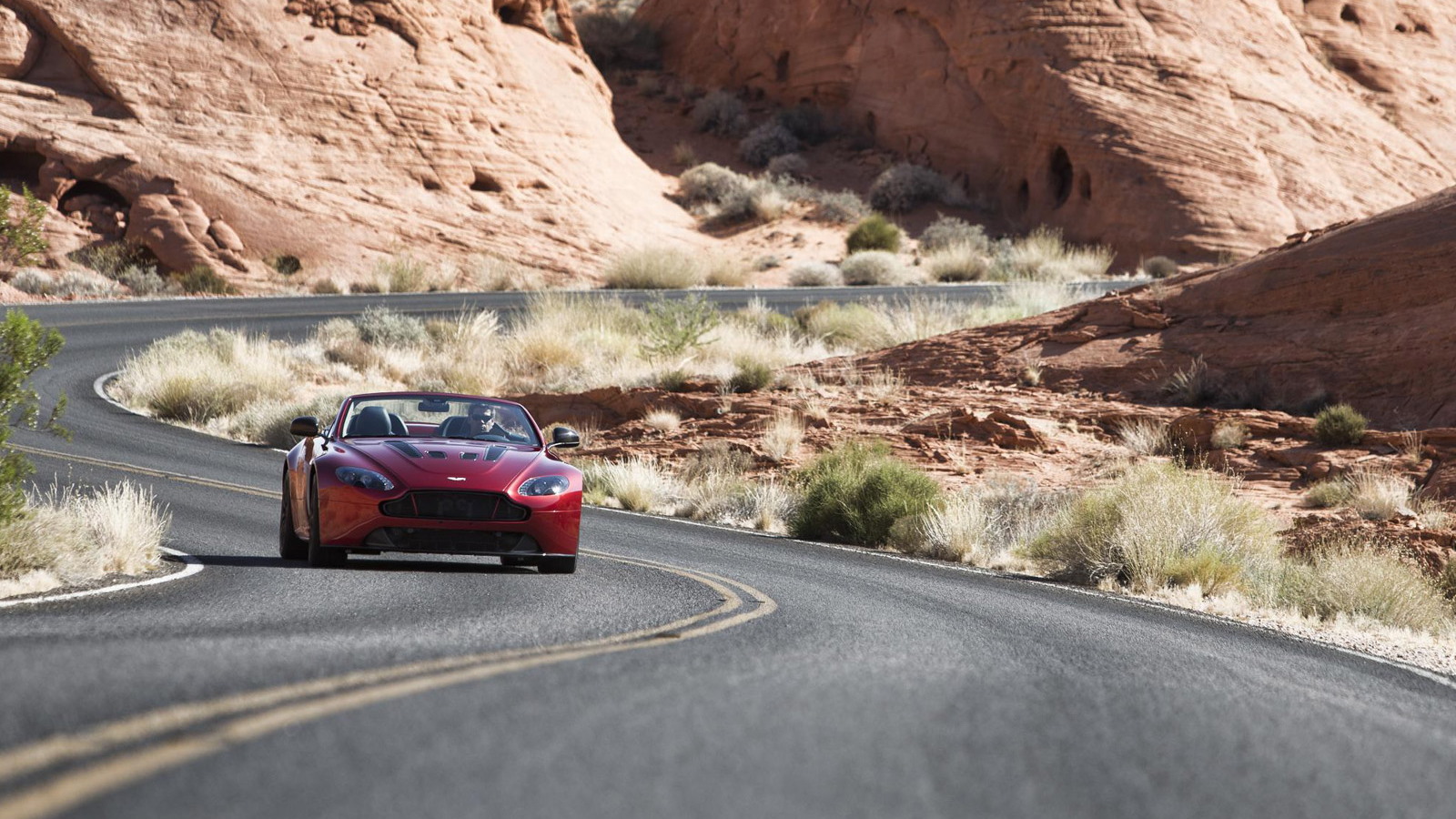 14
photos
With the V12 Vantage S, Aston Martin followed the tried and tested method of shoehorning its biggest engine into its smallest car, and the result—as you may have guessed—is simply astonishing. Now, the coupe has been joined by a convertible and the performance of the open-top car is just as extreme.

Yes, the Aston Martin V12 Vantage S Roadster, which is new for 2015, packs the British automaker’s venerable 6.0-liter V-12, which in its latest application musters up 565 horsepower and 457 pound-feet of torque. Those figures are up 55 hp and 37 lb-ft respectively on the output of the previous V12 Vantage Roadster, which this model replaces, but more importantly the car’s engine is already producing 376 lb-ft of torque at just 1,000 revs.

This results in almost neck-snapping acceleration in any gear, and off the line the car will rocket to 60 mph in just 3.9 seconds. Top speed is 201 mph, which is 4 mph shy of the V12 Vantage S coupe’s Vmax.

As with its coupe sibling, race car technology runs right through the DNA of the V12 Vantage S Roadster with, for instance, CNC machined combustion chambers and hollow cam shafts just two examples of track technology feeding through to the road. Drive goes to the rear wheels only, via Aston’s unique SportShift III automated-manual transmission, which comes with seven forward gears and paddle shifters. The unit, which replaces the six-speed manual gearbox found in the previous V12 Vantage Roadster, is not only stronger but around 44 lbs lighter, too.

There is also a system to adjust the vehicle dynamics, including three-stage settings (Normal, Track and Sport) for the suspension damping and electronic stability control. Even the ABS is tweaked, but with only two-stage settings for safety reasons. The system also governs the level of power steering assistance offered. An additional system, activated via a button on the center console, alters throttle response, gearshift speed and timing, and exhaust note. The exhaust system, by the way, is based on the design used on Aston Martin’s One-77 hypercar.

In keeping with the V12 Vantage S Coupe, the Roadster does away with the famous aluminum vanes in the Aston Martin grille—replacing them with a carbon fiber arrangement that also includes sporty black or titanium silver mesh. Created to maximize airflow to the V-12 engine, the new grille is inspired by both the unit on the CC100 Speedster Concept and the Vantage race cars. Other distinguishing features of the V12 Vantage S Roadster include the option of lightweight forged alloy ten-spoke wheels.

To dress up the aging cabin, designers have added new-style seat trim and the choice of lightweight carbon fiber seat backing. Also available is a carbon pack that adds a number of additional carbon fiber touches to the cabin.

Sales of the 2015 Aston Martin V12 Vantage S Roadster commence later this year. Pricing is yet to be announced but expect a slight premium over the $184,995 starting price of the coupe. Of course, there is a long list of desirable items from the Q by Aston Martin personalization department that will quickly inflate the sticker.