Aston Martin’s recently revealed 2015 Vantage GT, or Vantage N430 if you’re outside the U.S., will run in this year’s Nürburgring 24 Hours endurance race. Two examples will be entered, one of them in the SP8 class and another in the SP10 class. The cars will race in close-to-production specification, but featuring full FIA race safety equipment.

Aston Martin has been racing in the Nürburgring 24 Hours since 2006, using the event as an intensive product prove-out and also as a means to further develop its road car portfolio. In fact, the British automaker has a permanent test facility located at the ‘Ring. From this base, all of the automaker’s road cars are developed and signed off, including the latest Vantage GT.

Powering the car is a 430-horsepower version of the V8 Vantage’s 4.7-liter V-8, which can either be hooked up with a six-speed manual or seven-speed automated manual with paddle shifters. The 0-60 mph sprint in the Vantage GT takes just 4.6 seconds and top speed is 190 mph. 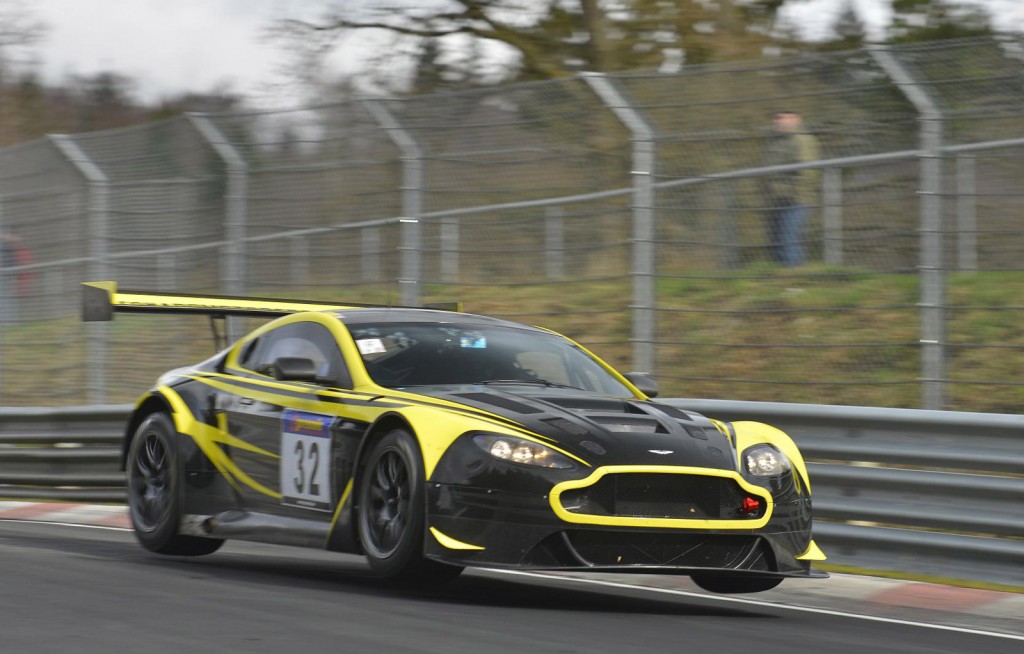 In addition to the two Vantage GTs, Aston Martin will be fielding a V12 Vantage GT3 race car, which will gun for the overall win in the grueling race. This car will compete in the SP9 class and be piloted by factory drivers Darren Turner, Stefan Mücke and Pedro Lamy.

Finally, a close-to-production 2015 V12 Vantage S driven by a team from Aston Martin's Nürburgring Test Center will also run in the SP8 class.

“The Nürburgring 24 Hours is one of the most challenging races in the world,” Aston Martin motorsport chief John Gaw said in a statement. “Aston Martin has an exceptional 100 percent finishing record in the race and our aim with the GT3 is not only to maintain this, but to give our all to challenging for the race win.”