Now that Lamborghini’s new Huracán LP 610-4 supercar has been revealed and is on its way to customers all over the globe, attention turns to its racing variant being developed for the Lamborghini Blancpain Super Trofeo racing series that runs in North America, Europe and Asia. Currently, a Gallardo-based race car is used for the one-make series but a Huracán-based car has been confirmed to start testing midway through the 2014 season.

Lamborghini and its Squadra Corse motorsport division have now announced that racing drivers Fabio Babini and Adrian Zaugg have been recruited to help develop the new race car, which will officially be known as the Lamborghini Huracán LP 610-4 Super Trofeo. They will report to Giorgio Sanna, Lamborghini’s chief test driver and its new head of Squadra Corse.

“The duo of Babini and Zaugg brings an important blend of experience and racing talent,” Sanna said in a statement. “They will be focused on not only important aspects such as the Huracán Super Trofeo’s ultimate performance, but also the right feel and setup of the cars to suit our series.”

Babini was named overall winner of the European Lamborghini Blancpain Super Trofeo series in 2009 and 2011. He’s also competed in the FIA GT series as well as the 24 Hours of Le Mans, and served as a test driver for Pirelli. Zaugg, meanwhile, has competed in GP2 and the former A1 Grand Prix.

Initial testing of the new Lamborghini Huracán LP 610-4 Super Trofeo race car will get underway at the Vallelunga circuit near Rome later this year. For Lamborghini, the circuit represents an ideal mix between technical sections good for manoeuvrability, and a fast section on which to tune aerodynamics.

No specifics for the car have been announced but from its name we know it will match the 601 horsepower of the road-going Huracán. It is expected to start racing in the 2015 season. 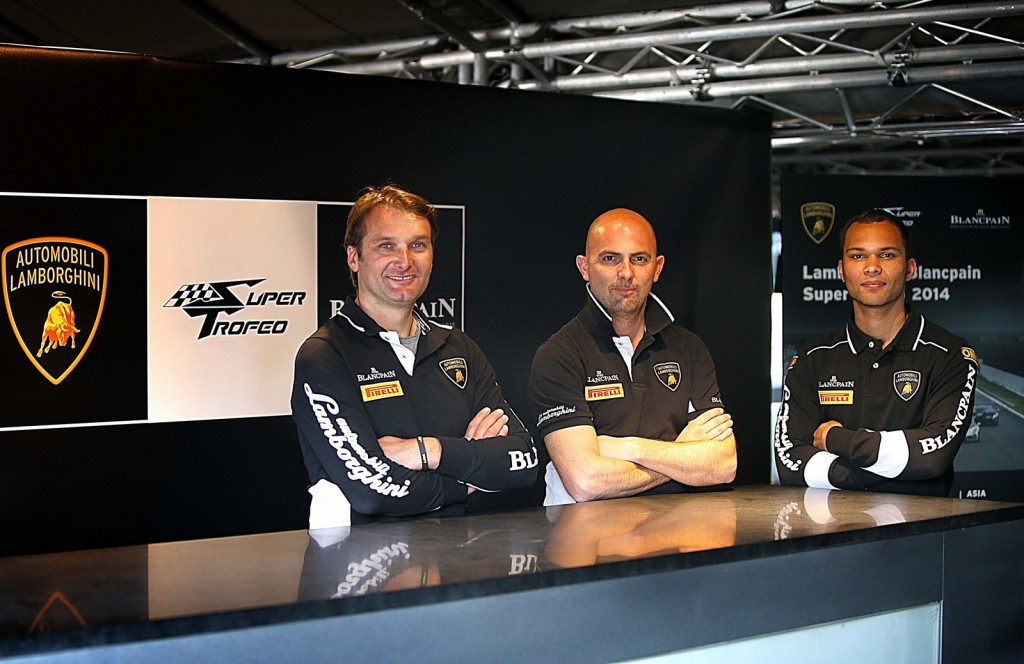