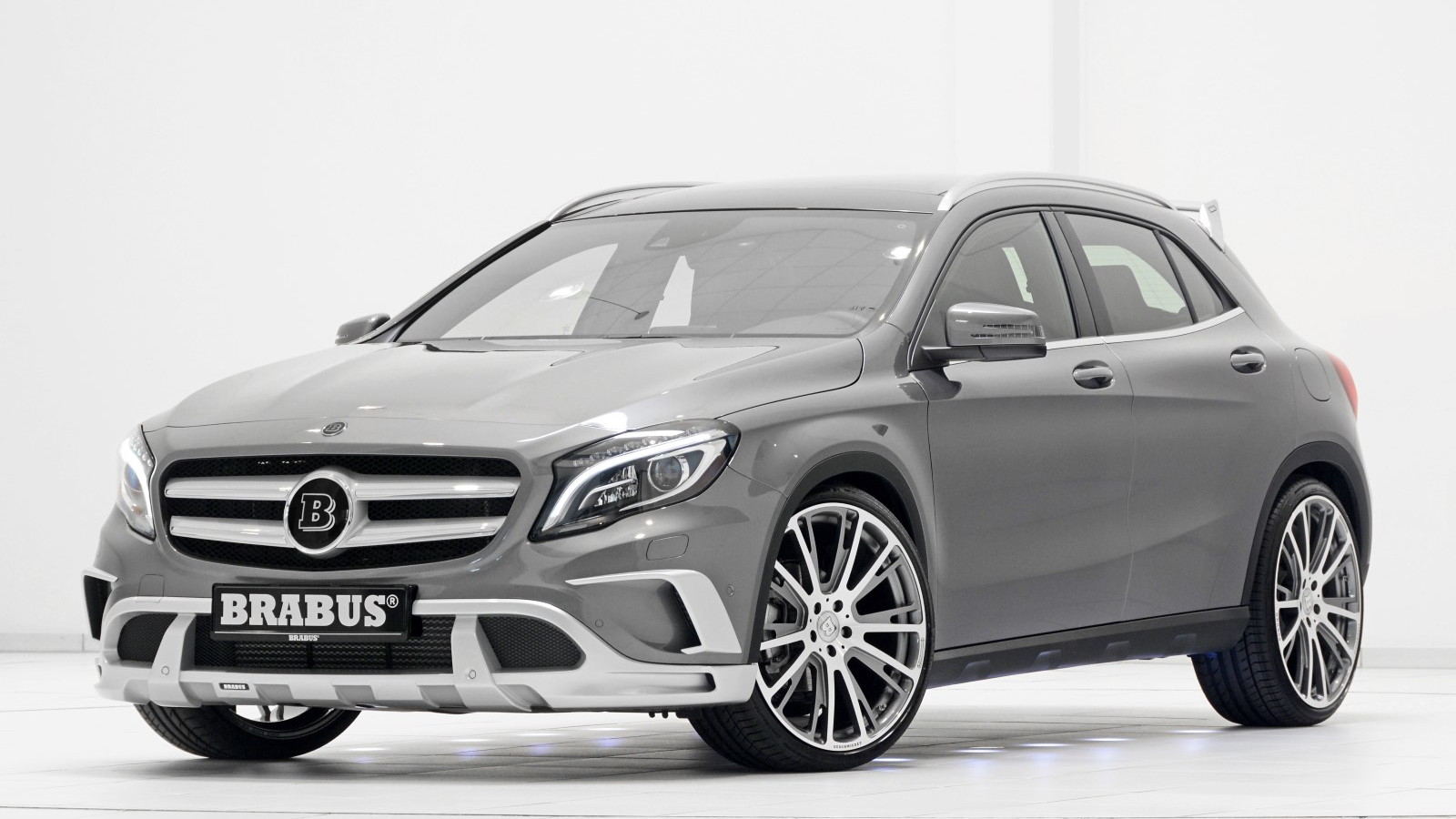 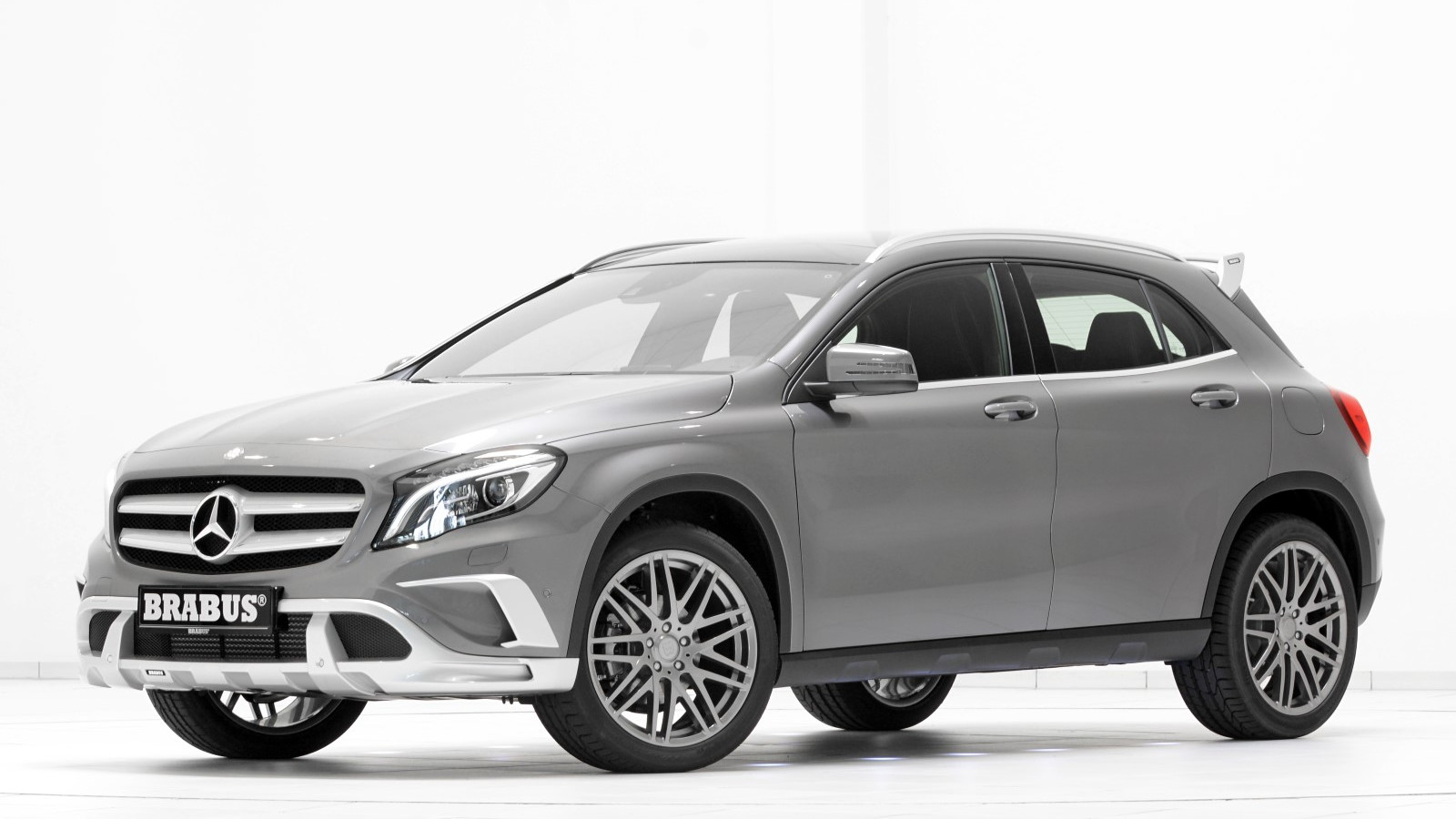 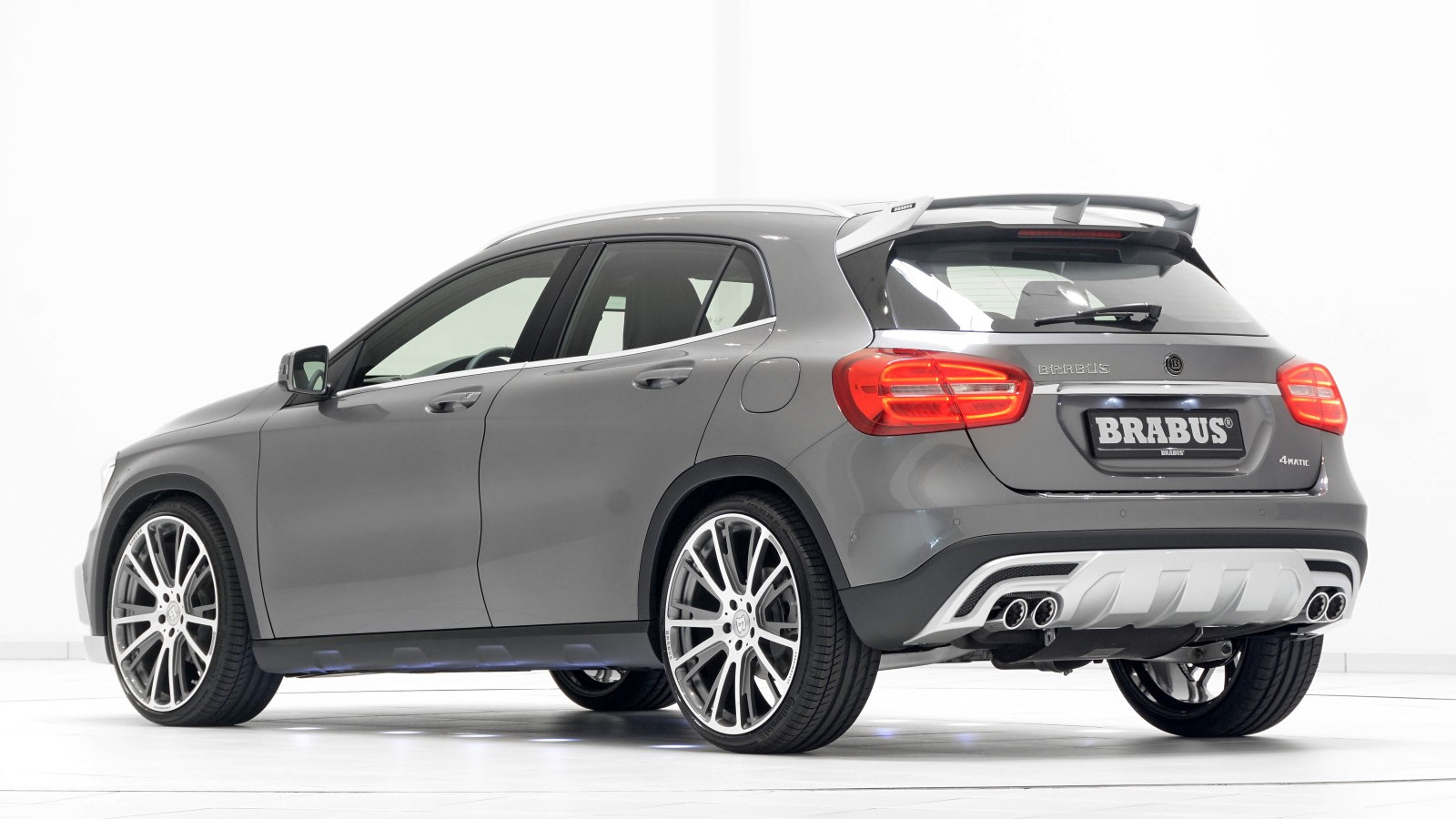 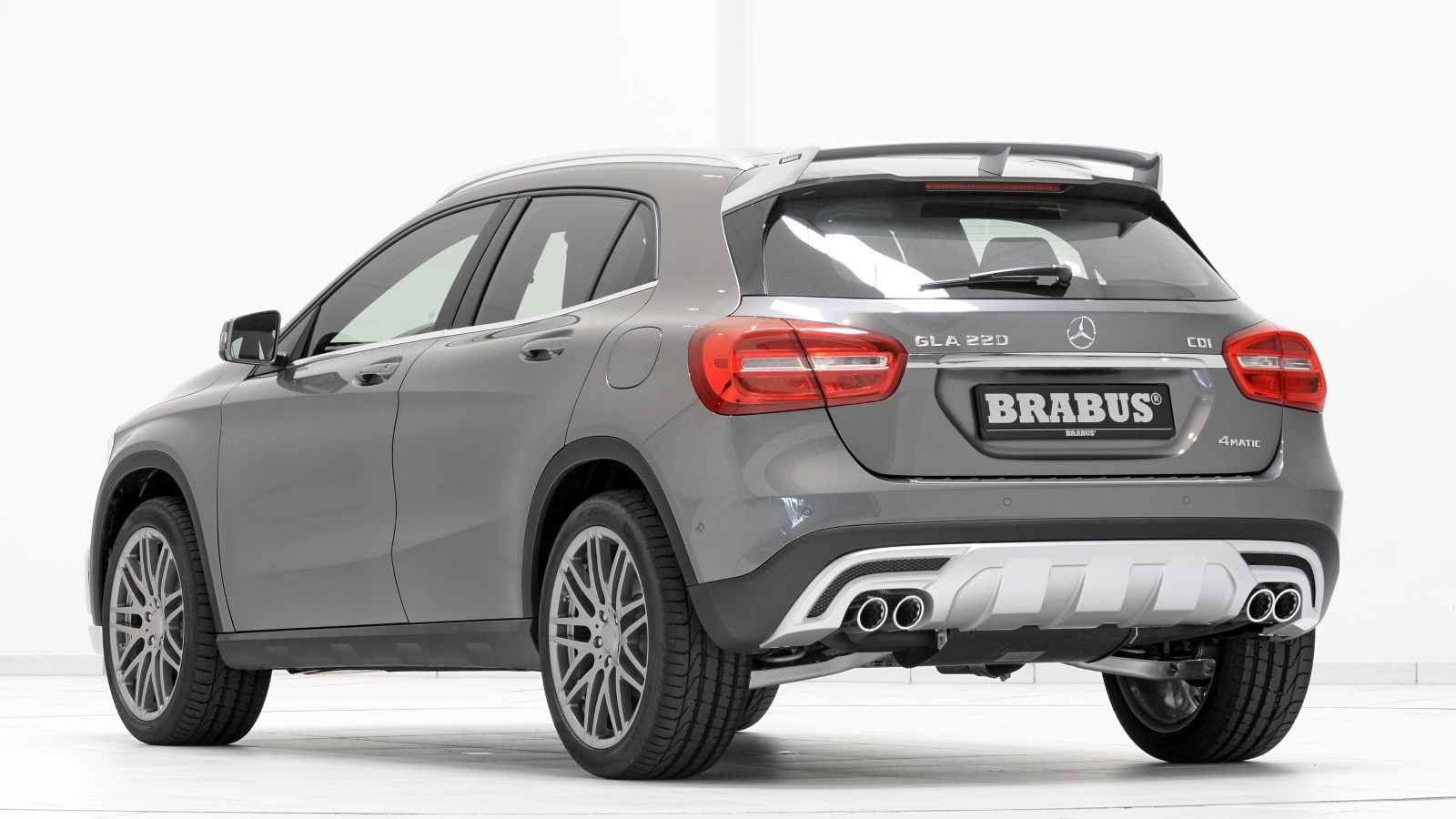 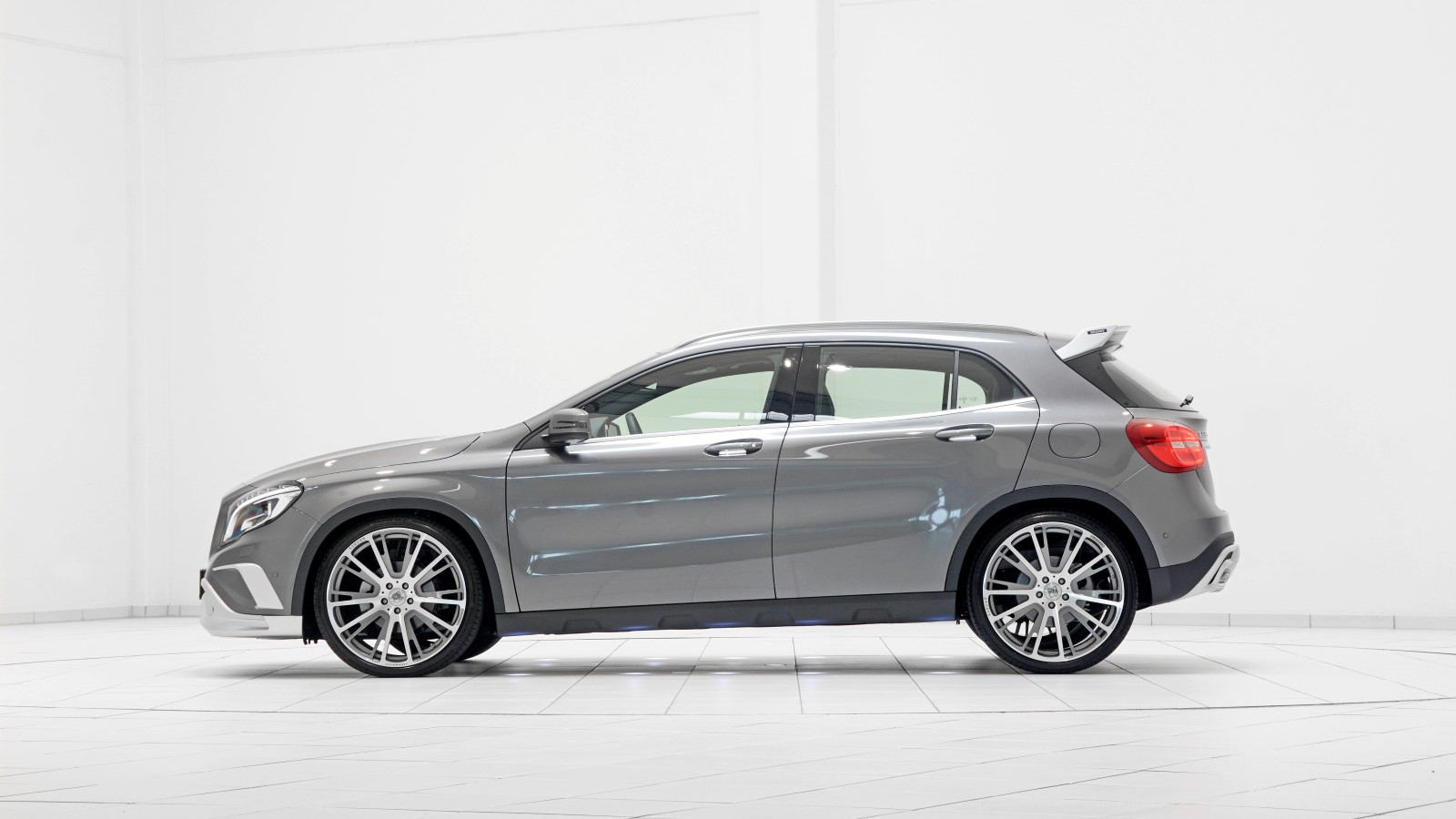 7
photos
If you like Mercedes-Benz cars but find the brand's own AMG line isn't quite fast or eye-catching enough, you've probably heard of Brabus. The Bottrop-based tuner modifies Smarts to S-Classes and everything in between—and now it's turned its attention to the brand-new GLA-Class crossover.

As ever, a styling package is central to the modified GLA's appeal. Brabus options include a new front grille proudly displaying the Brabus 'B' logo, with a new front bumper insert below that tapers to the sides like a lower spoiler. The GLA's standard side air inlets are also enhanced with Brabus trim. At the back, customers will find a hatchback-mounted rear spoiler, another bumper insert—designed to match the underride guard design found at the front—and new cutouts in the lower bumper, designed to accommodate a beefier tailpipe layout. In this case, that's the four-tailpipe layout of Brabus' accessory stainless steel exhaust system.

Optional alloy wheel designs range from 18 to 21 inches. Unusually, Brabus gives you the option to raise the car's suspension, as well as the typical tuner lowering approach. Customers, Brabus says, often want an even higher seating position for a better view of traffic, and easier entry and egress. A raising kit extends the ride height by 1.2 inches, while an optional lowering kit drops it by an inch.

If you've bought the range-topping GLA45 AMG and aren't that enamored with its 355-horsepower output and 4.8-second 0-60 sprint, Brabus has the answer. Its PowerXtra kit boosts output to 394 horses, while torque jumps from the standard 332 lb-ft to 369 lb-ft. That's from a 2.0-liter four-cylinder, remember. The upgrades shave another four tenths from the benchmark sprint, putting the mild-mannered crossover well inside bona-fide sports car territory—and shorn of its top-speed limiter, the GLA now reaches 168 mph. Diesel models can also be tuned—the PowerXtra D3 kit lifts output to 208 hp and 302 lb-ft of torque, with an 8-second 0-60 dash.

You'll enjoy all this performance in comfort, as Brabus has waved its wand over the interior too. The CLA-Class dashboard design remains, but now it features bi-color stainless-steel kick plates, matte-anodized aluminum pedals, door-lock pins and Brabus aluminum shift paddles. The company's upholstery shop will take things even further--the sky is the limit, as far as leather and Alcantara finishings go. The price? The sky's probably the limit with that, too.