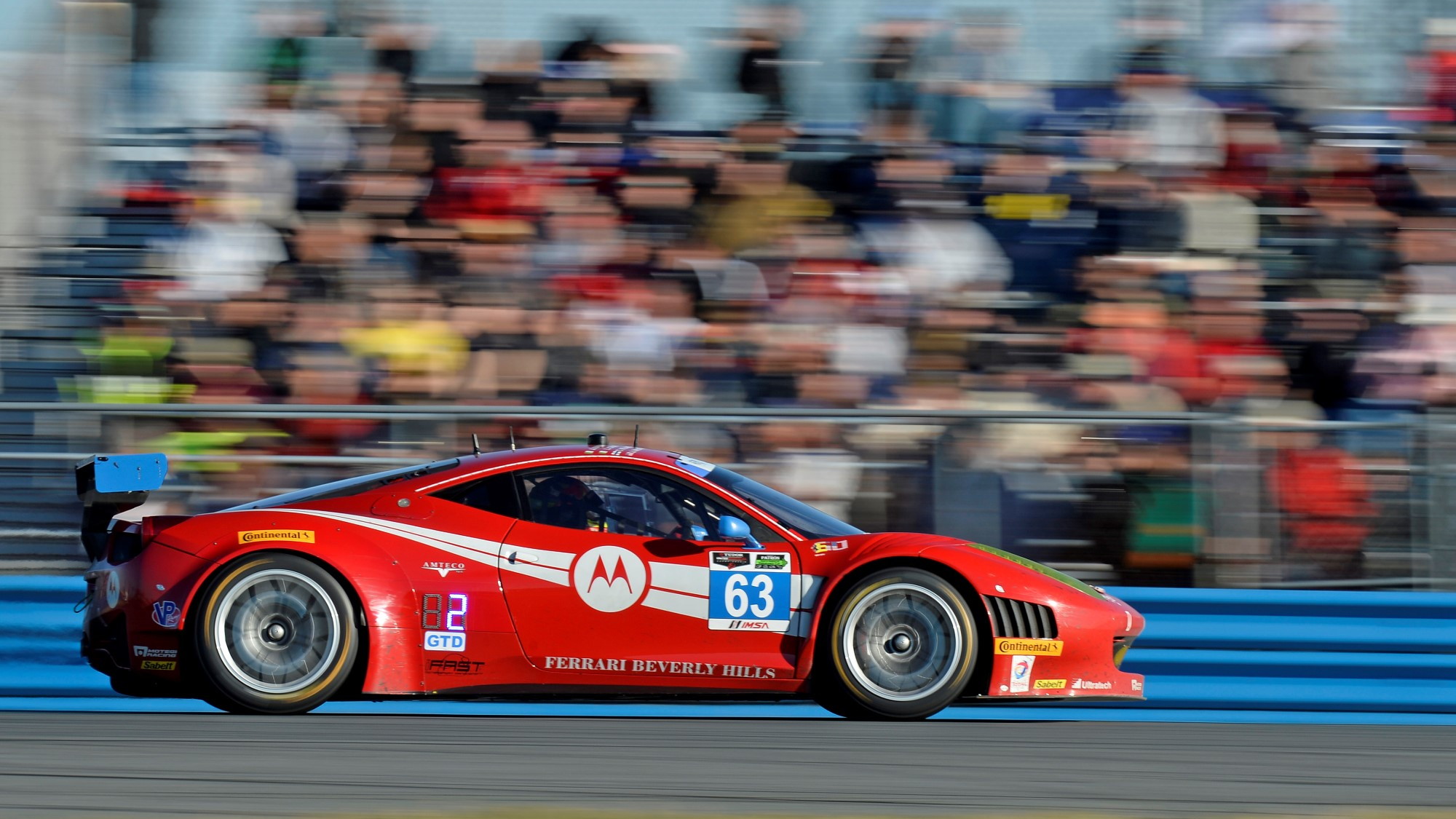 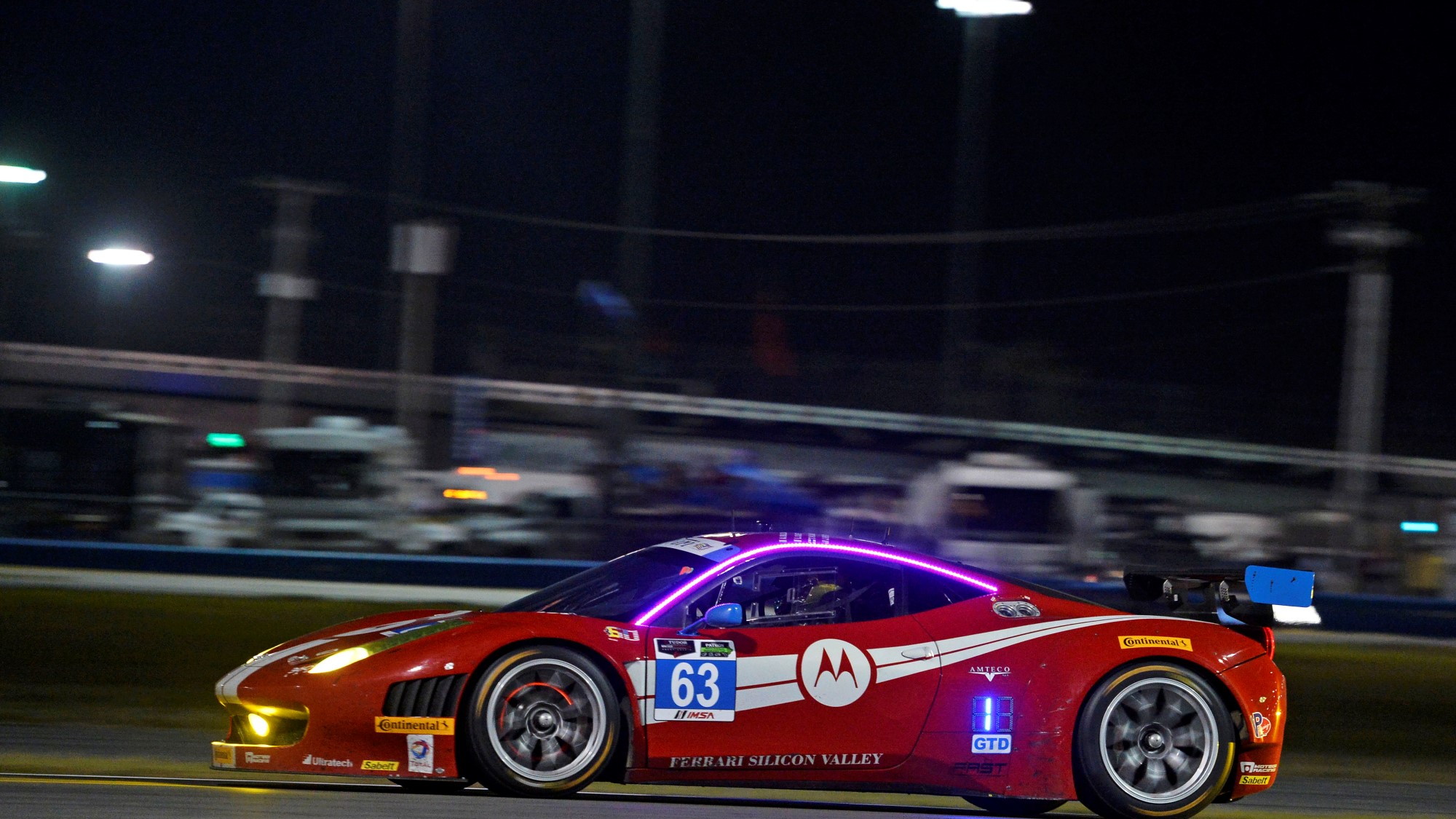 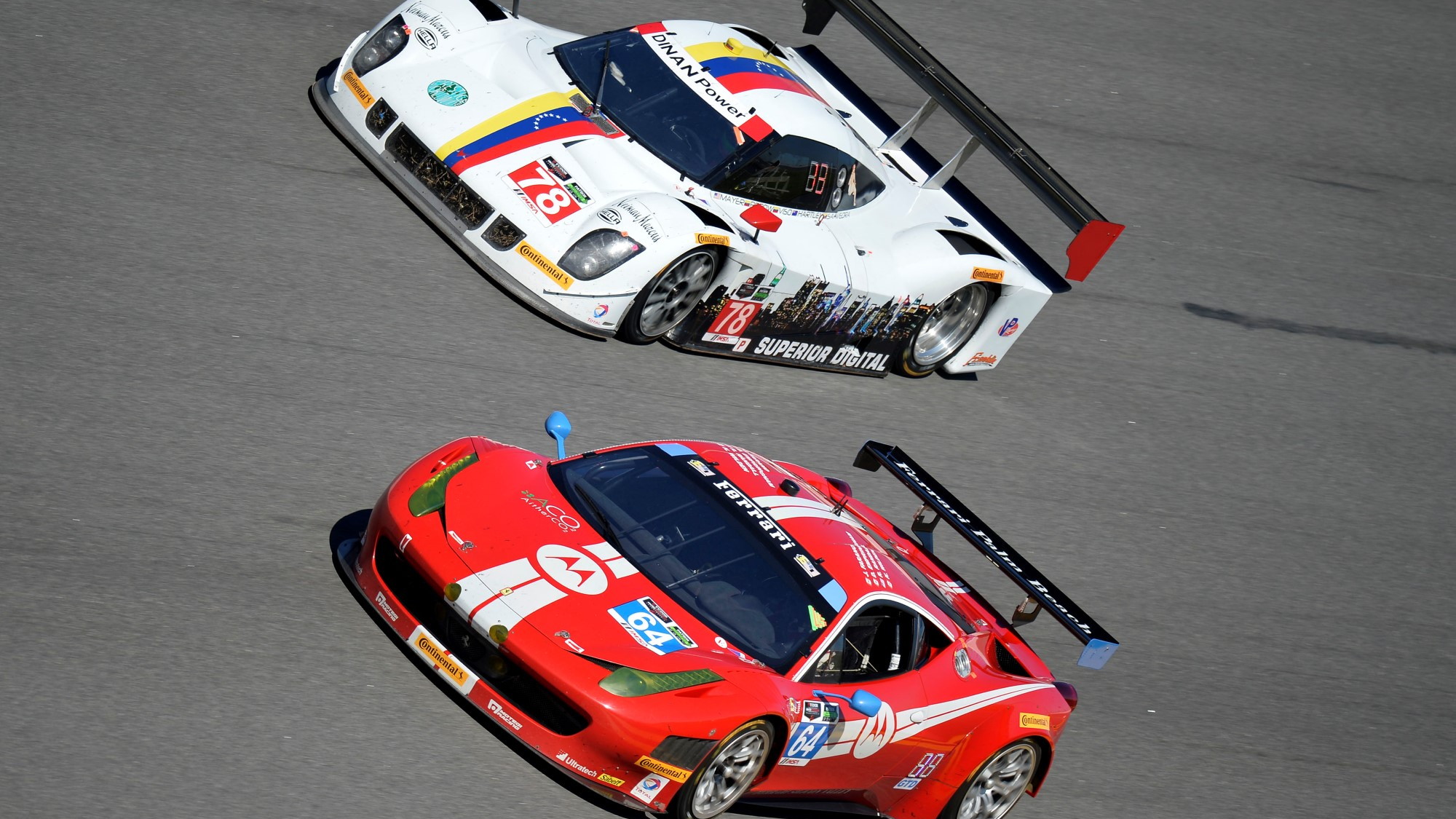 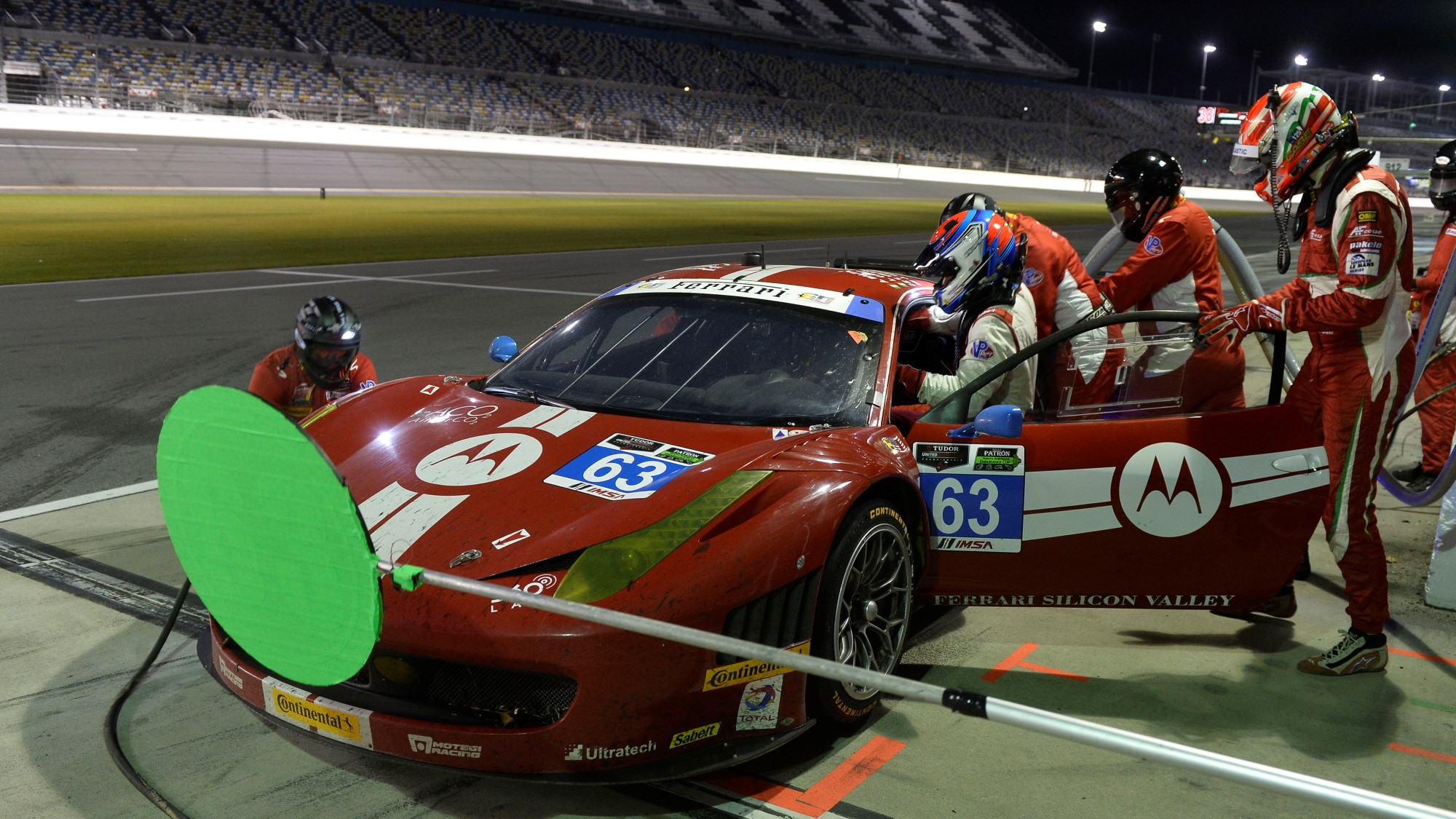 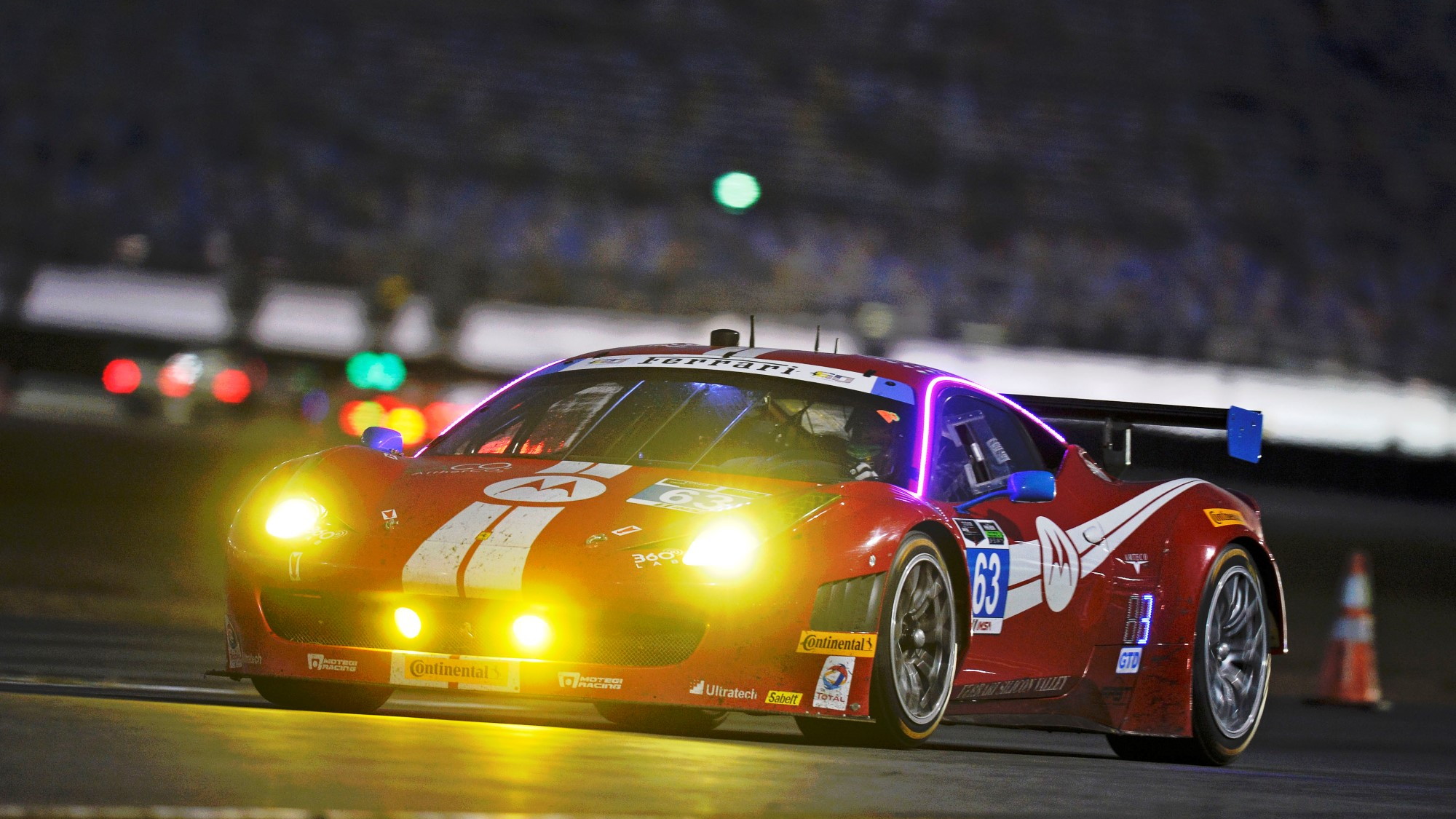 At the Daytona 24 Hours race this January, we sat down with Ferrari North America's CEO Marco Mattiacci to talk racing, touching on both the current Tudor United SportsCar Championship series, and Ferrari's history in endurance racing. How those things intertwine--or don't--and how Ferrari approaches its factory-backed customer racing program in the U.S. sheds light on the fight that's developing this year between Porsche, Audi, and Ferrari in the highly competitive and challenging GT Daytona class.

The Daytona 24 itself was fraught with peril and controversy. Partway through the race, Gainsco Bob Stallings driver Memo Gidley, piloting a Daytona Prototype into the setting sun, smashed into the back of Risi Competizione driver Matteo Malucelli's Ferrari 458 GTD car at over 100 mph. The resulting impact was shocking, but fortunately both drivers survived, though each was injured, and Gidley is still recovering from extensive injuries.

On the final lap of the race, the hard-charging Flying Lizard Motorsports Audi R8 LMS of Markus Winkelhock appeared to be forced off the track during a challenge for position with Level 5 Motorsports' Alessandro Pier Guidi at the wheel of a Ferrari 458 Italia. The Ferrari came out in the lead and took the checkered flag, but before it had finished waving, race officials slapped a penalty on the Ferrari, awarding the win to the Audi. A few hours later, that penalty was reversed, and Ferrari was back on top of the podium.

With so much on-track action (and an unfortunate amount of armchair intervention from the race organizer's box), it's clear that the rivalry between the GT Daytona teams is only heating up. The next stage of the American endurance racing series starts this weekend with the 12 Hours of Sebring, so we thought you'd enjoy hearing Mattiacci's perspective as it was during the race at Daytona.

Motor Authority: What are some of the strengths Ferrari brings to its North American endurance racing program?

Mattiacci: In the last six years, Ferrari has been extremely consistent in delivering amazing products, amazing races, amazing drivers, and making this country the most important. It is the largest market, one of the largest fanbases, and the largest number of collectors. The consistency in fighting every weekend under different forms in every track, the consistency to be always competitive.

Motor Authority: Sitting just outside the building is the NART Ferrari 250 GTO, an icon of North American endurance racing history. How does that relate to today's racing?

Mattiacci: The 250 GTO is really an embryonic phase of Ferrari. Today we have the Ferrari 458 Italia, probably one of the best Ferraris ever, the important thing is that what we are showing to the world is that we have a car that can do a 40-minute challenge race, then come here with the same car, but win a 24 hours. Ferrari nuts and bolts, made by Ferrari in Maranello. Very few of these people at this race battling with us today can claim the same.

The 250 GTO was very innovative for its years. Likewise, the 458 Italia is very innovative today. Can you compare the two ways of racing, the braveness of drivers like Phil Hill, to the drivers of today? I don't know, they are brave too. But it's a different environment, there's a big organization behind it all. Today is the first race with IMSA, the merger of Grand Am and ALMS, to open a new chapter of racing in the U.S.

Motor Authority: Ferrari races all over the world. How does the atmosphere in the U.S. compare to Europe or Asia?

Mattiacci: I love it here. GT racing in the United States gets customers extremely close to the drivers, to the cars--extreme accessibility. It gives the possibility for the enthusiasts to get close to the drivers and dream of them. Ferrari is an aspirational brand, there are millions of people that love us, but probably will never buy a Ferrari--but they foster the brand and are very passionate.