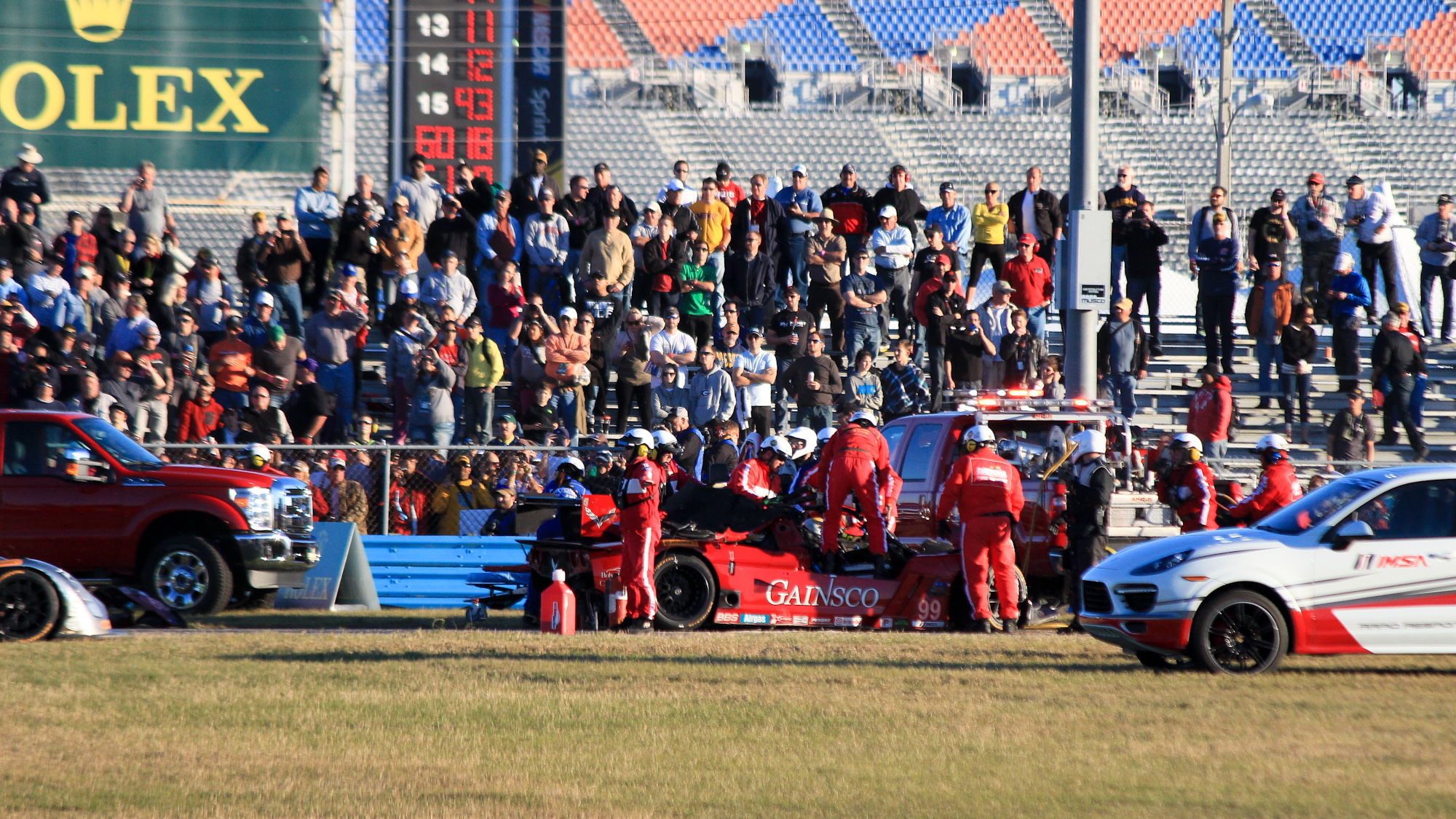 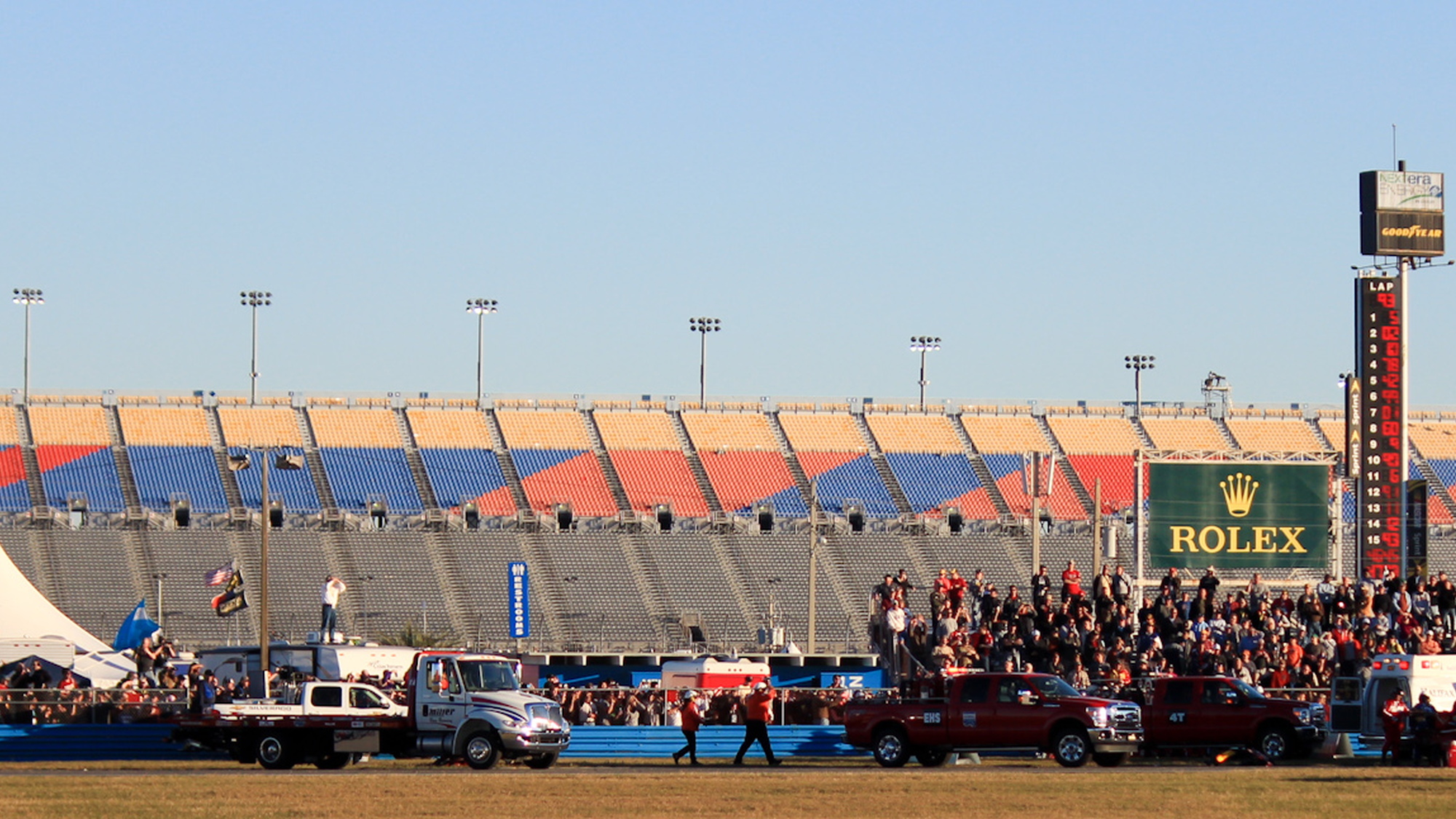 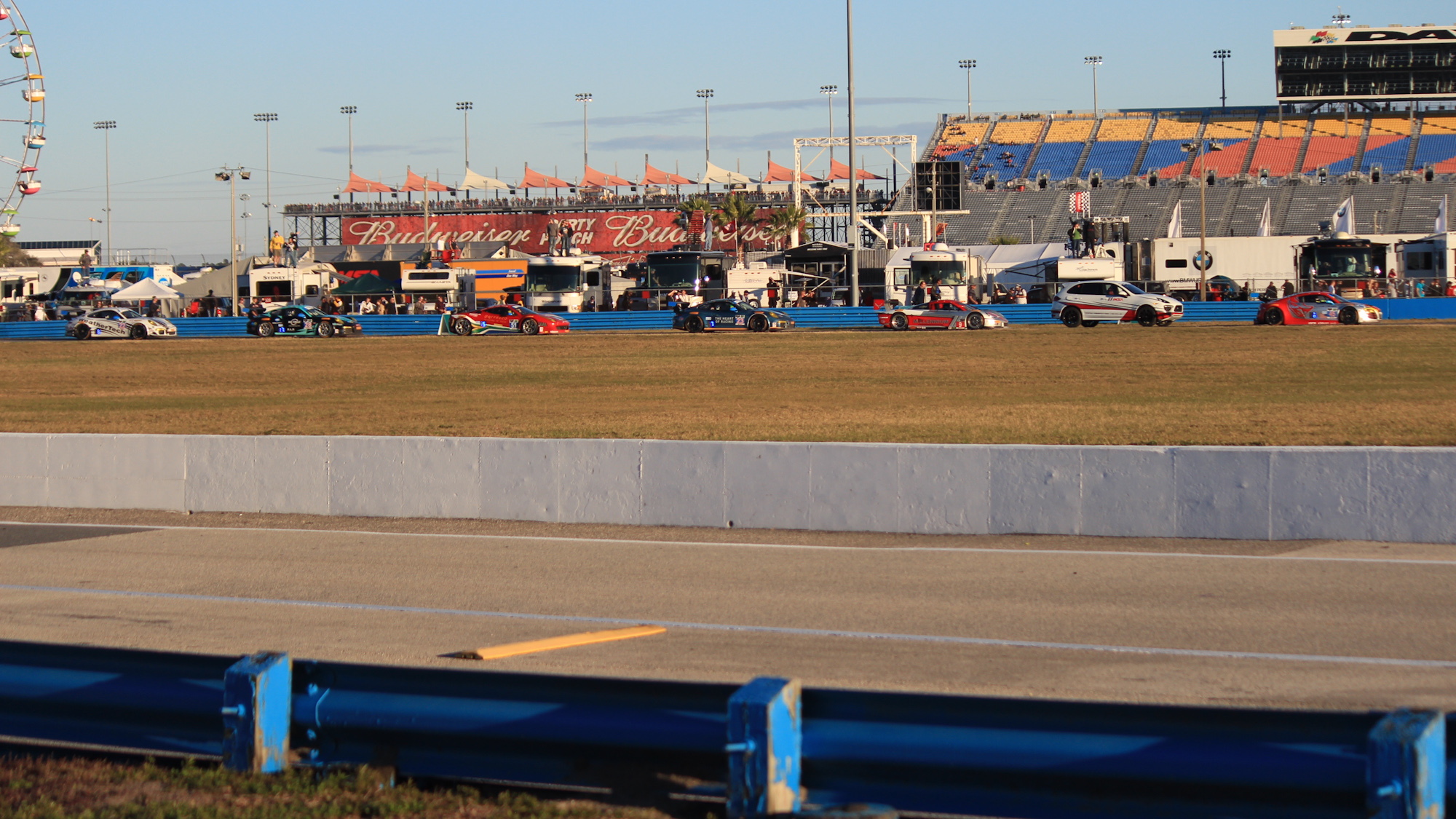 3
photos
Just over three hours into the Rolex 24 at Daytona, a crash just after the International Horseshoe brought brought a red flag stop to the race, and put the well-being of drivers Memo Gidley (Gainsco #99) and Matteo Malucelli (Risi Competizione #62) on everyone’s mind.

The accident occurred as Gidley, in the faster Daytona Prototype, sought to overtake another Ferrari, the #65 car piloted by Longo/Serra/Negrao/Gomes. Unknown to Gidley, the #62 Ferrari 458 Italia of Malucelli was having issues of its own, moving very slowly down the course on the left-hand side—but apparently not visible to Gidley. The Gainsco #99 swept left of the #65 car, striking the #62 Ferrari at full speed. It was a shocking impact.

Safety workers were on-site quickly, and worked for more than 30 minutes to secure and free both drivers. Both Gidley and Malucelli have been taken to Halifax Health Medical Center near the track, where IMSA later tweeted that both drivers were awake and communicating, a hopeful sign.

Gidley's race team, Gainsco Bob Stallings, released a small update on Gidley's condition on its Facebook page early this morning, saying, "Memo Gidley underwent surgery on his left arm and left leg and he is currently under observation and further evaluation at Halifax Health. We will continue to provide updates as they are available." Gidley is also said to have an unstable fractured vertebrae, which will require further surgery before he can be transferred from the Halifax Health center.

Ferrari's Corse Clienti has released a statement on Malucelli's condition, explaining that "Malucelli remains under observation with severe cerebral concussion, but the situation is not critical."

Our thoughts are with both drivers and their families, their teams, and their friends.